The next big thing in low-carbon aircraft isn't really an aircraft at all.

It's a wing, mounted to the back of a Peterbilt truck.

NASA is using this rig to test a concept that involves replacing today's large and thirsty jet engines with an array of electric motors.

It's an engineering shift that could lead to a complete rethink of airplane design, and significantly lower carbon emissions too, reports The New York Times.

Studded with 18 electric motors, the truck-mounted wing is part of a NASA research project called LeapTech.

Researchers drive the truck up and down runways at NASA's Armstrong Flight Research Center--located at Edwards Air Force Base in California--to simulate the conditions of takeoffs and landings. 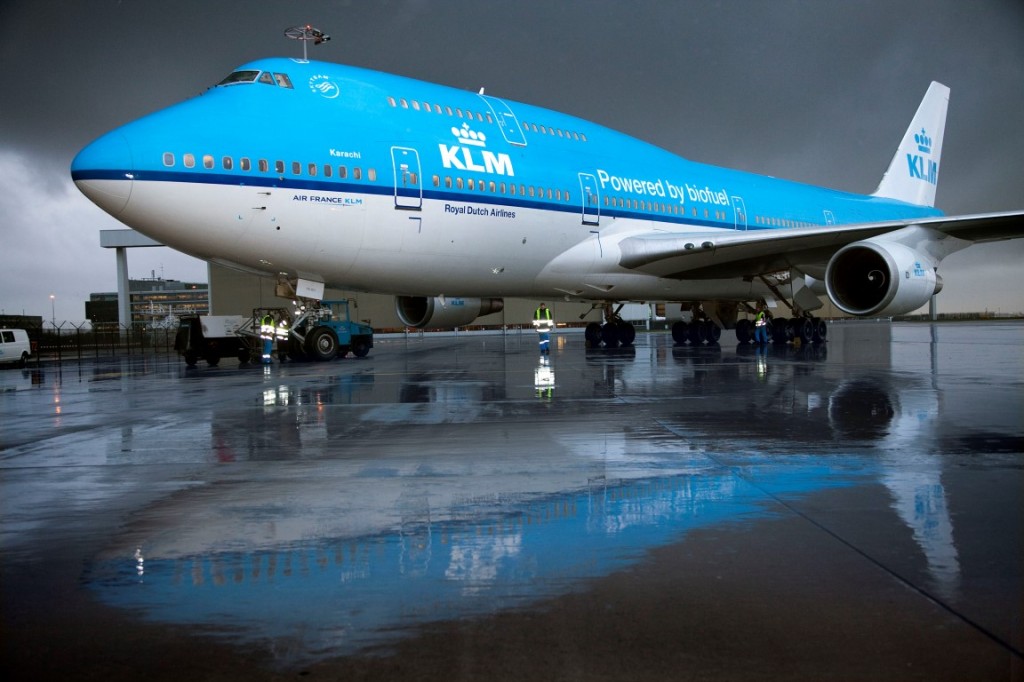 This is to test a concept known as "distributed propulsion"--which involves moving components to different parts of the aircraft for aerodynamic or other design benefits.

Because jet engines are large and complex, electric motors are the only option for researchers.

Distributed propulsion brings certain aerodynamic benefits. Placing the motors on the leading edge of the wing results in accelerated airflow over it--increasing lift at low speeds, like those encountered during takeoffs and landings.

This in turn allows the wing to be made narrower, which increases efficiency at cruising speeds by reducing drag.

At the moment, though, researchers feel battery technology isn't up to the task of powering a commercial airplane this way.

So any production application of distributed propulsion would likely use electric motors in concert with at least one jet engine. 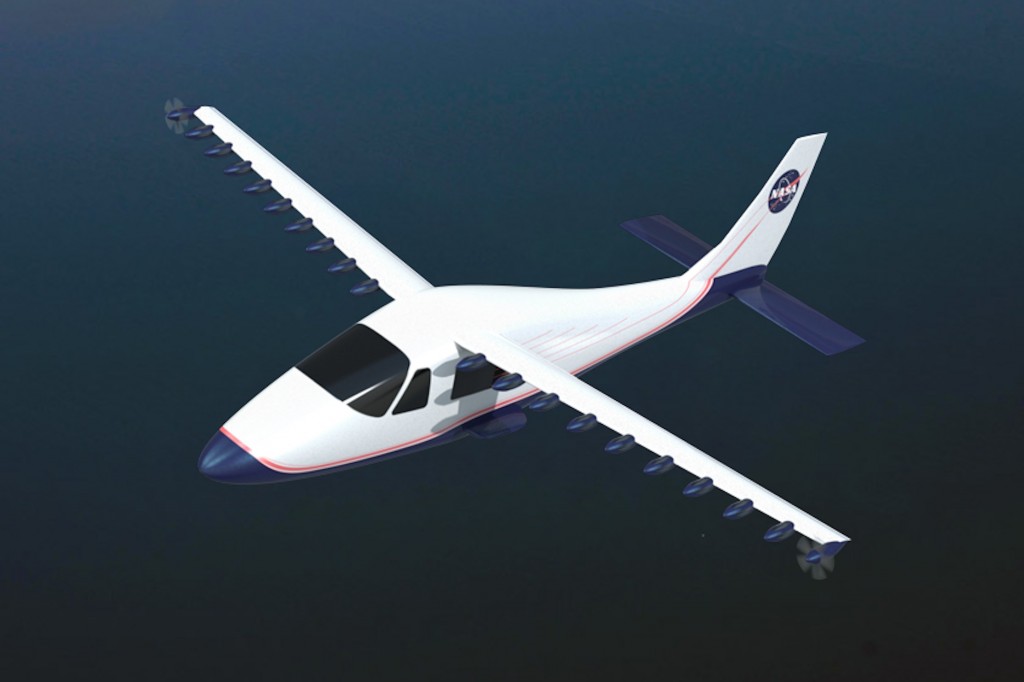 Researchers are looking into a hybrid design that uses a jet to generate electricity for a battery pack. Future planes could also use electric motors for takeoffs and landings only, with wingtip jet engines for cruising.

While the Air Transport Action Group trade organization claims emissions have been reduced 70 percent since the 1960s, the industry's growth has reportedly led to higher total emissions.

Aviation was left out of the recent international climate-change agreement signed in Paris, but because fuel accounts for around a third of typical airline costs, companies are eager to make improvements.

In the meantime, NASA plans to continue its LeapTech testing, by converting a small four-seat Italian aircraft to operate with wing-mounted electric motors.