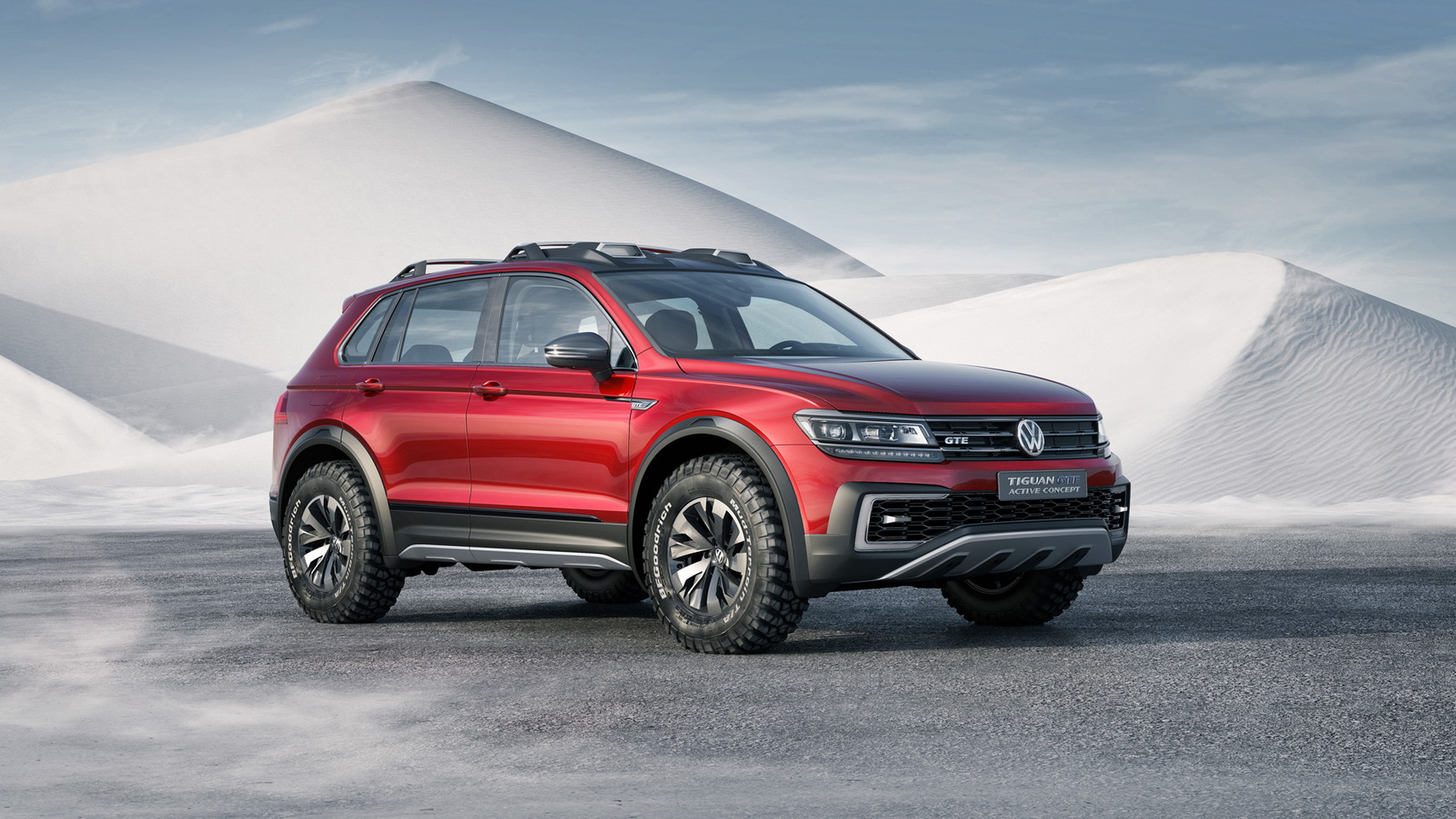 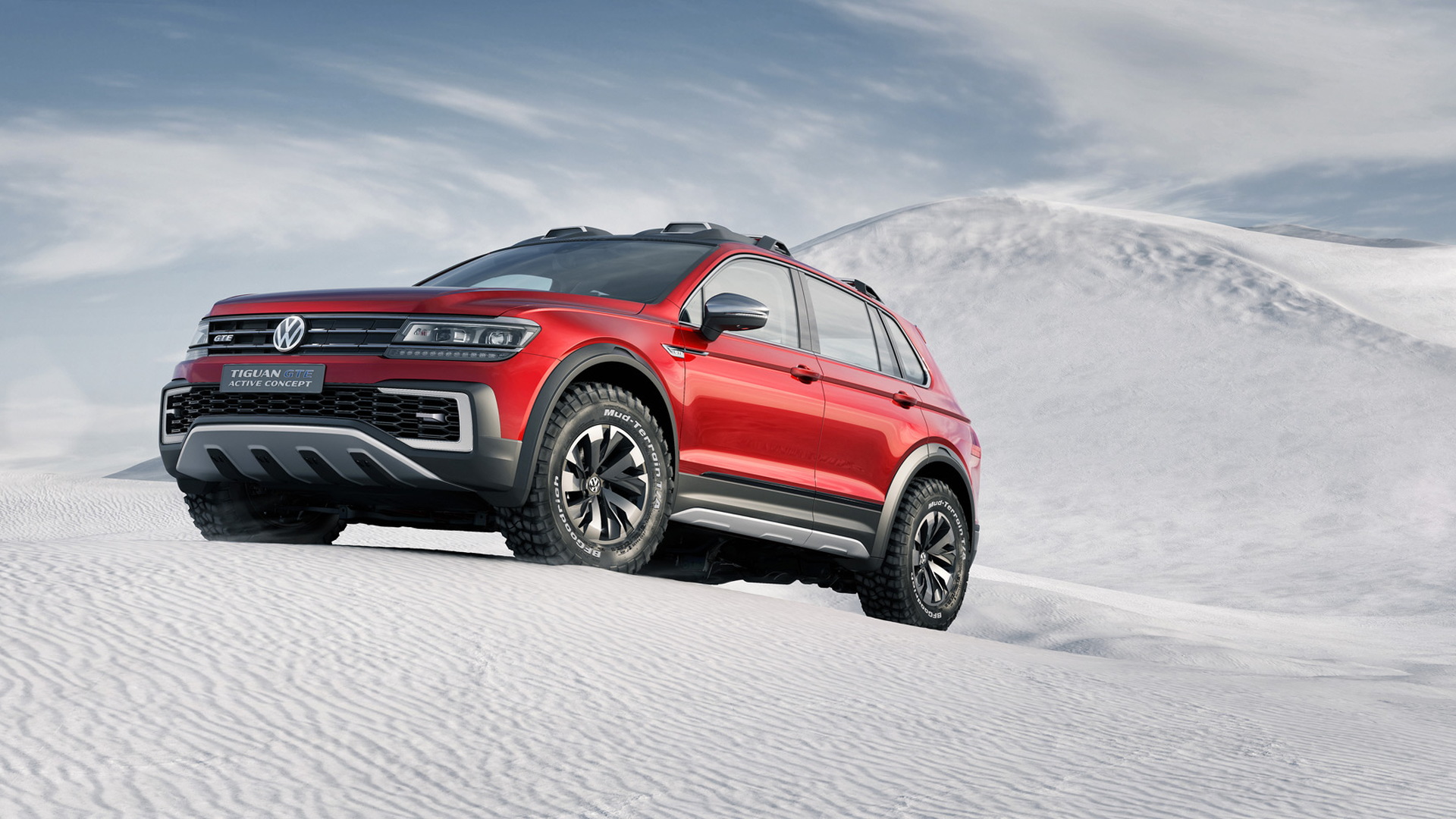 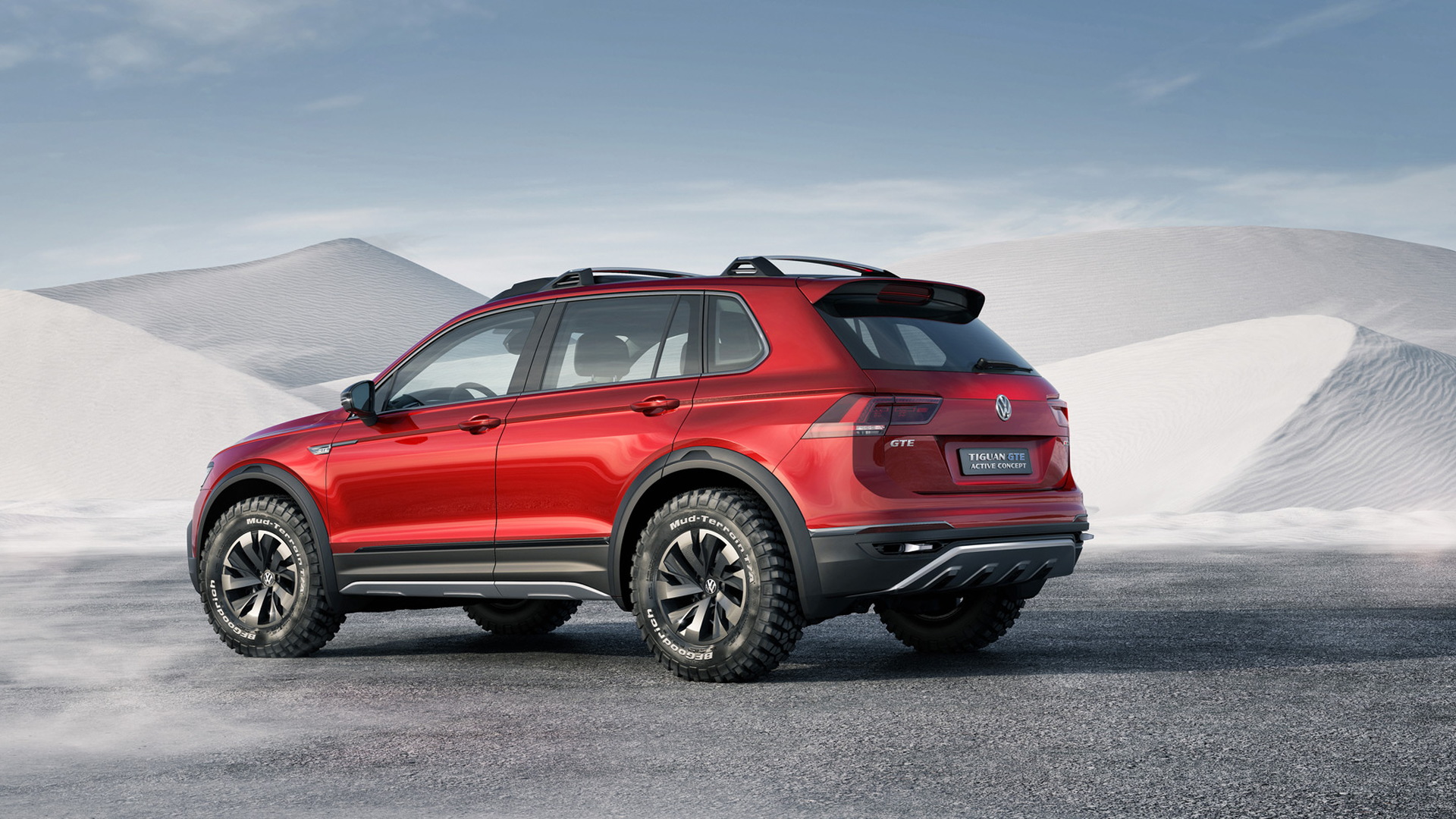 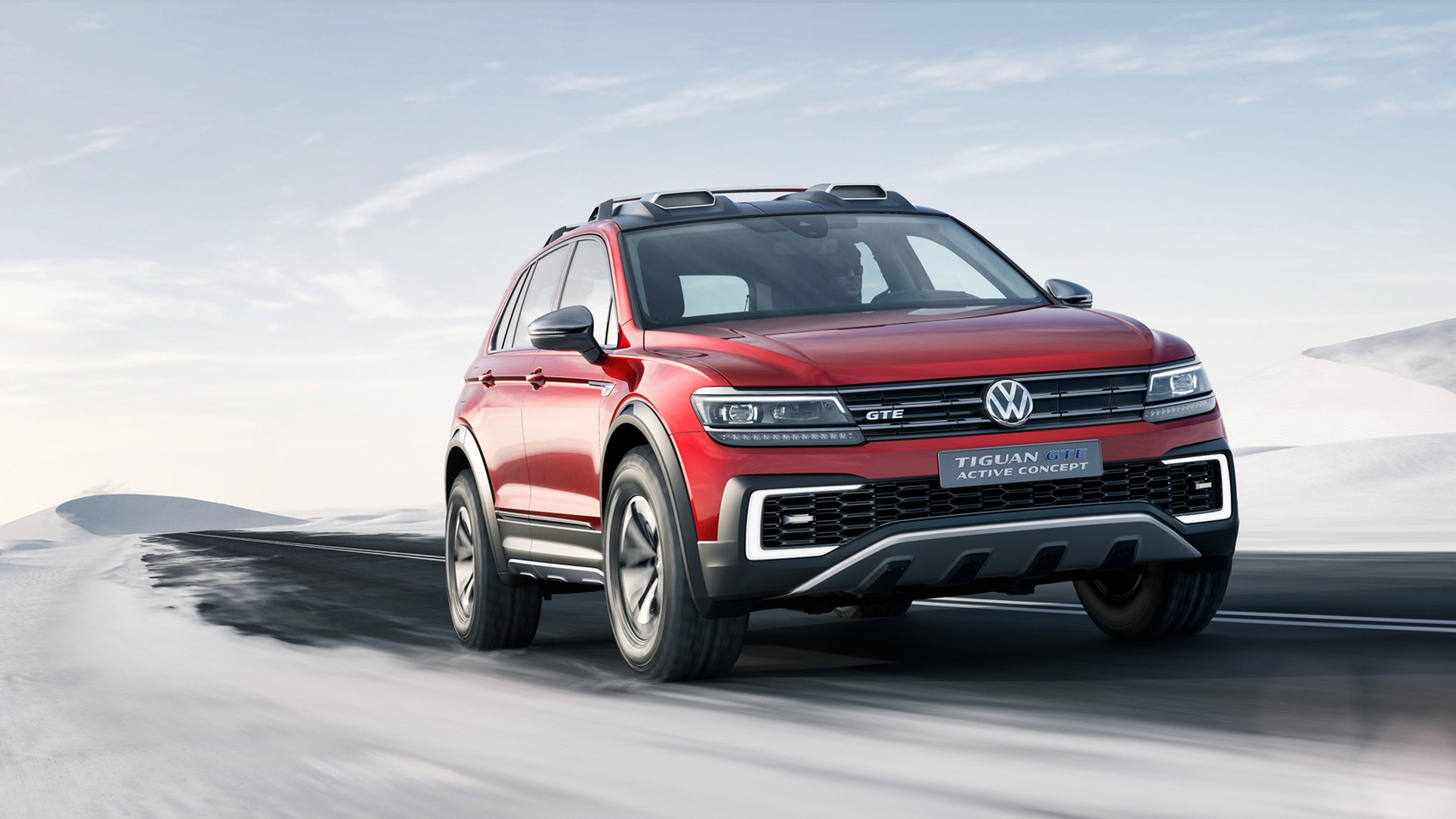 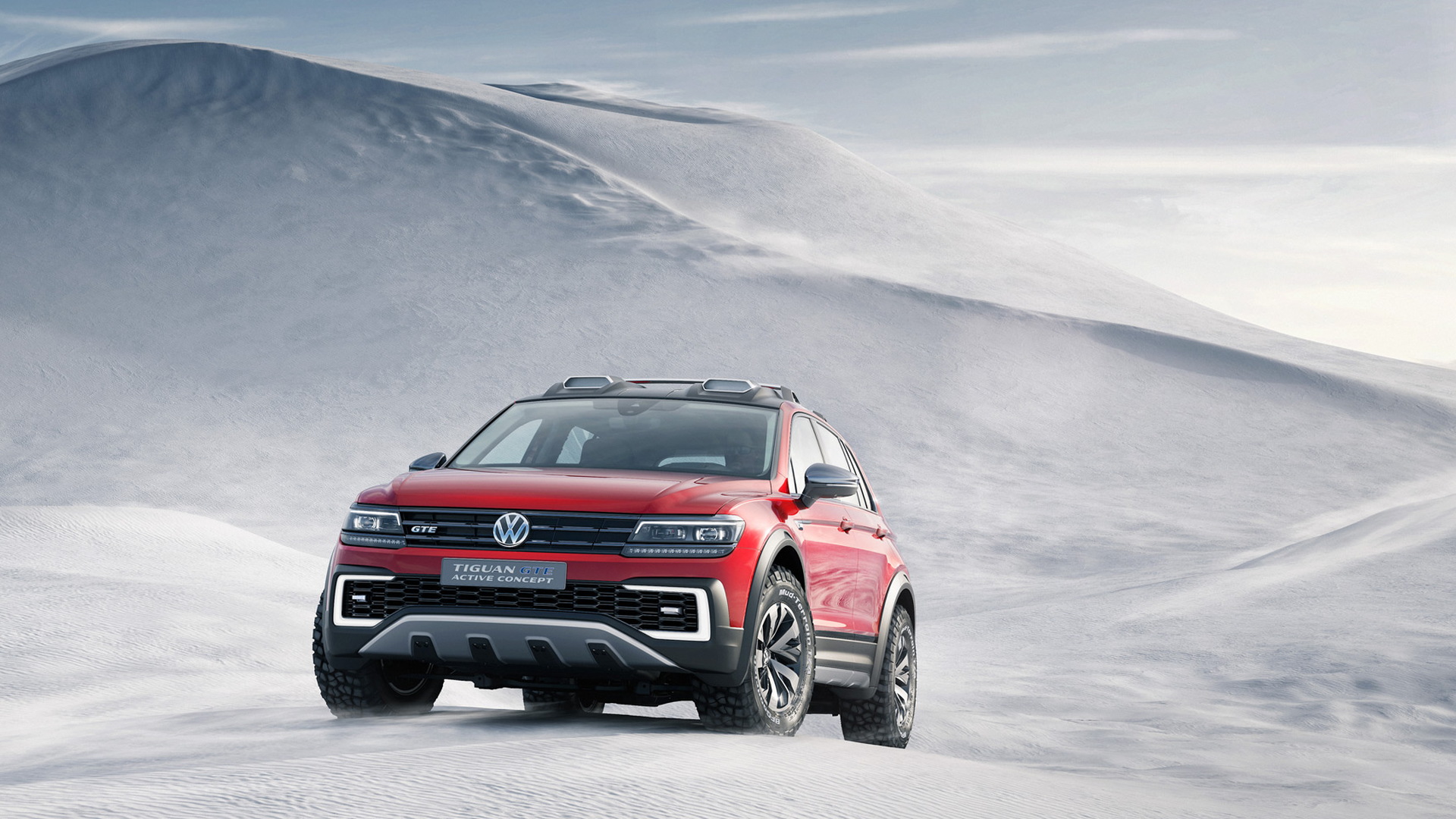 15
photos
When the 2017 Volkswagen Tiguan was unveiled at the 2015 Frankfurt Auto Show last fall, a plug-in hybrid concept was among the featured variants.

Called the Tiguan GTE, it was never confirmed for production.

But now Volkswagen is showing a second Tiguan plug-in hybrid concept at the 2016 Detroit Auto Show, hinting that the production Tiguan may in fact get a plug-in powertrain.

The roof-mounted light bar, fender flares, and underbody protection dress up the production next-generation Tiguan, which uses the same MQB platform as the Golf and numerous other VW Group models.

There is one electric motor for each axle, and the entire system is rated at 221 horsepower.

Full performance is accessed through a sporty "GTE mode" like the one on the previous Tiguan GTE concept. It's one of several driver-programmable modes available.

ALSO SEE: VW May Buy Back (Some) TDI Diesel-Cheating Cars In U.S.: Report

The lithium-ion battery pack can also provide up to 20 miles of electric-only driving, at speeds up to 70 mph, the carmaker claims.

With sufficient battery charge, the driver can engage a "coasting" mode that shuts down the engine and electric motors, and temporarily disengages the entire powertrain.

On the inside, the Tiguan GTE Active features VW's next-generation infotainment system, including a 9.2-inch display screen, and Apple CarPlay and Android Auto compatibility.

While the concept only seats five, Volkswagen will build a seven-seat Tiguan as well. That version will be offered in the U.S., the company confirmed at Detroit.

However, there is still no confirmation that a plug-in hybrid powertrain will be offered on production models.

Given that Volkswagen has said it plans to offer plug-in hybrid versions of most of its models, though, that seems likely.

The Tiguan itself will go on sale in Europe this spring, with U.S. sales following next year.

For more 2016 Detroit Auto Show coverage, head over to our show news hub.