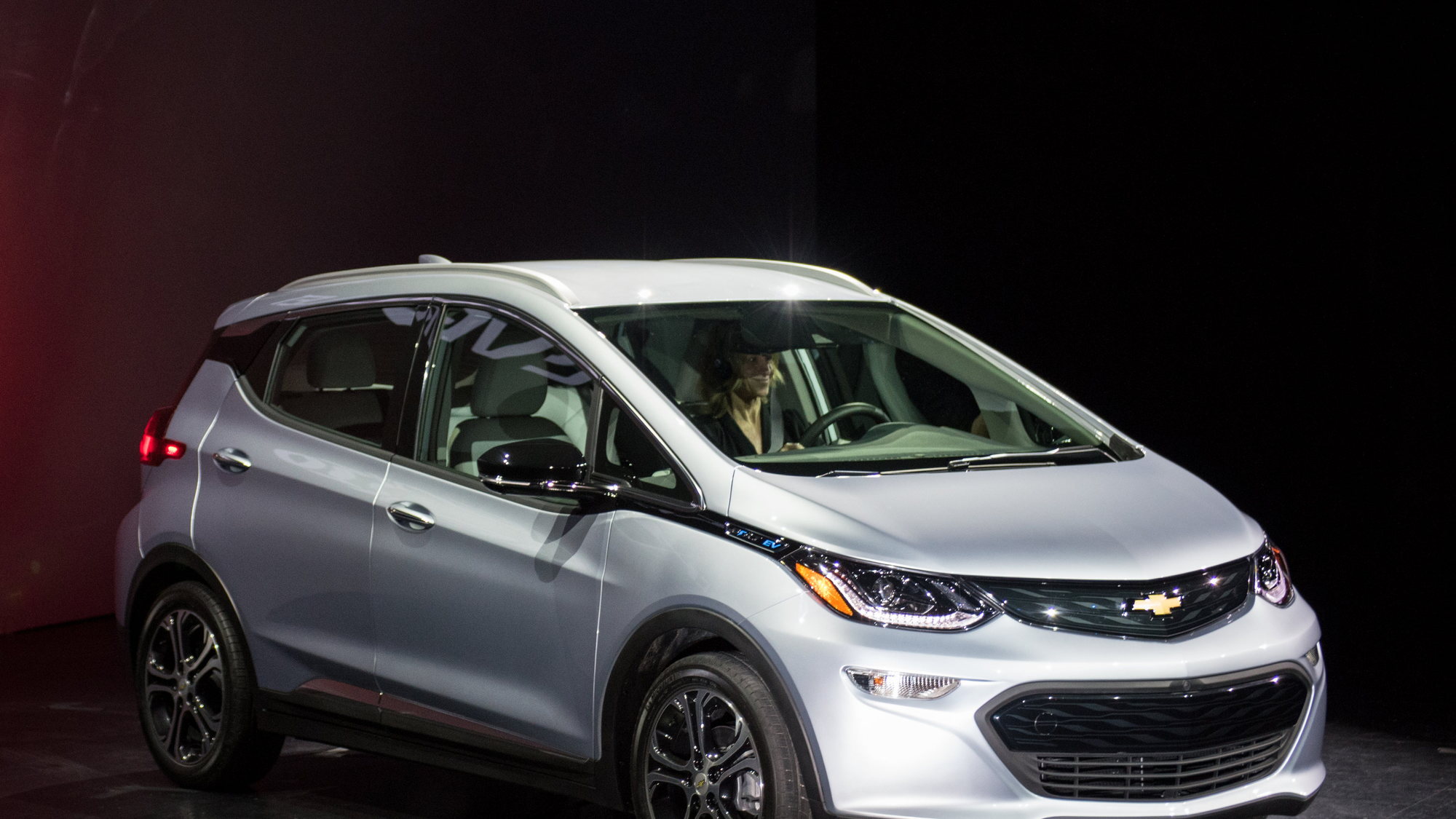 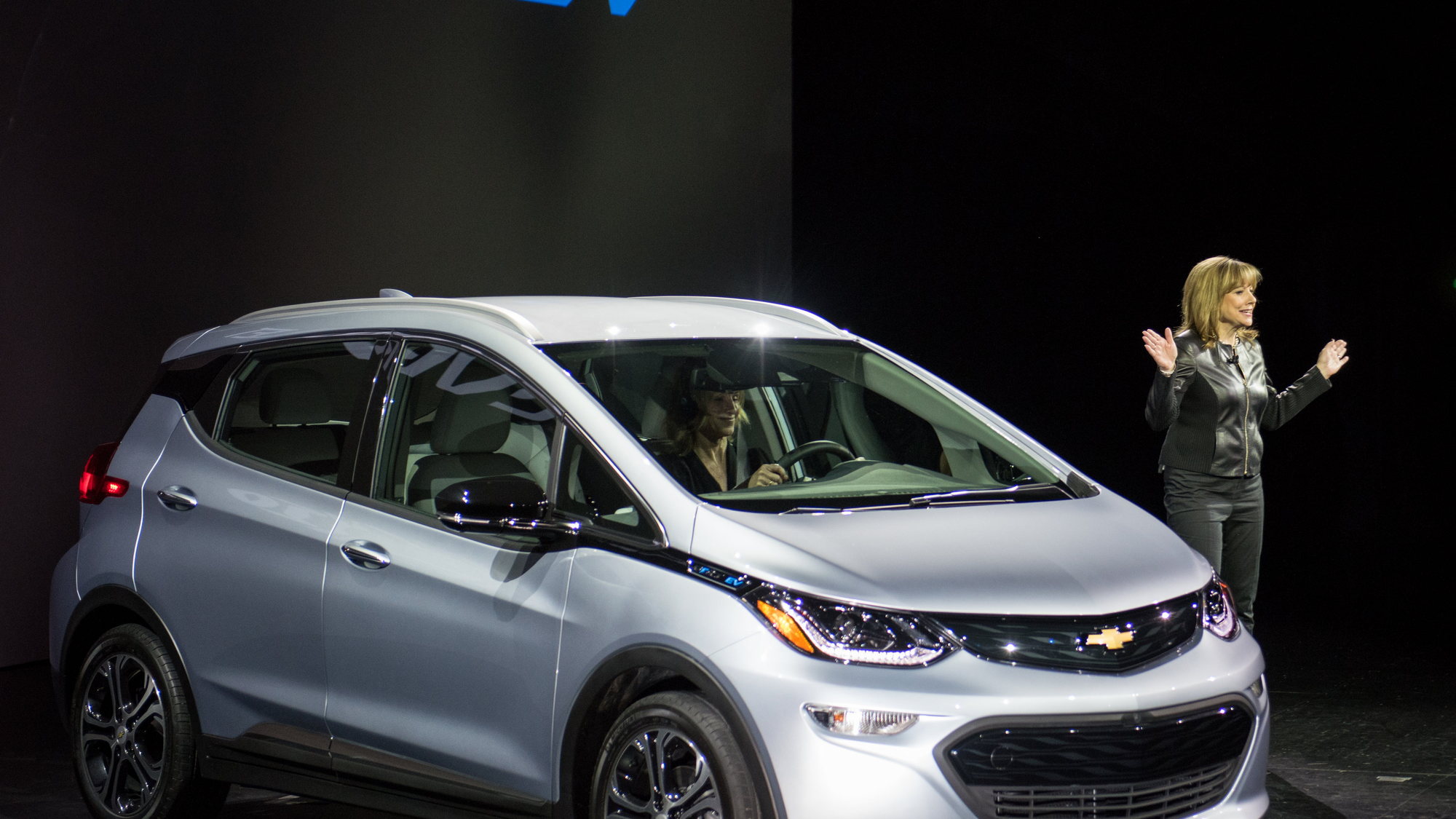 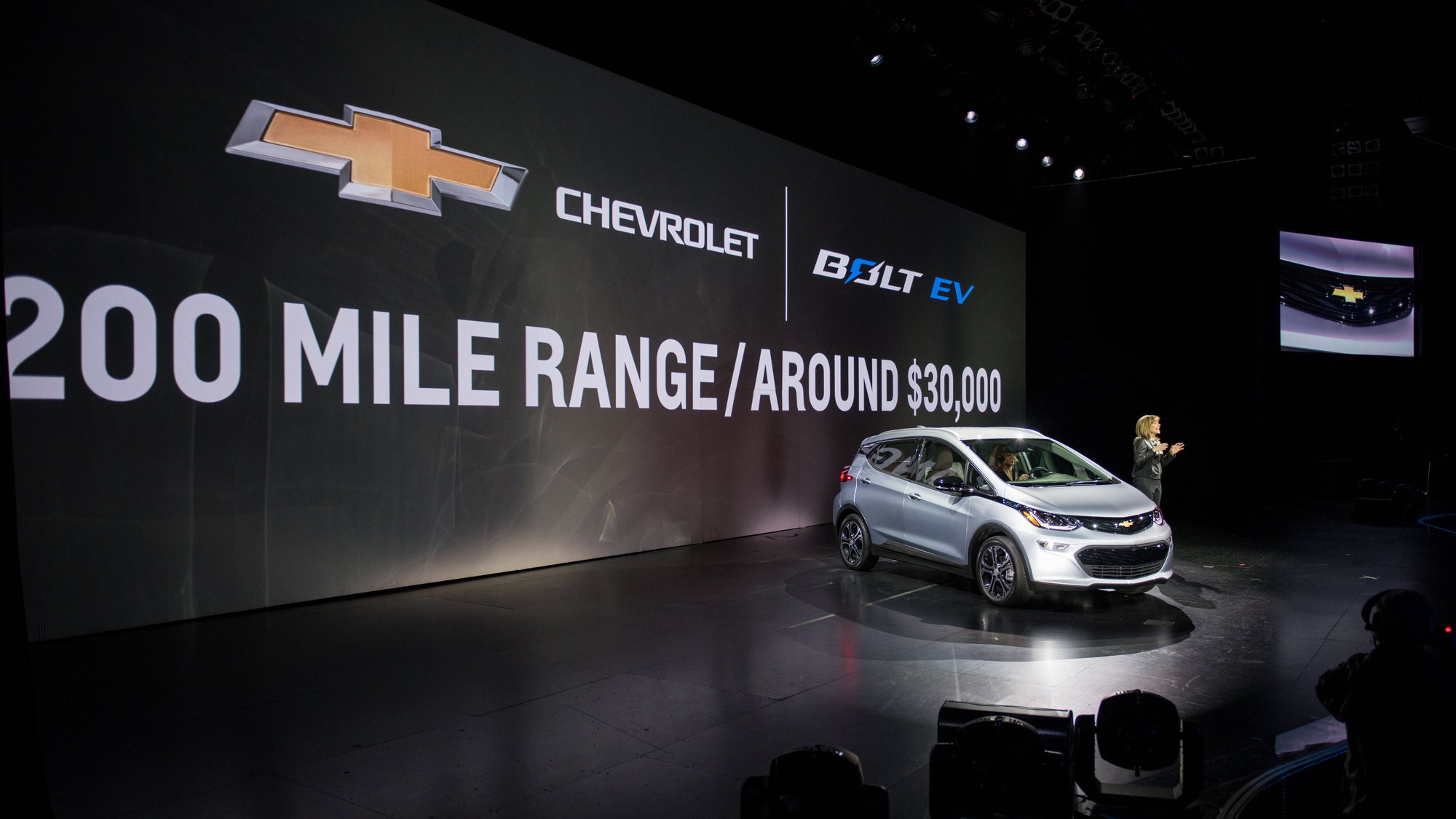 Chevrolet unveiled the Bolt electric vehicle as a concept car at last year's Detroit Auto Show and today at the Consumer Electronics Show (CES) in Las Vegas it showed the production version.

Most notably, the car, officially called the Bolt EV, promises more than 200 miles of range on a full charge and a price that should come in below $30,000 when all government tax credits have been factored in. That combination of range and price could help Chevrolet make a sizable dent in the EV market.

Other important pieces of information like the size of the battery, the horsepower figures, and charging times will be revealed next week at the Detroit Auto Show, but Chevrolet did share some other bits of news about the production Bolt at CES.

Inside the Bolt will feature a 10.2-inch center touchscreen and an eight-inch instrument panel display. The touchscreen will house a unique version of the Chevrolet MyLink system. It will be customizable and offer "flip-board style" operation. It will be capable of EV navigation mapping that designs routes to maximize range and point out the locations of the nearest charging stations when needed. Eventually, the Bolt EV will also be able to project an accurate driving range by factoring in such information as driving habits, time of day, topology, and weather.

Like other Chevrolet vehicles, the Bolt EV will have OnStar 4G LTE connectivity, which can turn the car into a Wi-Fi hotspot. It will also come with a low-energy form of Bluetooth connectivity to minimize the energy draw.

Bolt owners will have access to a new MyChevrolet app. Through their smartphones, owners will be able to check vehicle charge status, look at an OnStar map service, start their cars remotely, pre-condition the cabin, schedule dealer service, and browse the owner's manual.

In the future, Chevrolet will make available what it calls "gamification." It will allow Bolt EV owners to compete with each other by comparing driving styles to see who is more efficient.

The Bolt will come with a healthy list of safety features. One very unique feature is the rear camera mirror that will provide an 80-degree view behind the car instead of the usual 22-degree view from a rearview mirror. A Surround Vision camera system will offer a bird’s-eye view of the car during low-speed driving and when parking. Michelin self-sealing tires will seal around nails and small punctures.

Watch for more information on this ground-breaking electric car next week as we report from the Detroit Auto Show.