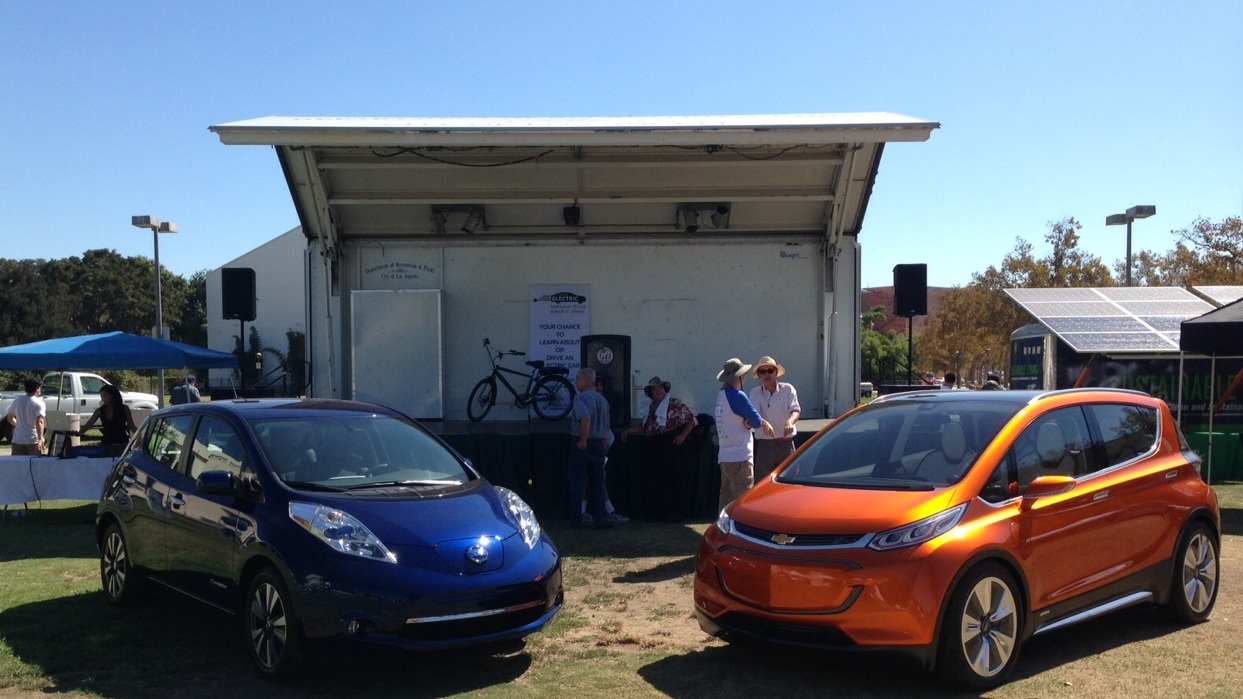 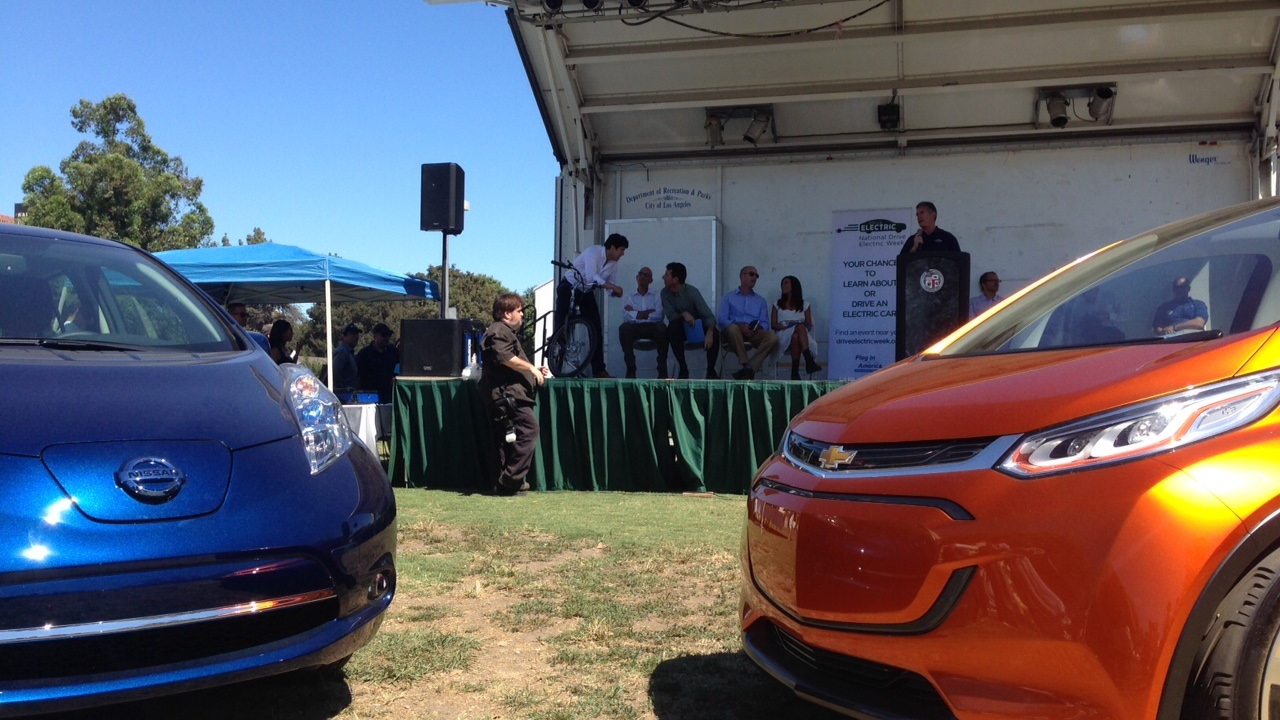 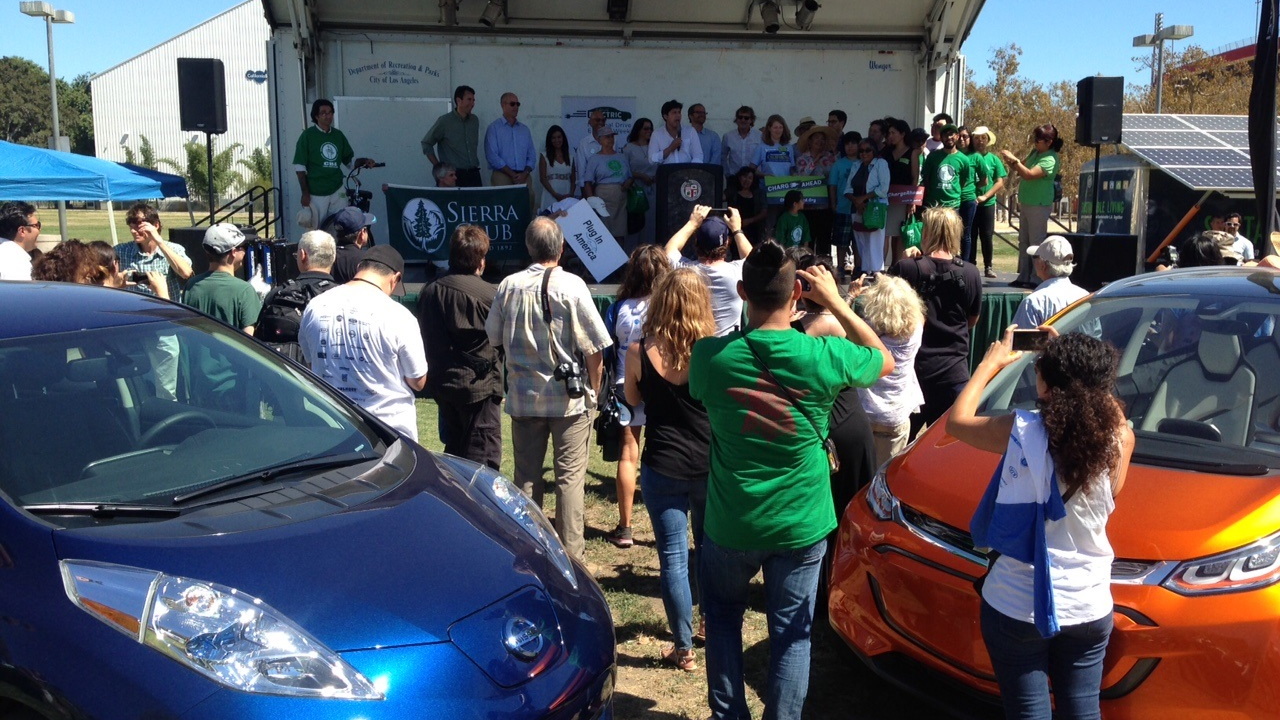 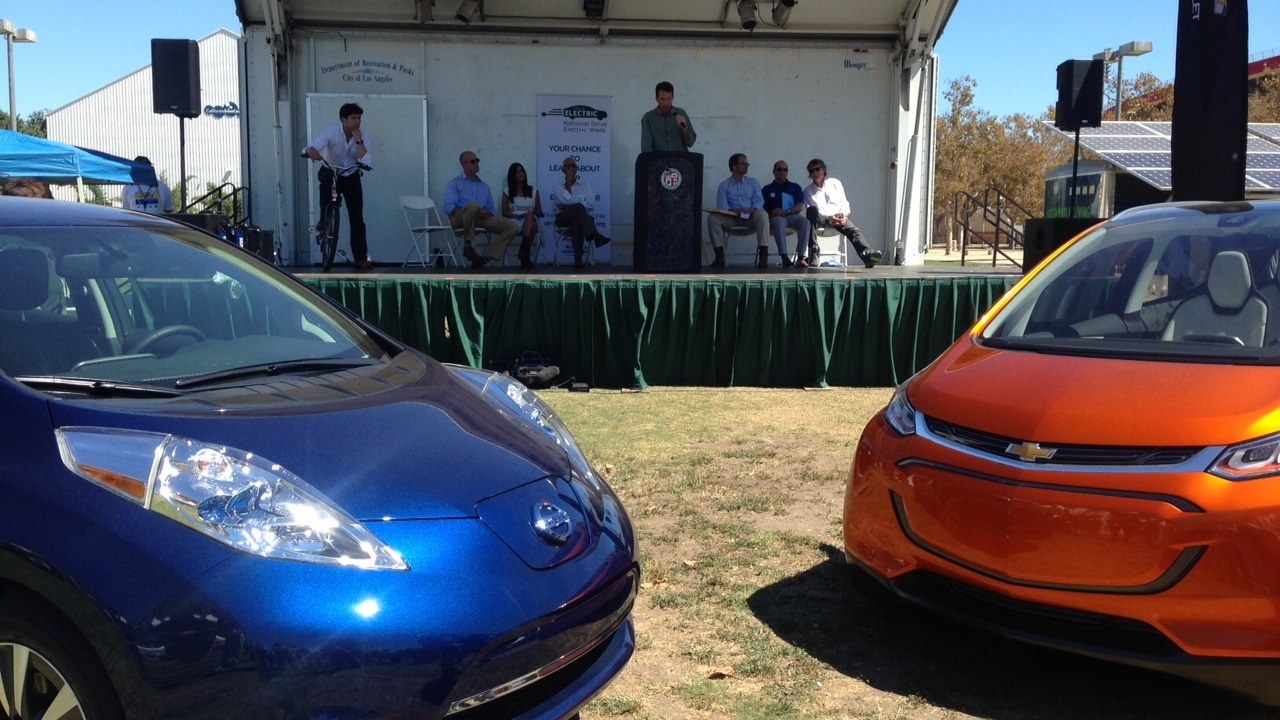 We're now in the middle of National Drive Electric Week, the largest ever, with events planned for almost 200 cities.

But yesterday Los Angeles managed to pull off a double-header: Its event brought together the first production versions of the new 107-mile 2016 Nissan Leaf and a running prototype of the upcoming 2017 Chevrolet Bolt EV.

To the best of our knowledge, it's the first time the two have ever been in the same place at the same time. And we've got the photos.

Each car provides greater range than before, and together they point to a future of affordable and much longer-range electric cars.

Many of the attendees were aware of the upcoming longer-range vehicles, and the event logged more than 800 test drives despite the day's scorching heat.

"Electric cars are changing the world; every time one of these vehicles gets sold, our air gets a little cleaner," said Levin.

"We will take a big bite out of climate change," he continued. "Our economy will not be subject to wild swings in gas prices."

"And we will not be involved in foreign wars over oil."

The City of Los Angeles gave official proclamations to Paine, for his two movies, and to the three groups that organize National Drive Electric Week: the Electric Automobile Association, Plug-In America, and the Sierra Club.

But it was the cars that were the lure, especially the two newest vehicles.

The 2016 Nissan Leaf, announced last Thursday and arriving at dealerships sometime next month, offers 107 miles of range from a new 30-kilowatt-hour battery pack in the SV and SL trim levels.

[EDITOR'S NOTE: Our readers Keith Kemp and Tyrel Haverman point out that we described the pricing of the 2016 Leaf versus the prior year's model incorrectly. The sentences below reflect their corrections, for which we thank them.]

The Chevrolet Bolt EV was announced at the Detroit Auto Show last January, with General Motors CEO Mary Barra saying it would have a range of 200 miles and a base price of $37,500 before incentives.

That is expected to reset the bar for electric car range, and put significant pressure on Nissan for its second-generation Leaf, anticipated as a 2017 or 2018 model.

We'll cover the totality of National Drive Electric Week once it's over and the organizers have tallied up its effects.

From what we hear, attendees at the Los Angeles event were tantalized by the question--with Nissan and Chevy both curious to see how buyers make their choices.