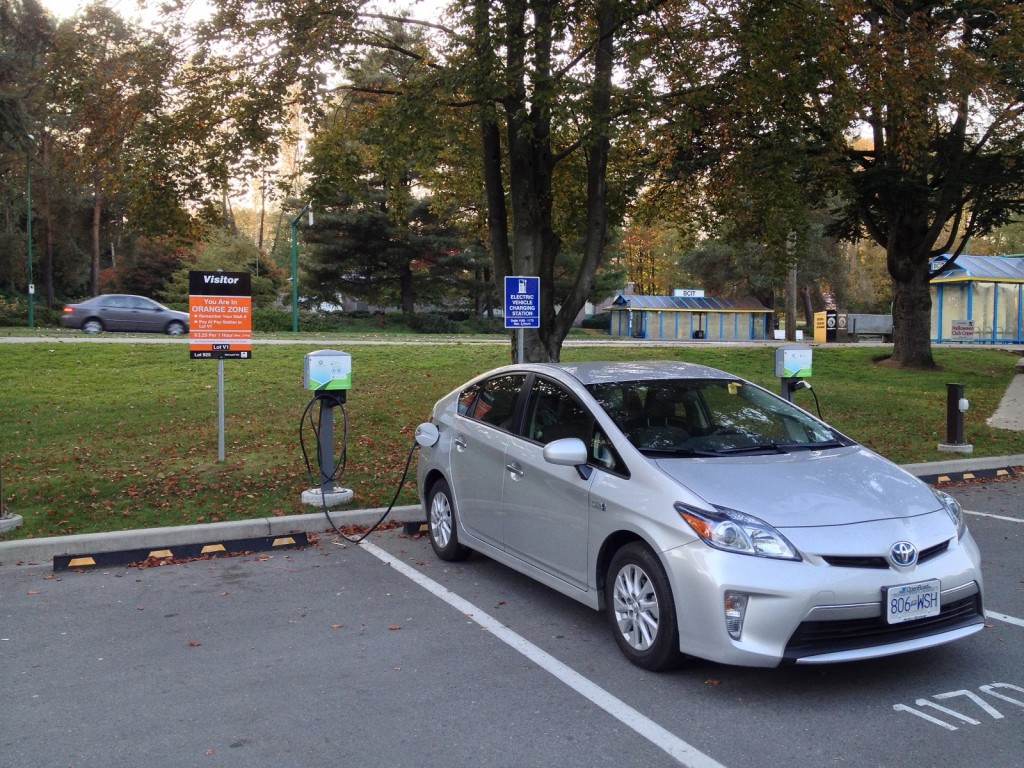 American Pharaoh may have won the 141st running of the Kentucky Derby earlier this month, but the winners of another race remains to be determined.

That would be the third running of the E-Mazing Race, a competition across Canada for plug-in electric vehicles.

The Derby may be "the fastest two minutes in sports," but the Canadian race deserves its own nickname--perhaps "the cleanest four weeks in motorsports"?

This year, the E-Mazing Race started May 27th at the close of the EV2015VE Conference in Halifax, Nova Scotia.

(While there was an official starting line, participants were able to start from anywhere by signing up for free and downloading the iOS or Android apps.)

Participants earn points each time they use one of the firm's charging stations, and out-of-the-way stations are worth more points.

As per the rules, the contestant with the most points after four weeks is the winner.

Other prizes go to those who post the best photos or accrue the biggest social-media footprint.

Last year's race saw about 350 contestants cover hundreds of thousands of miles, and registrations have doubled this year.

Sun Country's charging stations can be found as far away as Norway, and one will soon go live all the way down in the southern tip of Texas, at the Best Western Hotel in Mission.

As a result, infrastructure-as-an-amenity for road trips is likely far ahead of where many advocates expected it to be at this point.

Parenthetically, hotels themselves could save money by switching to plug-in electric vehicles when their leases on various maintenance and shuttle vehicles come up for renewal.

(Via Motors' Vtrux and Nissan's e-NV200 come to mind--though the latter is not yet sold in North America.) 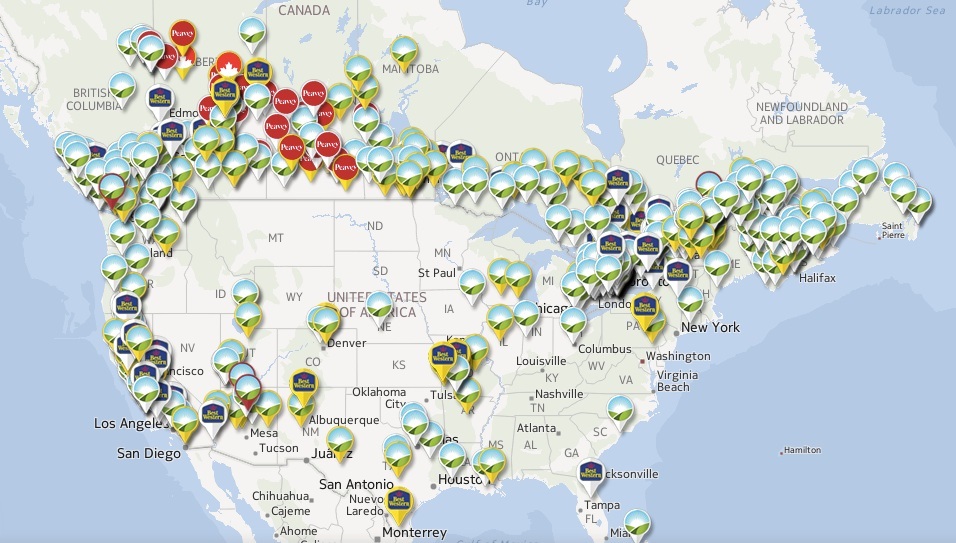 On the map, white pins indicate currently-installed chargers, while yellow pins show sites in progress. Red denotes charging stations that are down for maintenance.

Perhaps those words will encourage more of his franchisees to install chargers, better serving the full spectrum of tomorrow's travelers. With luck, competitors' franchisees may follow.

"...then we take Manhattan"

Sun Country has quietly built out an extensive network of charging stations, not only in Canada but also in the United States.

And it's done so, its CEO proudly notes, by appealing to the self-interest of diverse businesses rather than targeting taxpayer funding.

The company hopes to have about 2,000 chargers in place in the U.S. by the end of the year, roughly equivalent to its current number in Canada.

Asked whether Sun Country felt it had reached the critical mass where it could eventually host a fully North American version of the E-Mazing Race, a representative confirmed that this was in the plans--though timing remained uncertain.