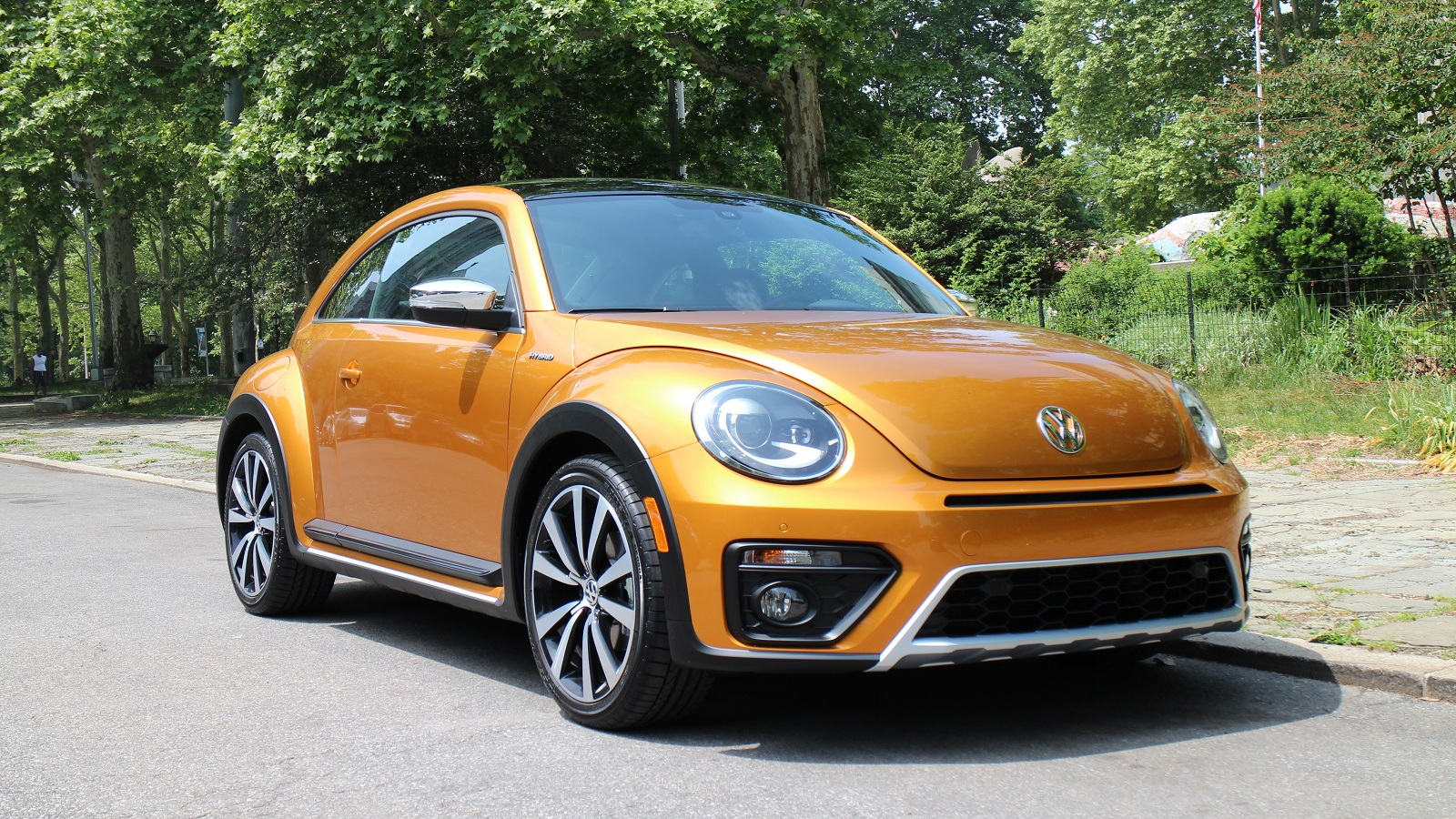 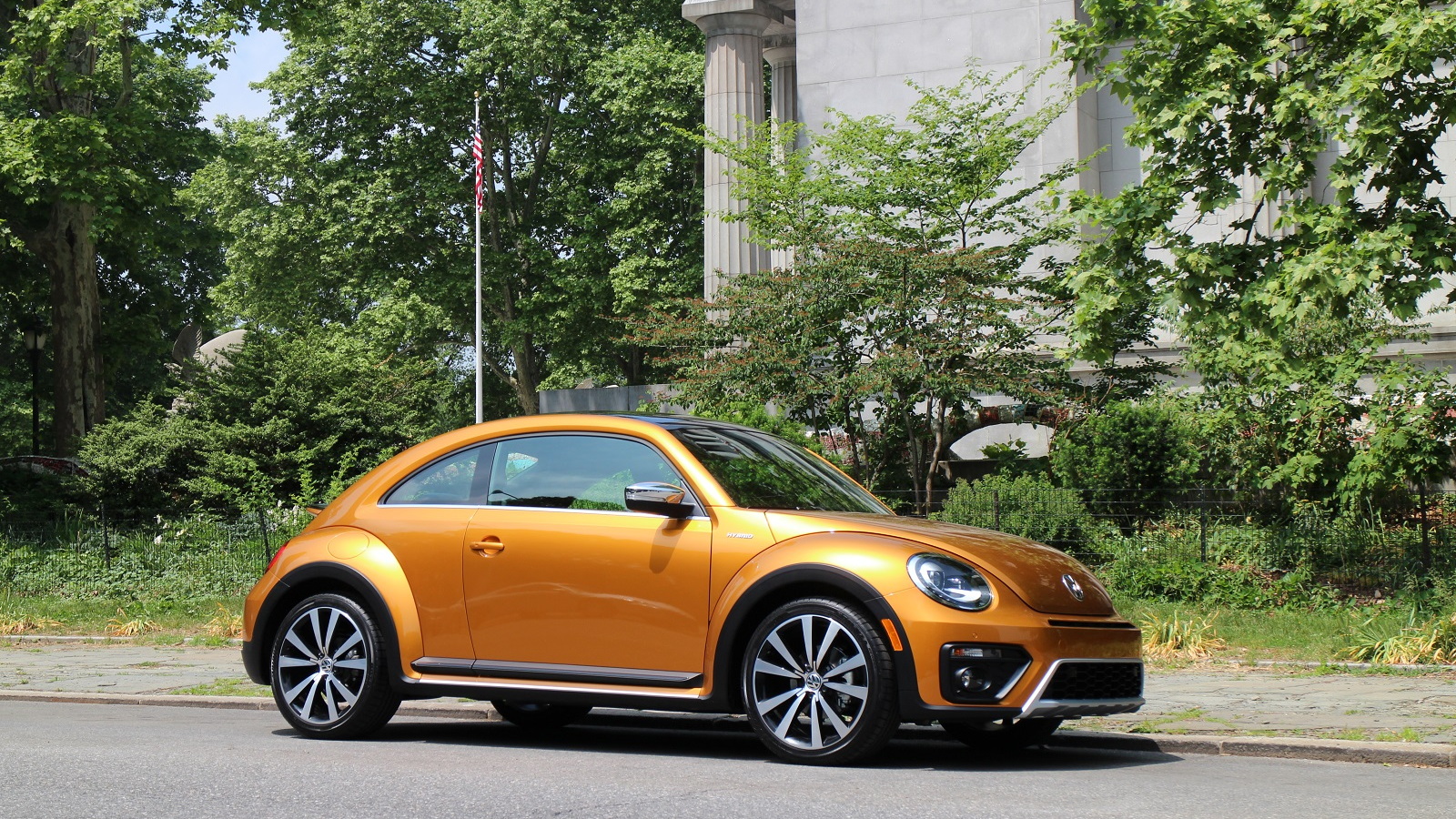 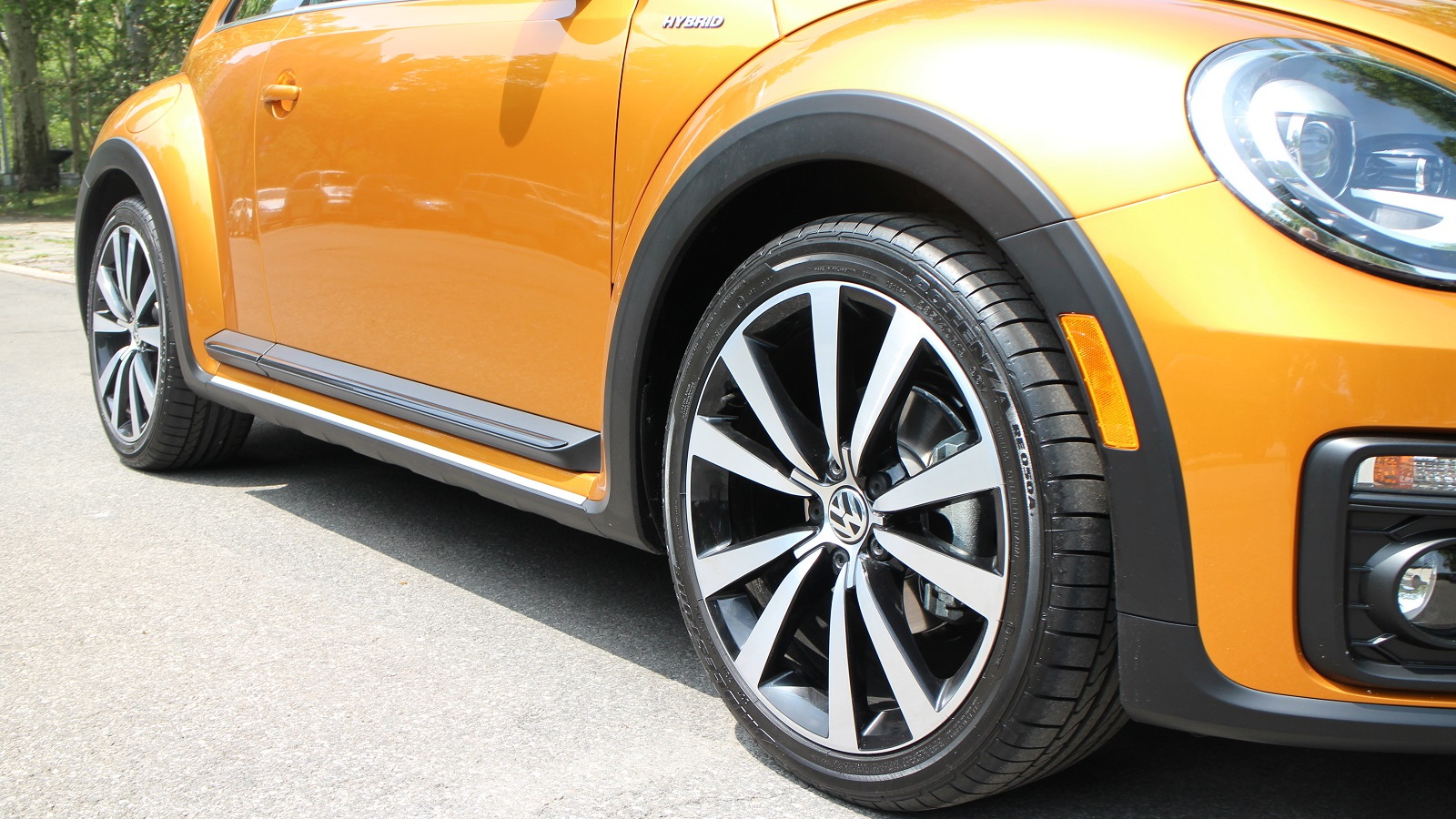 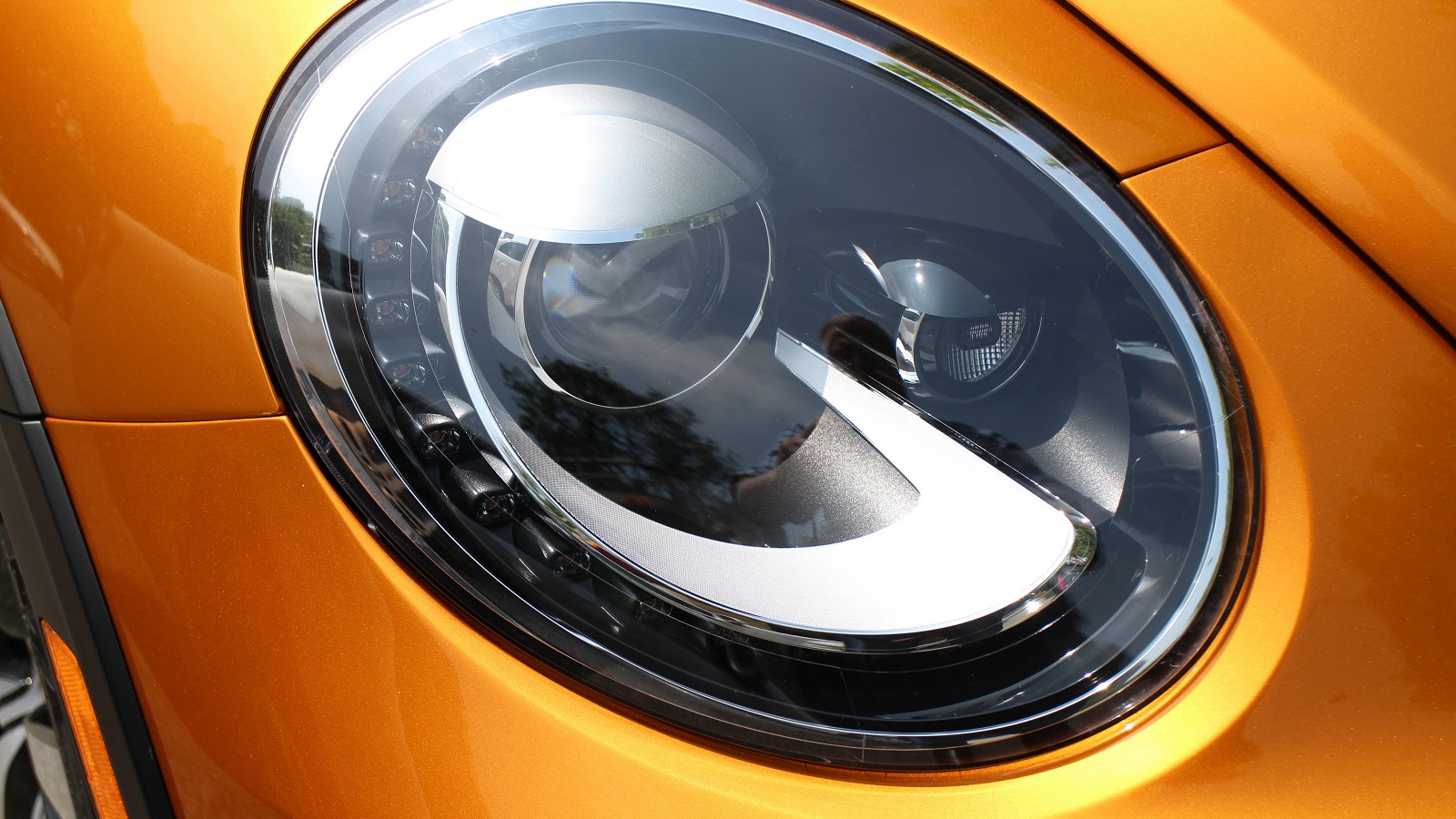 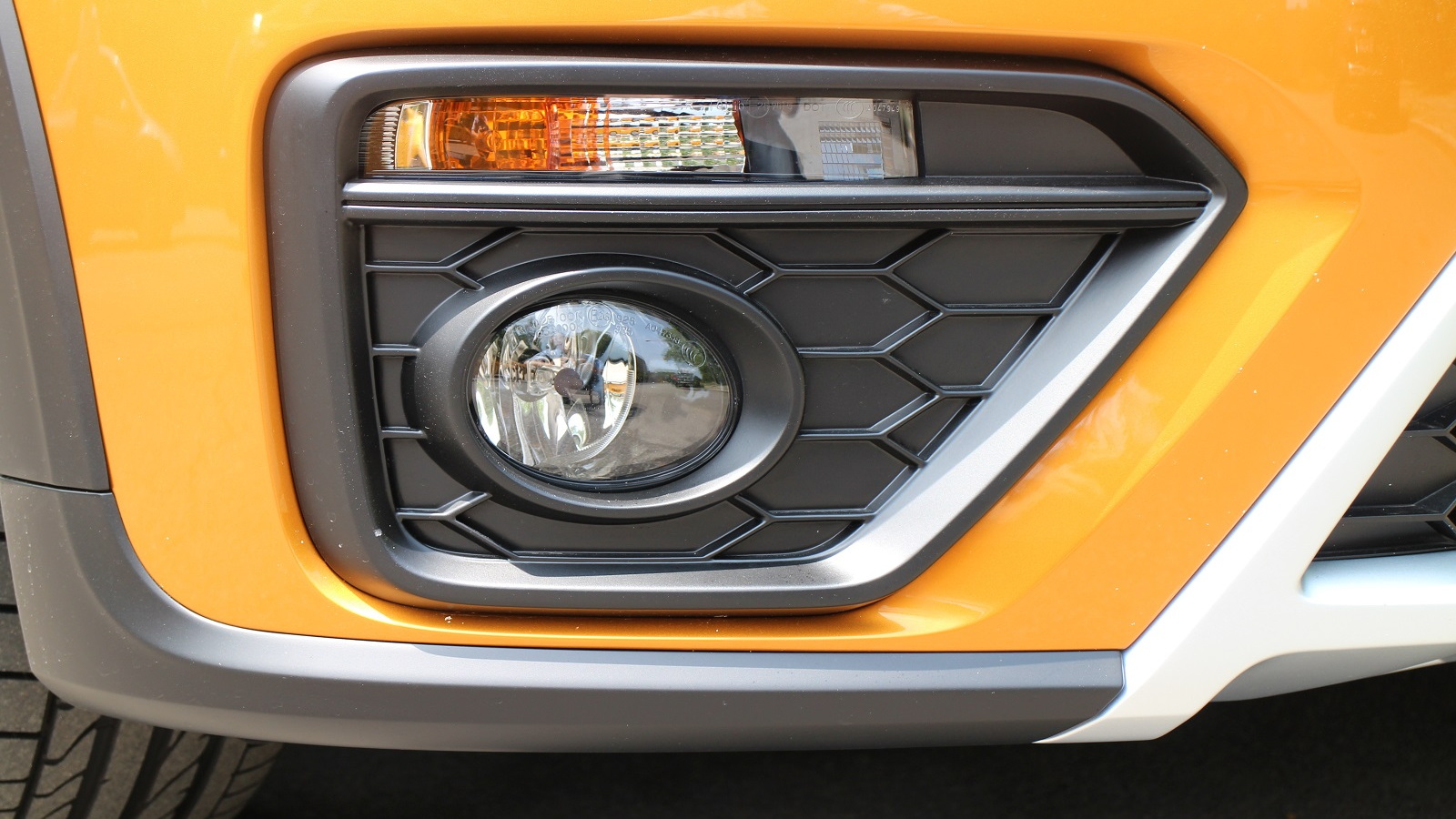 A large red electrical shutdown switch inside a car says it all: You're driving a prototype.

New York City passers-by who looked approvingly at our shiny bronze Volkswagen Beetle Dune concept car didn't know it, but the butcher-looking Beetle was running on a hybrid system not currently offered in the Beetle.

The message, as articulated by numerous VW executives organizing the drive, was simple: Volkswagen is going to have more hybrid offerings in the future.

What cars might they come in? We're not ready to discuss that.

Will it be the current hybrid system or a newer version? Stay tuned on that.

Still, the powertrain of the current VW Jetta Hybrid--sold in small volumes at present--makes sense in another vehicle that uses a variation of the same mechanicals.

ALSO SEE: Volkswagen Jetta Hybrid Or Jetta TDI: Which Would You Buy?

VW says the hybridized Beetle weighs roughly 275 pounds more than a standard Beetle when fitted with the 1.4-liter engine and seven-speed DSG.

That's a combination not currently offered in the States, but one that we strongly suspect may be coming for some future model year.

It has the same 168 hp of combined power as the Jetta Hybrid, and will run on electric power alone at low speeds and under light acceleration.

The car we drove was a bit of a mongrel, with elements of the German home-market and U.S. versions of the Beetle blended together.

Its ride was remarkably harsh over the worst of New York's occasionally cratered asphalt, attributed to the larger--and undeniably good-looking--wheels of the Dune concept combined with the heavier weight of the hybridized powertrain.

MORE: VW Diesel Buyers, Hybrid Buyers: Both Want Fuel Economy, But Beyond That...

Translated, that means, "Look, we can put our hybrid powertrain in a bunch of different vehicles--including this one," despite its shorter wheelbase and larger wheels compared to the Jetta Hybrid.

Despite the large number of TDI diesel models it sells, Volkswagen has clearly concluded that it's going to have to electrify a greater portion of its fleet to meet regulations on carbon emissions and fuel efficiency around the world.

Its focus lately has been on plug-in vehicles--the Volkswagen e-Golf now on sale, and the 2016 Audi A3 Sportback e-Tron coming within the year--but conventional hybrids will likely have a larger role in the near and medium term.

Volkswagen released data when it introduced the Jetta Hybrid for the 2013 model year that showed its diesel buyers were quite different from buyers seeking hybrids, and the opportunity to persuade one to switch to the other was far more limited than it had initially thought.

Diesel vehicles often overachieve on their EPA ratings, however, while hybrids sometimes underachieve--though they are highly sensitive to driving style.

Future hybrid models launched by VW are likely to be built on its latest modular architecture (as seen in the 2015 Golf hatchback) and will likely use a more powerful second-generation hybrid system.

But "full hybrids are part of Volkswagen brand's and group's strategy to offer electric mobility for all needs, [including] plug-in hybrids such as Volkswagen Golf GTE and battery-electric vehicles like Volkswagen e-Golf," its release concludes.

In other words: More hybrids coming. Watch this space.