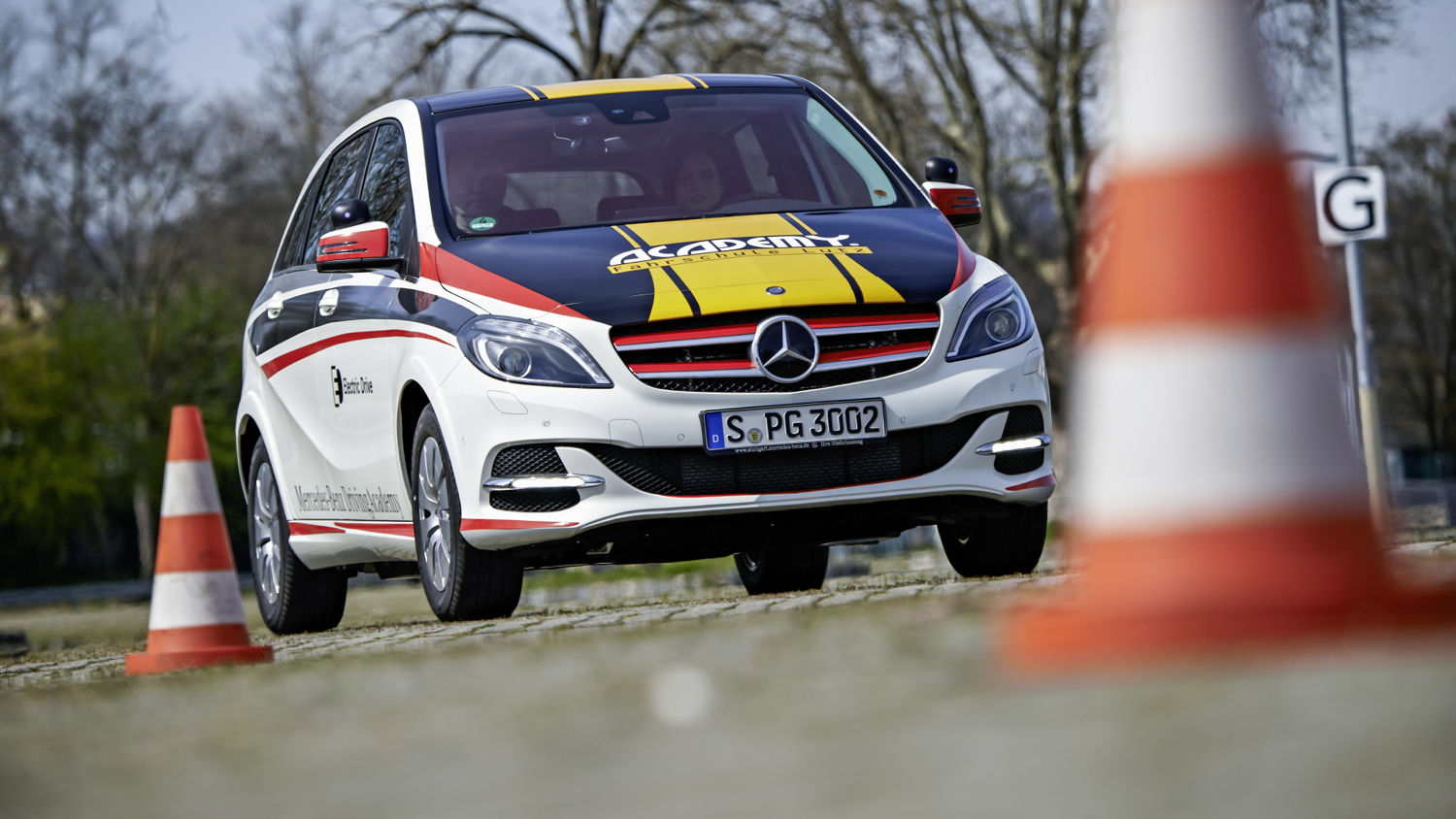 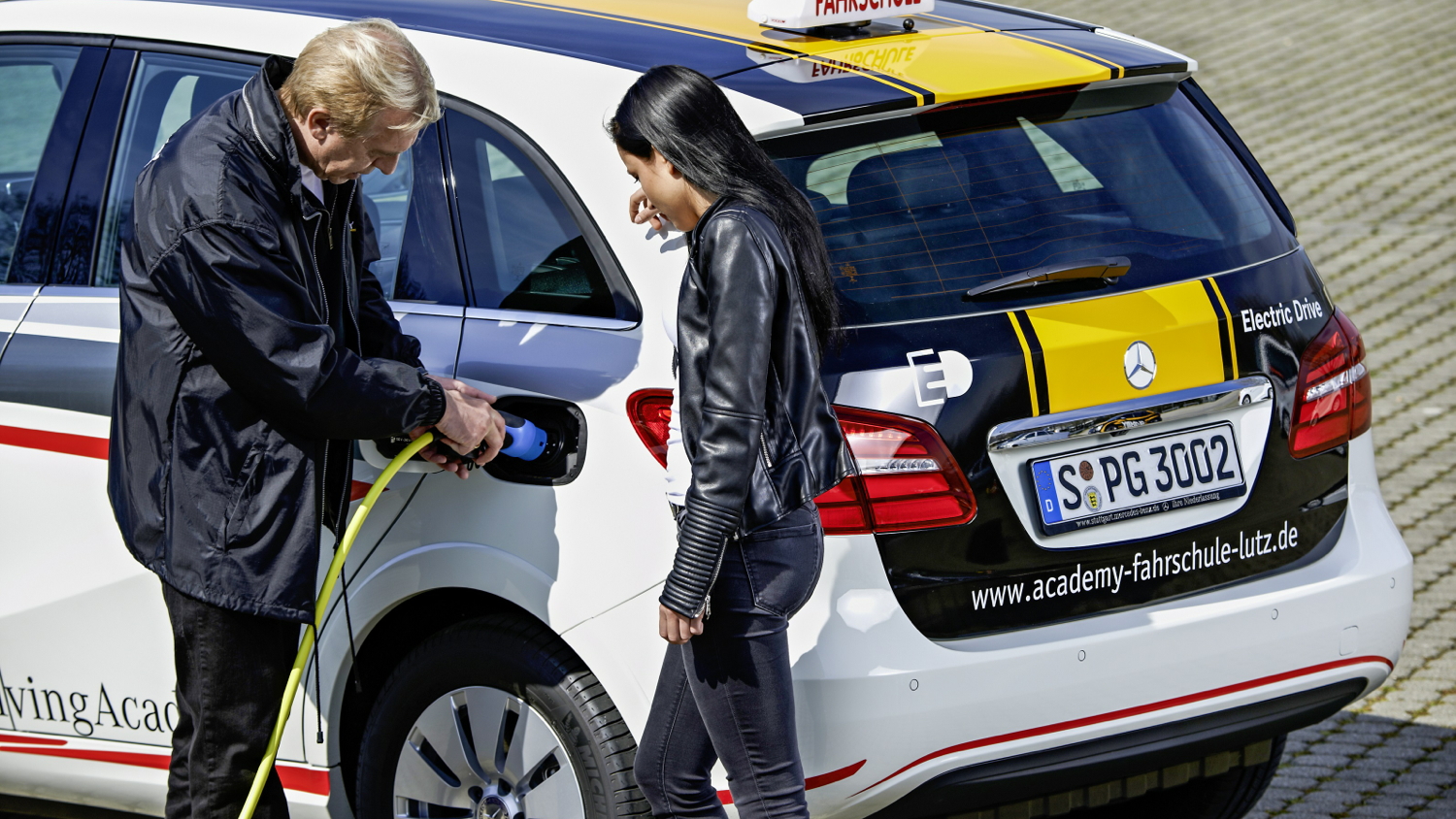 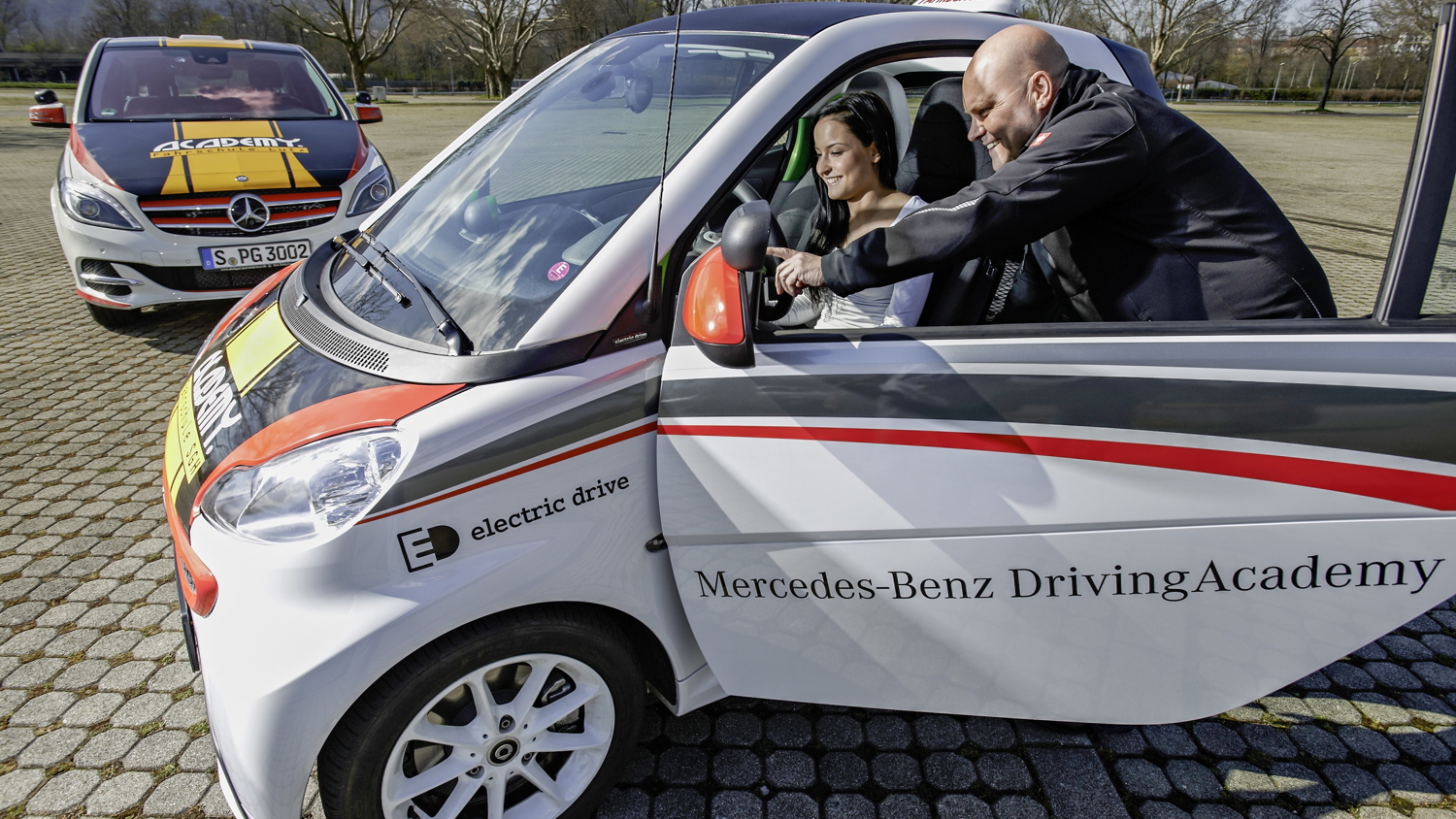 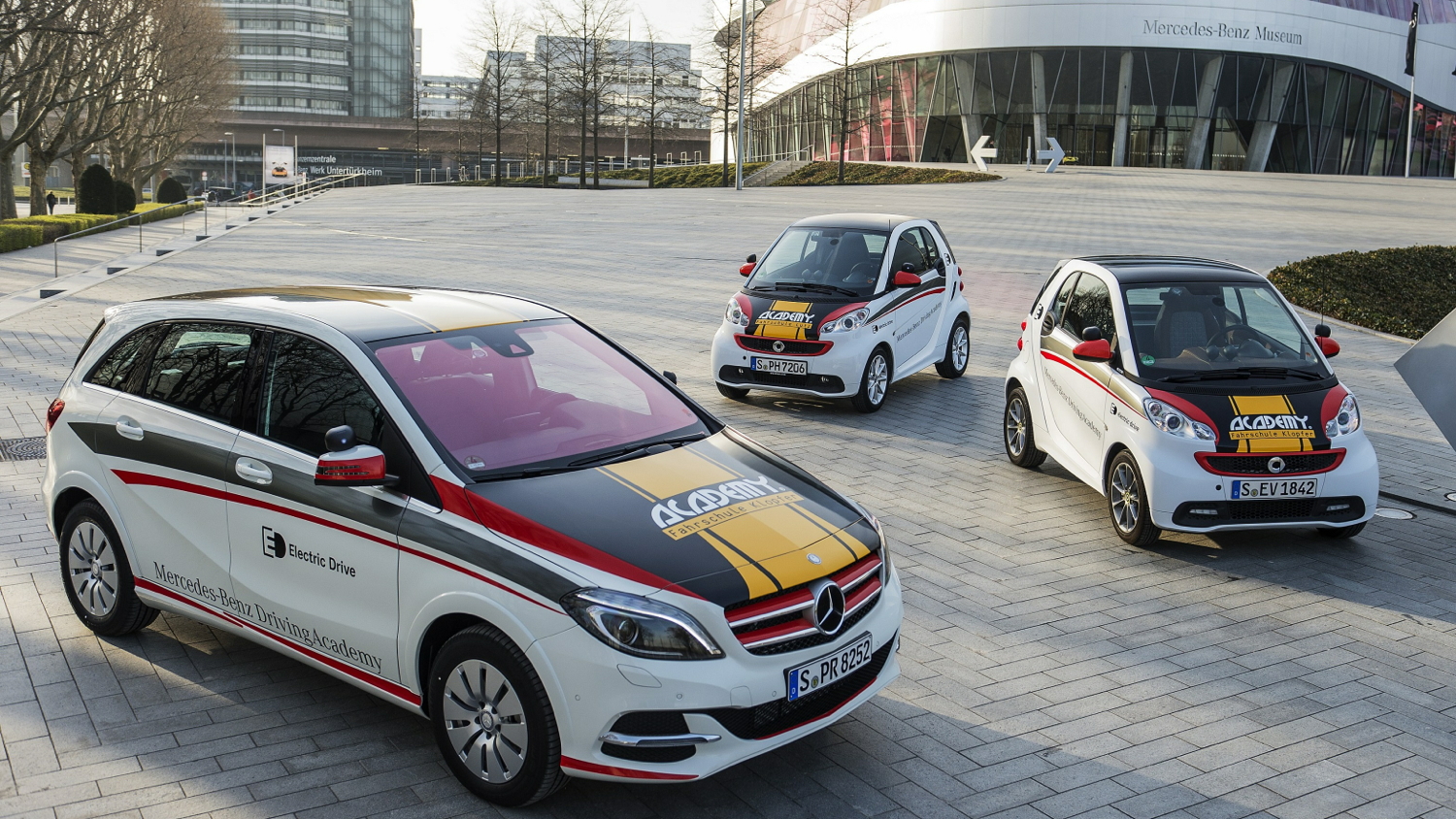 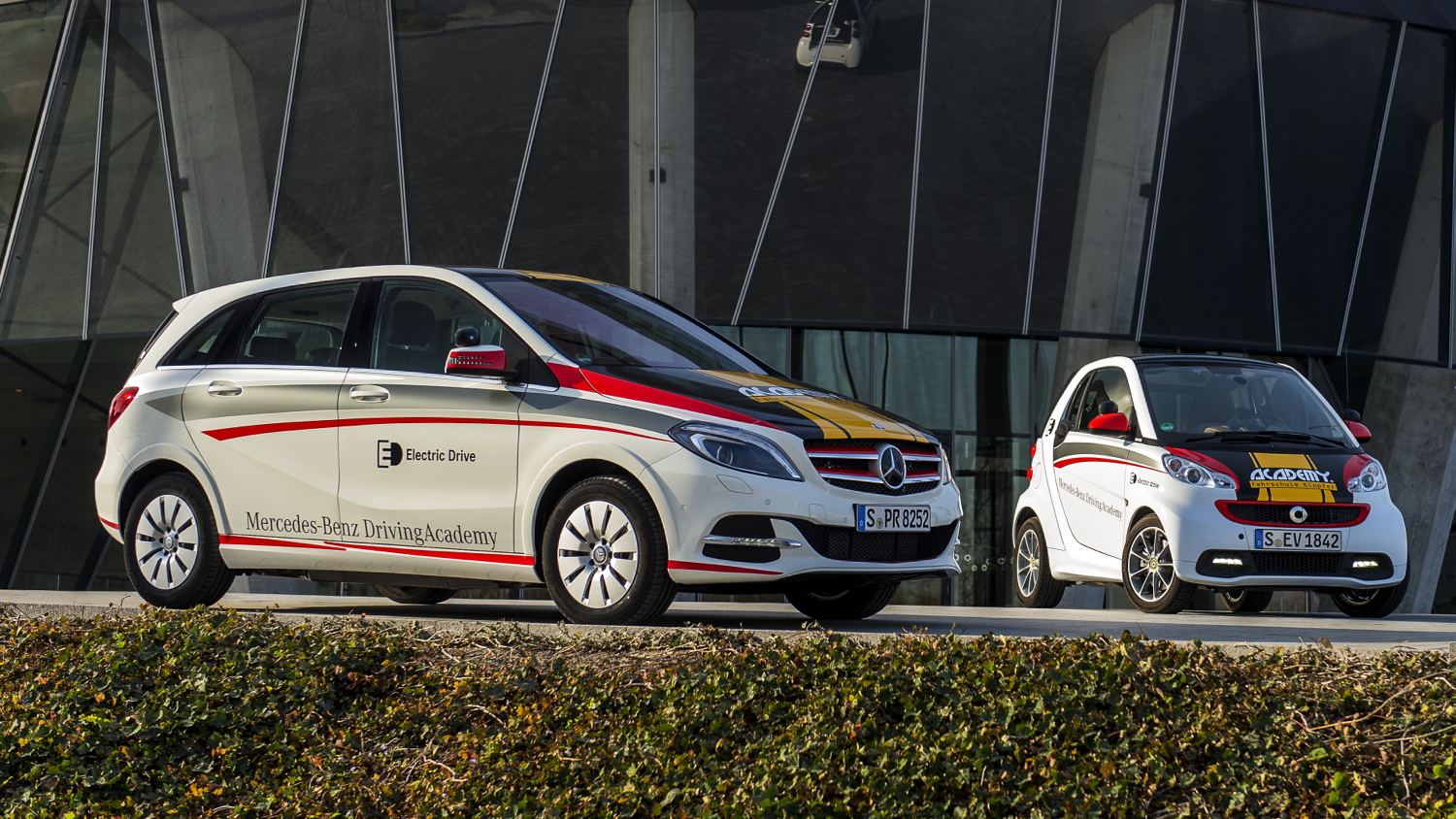 Ask anyone who's driven an electric car, and they'll tell you it's quite different from piloting a typical internal-combustion car.

That's often meant as a compliment, but the unique driving characteristics of electric powertrains could have weightier implications as well.

Since electric cars drive differently, should they become a regular part of driver's ed programs?

Daimler is investigating that possibility in its hometown of Stuttgart, Germany, where the company has partnered with driver-training company Academy to add electric cars to the school's curriculum.

As part of a pilot program, five Academy driving schools will get electric cars, and will include electric-car-specific lessons in their driver training programs.

Each school will get one Smart Fortwo Electric Drive and one Mercedes-Benz B-Class Electric Drive, along with a charging station.

Teenage students will train in them to get a feel for the cars and their capabilities, both behind the wheel and in the classroom.

They'll be taught to expect the instant surge of torque from an electric motor, and the more forceful deceleration created by regenerative braking.

Students will also instructed to be more conscious of pedestrians, who may not hear an electric car's silent powertrain, Daimler says.

Other classroom instruction will focus on charging, range, and other relevant points.

In at least one respect, Daimler claims electric cars are actually better for driving schools than internal-combustion models.

Many German schools use cars with manual transmissions, meaning students have to concentrate on shifting gears while watching traffic at the same time.

This is less of an issue in North America, where manuals are less popular--representing less than one in 10 new cars sold these days.

Virtually all drivers who take formal driving lessons in the U.S. do so in cars with automatic transmissions, with instruction on how to handle a clutch and a manual gearbox relegated to a relative or friend.

German drivers over the age of 18 who complete the special electric-car program, meanwhile, will get an "eDriverLicence" that qualifies them for membership in Daimler's car2go carsharing service.

ALSO SEE: Learning to Drive? An Electric Car Could Be Just The Thing (Jul 2011)

In addition, licensed drivers who want to learn more about electric cars can also sign up for the course.

All participants receive 100 free minutes applicable to a car2go rental, Daimler says, as an added perk.