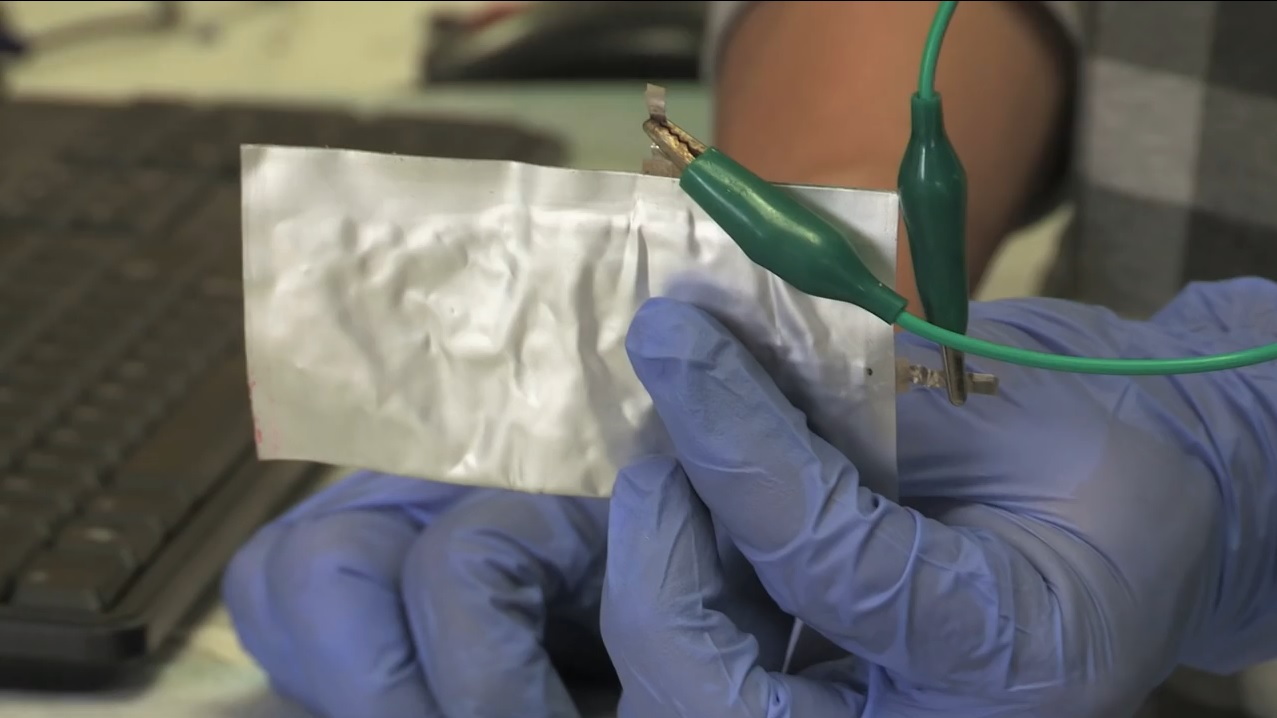 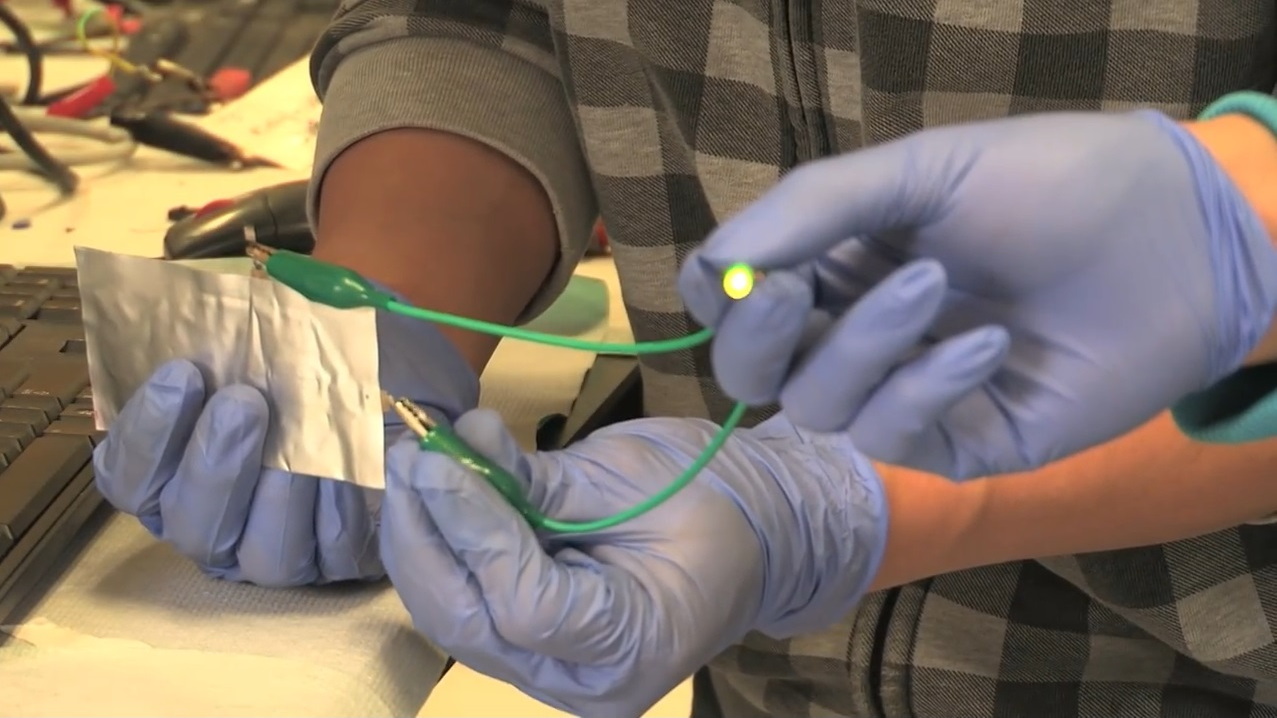 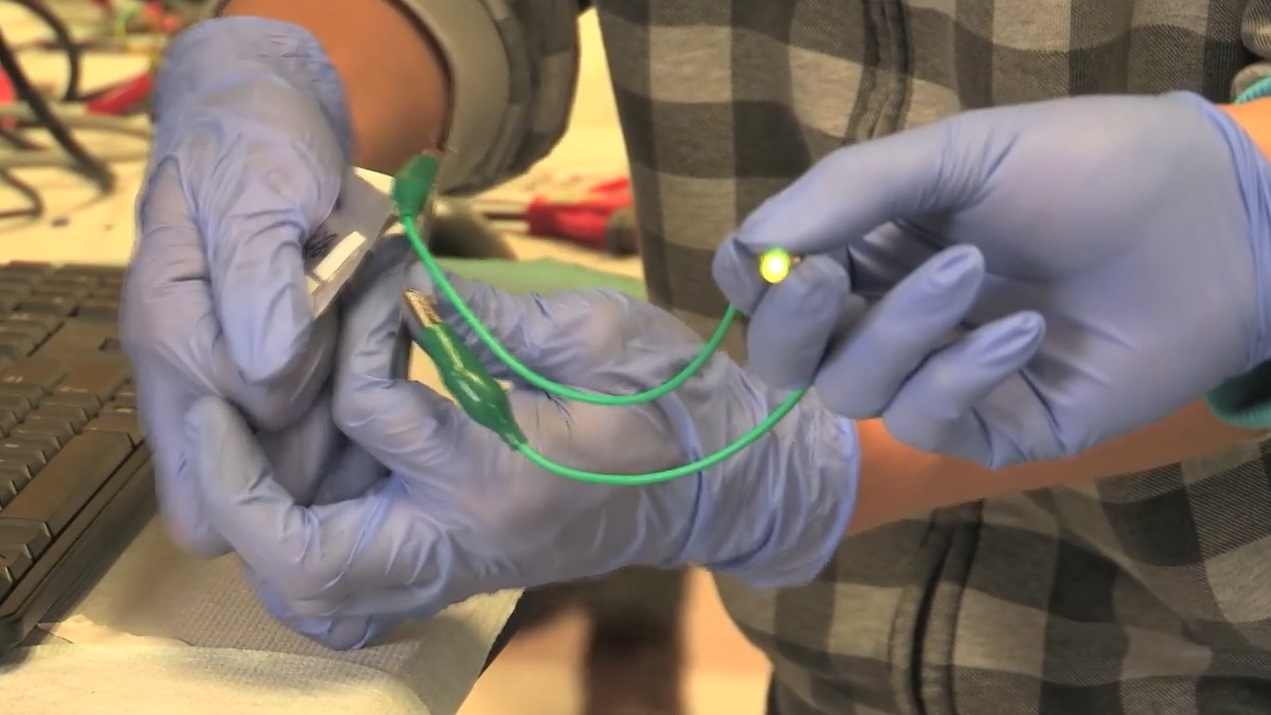 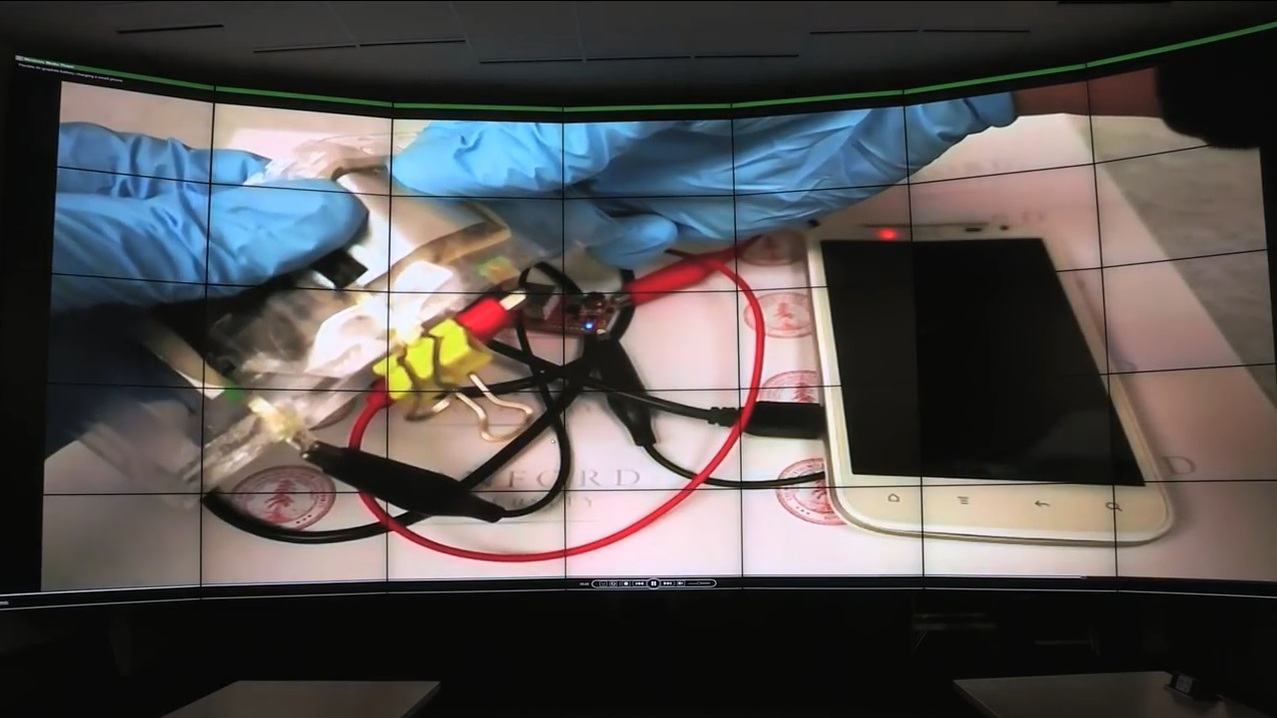 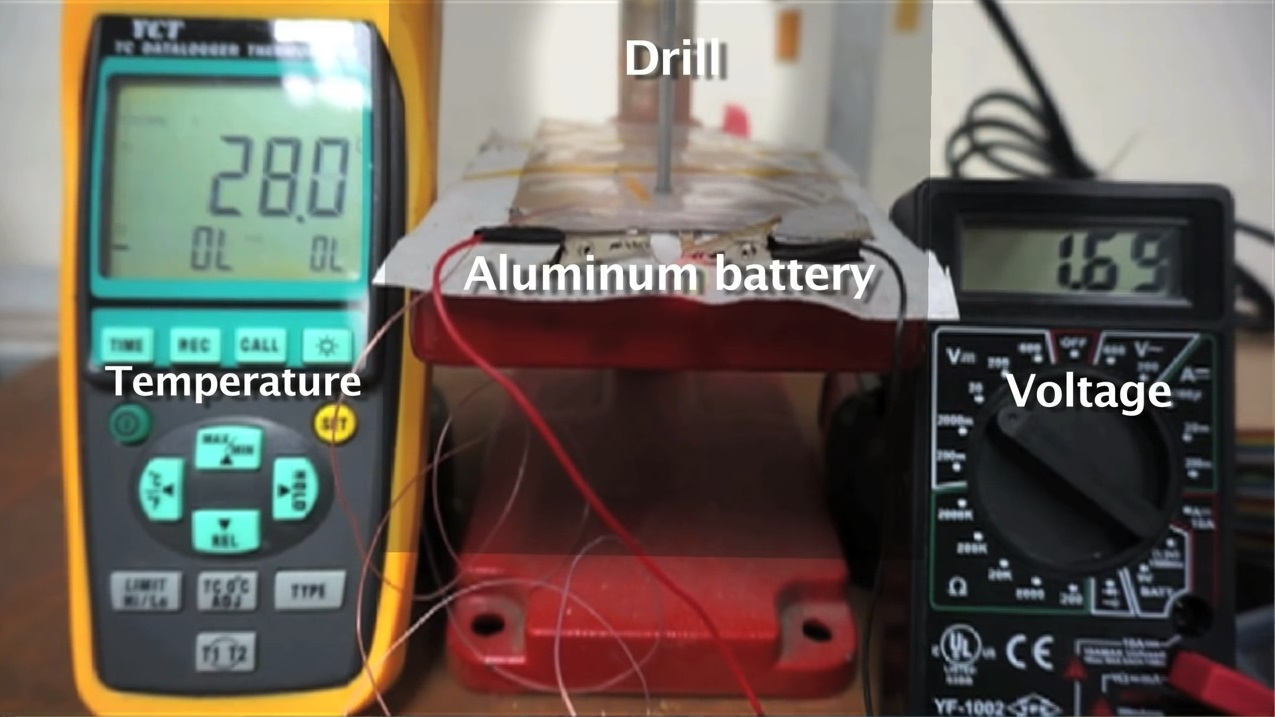 Researchers at Stanford University demonstrated a new type of aluminum-ion battery cell last week that is flexible enough to be bent without damaging it.

The chemistry team claims its design charges faster, and is both safer and more durable, than today's lithium-ion cells.

It could recharge a typical mobile phone in one minute or less, they say.

The new cell can also be recharged up to 7,500 times, its inventors say, compared to perhaps 1,000 times for the lithium-ion batteries used in consumer electronics like mobile phones and tablet computers.

Yingpeng Wu and Ming Gong, chemistry post-doctorate and doctorate students respectively, authored a report in the journal Nature on the new cell, along with other graduate students and chemistry professor Hongjie Dai.

The secret to the new cell, they say, is the use of very porous graphite for the cathode, along with an aluminum compound for the anode, with both electrodes and the electrolyte in a soft-pouch package.

Both materials--aluminum and carbon--are abundant and relatively inexpensive, reducing concerns over raw-material supply.

And unlike some lithium-ion cells, which can explode under extreme conditions--including punctures and short circuits--the aluminum-ion battery is much safer, say the creators.

Its electrolyte (essentially a salt compound that is liquid at room temperatures) is basically non-flammable, as are the aluminum and graphite.

The test cell produced by the Stanford team is presently limited to 2 Volts, while today's consumer lithium-ion cells can operate at higher voltages.

The team notes, however, that the 2-volt level is higher than any previous aluminum-ion cell.

Their immediate focus is on replacing today's rechargeable 1.5-volt alkaline AA and AAA cells, with mobile devices a goal for further down the road.

Alkaline cells are viewed as environmentally unfriendly, though safer than lithium-ion cells.

As with most new battery chemistries and innovations, the creators of the new cell are targeting small consumer electronics for their expanded testing and development.

But the team feels that future versions of the cell could become robust enough to be taken seriously for use in more challenging applications, including plug-in electric cars and grid-scale energy storage.

“I see this as a new battery in its early days,” Dai said. “It’s quite exciting.”

As always, the proof will come during the development and testing.