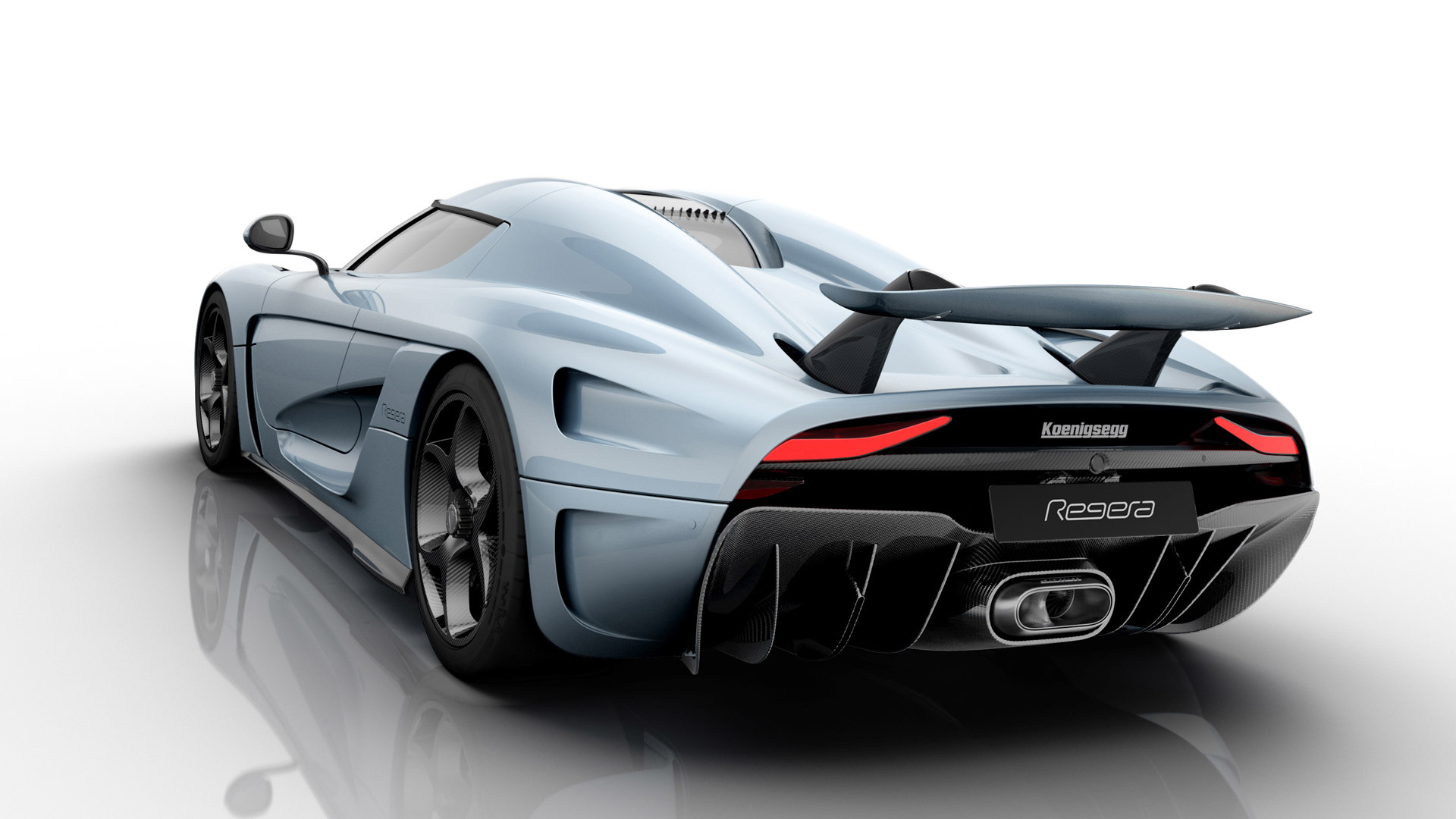 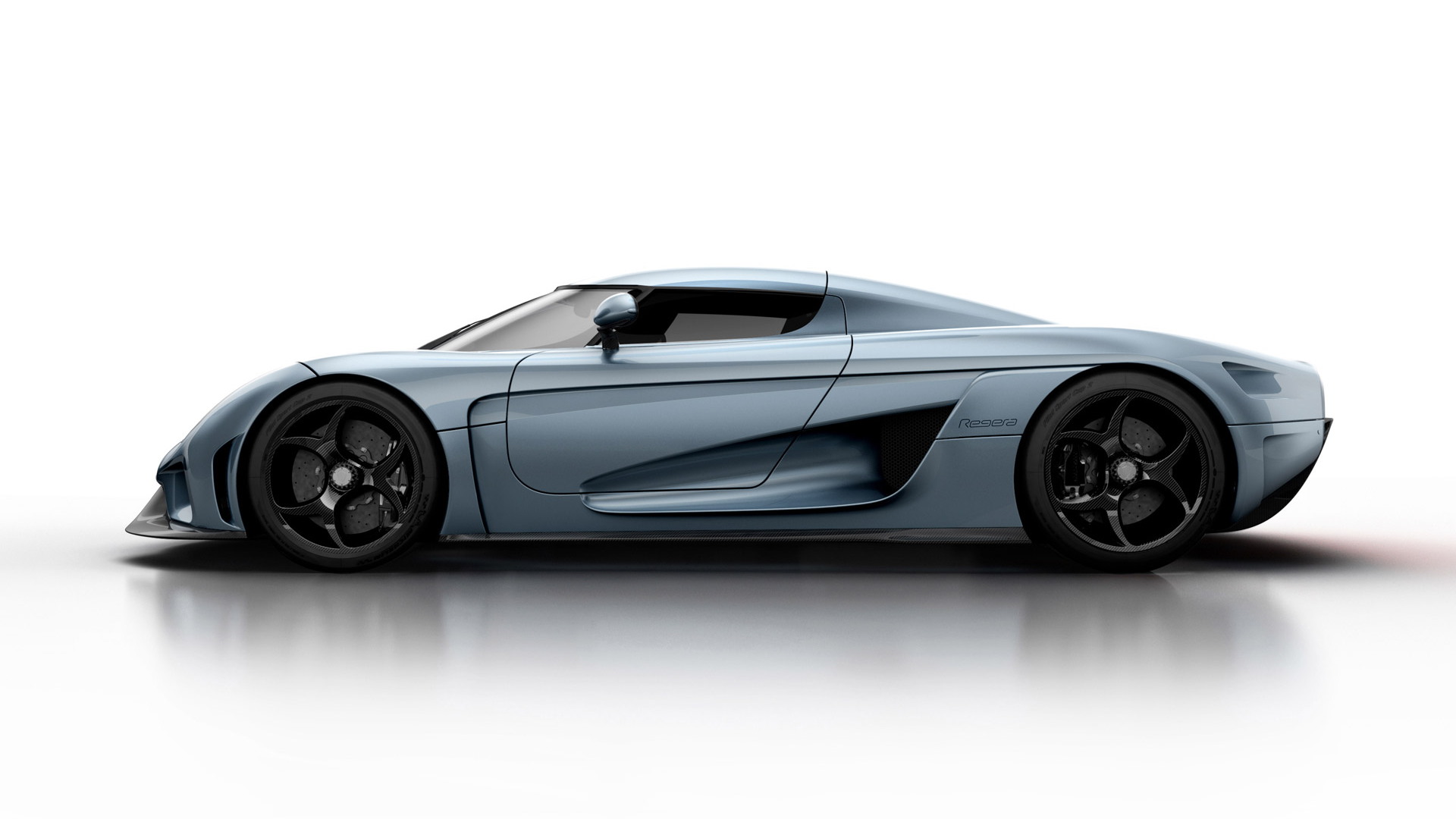 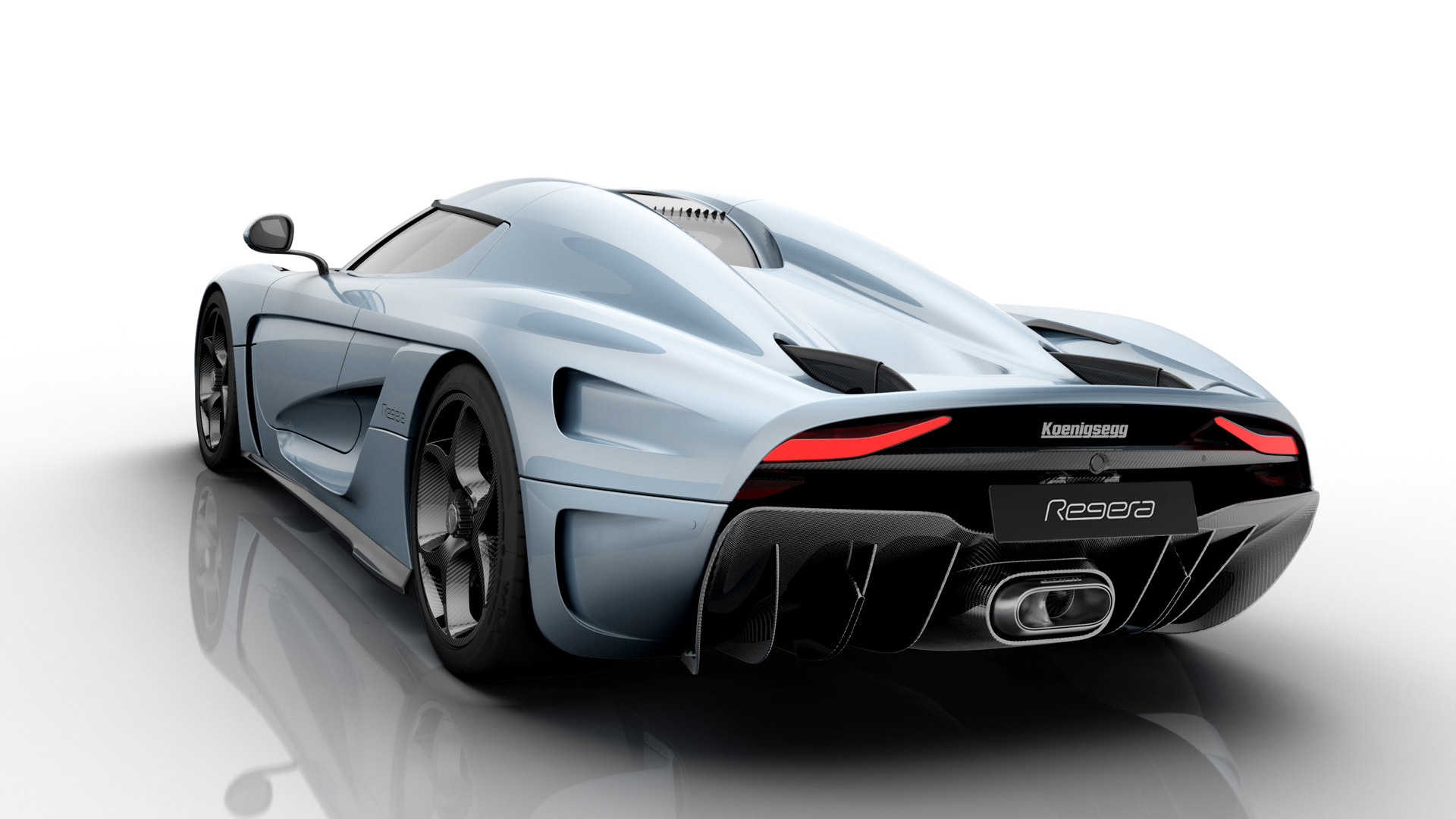 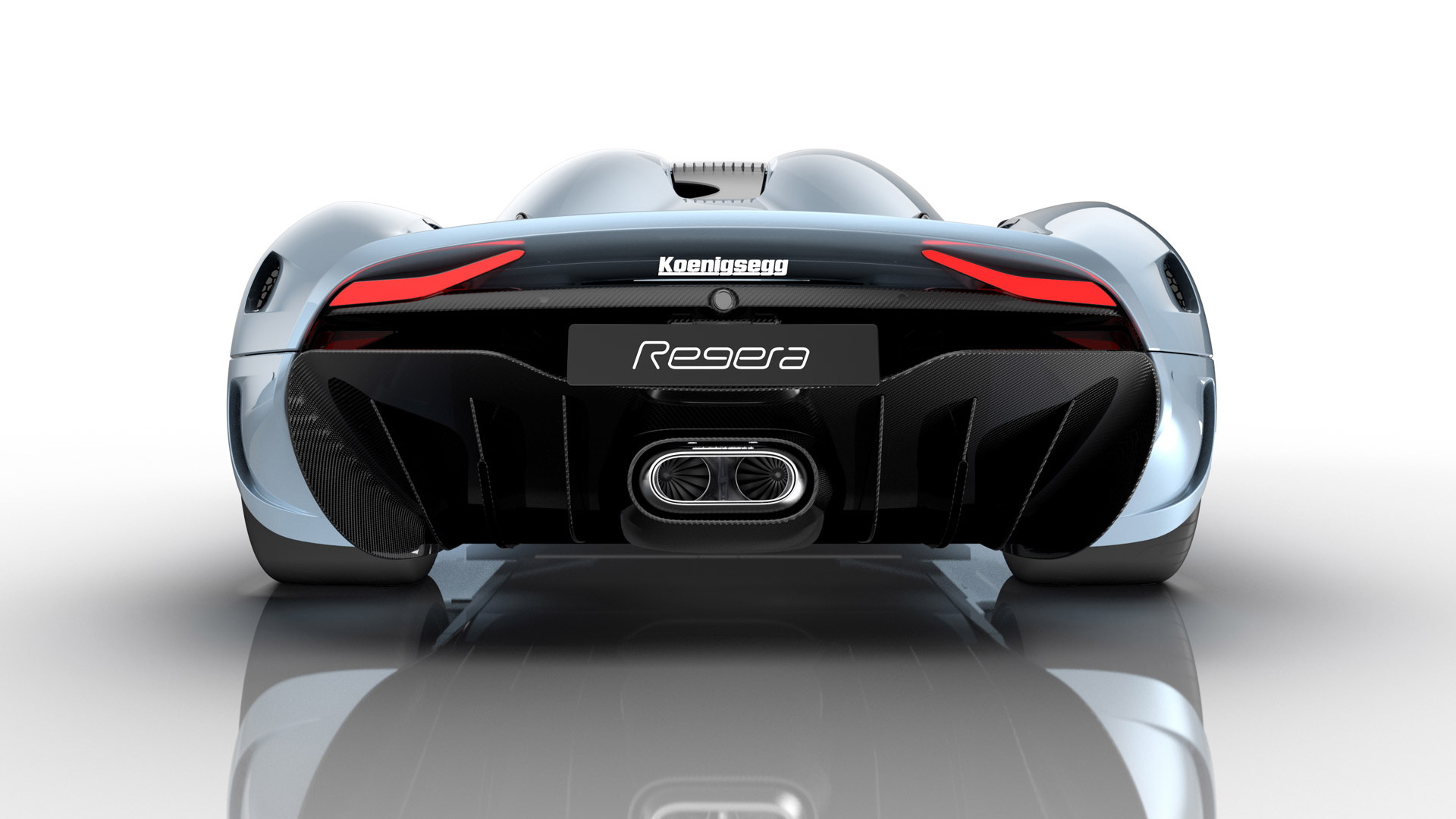 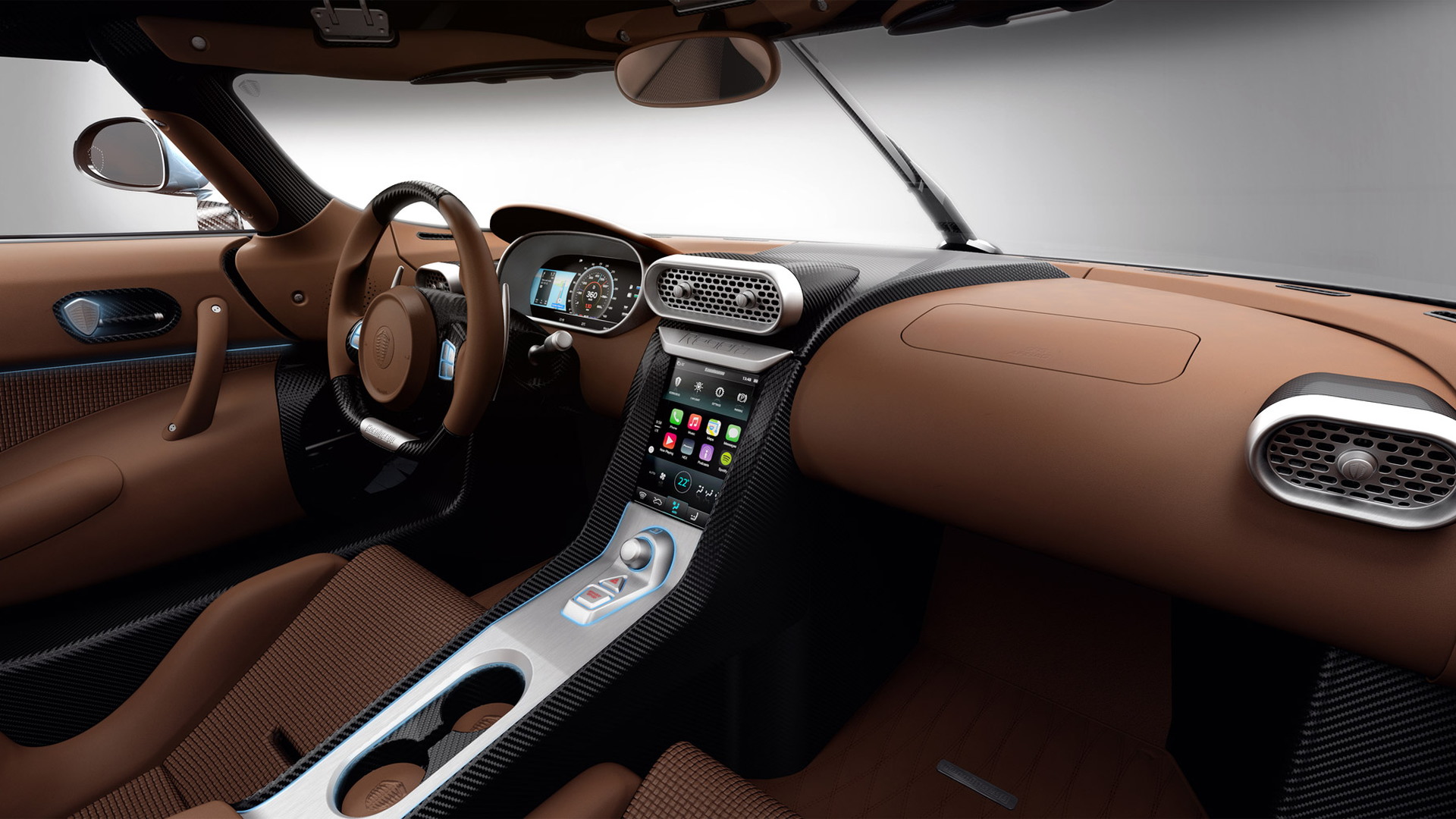 But that’s changed in very pronounced ways the past several years, as the fastest supercars in the world--from McLaren, Ferrari, and Porsche--have all adopted some form of hybrid technology that helps with acceleration and performance.

And increasingly, with models like the McLaren P1 and Porsche 918, automakers are showing how wealthy owners can stay electric-only and free of tailpipe emissions for lower-speed use in urban city centers, saving the zany acceleration times for the racetrack and the countryside.

The latest to go hybrid is the Swedish supercar maker Koenigsegg. For the Koenigsegg Regera, shown first earlier this month at the Geneva Motor Show, its claims include acceleration from a standstill to 186 mph in 12.3 seconds, and to 249 in less than 20 seconds. Top speed? It’s claimed at a blistering 255 mph.

All those numbers would beat the Bugatti Veyron, as well as both the LaFerrari and the 918 Spyder, by the way.

But before you tune out completely—because this is Green Car Reports, after all—we thought that Koenigsegg is worth a closer look as they’ve joined the hybrid group in a novel way—by ditching the gearbox altogether. And there’s potential with such a system to produce an interesting kind of plug-in hybrid, EV mode and all.

In the Regera, the gasoline engine, a twin-turbo V-8, is clutched in by a viscous clutch pack—a “torque conversion device” as Koenigsegg development chief Jon Gunner called it while explaining the system to us.

It’s not all that different than the systems that send variable amounts of torque to the rear wheels in many all-wheel drive systems, but it allows a unique setup, with the electric motors used to their potential, from a standing start, and the gasoline engine geared tall and thus not clutched in until 20 or 30 mph.

“Then the engine is at about 600 rpm; we usually have absolutely no power, but given that you have the 400 N-m, plus 80 N-m from the gasoline engine,” explained Christian von Koenigsegg, the company’s founder and the technical visionary behind this powertrain, at the company’s Geneva press conference.

“We’ve actually got three electric motors in the system,” said Gunner. “One of them is at the front of the crank, and it assists with start, takeoff, regen; and then there are two directly on the wheels.”

Those two separate motors, one powering each rear wheel, are rated at 200 kW each, and have torque vectoring that aids stability.

And what synchronizes the rear wheel motors, the direct-drive clutching, and the third regen/assist motor? “We have a lot of software,” quipped Gunner.

A new use for familiar ‘direct-drive’ hybrid idea

As Gunner explained to us, it allows the two power sources to combine in a way that’s ideal for their power and torque characteristics.

It also minimizes losses; Koenigsegg says that the direct-drive system reduces drivetrain losses by more than 50 percent compared to a traditional transmission or CVT.

And when you engage reverse gear, that’s also done exclusively by those motors.

In all, the 1,100-horsepower gasoline engine and 700-horsepower electric motor system adds up to more than 1,500 hp and 2,000 pound-feet of torque, because they don’t peak at the same time.

And the Regera has almost triple the electric horsepower and more than 300 hp more total than its closest rival.

The electric-propulsion system, altogether, can draw up to 500 kW of power instantaneously.

It only weighs 275 pounds altogether, although Gunner said that they’re maxed-out packaging and volume-wise.

The wide outlet at the center of the rear is actually there to duct cooling air through the battery pack, while the thin vertical fins are the true exhaust outlets for the gasoline engine.

It’s the first fishtail exhaust of any car in 50 to 60 years, said von Koenigsegg in the press conference, and it makes the engine revs sound like they’re doubled.

“This is very good in a car where you can only reach your top rpm at 410 kph. So you have to live on the guttural roar and the resonance from the exhaust to be thrilled by the engine,” he said.

“It just feels like you have an engine with 20 liters,” said von Koenigsegg, who then made a reference to the fastest Tesla, the Model S P85D

“Some people might think I’m going to miss shifting and revving up, and all these nice things you have in a sports car...But I guess many of you have also driven the Tesla P85D, where you have this enormous quick-response electric motor that makes a two-ton car really fly, and become nimble and small in its reactions.”

“So imagine that kind of electrical power, with 600 kilos less weight, with 1100 horsepower of engine power on top of that,” he said.

EV only, for short distances, tailpipe-emissions-free

Back to the quiet, EV-mode potential, Gunner also said that the potential is there to enable such a mode for certain urban areas that incentivize a zero-tailpipe-emission mode.

It would simply leave the gasoline engine clutched out of the system and shut off, and it might allow 10 miles or more of all-electric driving.

Although it’s questionable whether the Regera would reach the 30-km (19-mile) all-electric range that’s required for special parking and lane privileges in Germany, for example.

“We’re not planning to run it purely on electrification, even through it’s possible, and that’s mostly for certification reasons,” said Gunner. “But you can run it that way, and I think it has a reasonable range purely on electric.”

As it will go on sale, the Regera won’t include any selectable driving modes; but it will come with a special Battery Drain Mode allows you to program in your destination. The system will then use the electric motor system as much as it can, to minimize tailpipe emissions and use up your remaining charge by the time you reach your destination.

CHECK OUT: Ethanol In Marine Fuels: Why It Makes Boat Owners So Angry

It also claims to offer the world’s first fully foldable, active, top-mounted rear wing, which is essential for aerodynamics at its 255-mph top speed. Whether it actually helps aerodynamics at legal speeds, we’re not sure.

To deal with the vibrations of startup, and when the gasoline engine is still lugging in its low-rev range, it’s on special soft engine mounts that firm up with higher speed or spirited driving.

This hybrid supercar will see its first delivery in the first quarter of 2016, and Koenigsegg only plans to produce around 15 per year, up to a total of 80 cars.

Could you see a simpler, single-ratio powertrain like this—geared down for normal, legal speeds, of course—being applied to a mass-market hybrid or plug-in hybrid?

What would the pros and cons be, and why hasn’t it been done yet? We look forward to the discussion.