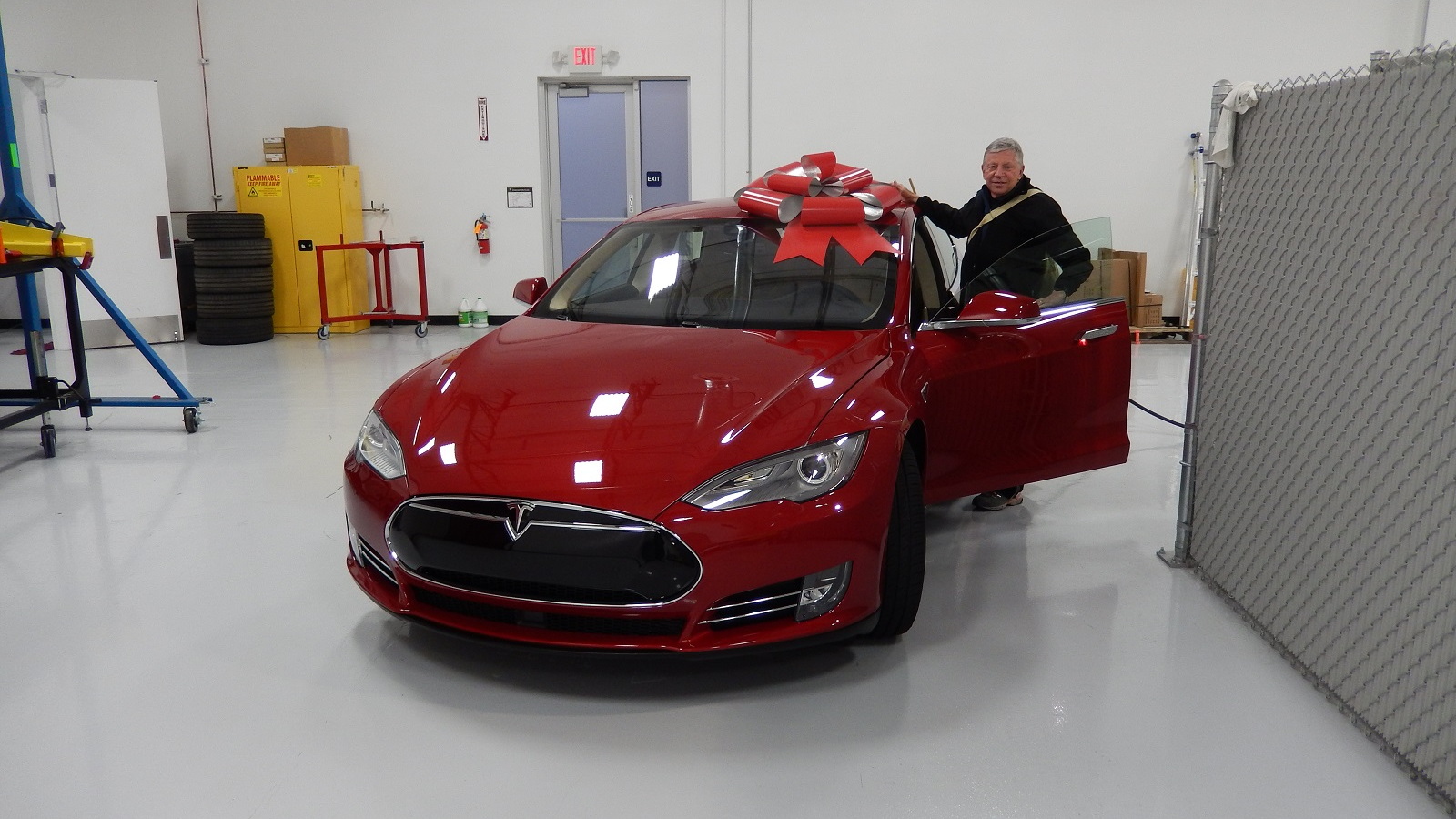 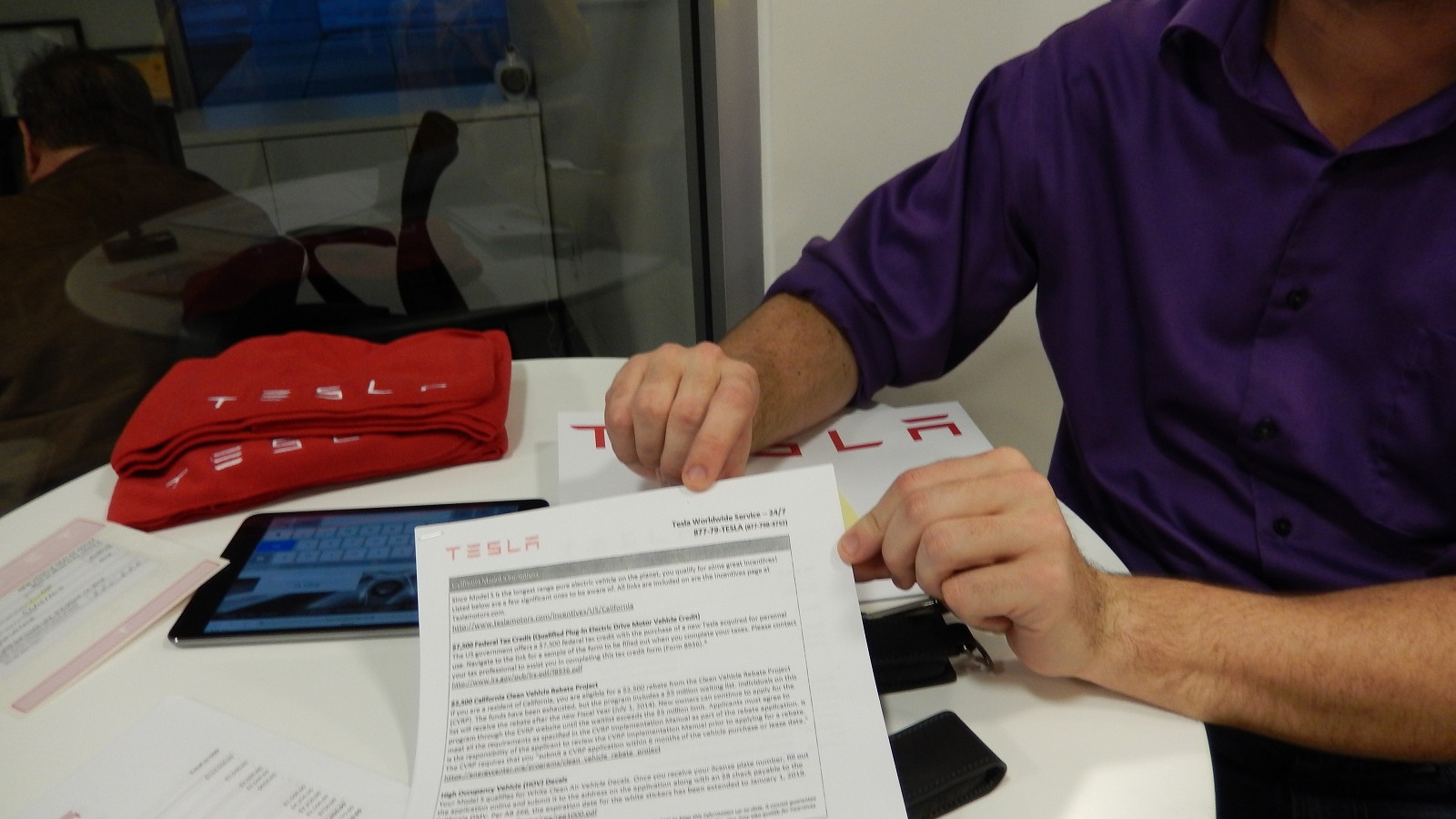 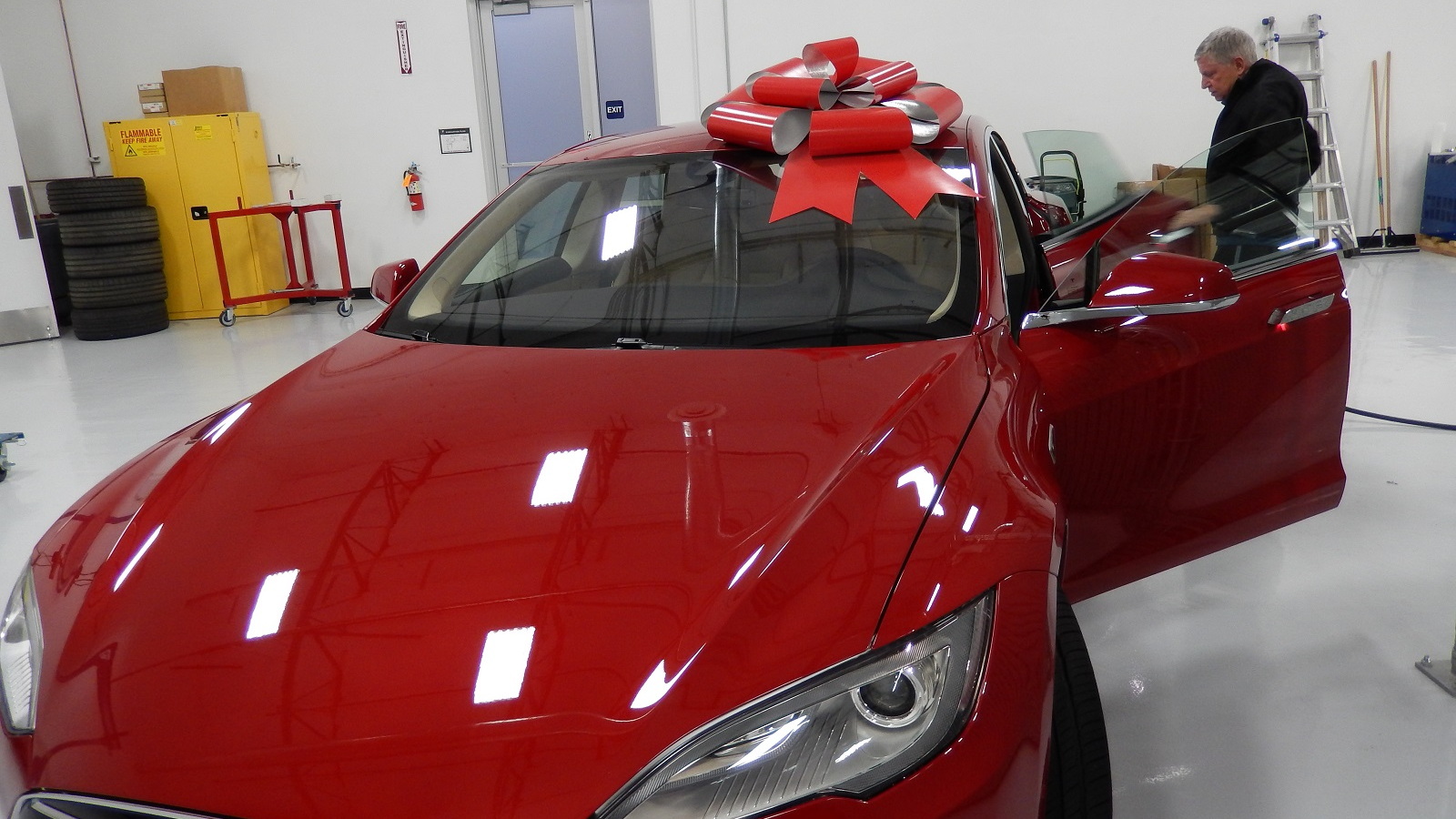 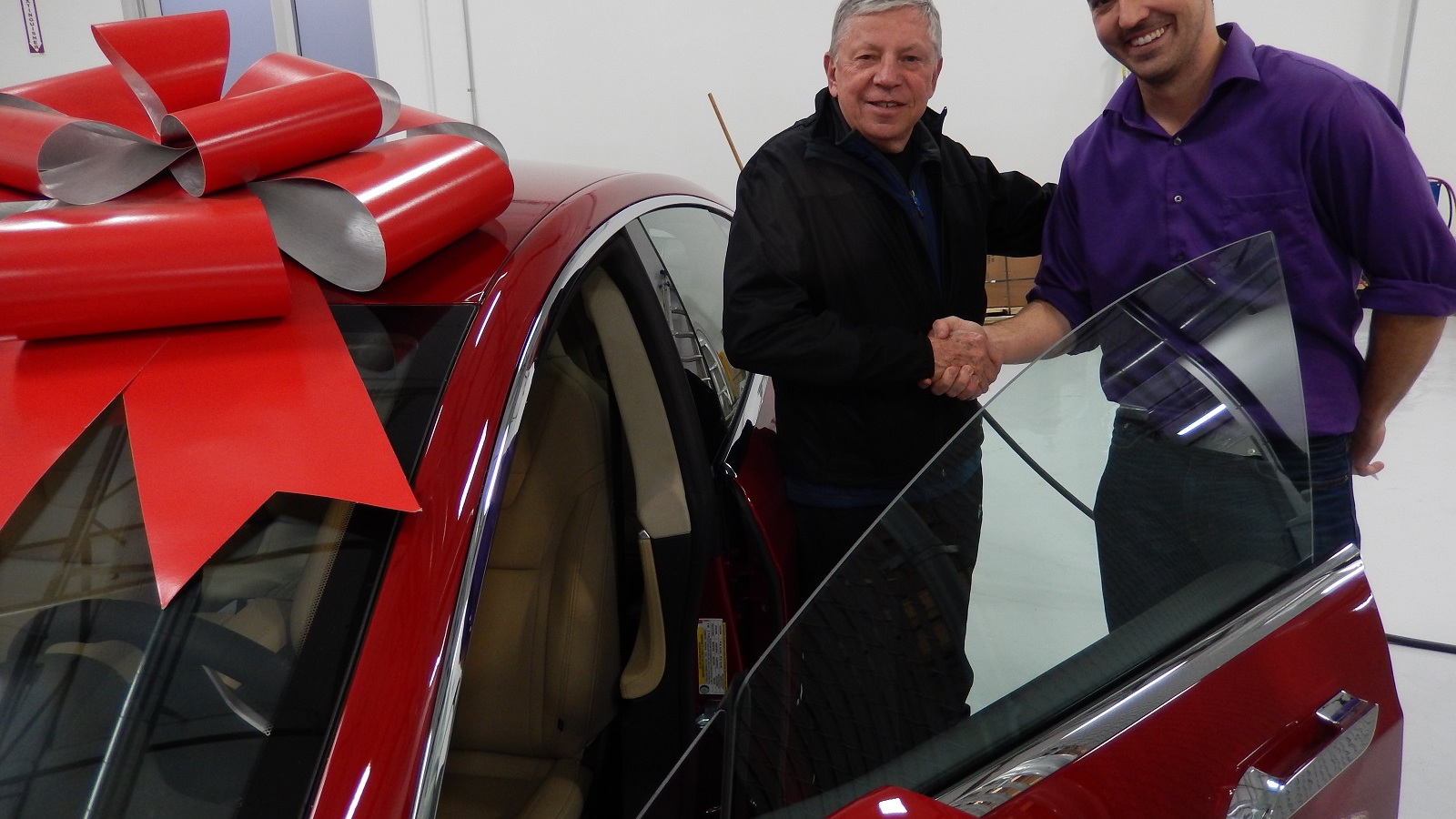 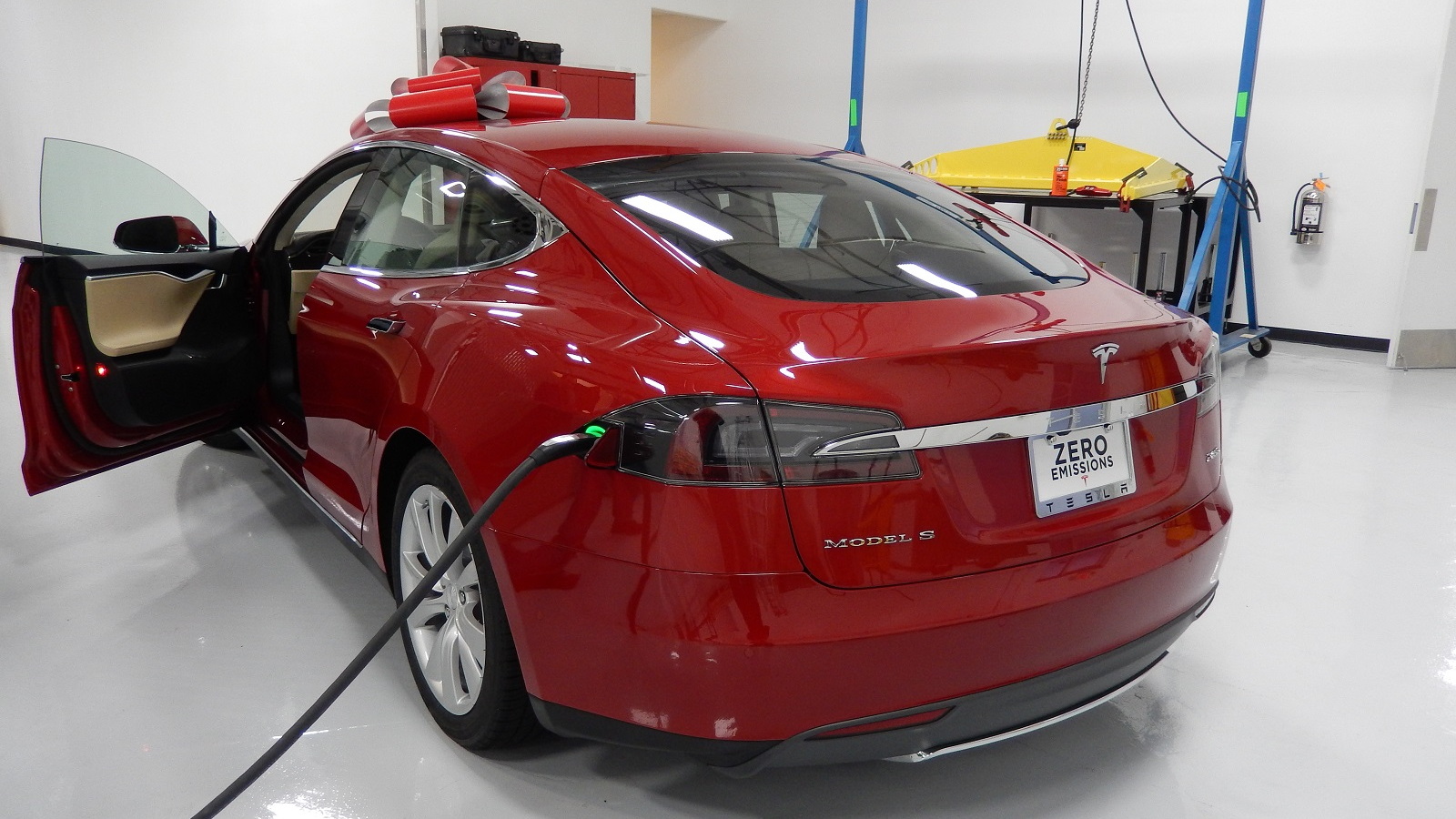 Last October, Tesla announced an all-wheel-drive version of the Model S electric car, with up to a mind-boggling 691 horsepower, and said deliveries would start as early as December—only a two month wait.

The performance specifications of the new P85D version promised supercar numbers on the drag strip, along with several new electronic features, most dramatically the promise of future self-driving.

The gauntlet had been thrown: What would first-generation Model S owners do? Would they upgrade? 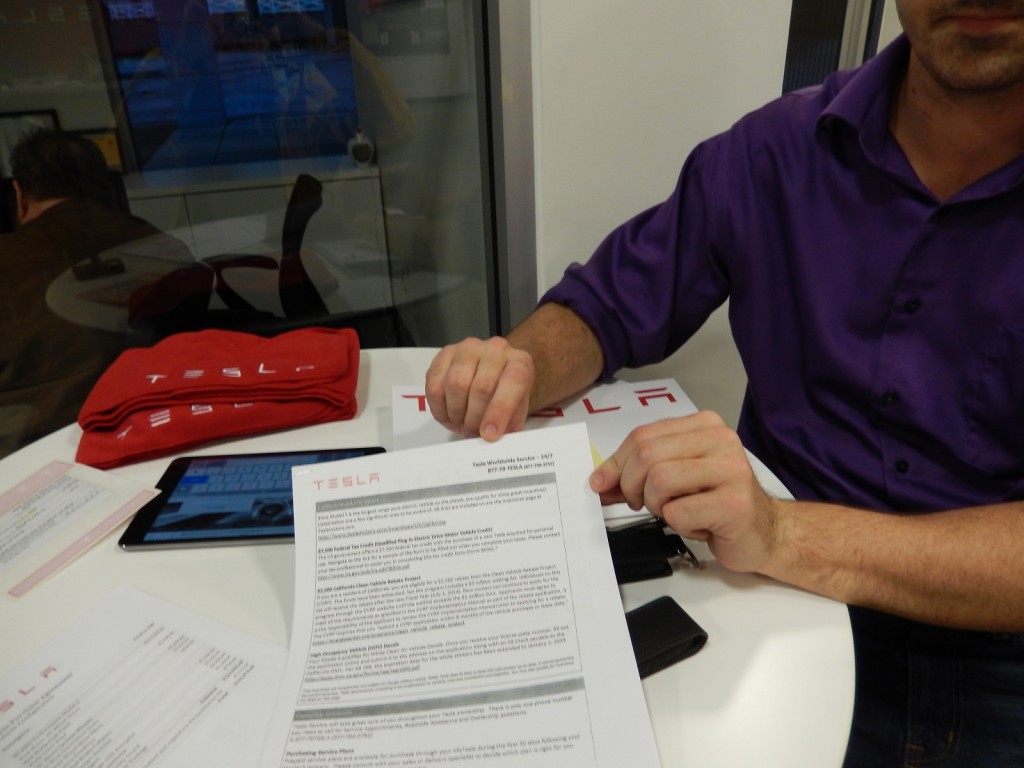 I did. And it appears I'm not alone, to judge from my conversations with other Tesla owners and many, many postings on Tesla user groups and owners forums. Here's why.

A strong surge of orders for the Tesla P85D began on the day it was unveiled. Tesla's Fremont factory have shifted to building large numbers of P85D models, with standard 85D models to follow.

The P85Ds represent extra income for the Tesla Motors bottom line, and preview the production of the SUV Model X, presently scheduled for late this year.

Installation of the all-wheel-dirve system in the "D" versions of the Model S should help train production workers in the Model X platform, since the two vehicles will share a large portion of their underpinnings. 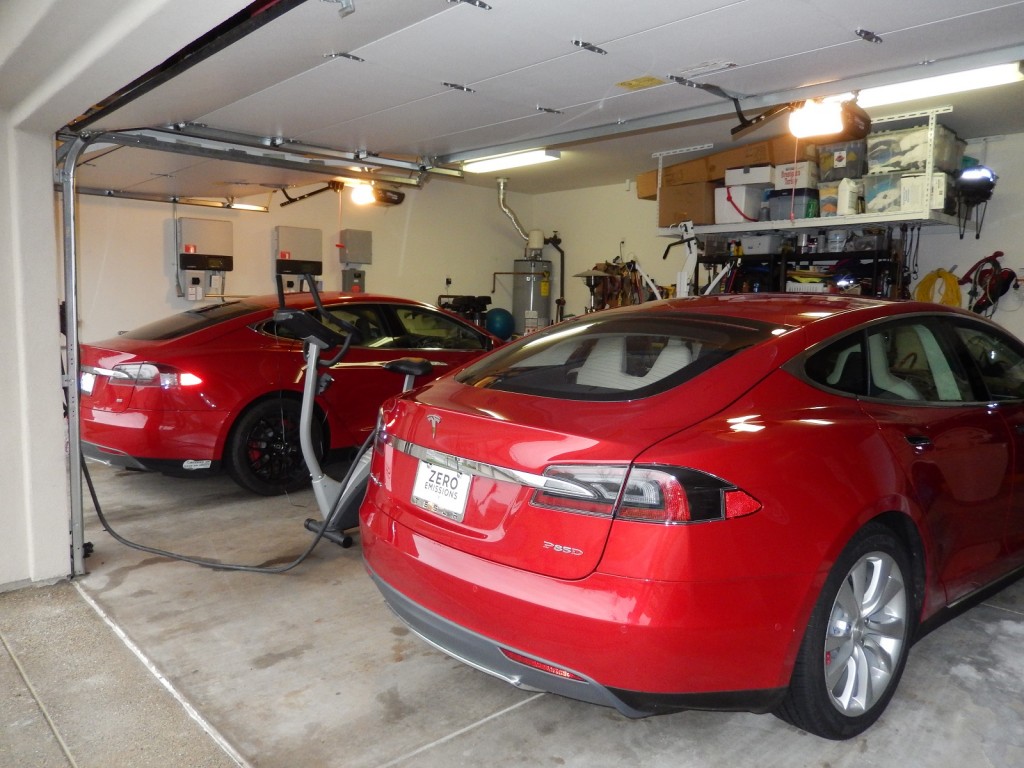 Some of the P85D orders being delivered appear to be a second  Model S being added to a household, according to forums and online groups.

While some of those early Model S owners are keeping their original Model S as a second car, most seem to be selling or trading in their cars to get the new generation of all-wheel-drive cars.

This has produced something of a glut of used Model S cars since that October S/P85D introduction. In the first 16 months after the Model S launched in mid-2012, used 85-kilowatt-hour Model S cars were selling for 85 percent or more of their original order prices--letting potential new owners avoid the delivery time of three to four months by switching to a lightly used Tesla. 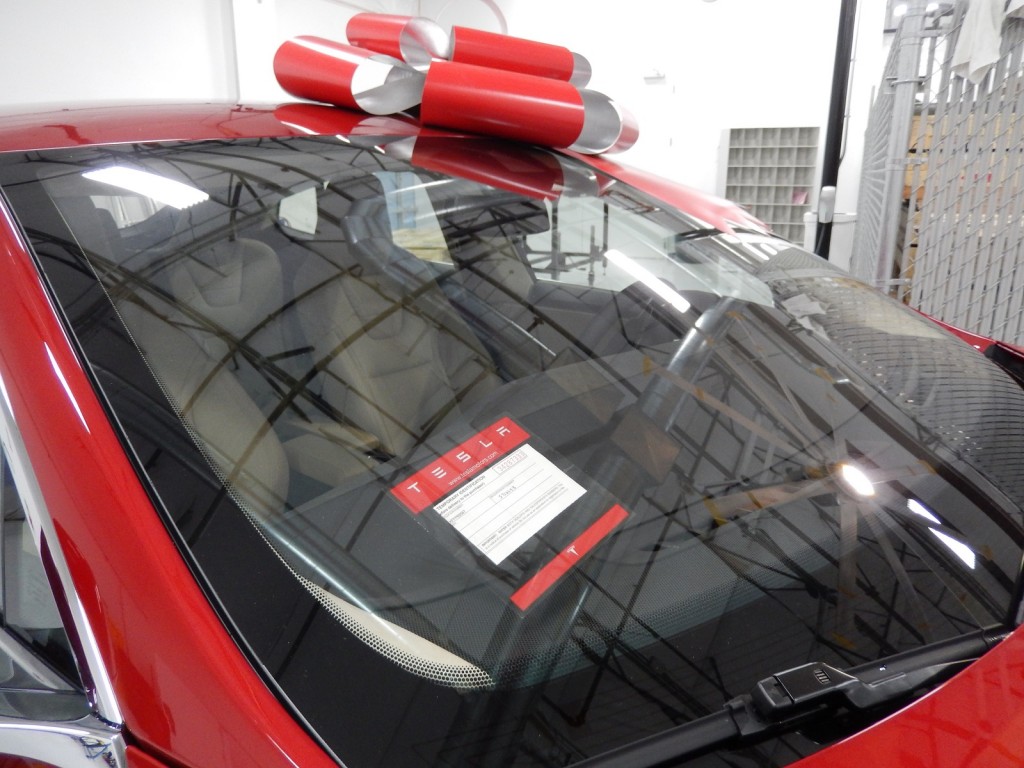 Trading in vs private sale

Of course low mileage virtually new examples still bring better returns: A Sacramento P85+ owner got $87,000 in a private sale  for his car after six months of use and just 5,000 miles, when he jumped to a P85D on the first day he could order one.

Other cases: Bill in Austin sold his earlier Model S on Ebay for about $35,000 less than original cost, and Jaff in Canada parted with his for about C$40,000 less than sticker price.

Tesla will take these cars as trade-ins accompanying new orders, but as with any car dealer, they intend to make a profit on both the new-car order and the vehicle traded in. 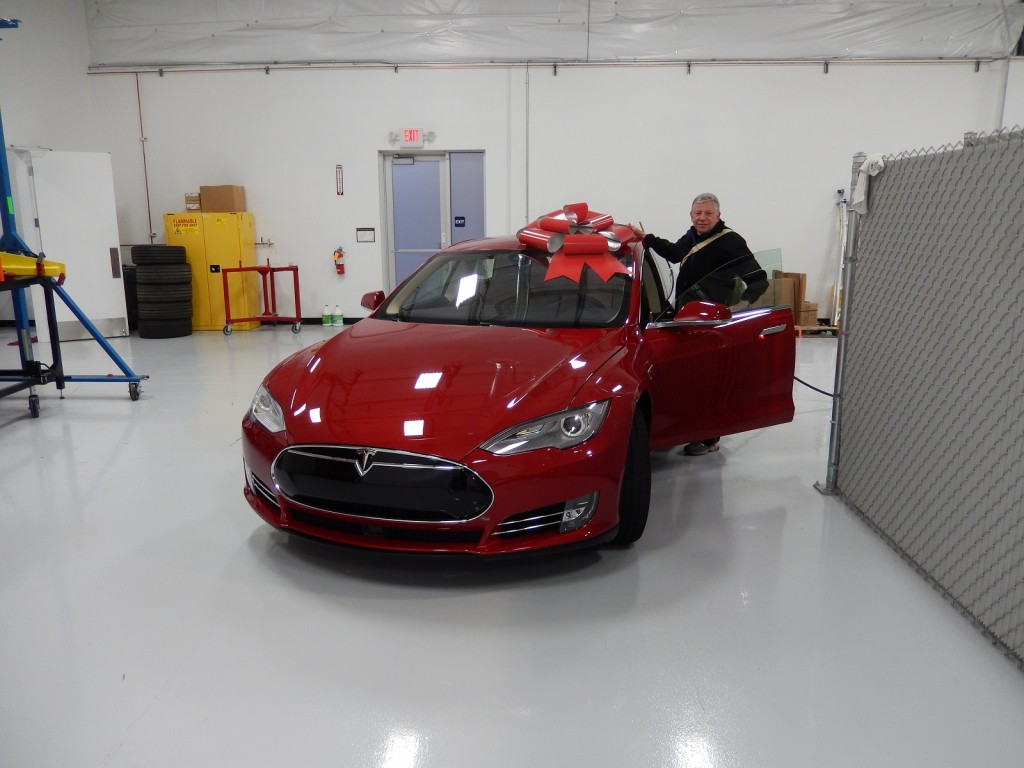 Some owners accept that in exchange for the simplicity of a trade-in. The owner known as Inxcar traded his S85 directly to Tesla, as did mferrazano. Both were pleased with how simple the process was for them. As one said: "Not top dollar, but that’s fine.”

Why trade up so soon?

Early buyers of the Model S may not be specifically committed to being green, but rather to new technology--and given the car's price (starting at $70,000 and topping out in the mid-$130,000s) they obviously have the budget to indulge their interests.

After driving solely electric for any length of time, it is impossible for many drivers to go back to a crude internal combustion engine, with all its noise, roughness and lack of instant torque.

The P85D offers well-heeled techies all the power and smoothness they have ever imagined, with the ease of driving of any other vehicle.

Tesla has dialed in the P85D's traction control so precisely that the separate “launch control” setting required on virtually every other high/super performance car is not needed at all. 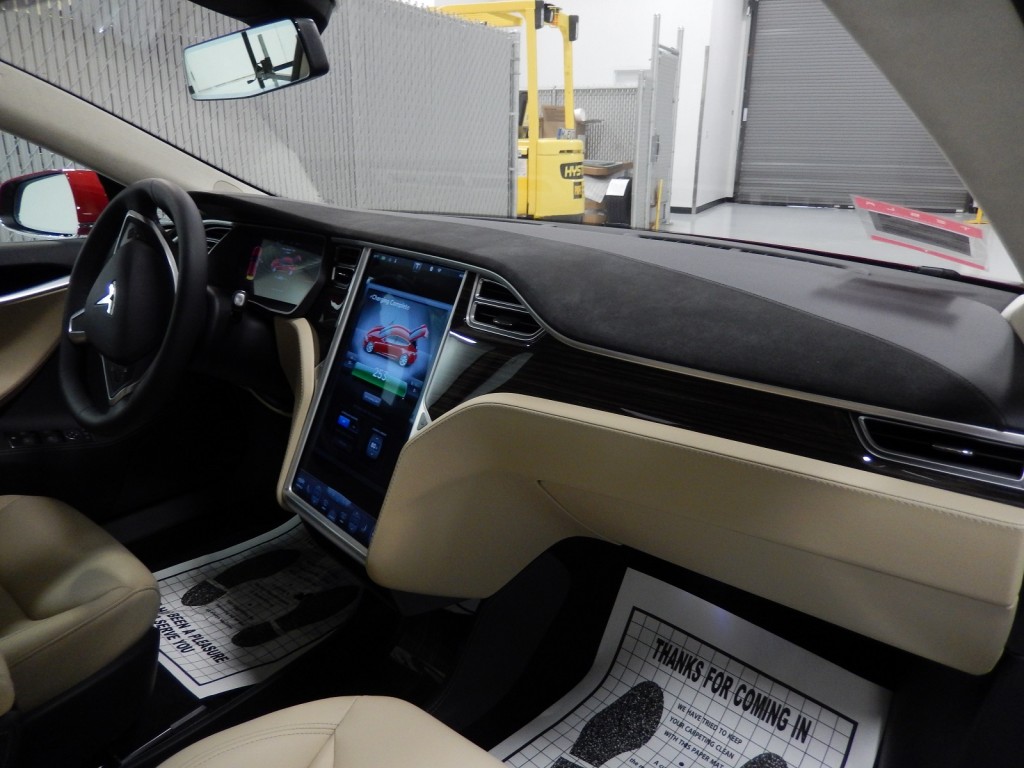 Those P85D owners who drive consistently in “Insane” mode can get that same rocketship thrill each and every time they accelerate.

The sole caveat to enjoying that is the absolute requirement to warn passengers to put their heads tight to the headrest, since the first 1 to 2 seconds of launch pulls more than 1.0 g of force--and the resulting chiropractic lawsuits could be expensive.

MIT alumnus Scott Cutler was, not surprisingly, attracted to all the new hardware in this P85D. “I am clearly a person who values new technology.” 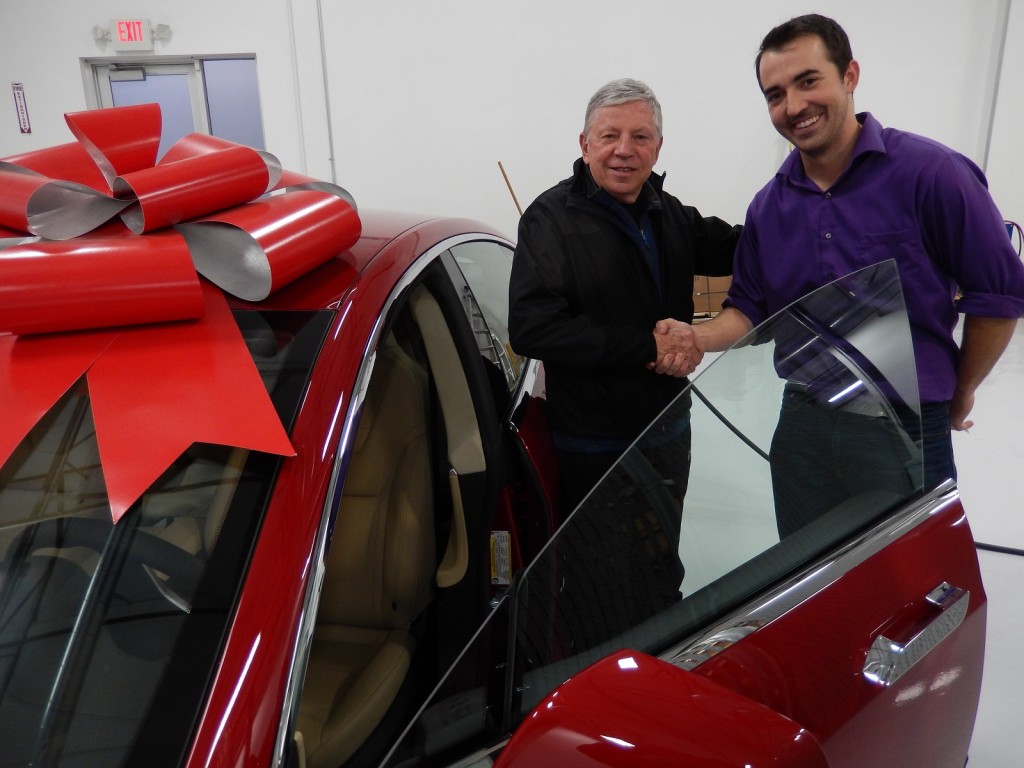 Sumit Nagpal in New England, commented, “I missed some of the features (here) in my previous cars….Tesla’s implementation knocks it out of the park.”

The most rational migration may be to the 382-horsepower S85D, rather than the P85D (691 horsepower). That model also has the longest rated range, at 270 miles. 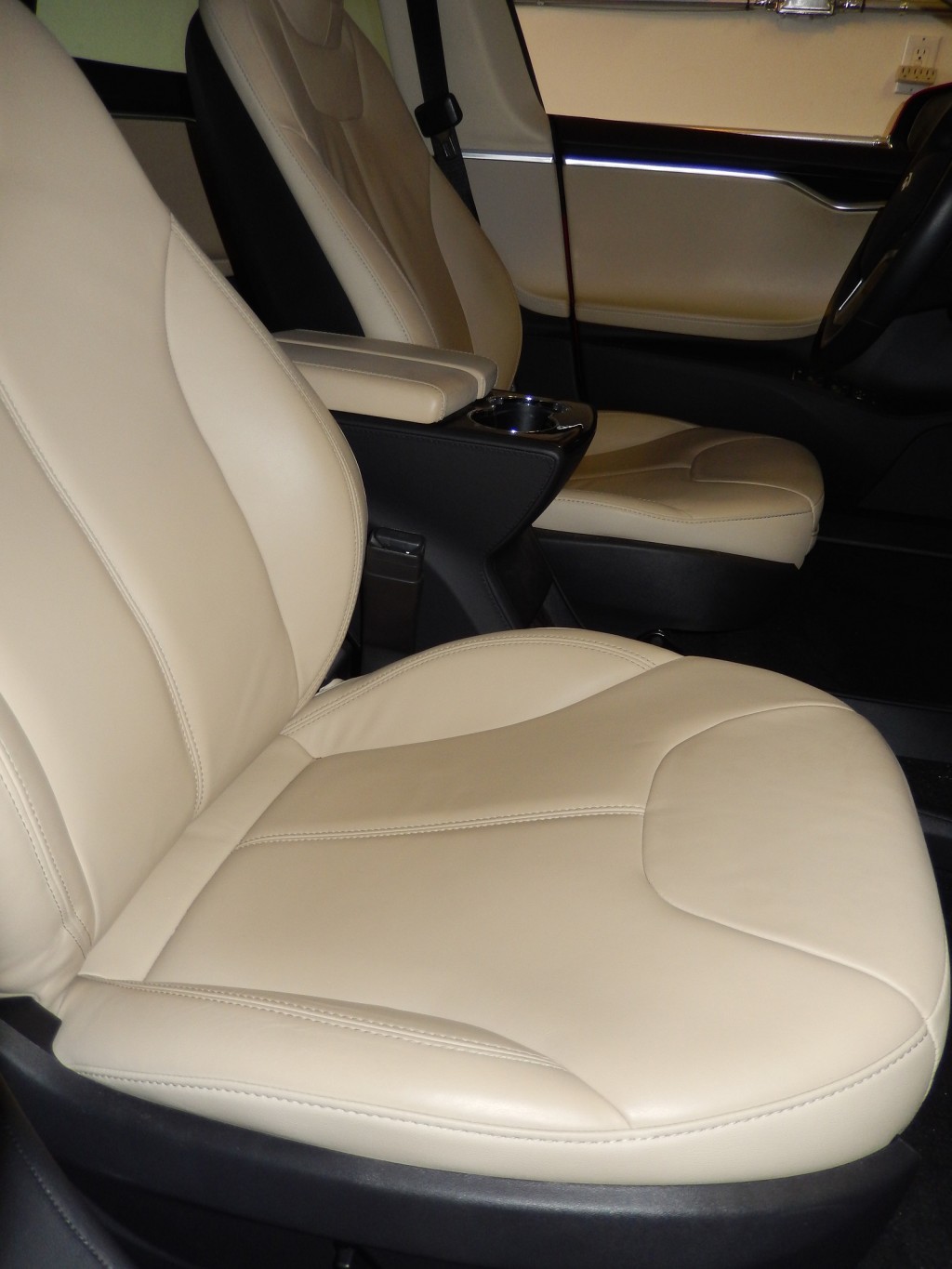 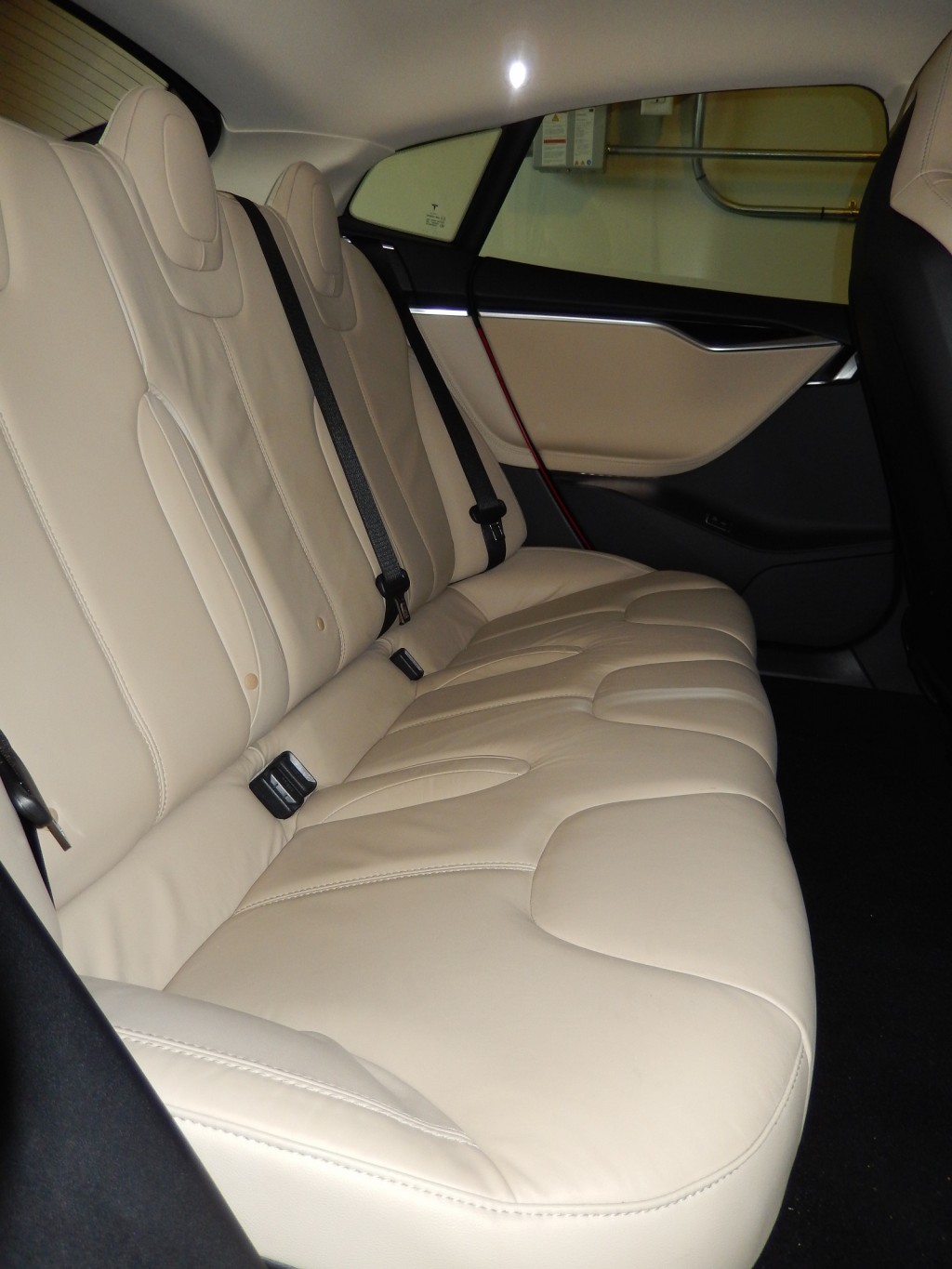 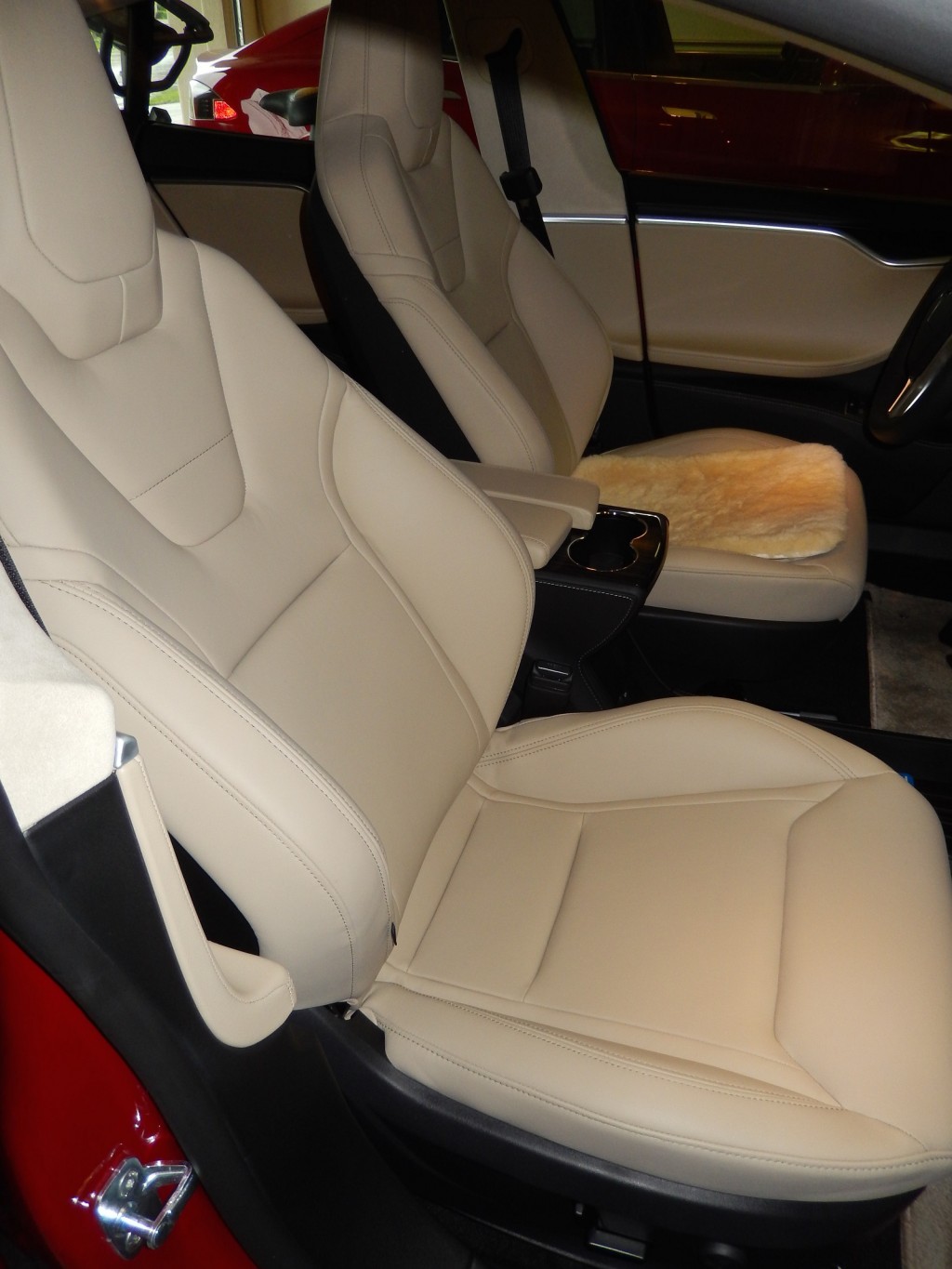 Newly designed seats are one of the options offered, and virtually all P85D orders include these better bolstered front seats. Many also opt for the deeper bolsters on the rears seats.

A new option for the rear seats is called “executive seating” and provides two fully cosseting buckets with a center console, instead of three-across bench seating in the rear. The new front seats were high on the list of positives for Matthew Chan in Davis, California.

A new option that appeals to most S or P85D upgraders is the “winter package,” which is a good deal by Tesla standards at $750.

It includes heated seats in the back and a heated steering wheel (at least if your P85D was built after January 10, 2015, or thereabouts).

Most earlier P85D orders did not include the heated steering wheel feature, since it was not listed as a feature until January.

Instead, it was an “Easter egg” for many early deliveries IF that order was received from a colder climate area (sorry about that, Florida and California early buyers).

A more trivial detail is the better sun visors on all recent production cars, since the original Model S sun visors are notably worse than what you may find in a Toyota Corolla. Matthew Chan even noted, though they were far down on his list of attractions, the car's ”larger visor and vanity mirror.” 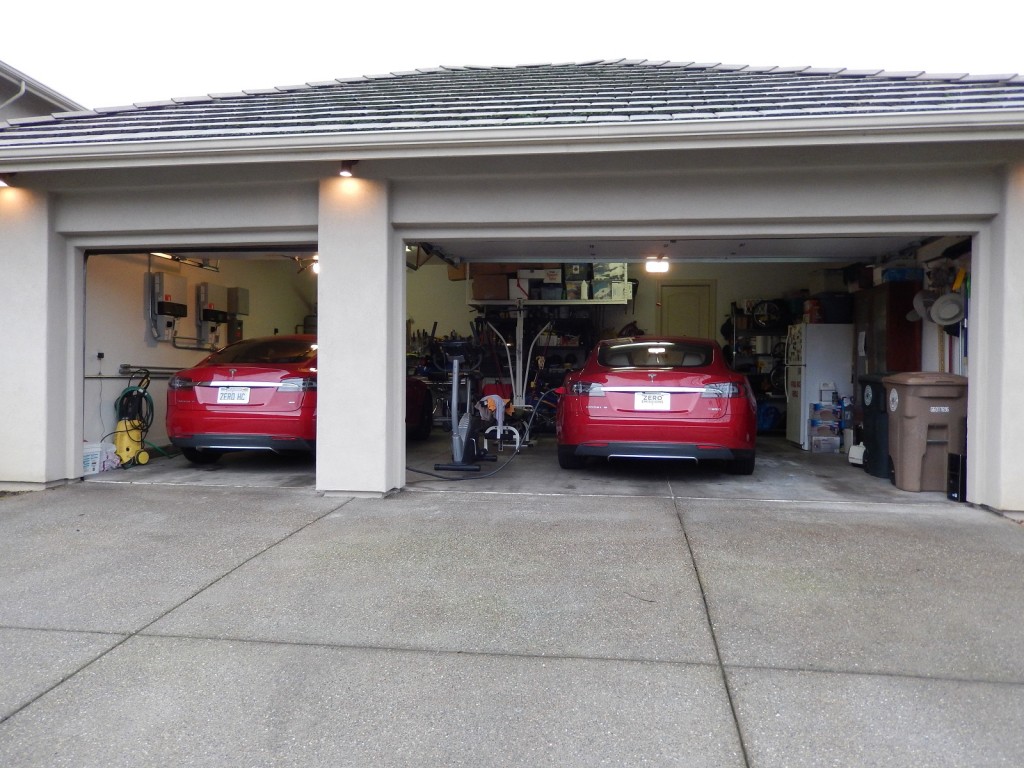 But it was only with the dramatic introduction of the P85D that Tesla Motors CEO Elon Musk actually made public the changes already included in cars coming off their production lines for several weeks.

The cruise control is now adaptive, with distance sensing to the car ahead, and the ability to follow that car while maintaining a safe separation, right down to a stop and then returning to speed. This feature is functional from delivery.

Current production Model S cars can intelligently change lanes on their own via full proximity sensing systems and a simple flick of the turn signal when at freeway speeds.  This feature too is currently operational.

Then there are the features that are coming "soon" (which for Tesla could be anything from next month to next year, given the interminable wait for the Center Console Insert from the company's optional accessories list).

The flashiest of those is fully automatic self-driving. The sensor array on new Model S cars is now powerful enough to allow self-parking and self driving of the car, the company says. 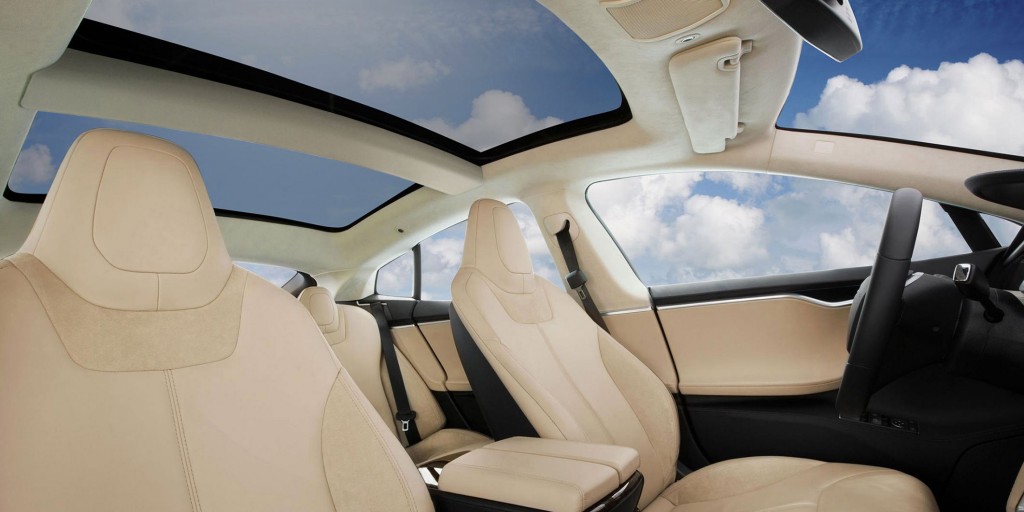 Tesla promises that “soon,” with an over-the-air upgrade of the car's software, those recent Model S cars with the necessary hardware will be able to do what KITT did to impress TV watchers.

That is, owners can call their Model S cars to come to the theatre or mall entrance from a distant parking space to pick us up on a rainy or stormy night.

Putting one motor to sleep

Another upgrade, promised for but not delivered by the end of January 2015, is a full “sleep mode” for the rear motor in the "D" all-wheel-drive cars when traveling at  freeway speeds.

The Model S needs only 14 horsepower to cruise at 70 mph, so a full sleep mode for the more powerful rear motor in the P85D (or the equal-sized rear motor in the S85D) will great reduce power demands on the battery pack and should increase actual range.

The S85D with one 188-hp motor in operation is now rated at 280 miles, and the insanely powerful P85D is now projected to have 270 miles of range at 65 mph. What other super performance sedan is out there that can do all of this?