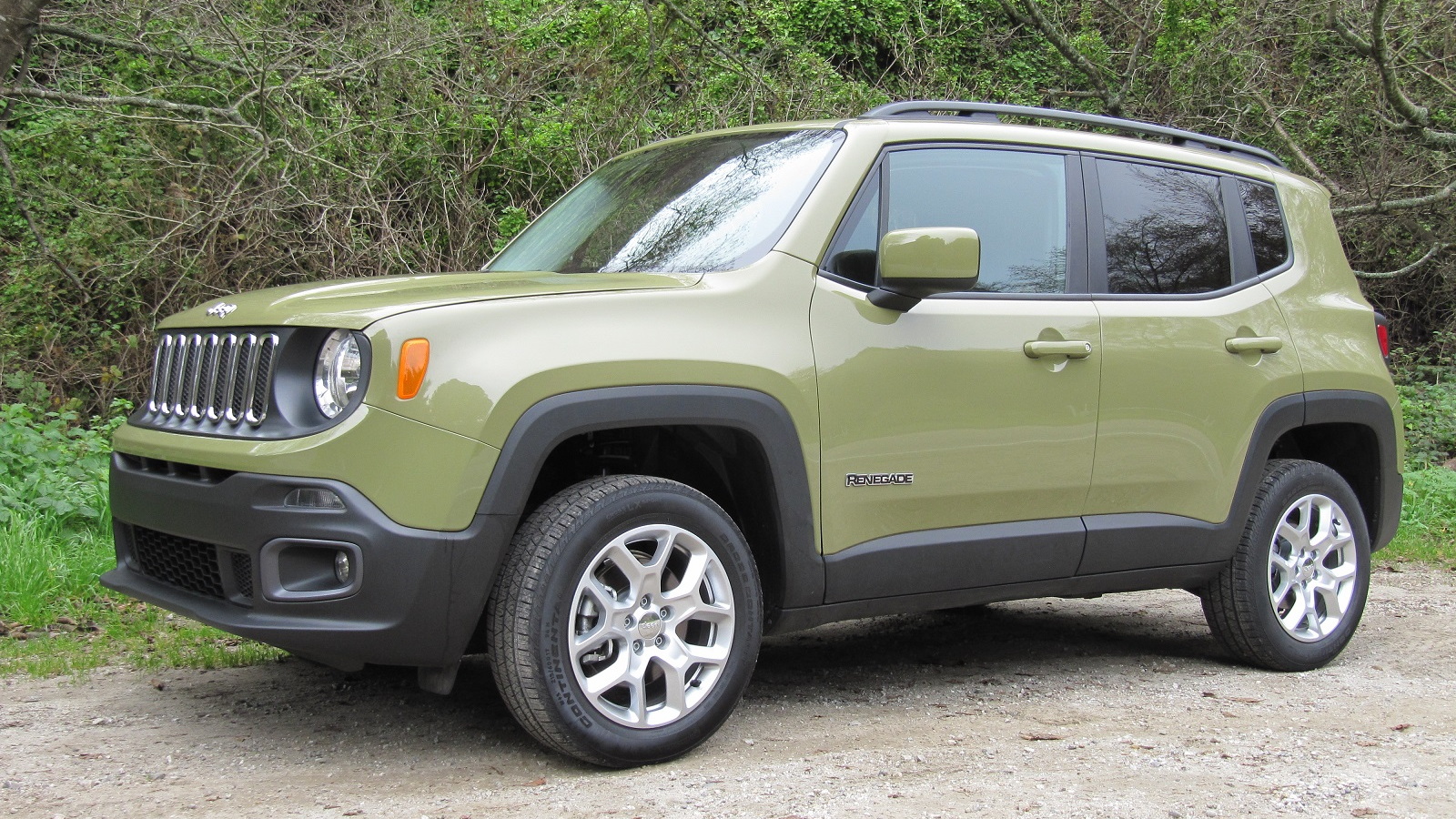 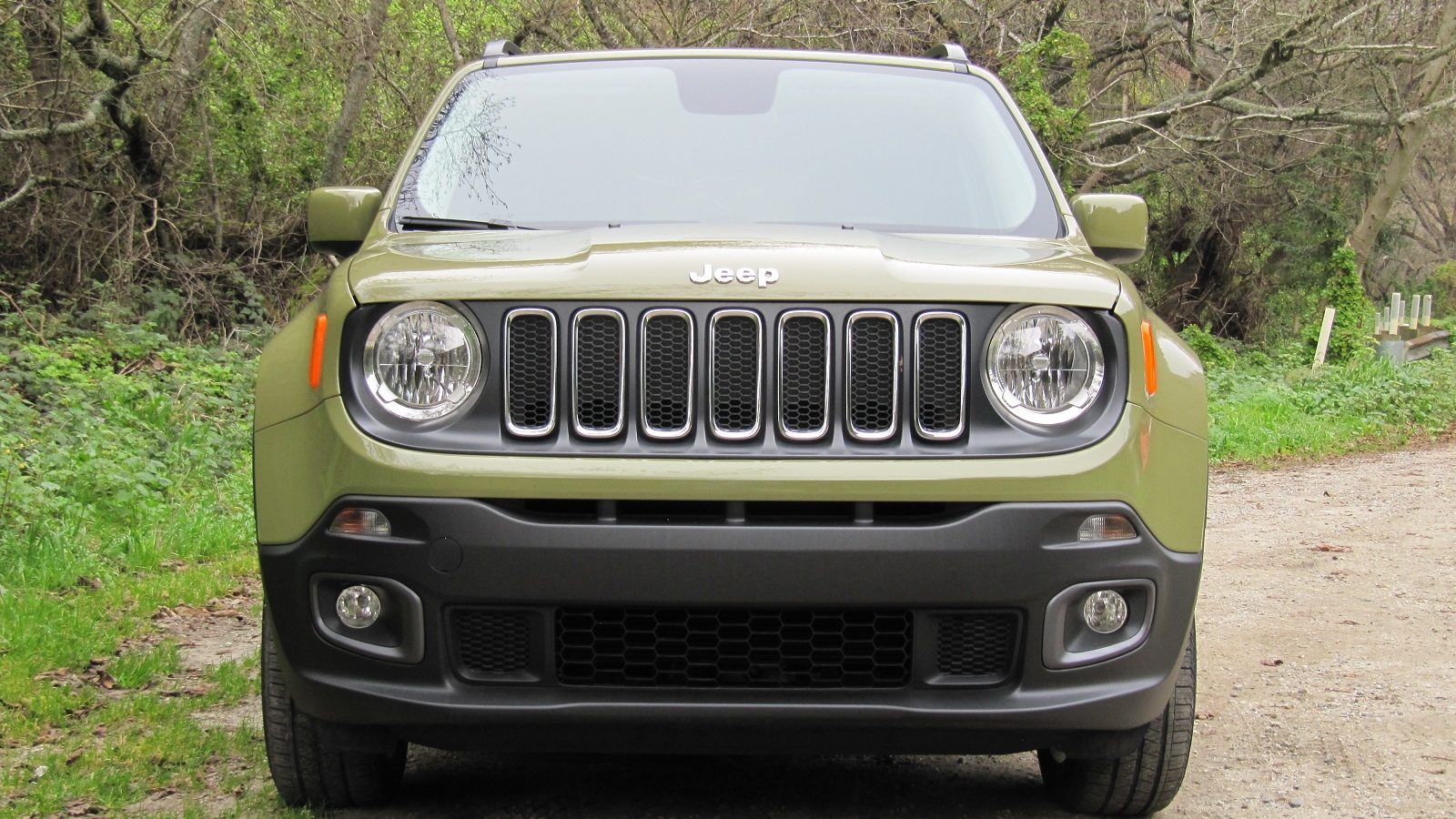 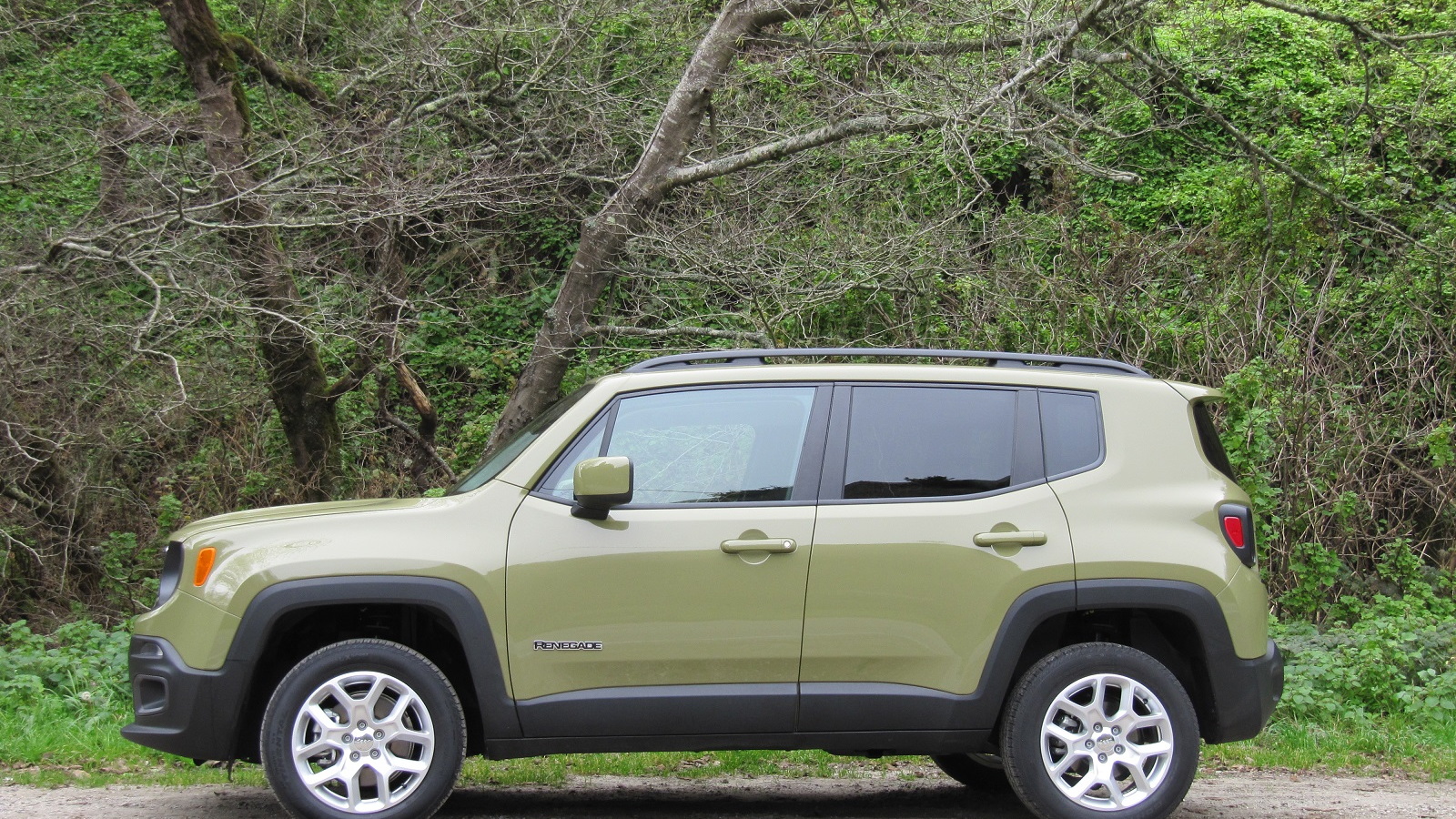 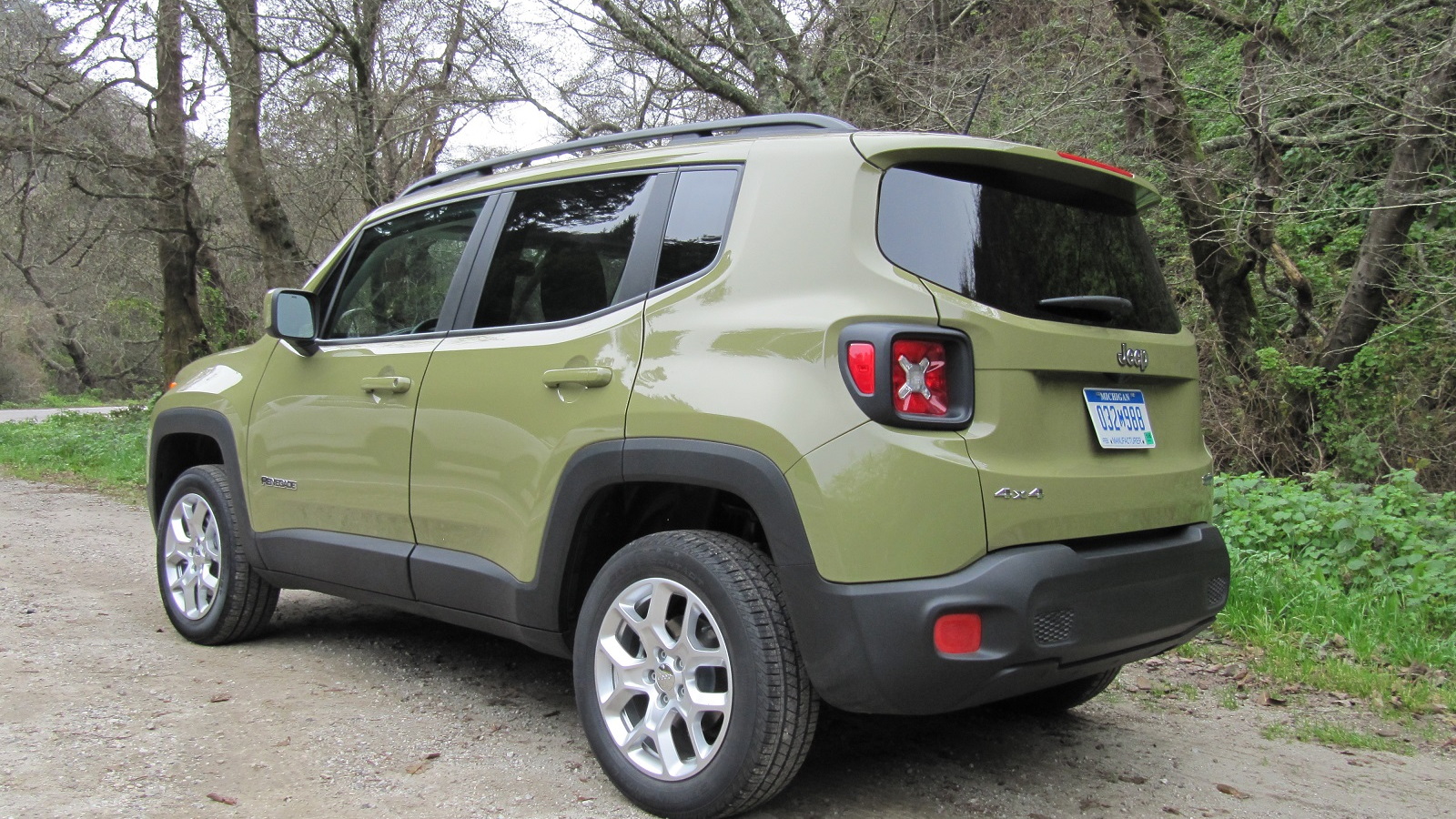 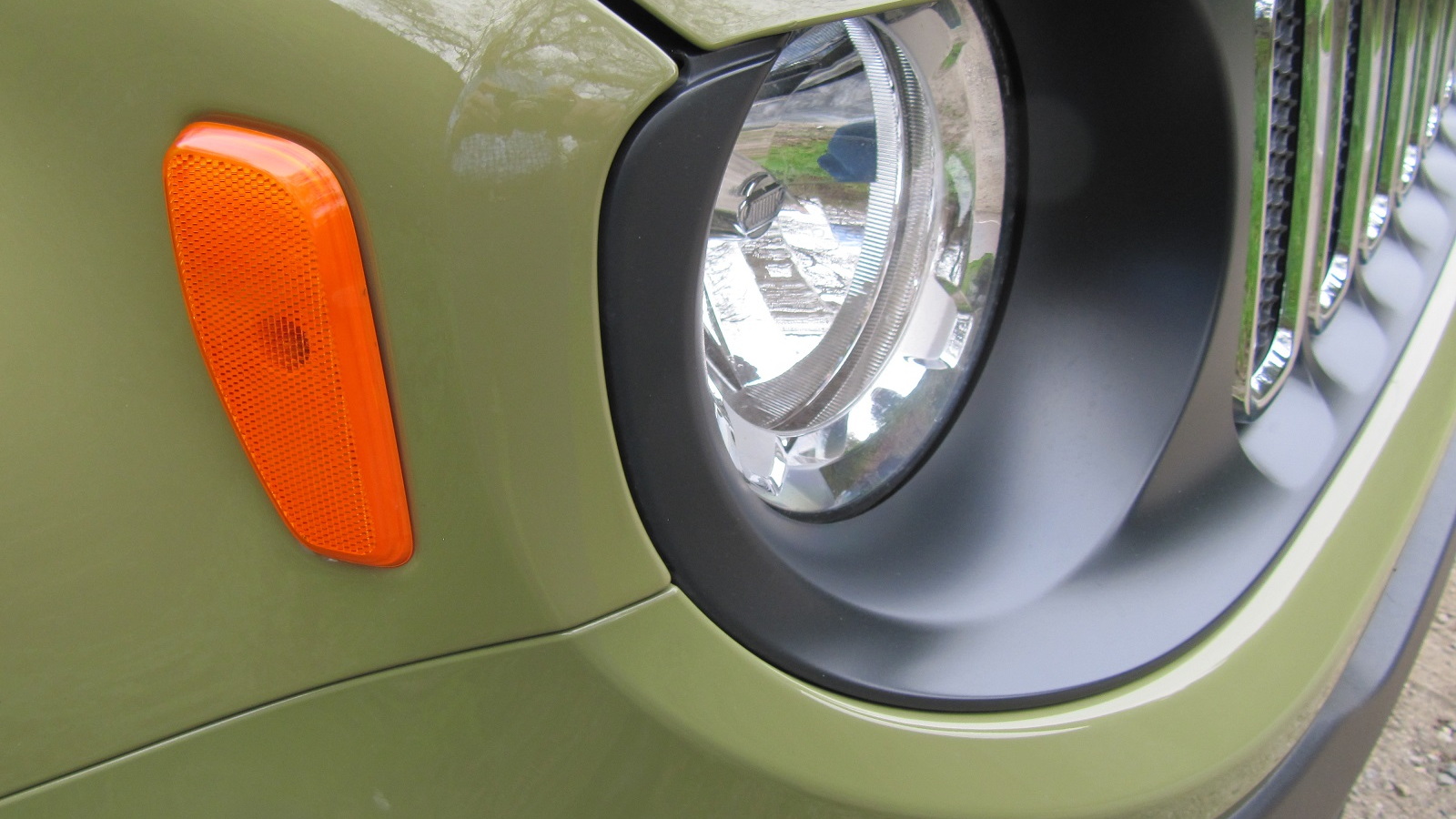 Jeep got its start with the U.S. Army more than 70 years ago, and the brand has huge global recognition.

Now we've driven the first Jeep designed to sell in greater volume outside the U.S. than at home, the 2015 Jeep Renegade.

It's a subcompact Jeep, exported to North America from an Italian assembly plant, and its dimensions and personality seem perfectly suited to the growing appetite for utility vehicles in pretty much every market in the world.

The second Jeep resulting from the merger of Fiat and Chrysler, after the larger compact Jeep Cherokee, the Renegade is fully 16 inches shorter--the smallest Jeep offered for sale in at least several decades.

It's a cheerful little beast whose styling blends a nice mix of traditional Jeep toughness and design cutes with the inevitable "cute" factor that will attract young and more female buyers all over the world.

Many of its design details are slightly oversized--headlamps, wheel arches, taiilights--and the Renegade is filled with "Easter Egg" design touches like the Jeep headlights-and-grille design stamped into plastic, rubber mats, and more.

It comes with only two powertrain choices: the base model is a 160-horsepower turbocharged 1.4-liter engine with a six-speed manual gearbox (a variant of the same combination that propels the Fiat 500 Turbo).

Above that is a 180-hp 2.4-liter four paired with the nine-speed automatic transmission used in the Cherokee and the new Chrysler 200 sedan.

Thankfully, that nine-speed automatic is better behaved in the Renegade than it was in our recently tested 2015 Chrysler 200, where it was unpredictable, balky, and borderline unpleasant.

As for fuel economy, however, the final ratings are still being calculated--despite the Renegade going on sale imminently.

We'll have more on that front when ratings are issued; for the moment, all FCA will say is that both versions will be rated at "more than 30 mpg on the highway."

The Renegade is a pleasant car to use, and far more refined in on-road and around-town use than you might expect from a Jeep.

Noise suppression is good, and only on certain rough pavement surfaces does tire noise become intrusive.

The ride is good, and the little Jeep holds the road surprisingly well despite electric power steering that provides no more feedback than average.

The front seats are comfortable, well-bolstered, and far enough apart--this is a wide subcompact--that the driver and front passenger don't touch shoulders. The rear seats, however, are cramped no matter who's in them.

Response from the 2.4-liter engine is good, though in the heaviest model--the off-road TrailHawk version with skid plates, a two-speed transfer case, and more--it has to cope with more than 3,500 pounds of weight.

Most Renegades will be used on-road, but Jeep is proud of the Trailhawk's off-road abilities. We got to test them on a variety of hill-climbing, stream-fording, rocky and lumpy and irregular roads at a special course set up for that purpose.

The Renegade won't give you that last 20 percent of rock climbing ability that its Wrangler big brother will, but for a comfortable small utility vehicle, it's surprisingly capable. Not that most buyers are likely to find out.

We think the Renegade will do extremely well. It's got the Jeep brand and the associated capability to compete against the Chevy Trax, Fiat 500X, and other competitors in the fast-growing category of small sport-utes.

For the majority of our time, the test vehicle was a 2015 Jeep Renegade Latitude 4 x 4 in "Commando" olive green, fitted with the 180-hp 2.4-liter four-cylinder engine and nine-speed automatic transmission.

While a breakout of the options wasn't given, the Latitude is the middle of three trim levels, and the one expected to be the majority of purchases.

Our car came with a base price of $23,295, and including the My Sky removable glass roof panels, the bottom-line sticker price was given as $26,680 (presumably including a mandatory $995 delivery fee).