For anyone who follows the U.S. electric-car market even casually, some new data on which states have the largest numbers of them probably doesn't count as news.

A recent survey shows that California leads the nation in plug-in electric car registrations--with almost half of the nation's plug-in cars plying its roads.

RELATED: California Has More Than 100,000 Plug-In Electric Cars On Roads

That statistic comes from the U.S. Energy Information Administration (EIA), which analyzed the state of electric-car adoption in the U.S. 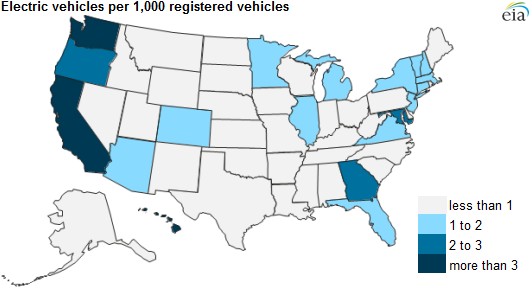 For 2014 thus far, they make up 0.7 percent of the roughly 226 million internal-combustion cars and light trucks in the U.S. car sales.

But the percentage of plug-ins has at least steadily increased over the past couple of years--from 0.6 percent in 2013, and just 0.4 percent in 2012.

Even in California, plug-in cars still represent about 5 out of every 1,000 registered vehicles.

The Golden State is one of just three states with more than 3 plug-ins per 1,000 registered vehicles, along with Washington and Hawaii.

California passed the 100,000-plug-in-car mark back in September, and hopes to have 1.5 million of these vehicles on its roads by 2025.

Cleaner vehicles have been a priority for the state's policymakers since clouds of smog first appeared over its major cities many decades ago.

Like many states, California offers incentives to encourage the purchase of new zero-emission vehicles.

Residents can get a $2,500 rebate for a battery-electric car or $1,500 for a plug-in hybrid, and their drivers can also gain solo access to carpool lanes. 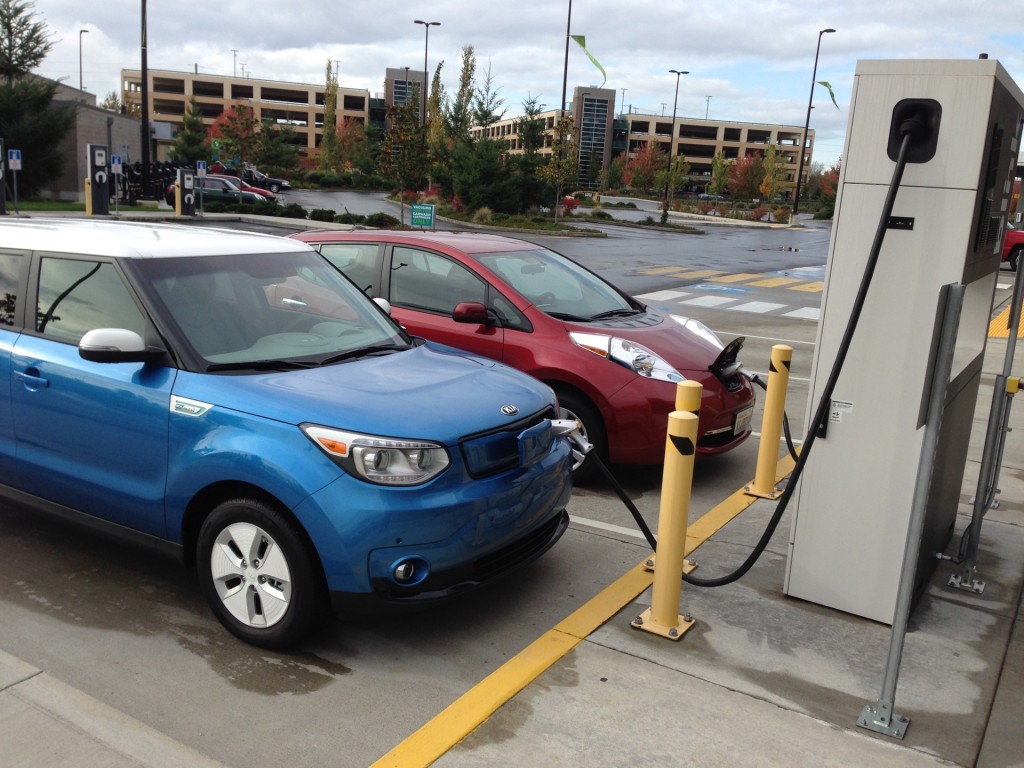 Thanks to a zero-emission vehicle mandate, there are also several electric-car models sold only in California. These "compliance cars" are sold solely to meet that requirement, and only in the numbers required to keep their makers legal.

Most states are far behind California so far, but at least a few could catch up soon in proportion (if not in total number).

SEE ALSO: Cheap Gas Will Cause Electric-Car Sales To Plummet: True Or False?

Including California, these states represent about one quarter of the U.S. light-duty vehicle market. They have all adopted rules stating that, by 2025, at least 15 percent of vehicles sold within their jurisdictions must produce no emissions at all.