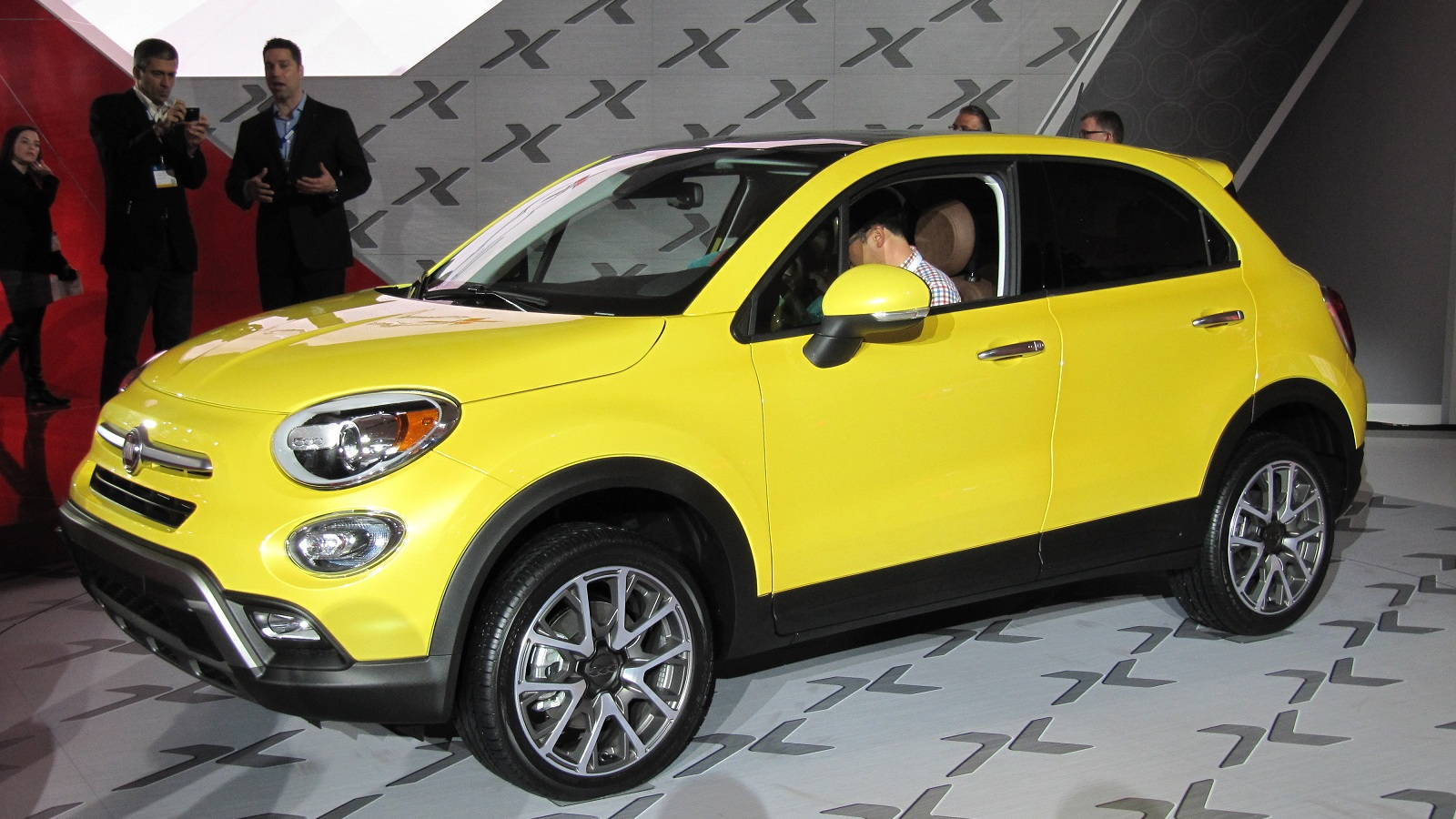 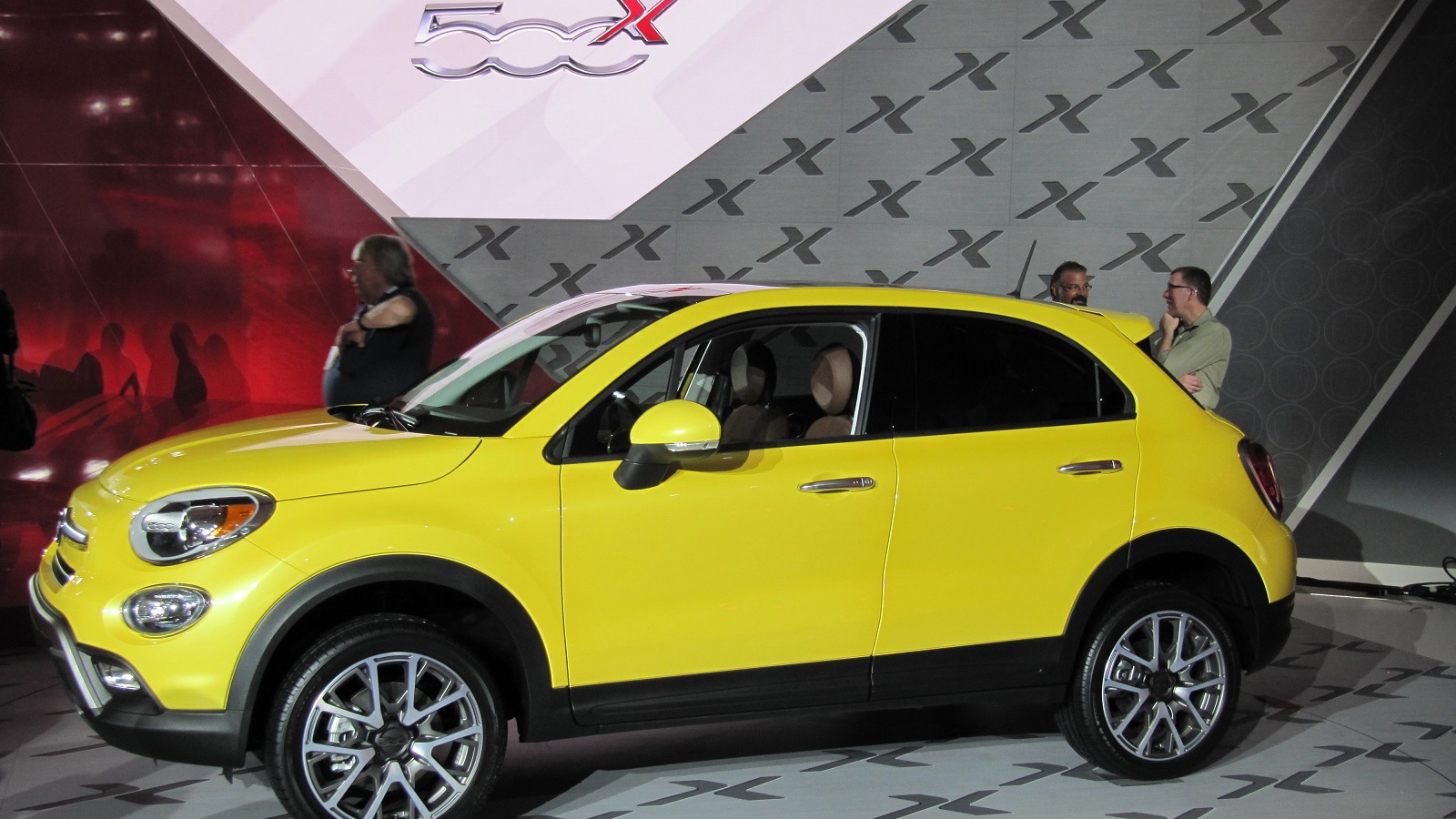 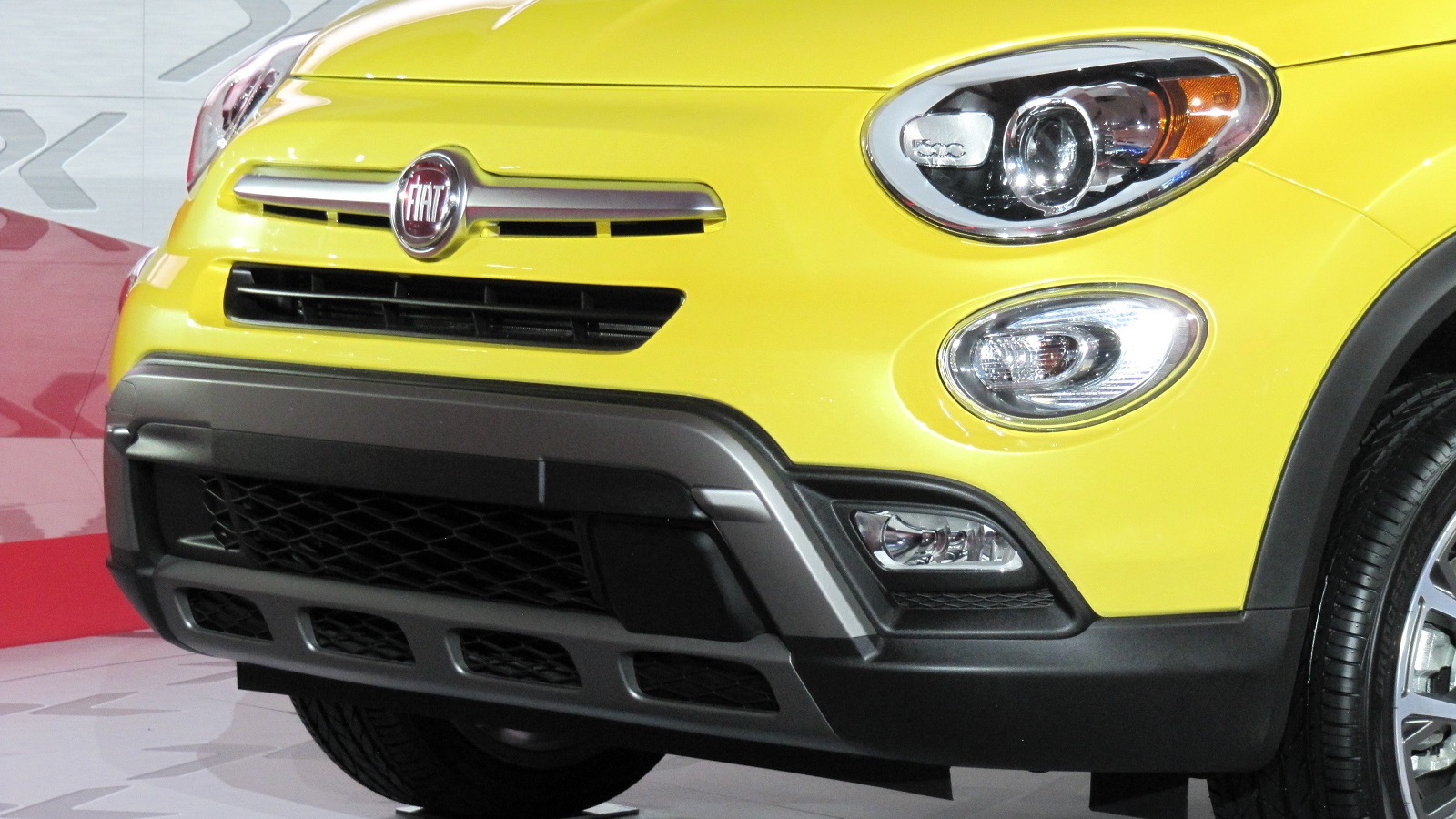 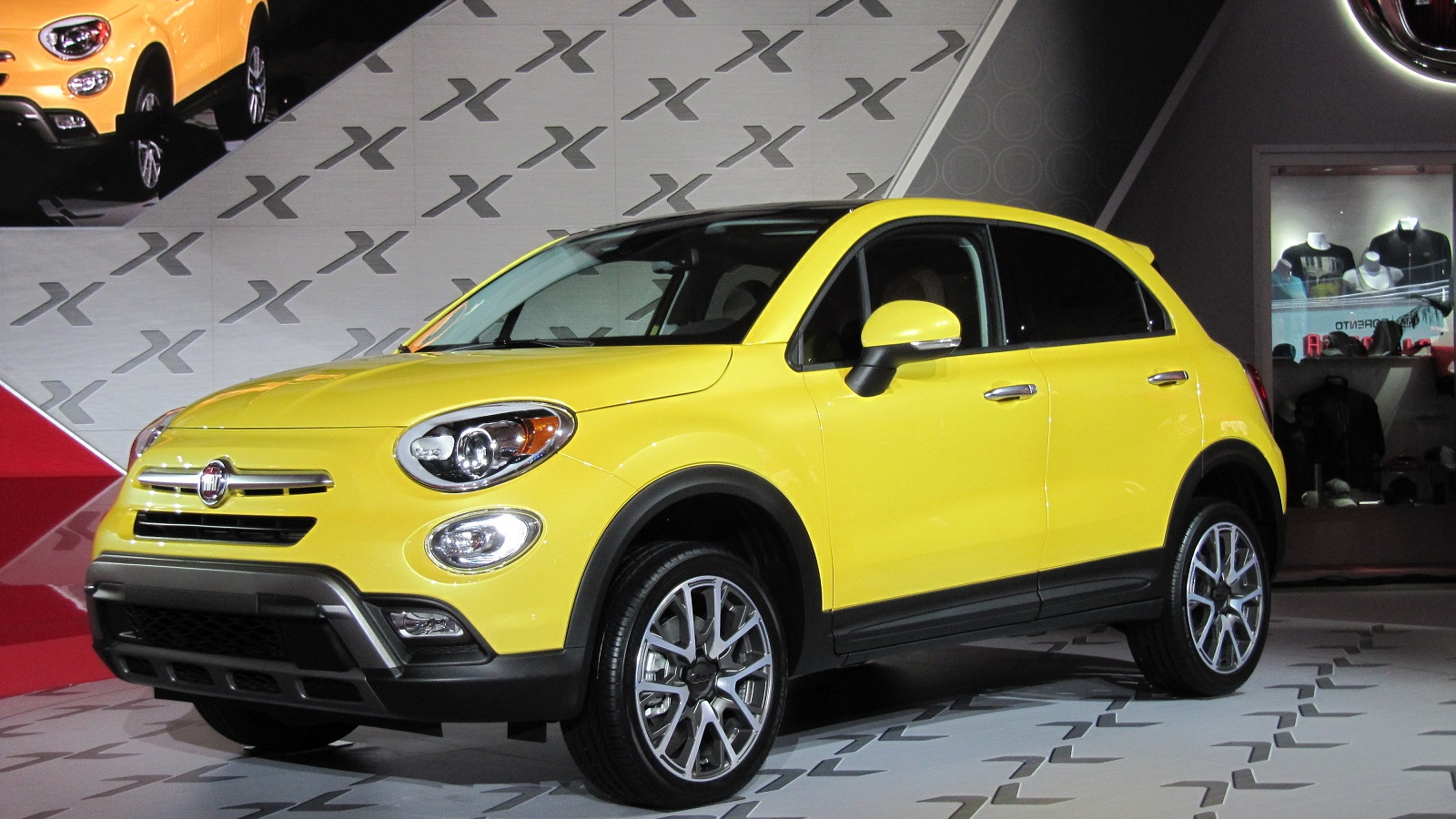 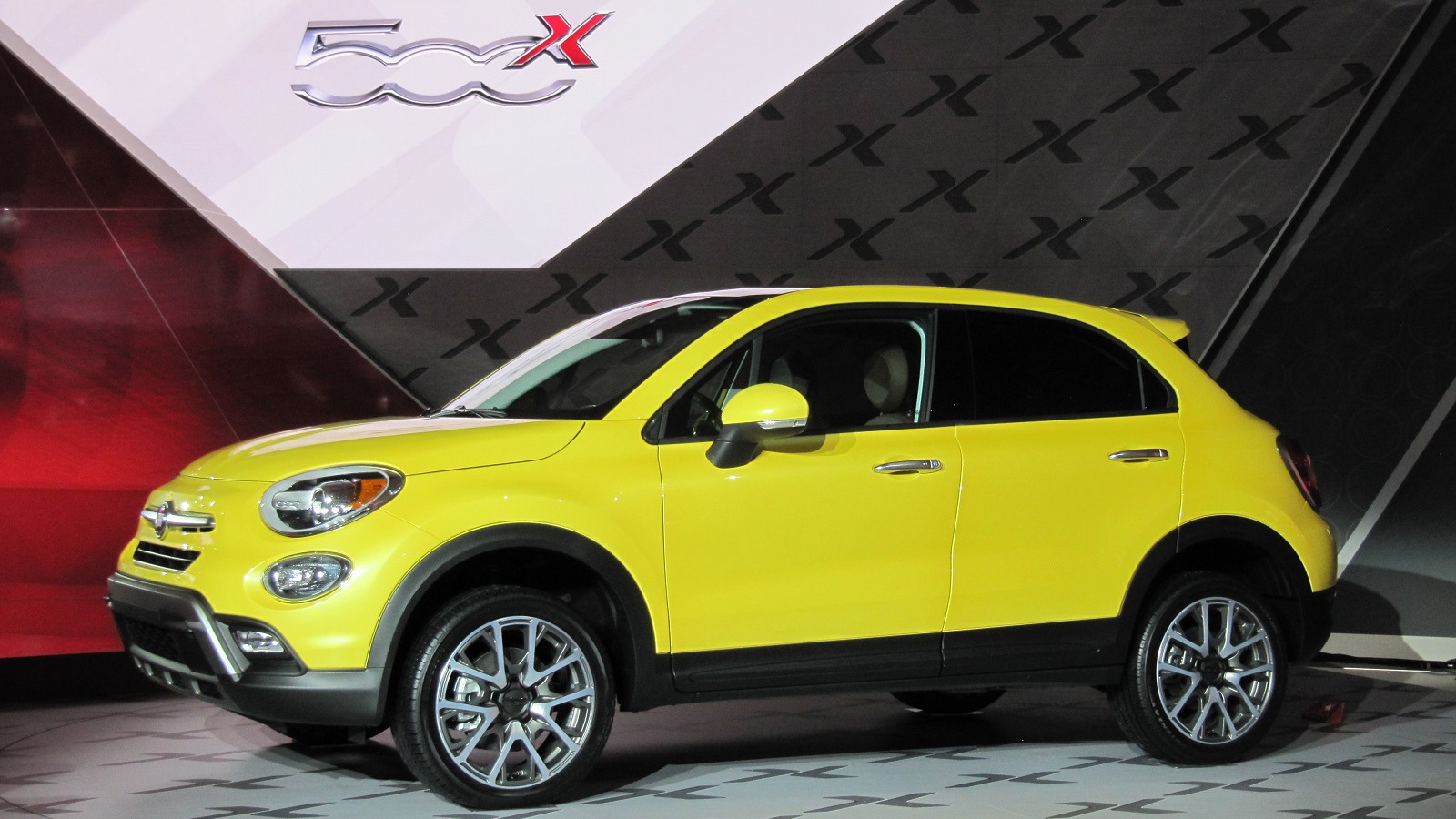 14
photos
After an unveiling at the Paris Motor Show, the 2016 Fiat 500X crossover made its North American debut at the 2014 Los Angeles Auto Show.

Sharing underpinnings with the 2015 Jeep Renegade, the 500X joins a burgeoning field of small crossovers that includes two other vehicles that were unveiled in L.A. this week--the 2016 Honda HR-V and 2016 Mazda CX-3.

RELATED: Jeep Renegade Is 'Male,' While Fiat 500X Will Be More 'Female': Analyst

Fiat is likely hoping that retro styling inspired by the 500 hatchback will attract buyer interest, but the 500X actually has little in common with the three-door model it shares a name with.

The 500X has sportier styling than Fiat's other five-door--the 500L--with a more pronounced hood and lower, more curved roof. Being a crossover, it also rides higher than any other Fiat.

The interior is somewhat more stylish than that of the average crossover, with a gauge cluster composed of three instrument binnacles, a flat-bottom steering wheel, and some interesting trim-color options.

Powertrain offerings include two engines, two transmission, and a choice of front-wheel drive or all-wheel drive.

The base 1.4-liter turbocharged four-cylinder engine produces 160 horsepower and 184 pound-feet of torque and is paired with a six-speed manual, while the 2.4-liter "Tigershark" four-cylinder gets a nine-speed automatic.

The available all-wheel drive system--a first for Fiat in North America--also decouples the rear axle unless extra traction is needed to improve efficiency.

Drivers can also adjust various vehicle parameters with three programmable modes--Auto, Sport, and Traction--but there isn't one that prioritizes efficiency.

It will be built at Fiat's Melfi, Italy, assembly plant, but--symbolic of the Fiat-Chrysler union--the engines will be assembled in Michigan.

For all of the latest new production and concept car debuts, head over to our Los Angeles Auto Show news page.