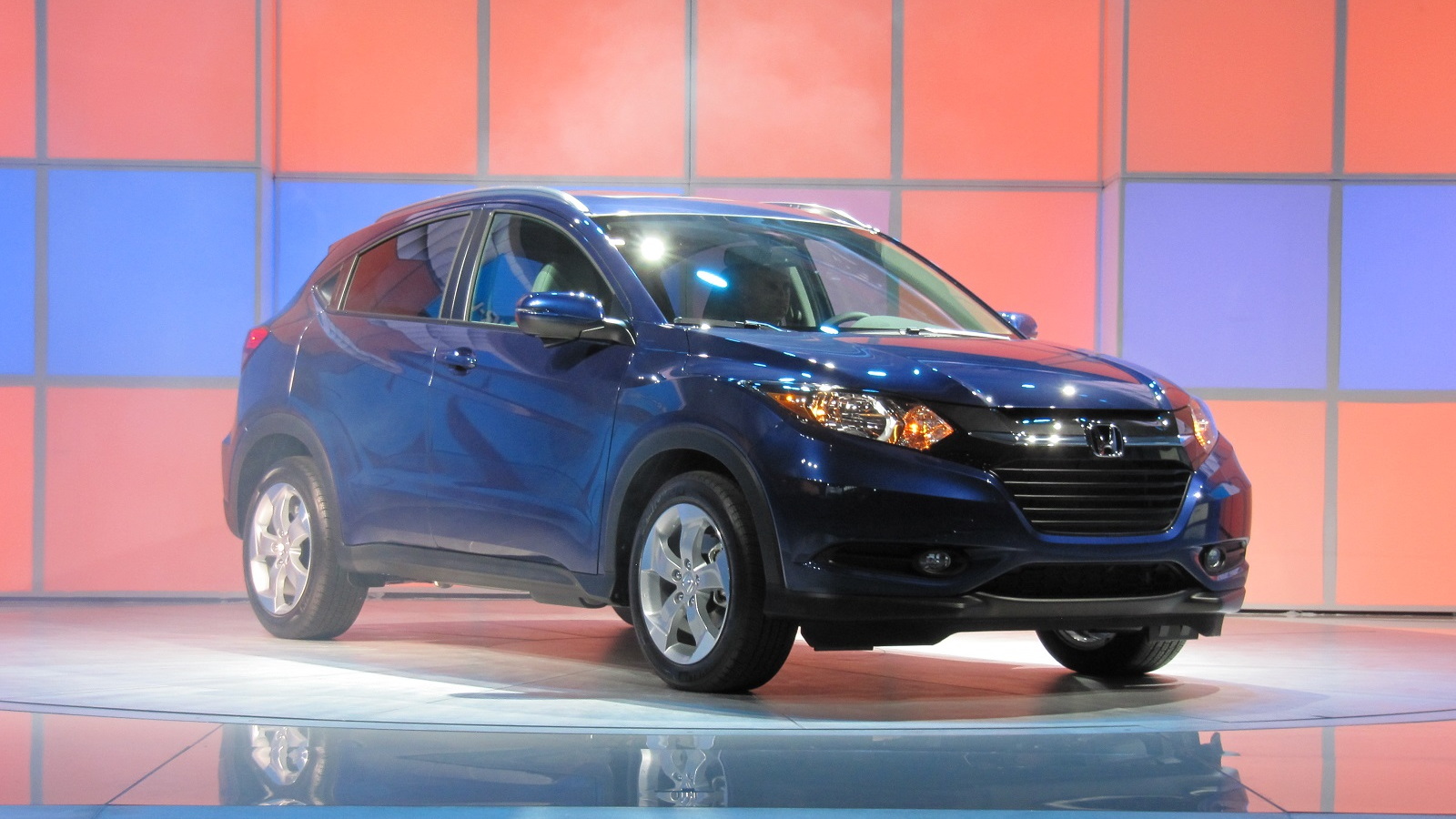 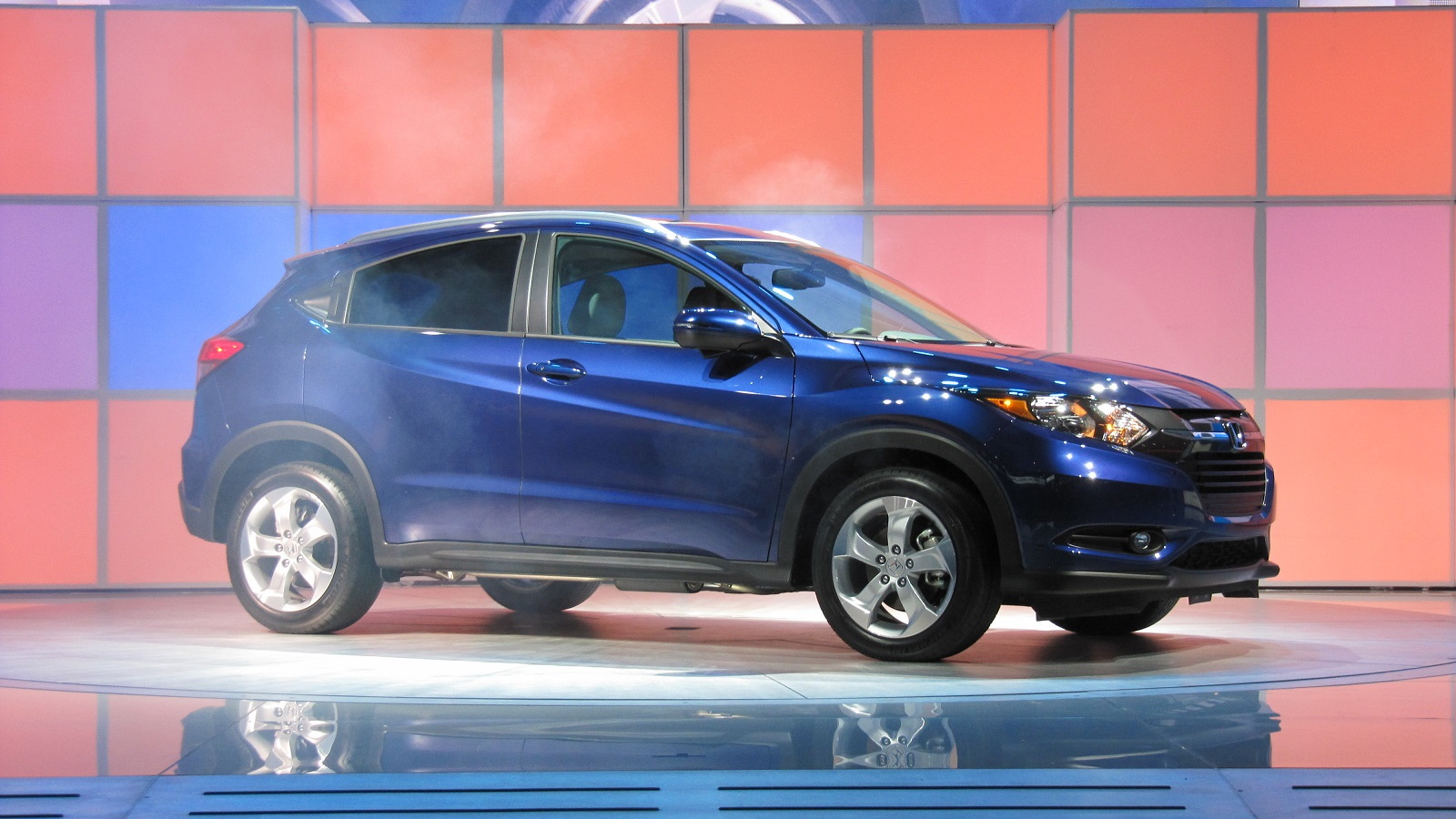 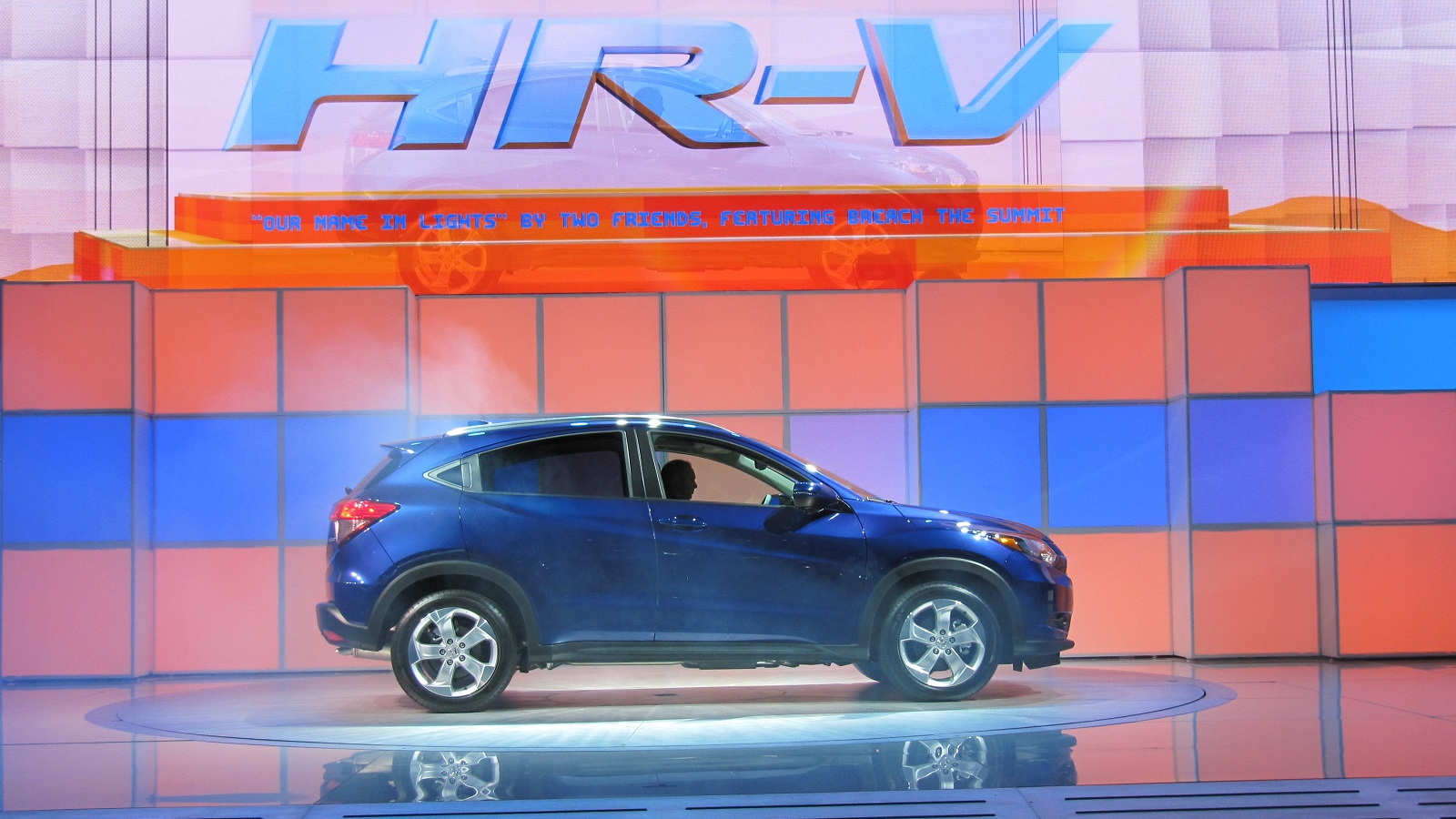 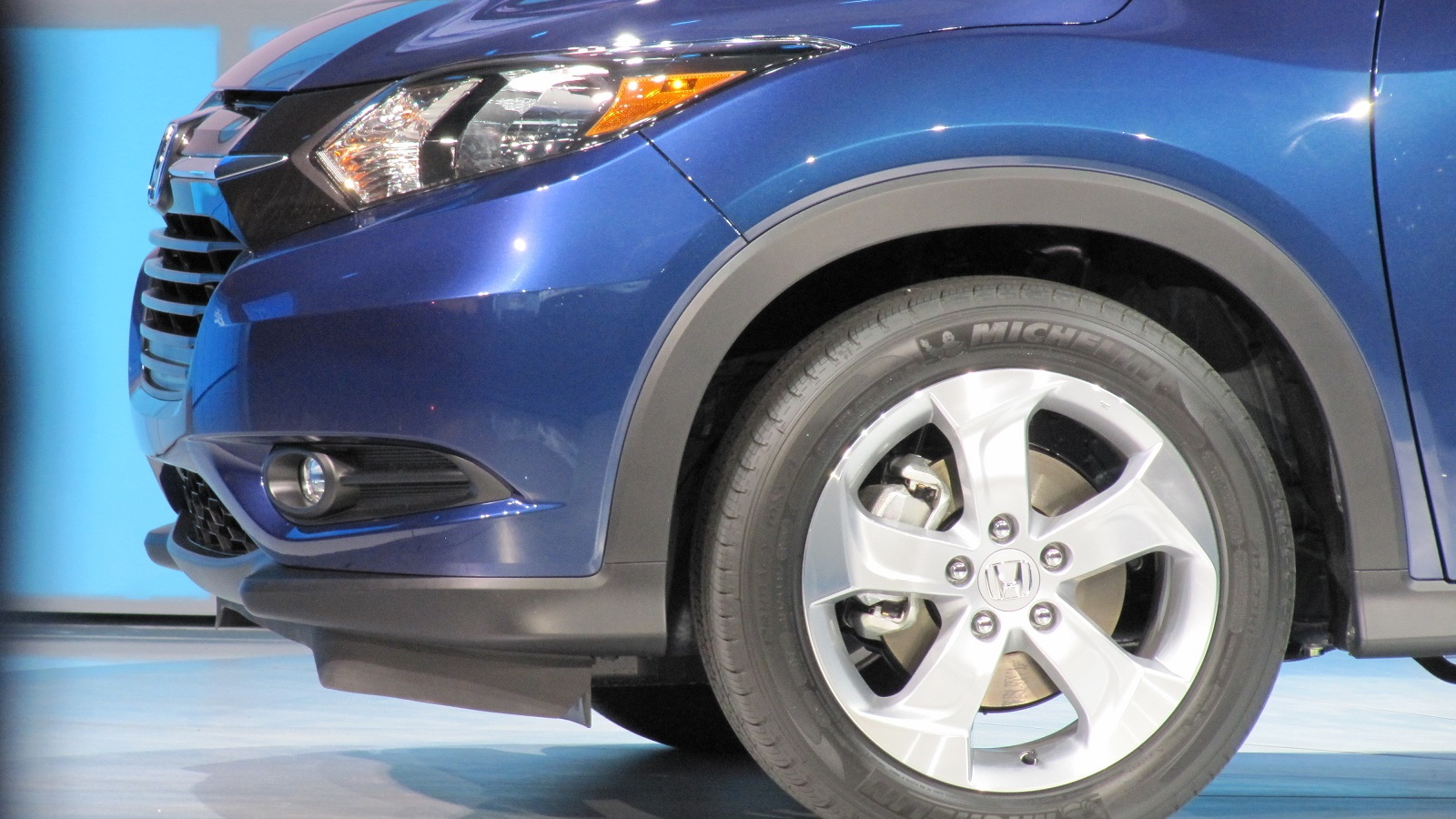 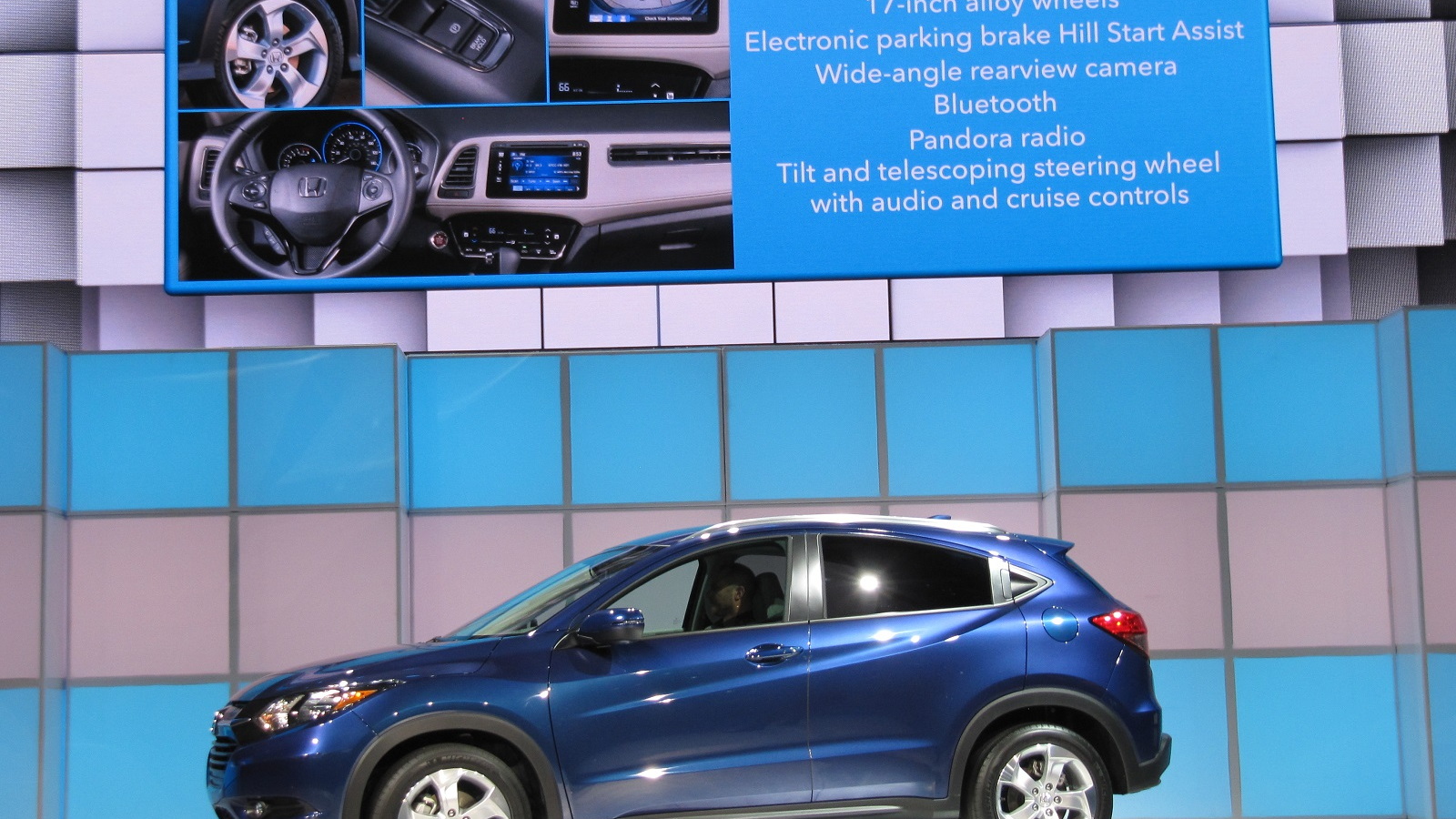 27
photos
After a preview earlier this year, the 2016 Honda HR-V was unveiled in final U.S.-spec form at the 2014 Los Angeles Auto Show.

Known as the Vezel in other markets, the HR-V is based on the Honda Fit and is set to rival the likes of the Nissan Juke in the burgeoning small-crossover segment.

Just as the Fit sits below the Civic in Honda's car lineup, so the HR-V will sit below the CR-V in both size and price, providing a cheaper point of entry for crossover shoppers when it goes on sale next year.

The exterior seems to borrow a bit from both the the Fit and CR-V. It's got a tall ride height, but the silhouette is more small hatchback than truck-imitating crossover.

DON'T MISS: Sure, SUVs Are Back--But They're Not Your Father's SUVs

The gauges also feature glowing illumination rings and "Eco Assist"--which attempts to coach the driver into more fuel-efficient behavior my changing the speedometer illumination from white to green when he or she is driving economically.

While Honda was originally expected to offer the Fit's 1.5-liter "Earth Dreams" four-cylinder engine in the HR-V, U.S. buyers will instead get a larger 1.8-liter unit, producing 138 horsepower and 127 pound-feet of torque.

A CVT automatic transmission will be available with both front-wheel drive and all-wheel drive, while a six-speed manual option will also be offered on front-drive models only.

The new crossover will be manufactured alongside the Fit in Celaya, Mexico.

There's plenty of more green-car news, photos, and videos, and it's all on our Los Angeles Auto Show news page. Head over there for the latest updates.