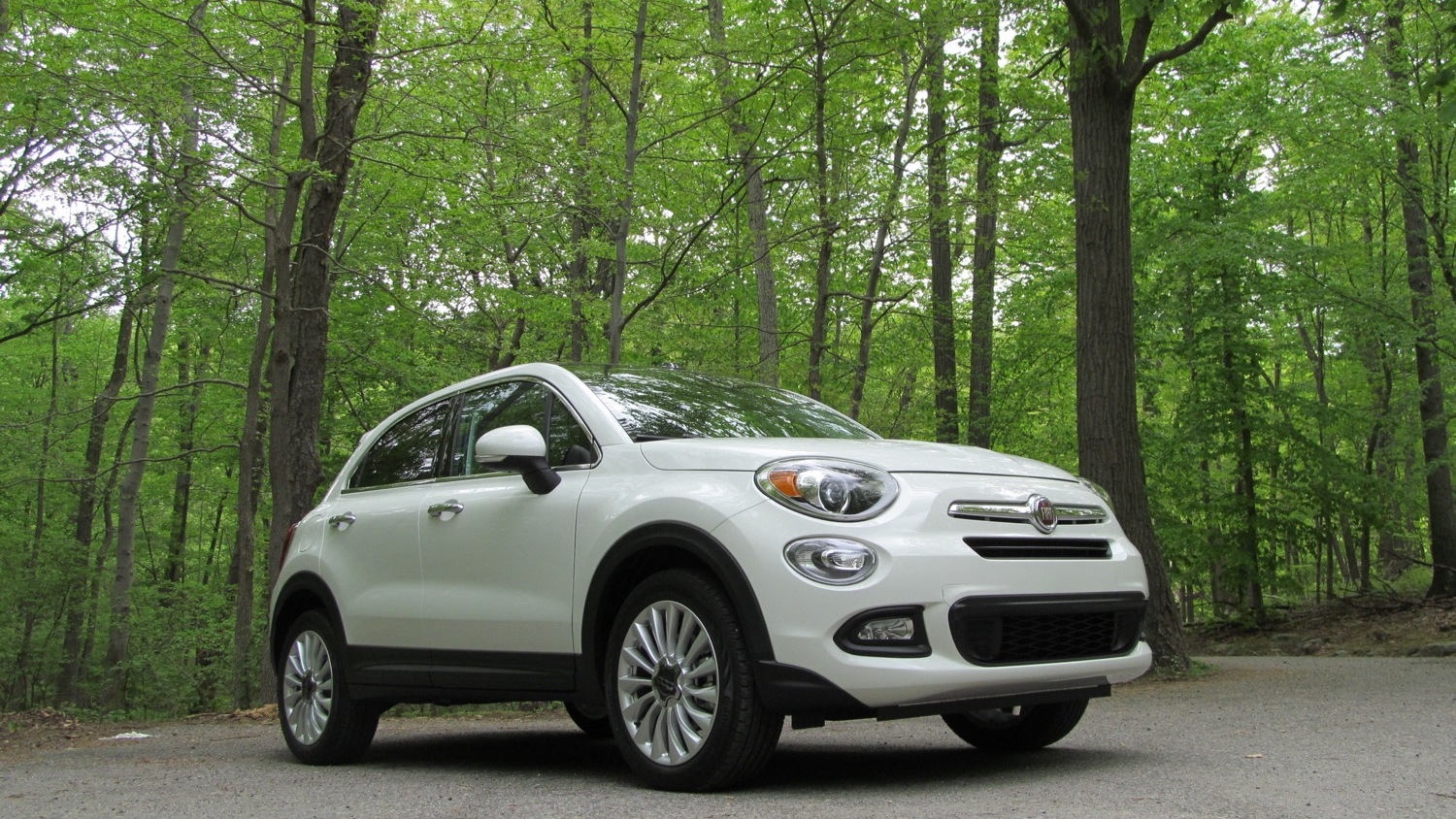 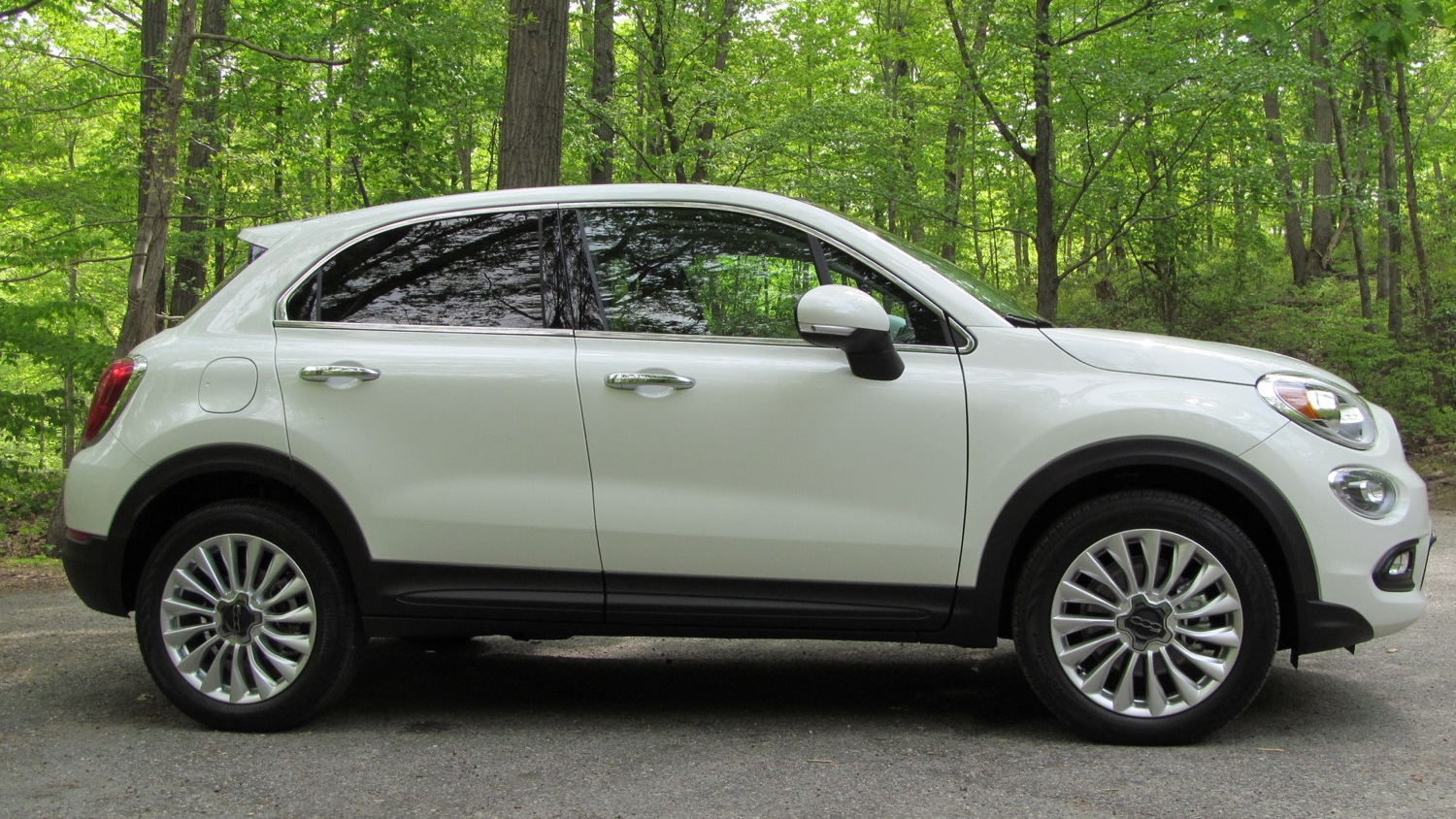 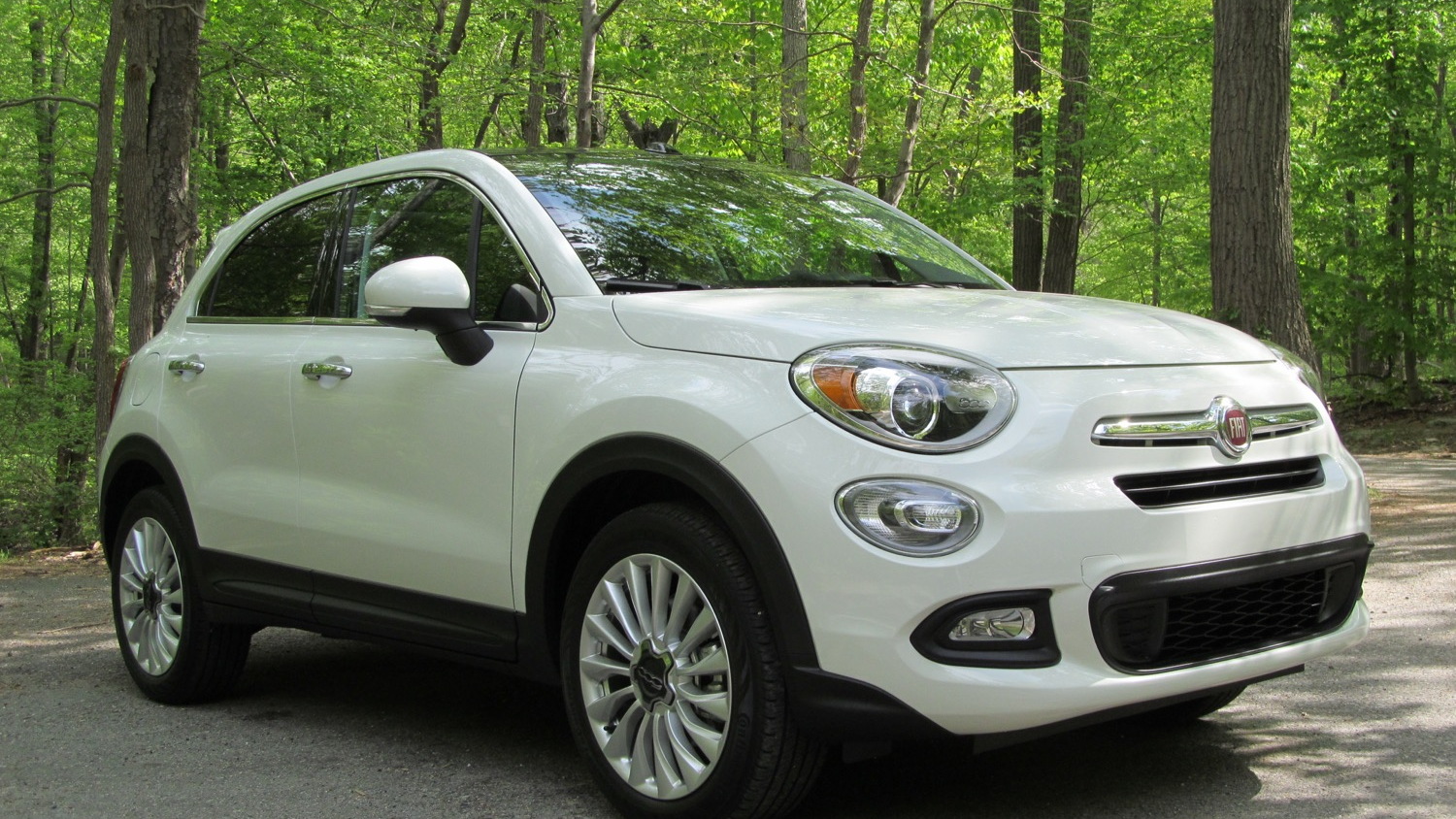 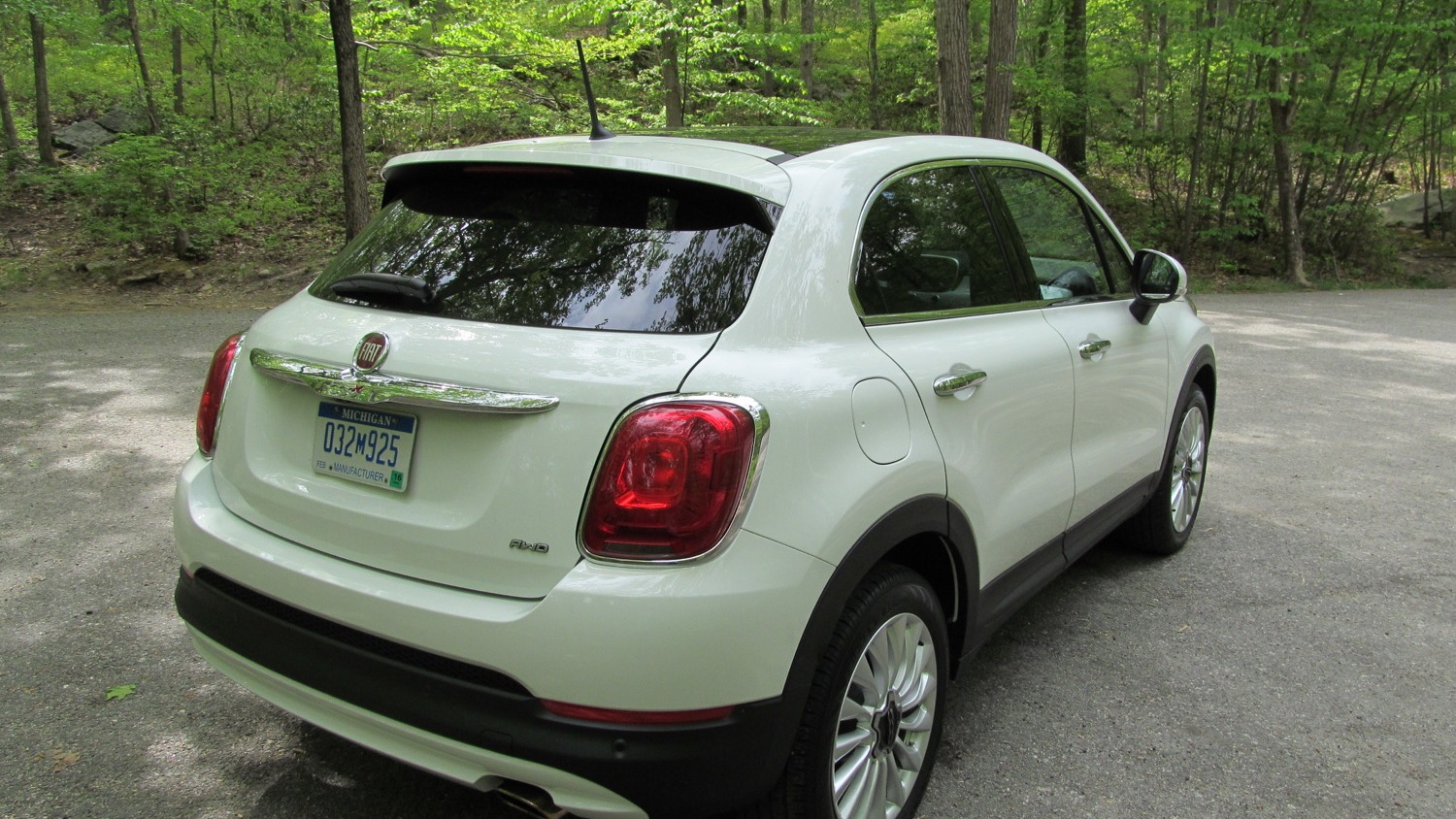 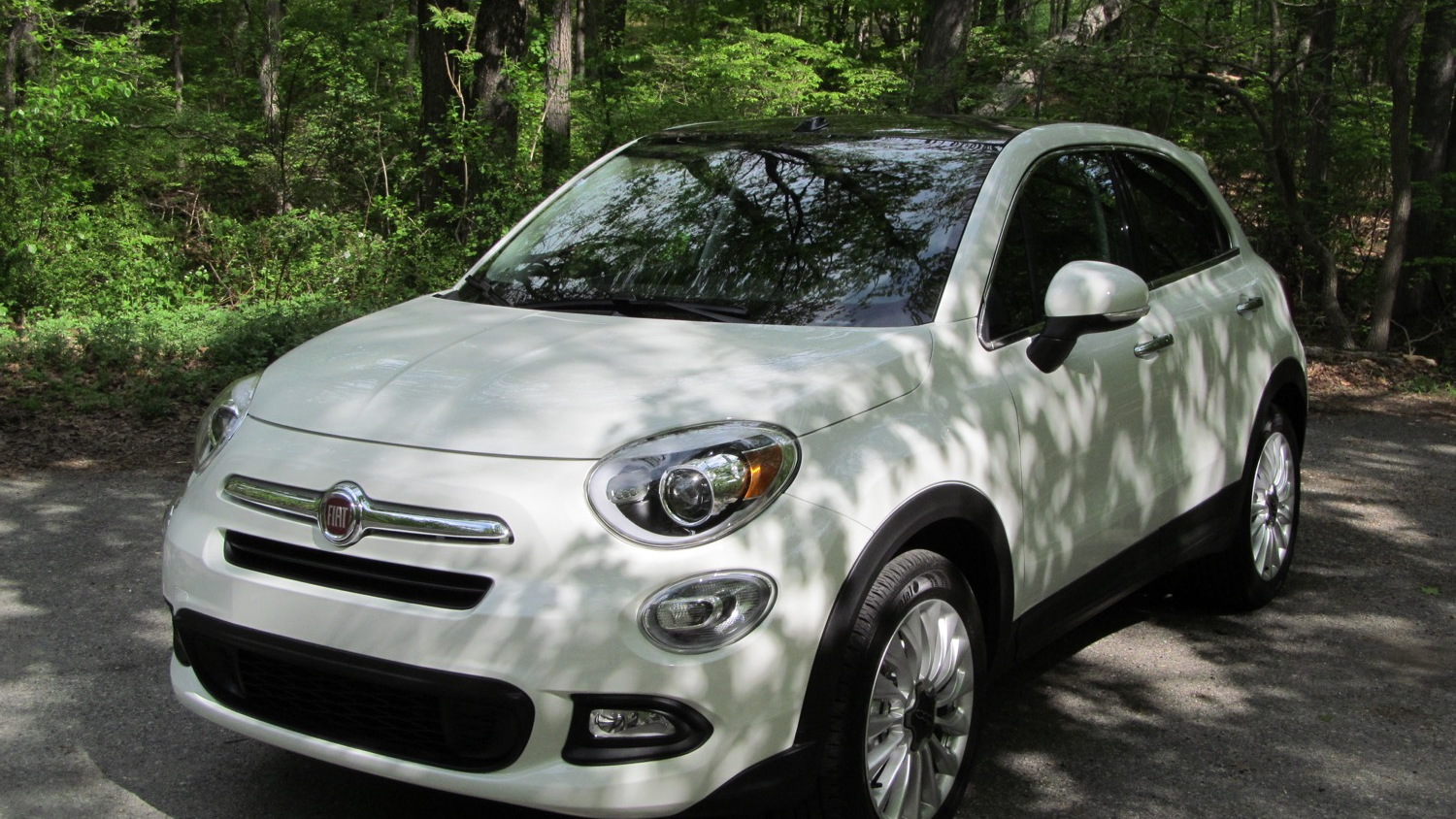 Subcompact crossovers are a booming segment in the U.S. right now, so who better than a company associated almost exclusively with small cars to build one?

The 2016 Fiat 500X is the first Fiat model offered in North America with all-wheel drive, and the Italian carmaker’s latest attempt to extend the cachet of the 500 name to higher-volume models.

The 500X isn’t much like the tiny, retro 500 two-door, nor is it much like a traditional crossover. But it’s still a fairly good car in its own right.

Our test car featured the 2.4-liter four-cylinder engine and all-wheel drive, which comes with a mandatory nine-speed automatic transmission.

The engine is shared with the related Jeep Renegade as well as the Dodge Dart. It produces 180 horsepower and 175 pound-feet of torque.

We weren’t able to generate any fuel-economy figures of our own during our short drive of the 500X in New York’s Hudson Valley, but the little crossover did make an impression.

While not fast by any means, the 2.4-liter engine provides plenty of power to haul the 500X around, and is pleasingly smooth in its operation.

The all-wheel drive system decouples the rear axle when extra traction isn’t needed, to save fuel—a process that’s entirely imperceptible from behind the wheel.

Like many modern cars, the 500X also features programmable driving modes, and this is where things go a bit wrong.

There are three modes—Auto, Sport, and Traction.

We started out in Auto mode, which pretty much sucks the life out of everything.

The engine is unresponsive to the point that a heavy throttle foot becomes mandatory to maintain momentum, and the steering is utterly without feel.

Sport mode doesn’t exactly make the 500X sporty, but many owners will want to make it their default.

The car seems keeps its engine speed higher in this mode, meaning less prodding is needed for acceleration. The steering adds a bit of weight too.

Traction mode is for snow and loose surfaces, which we didn’t get to experience on our drive.

There’s a noticeable amount of body roll in every mode, but it’s not all that bad for a relatively tall, high-riding vehicle.

The driver sits high, but not annoyingly so, and despite the low roofline, visibility is fairly good all around.

The rest of the interior is somewhat nondescript, with only a piece of body-color plastic trim to tie the 500X to its smaller sibling’s styling theme.

But while it may lack style, it is quite sensible and virtually clutter-free.

The speedometer, tachometer, and an information display each get their own large binnacles—all easy to read at a glance.

The Chrysler-family Uconnect system in our test car was also straightforward to use, employing both a touchscreen and large analog buttons.

All of this is packaged in an exterior that nods to the look of the original 500, but doesn’t manage to capture its character.

The front fascia is recognizably Fiat—complete with chrome trim that looks a bit like a mustache.

To differentiate the 500X from the existing 500L, there’s also plenty of black plastic trim, plus flared wheel arches, and a lower roofline that affects a sportier appearance.

But the result is more of a generic small crossover than an upsized version of the whimsical two-door 500.

Our test car was the Lounge model, one trim level down from the top spec, which starts at $27,650 (including destination) with all-wheel drive.

A handful of options—including a dual-pane sunroof, blind-spot monitoring, and rear cross-path detection—inflated the price of our test vehicle to $30,900.

That’s exactly $10,000 more than the cheapest 500X—the base Pop model with a 1.4-liter engine, six-speed manual transmission, and front-wheel drive.

Like many crossover utilities, the 2016 Fiat 500X really is more of high-riding car with all-wheel drive than a traditional SUV.

But those looking for the same charm and whimsy found in the 500 two-door hatchback will be disappointed--which may not matter a bit, given the current public hunger for small utility vehicles.

So while it’s not quite as special as the original 500, the 500X is still a logical step up from a basic small hatchback.