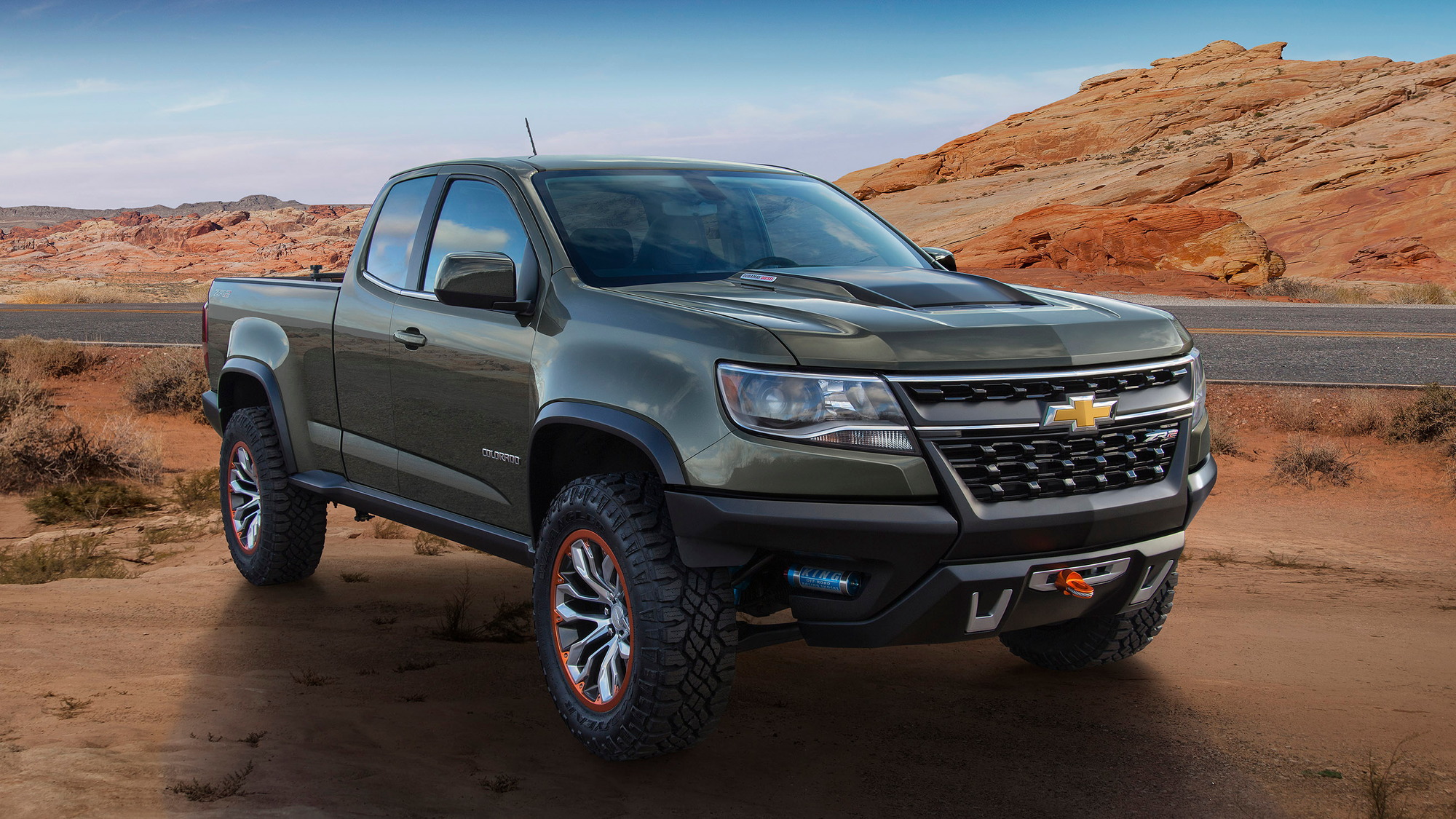 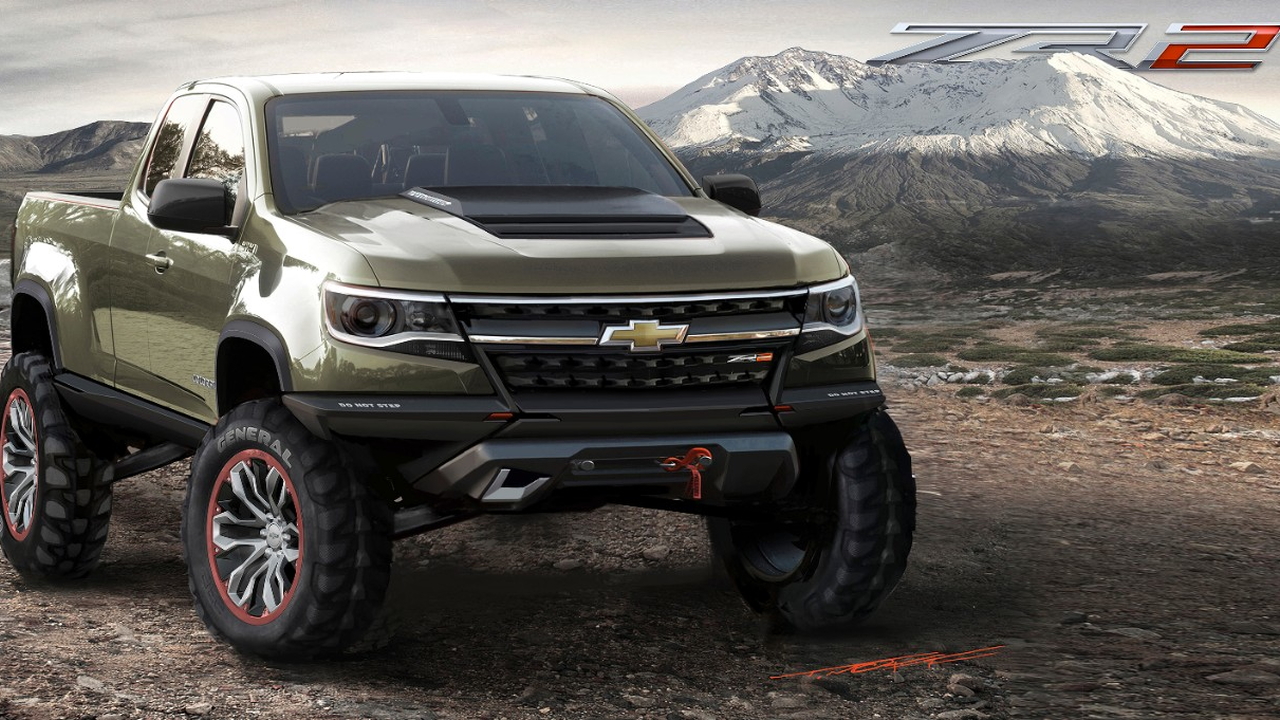 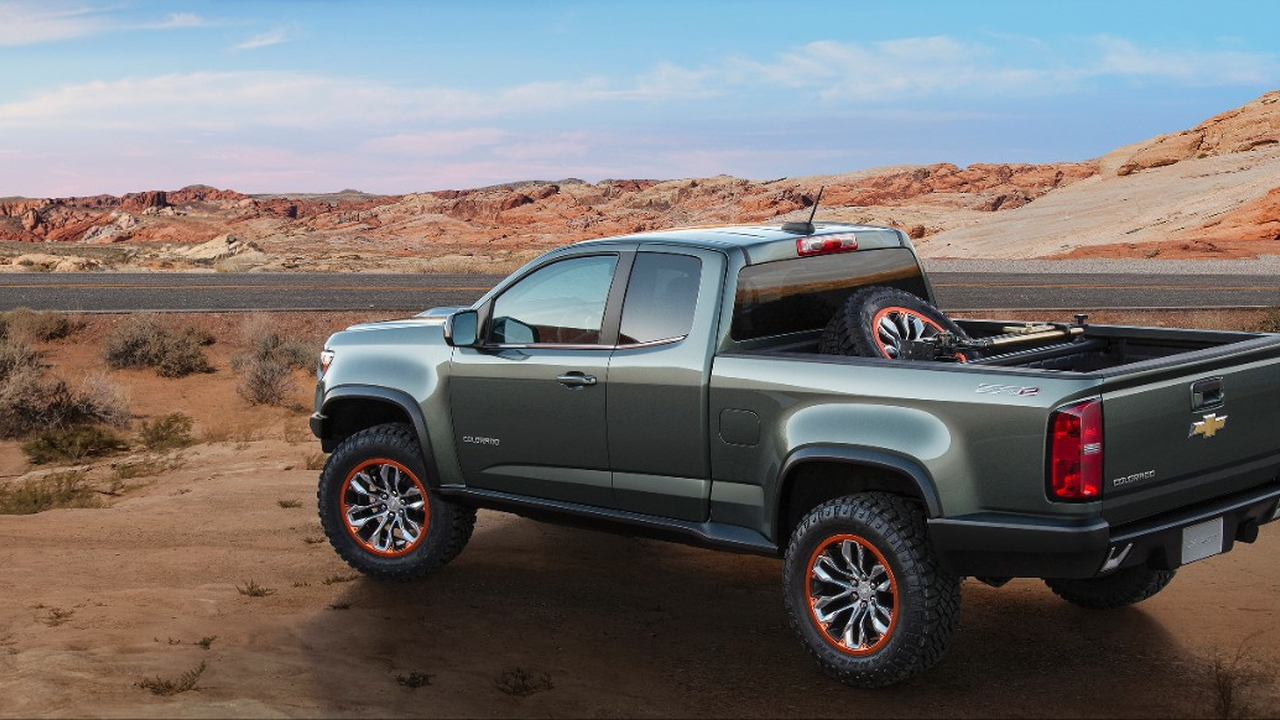 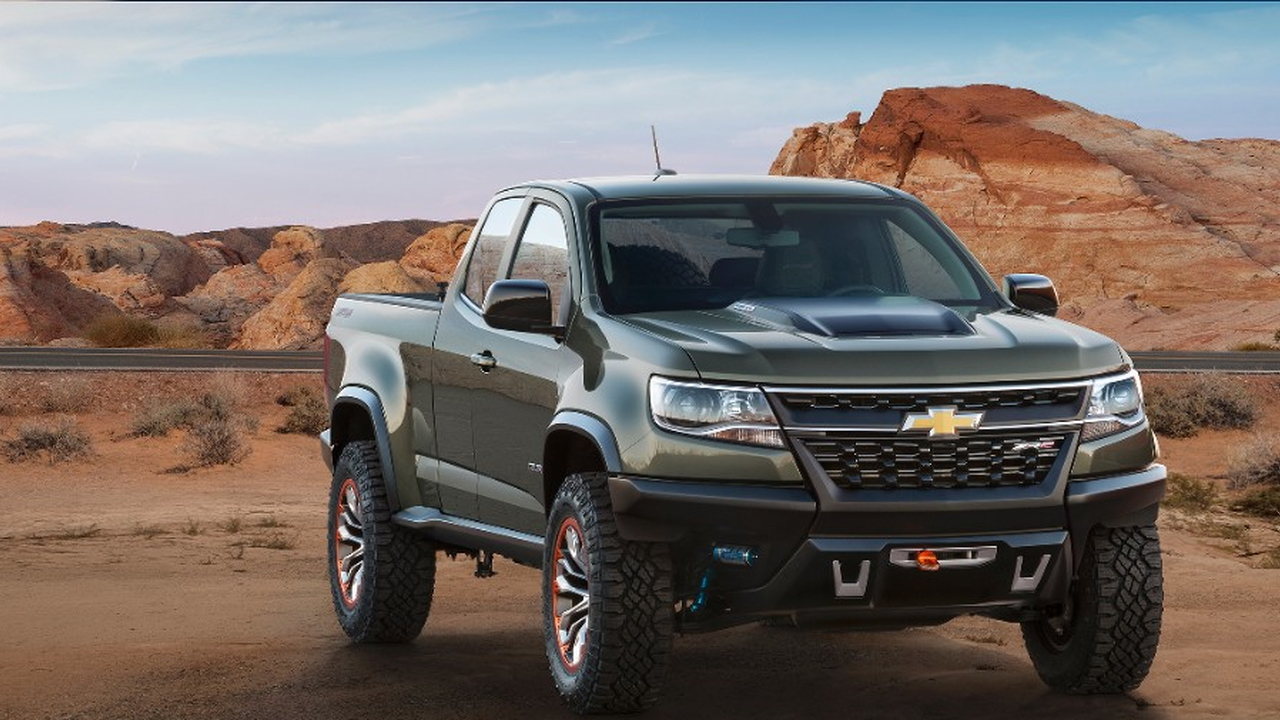 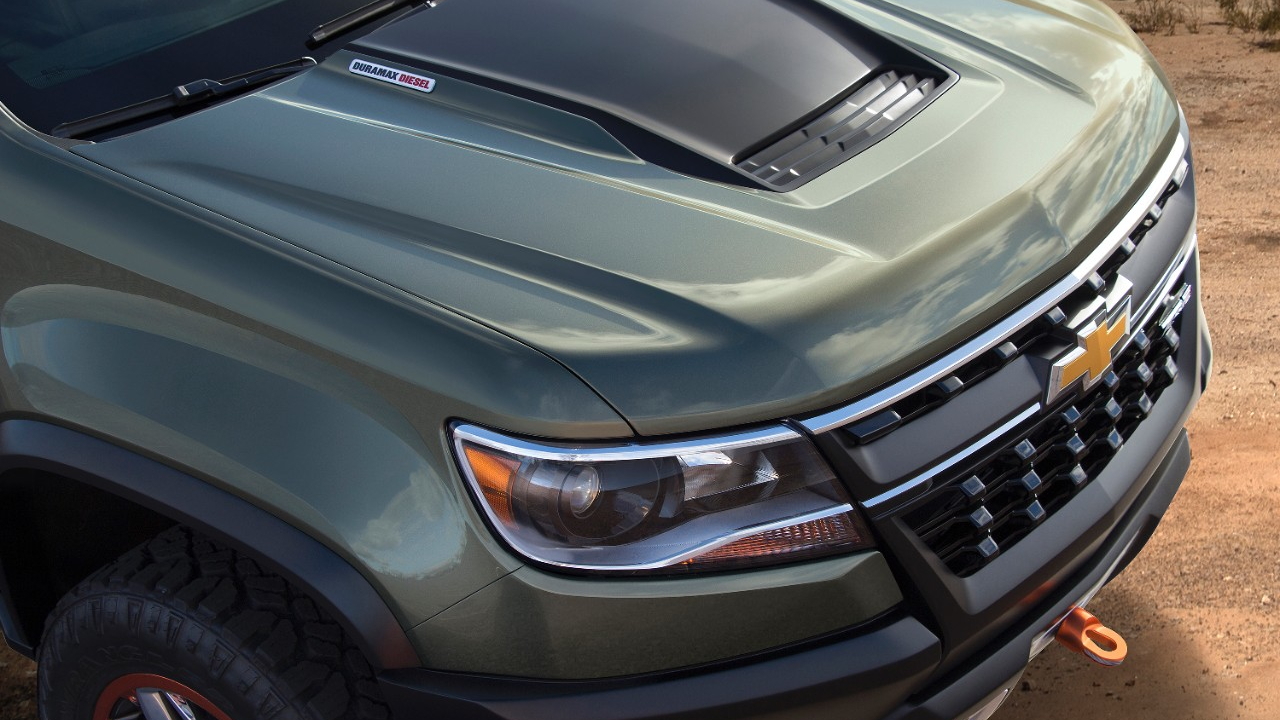 7
photos
A diesel pickup truck may seem like a fairly utilitarian vehicle, but Chevrolet has a new concept that aims to show diesel's prowess at play, as well as work.

The Chevrolet Colorado ZR2 concept was unveiled at the 2014 Los Angeles Auto Show as an off-roading offshoot of the Colorado mid-size pickup truck that could morph into a new model.

Named after a model first offered as part of the S-10 compact truck range two decades ago, the ZR2 is based on the Colorado Z71 model, and features the same 2.8-liter Duramax diesel four-cylinder engine that will soon be available in showrooms.

That engine produces an estimated 181 horsepower and 369 pound-feet of torque--according to newly-released specs from Chevy--and will be paired solely with a six-speed automatic transmission.

Most of the other features of the ZR2 concept may not make it to production, but Chevy says it will "gauge the public's interest" on a possible production version.

Chevy gave the Colorado show truck an aggressive makeover, with new front and rear fascias, a wider stance, and off-road tires mounted on 18-inch bead-lock-style wheels--which allow the tires to be bolted directly to the rims.

This has a functional as well as an aesthetic purpose. Chevy says the ZR2 has improved approach and departure angles compared to a stock Colorado--making it easier for the truck to negotiate uneven terrain.

The ZR2's off-road abilities are further helped by mono-tube, coil-over shock absorbers, and winch in case all of that gear can't prevent it from getting stuck.

The leather-lined interior gets a few, mostly cosmetic changes as well, including special logos, contrasting stitching, and an inclinometer.

Whether the ZR2 makes it to production or not, its Duramax diesel engine will be available in both the Colorado and its sibling--the GMC Canyon--for the 2016 model year.

For more of the latest green-car happenings, head over to our Los Angeles Auto Show news page for more updates.