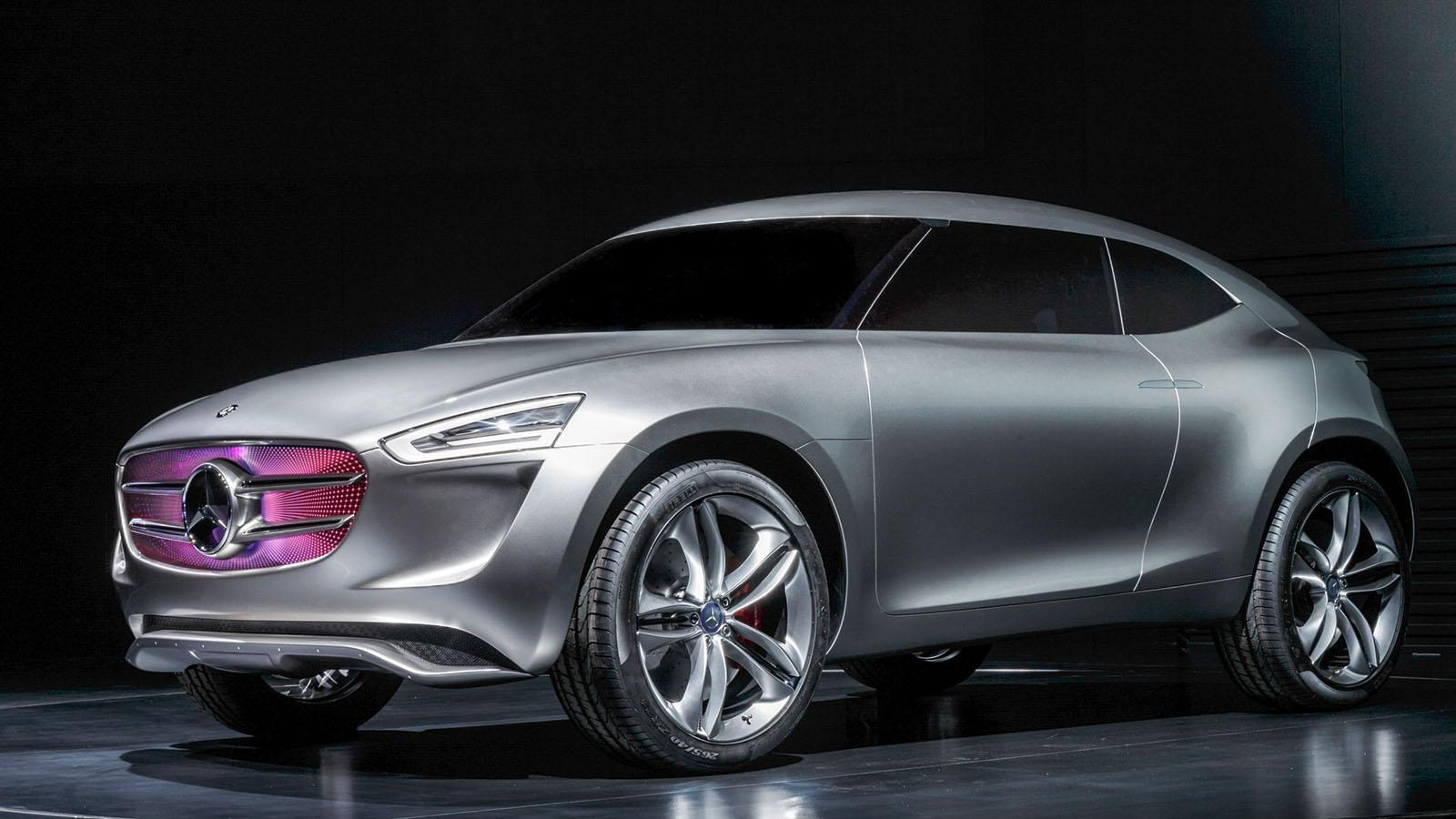 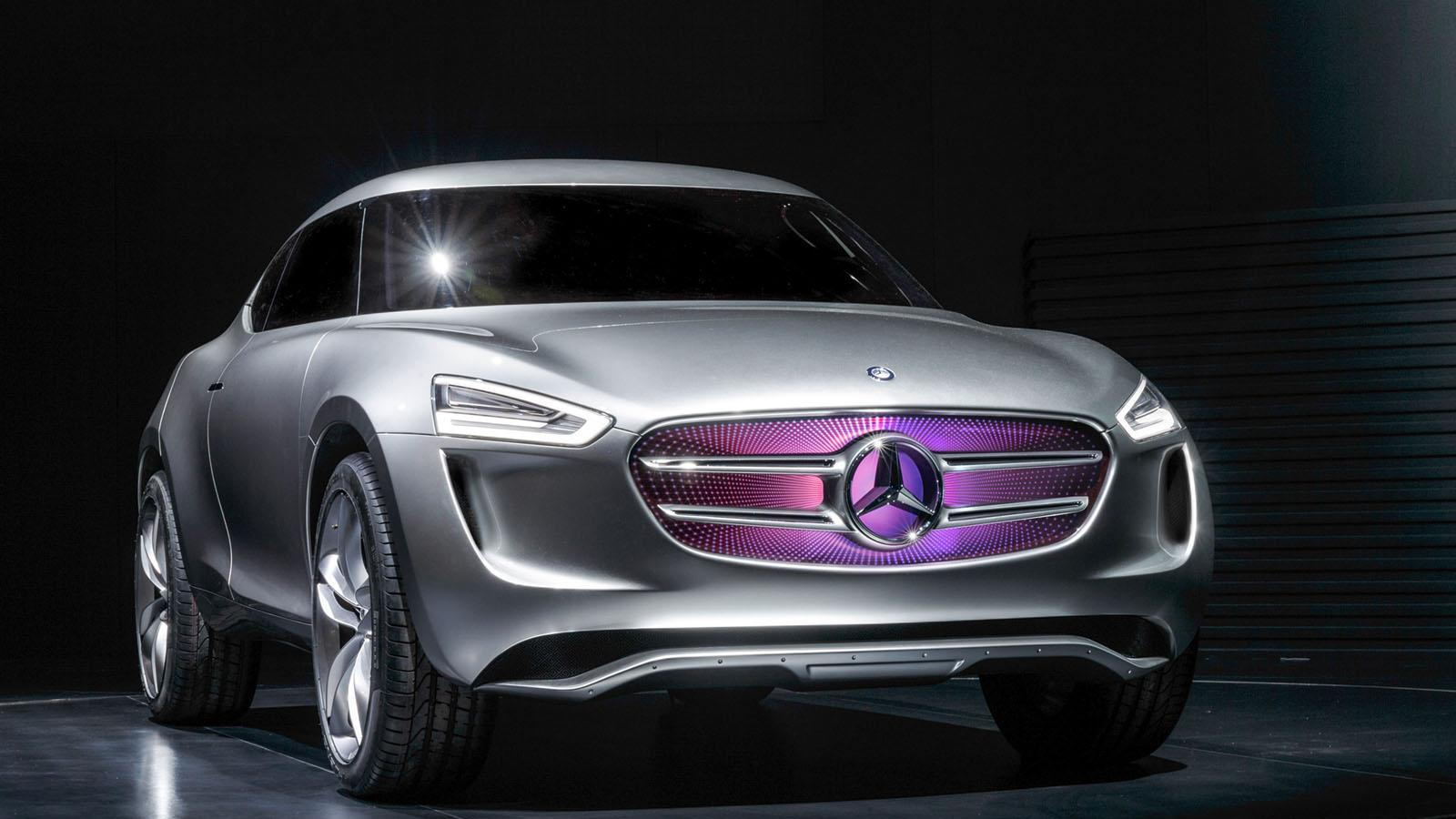 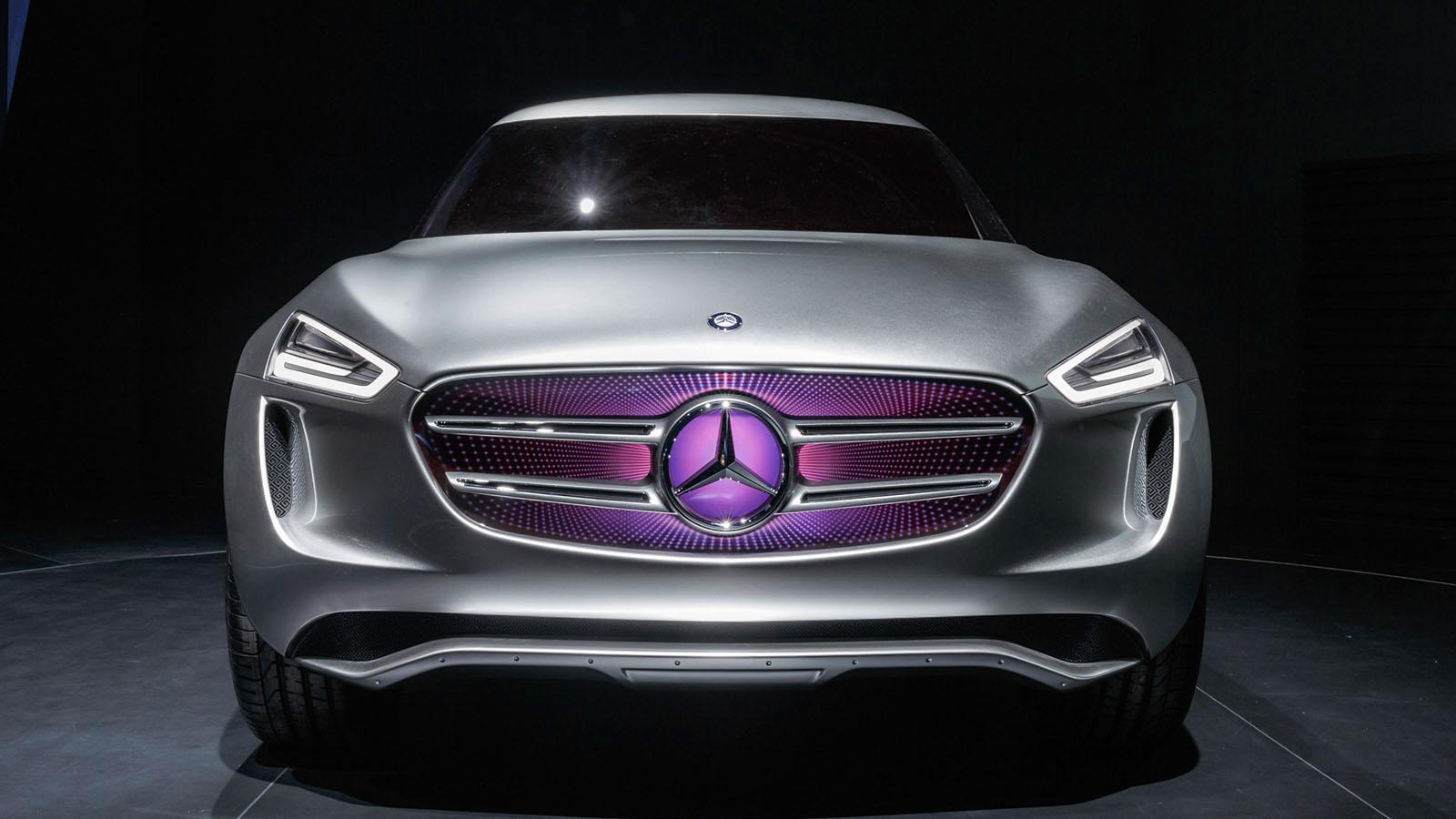 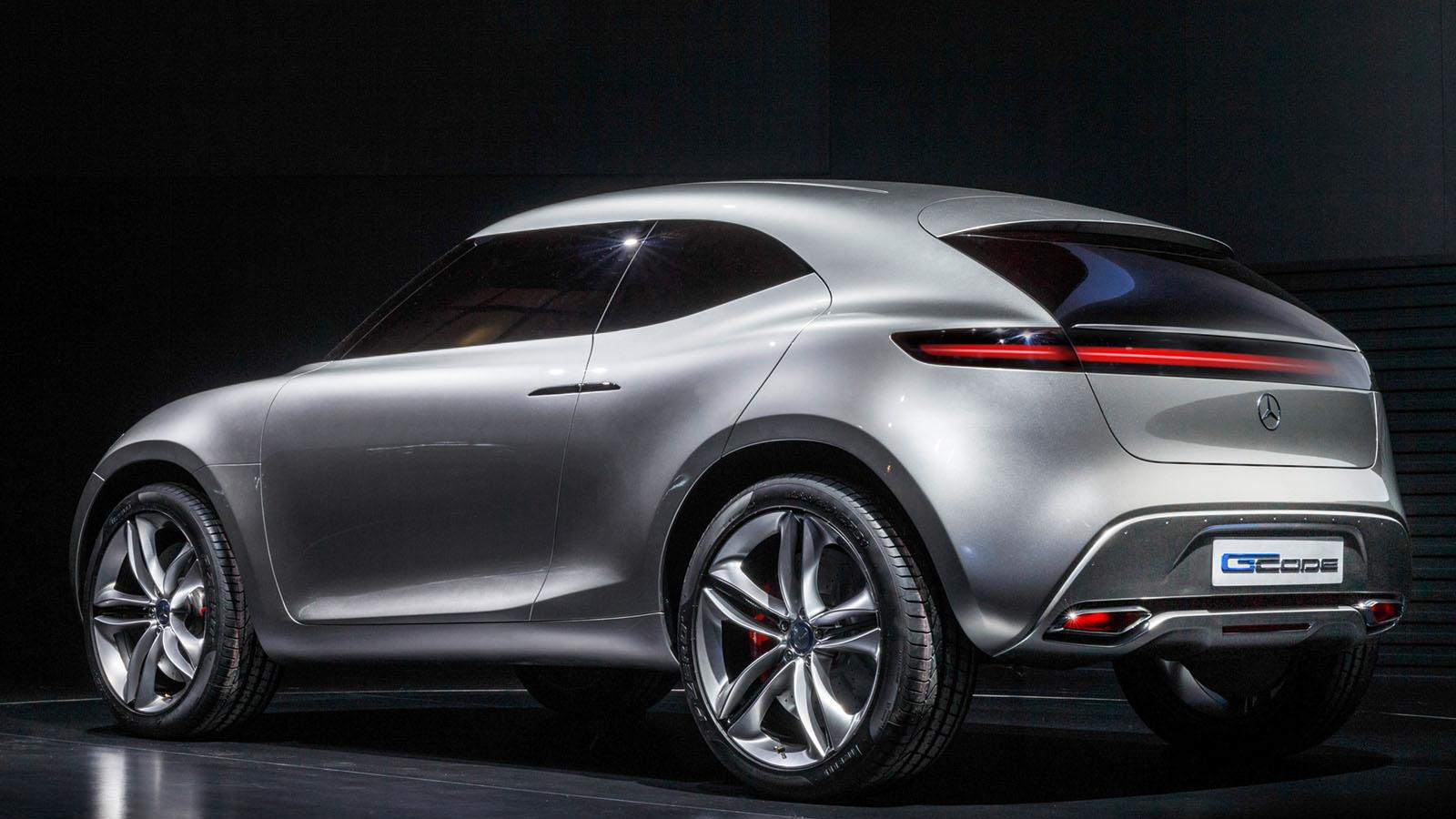 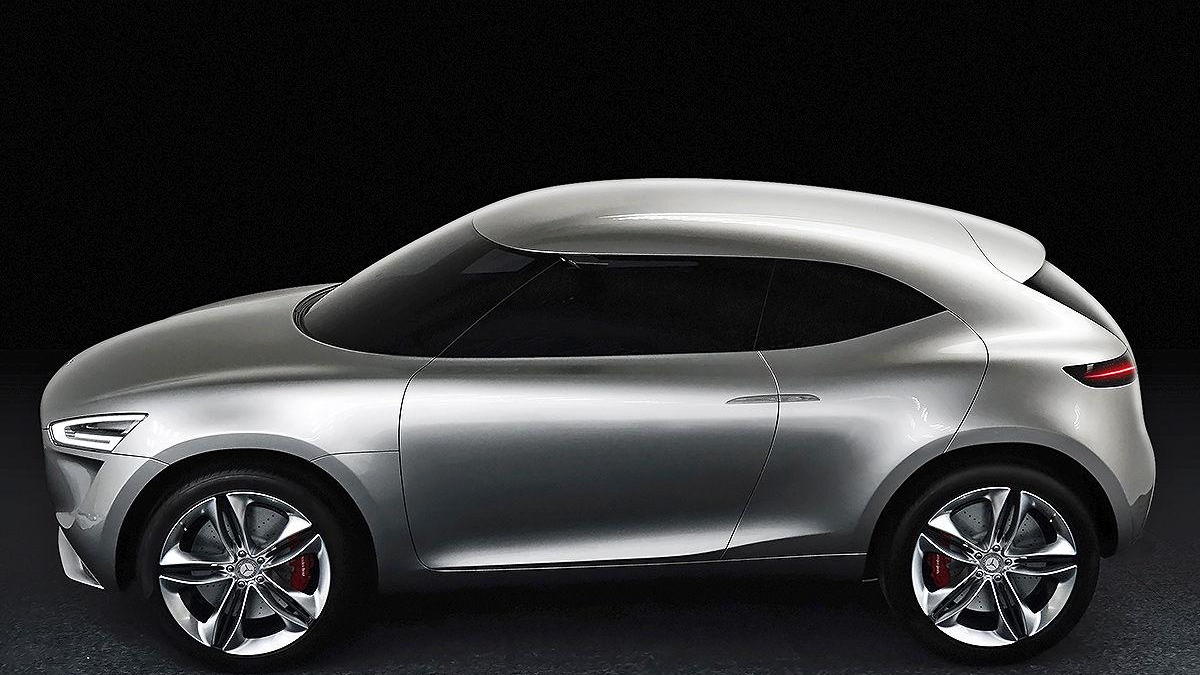 To mark the opening of its new R&D center in Beijing, Mercedes-Benz has unveiled a concept car with some novel green features.

The Mercedes-Benz G-Code is a subcompact crossover smaller than the current GLA-Class. It was designed with Chinese buyers in mind, but will also appear at the 2014 Los Angeles Auto Show.

Beneath its typically dramatic concept-car styling, the G-Code features a hydrogen-electric hybrid powertrain.

While Mercedes has dabbled in fuel cells, this concept simply burns hydrogen in an internal-combustion engine that drives the front wheels. An electric motor is mounted to the rear axle, giving the G-Code all-wheel drive.

The G-Code gets some electric power from an onboard battery pack--which can be charged from a socket as in a conventional plug-in hybrid--but also has several new types of energy-recovery systems.

One of them is the crossover's paint. It's a "multi-voltaic" material intended both to harvest electricity from sunlight and to collect electrostatic energy from wind drawn across its surface.

In addition, the G-Code features suspension that can regenerate electricity from the movement of its springs and dampers--something Audi has also hinted it's experimenting with.

Finally, there's a good 'ole regenerative braking system just like the ones used in production hybrids, electric cars, and even some internal-combustion models.

All of this technology is wrapped in styling that echoes recent Mercedes concepts. The G-Code combines car-like elements with the tall profile of a crossover in a way that's similar to the Nissan Juke and other production subcompact crossovers.

The rear of the "2+2" interior is accessed through "suicide" doors, and is fairly unadorned, with a single pod in the center of the dashboard that houses most of the gauges.

Three round air vents pump in oxygen generated from hydrogen synthesis, and two electric scooters are stored in the back, recharged by the car's battery pack.

Mercedes hasn't discussed plans to put the G-Code into production, though it would likely arrive with a rather more conventional powertrain.

But we do expect to see it at the 2014 Los Angeles Auto Show later this month.

For all the latest updates about production models and concept cars, see our Los Angeles Auto Show news page.