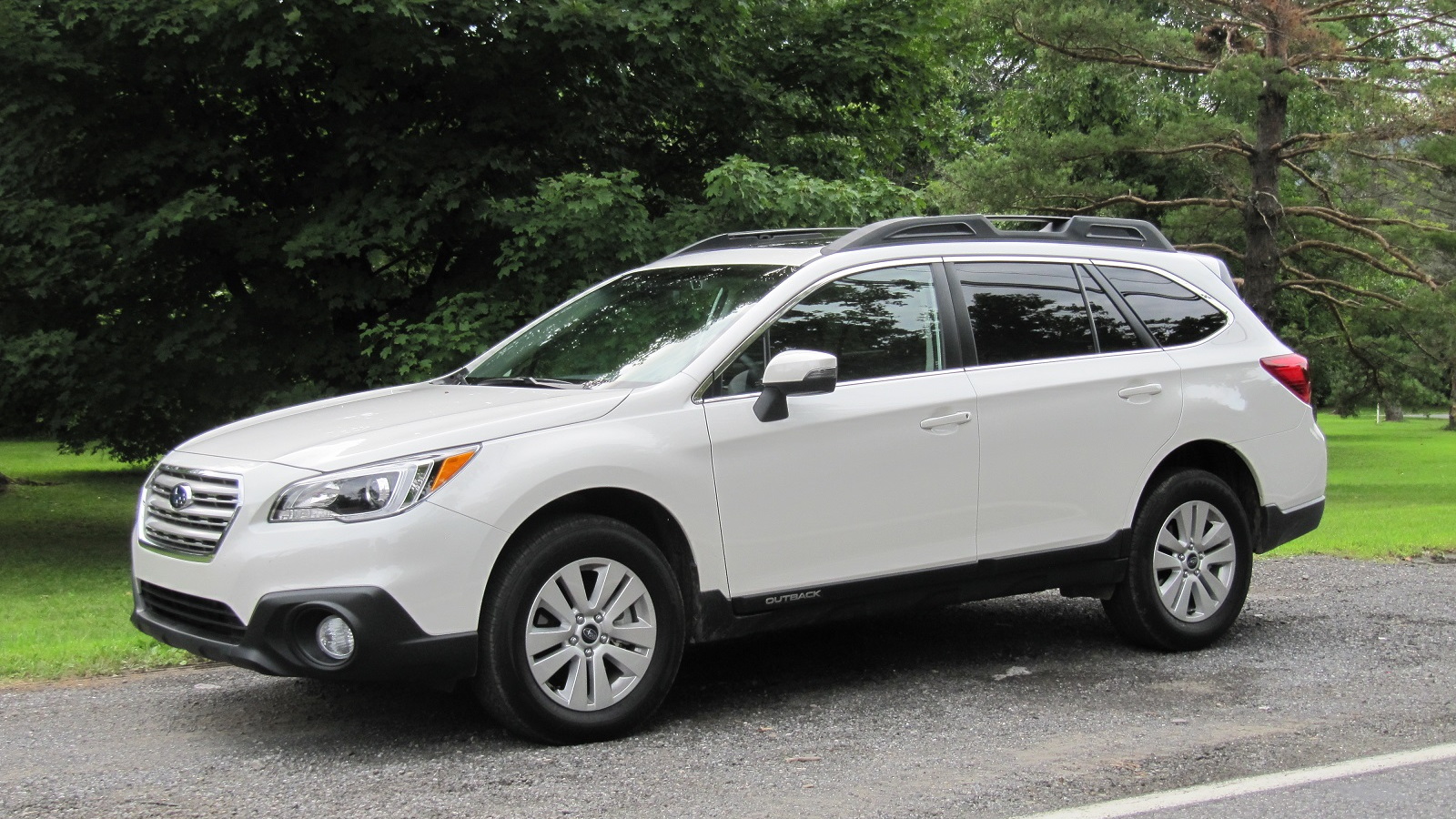 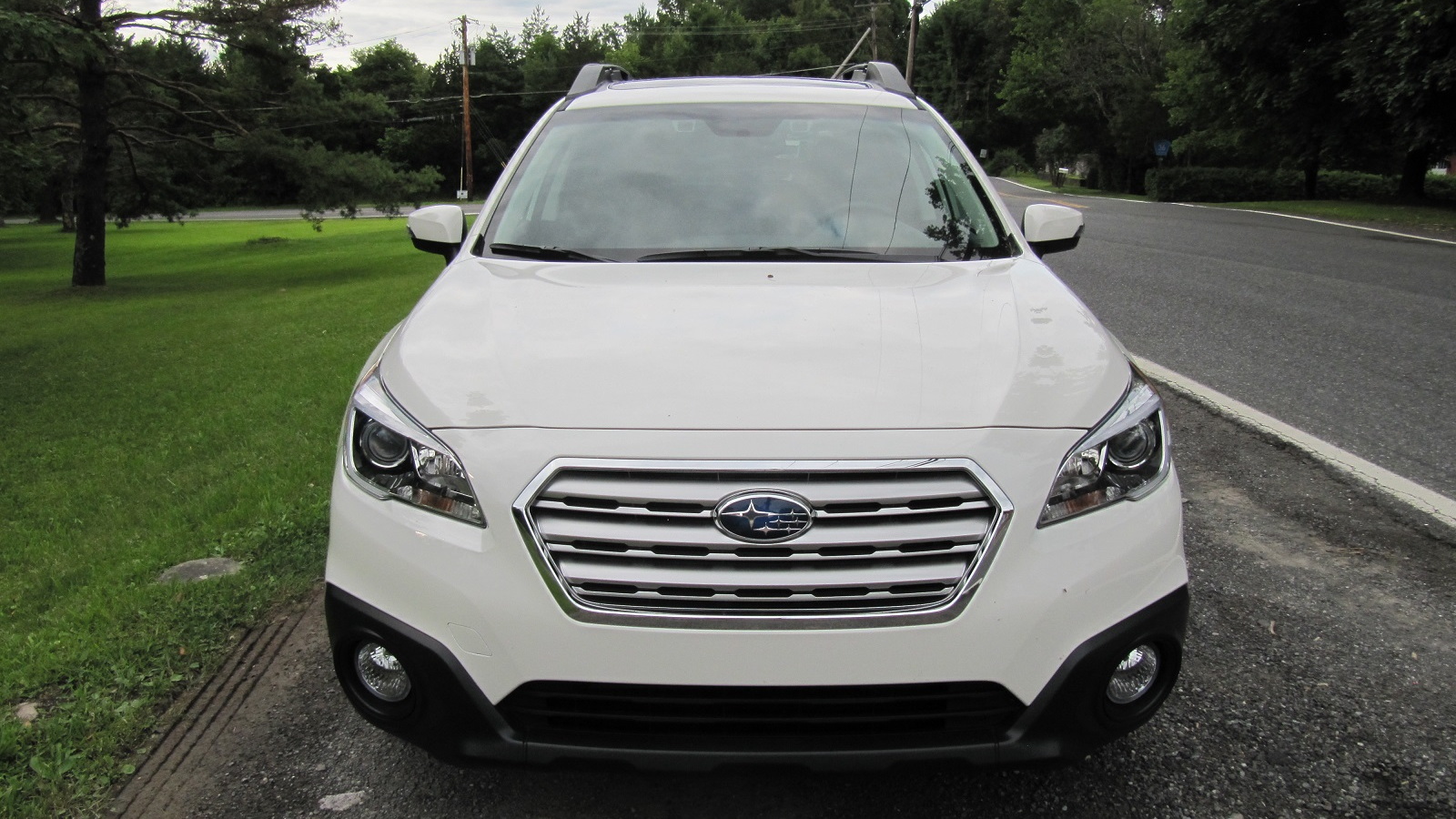 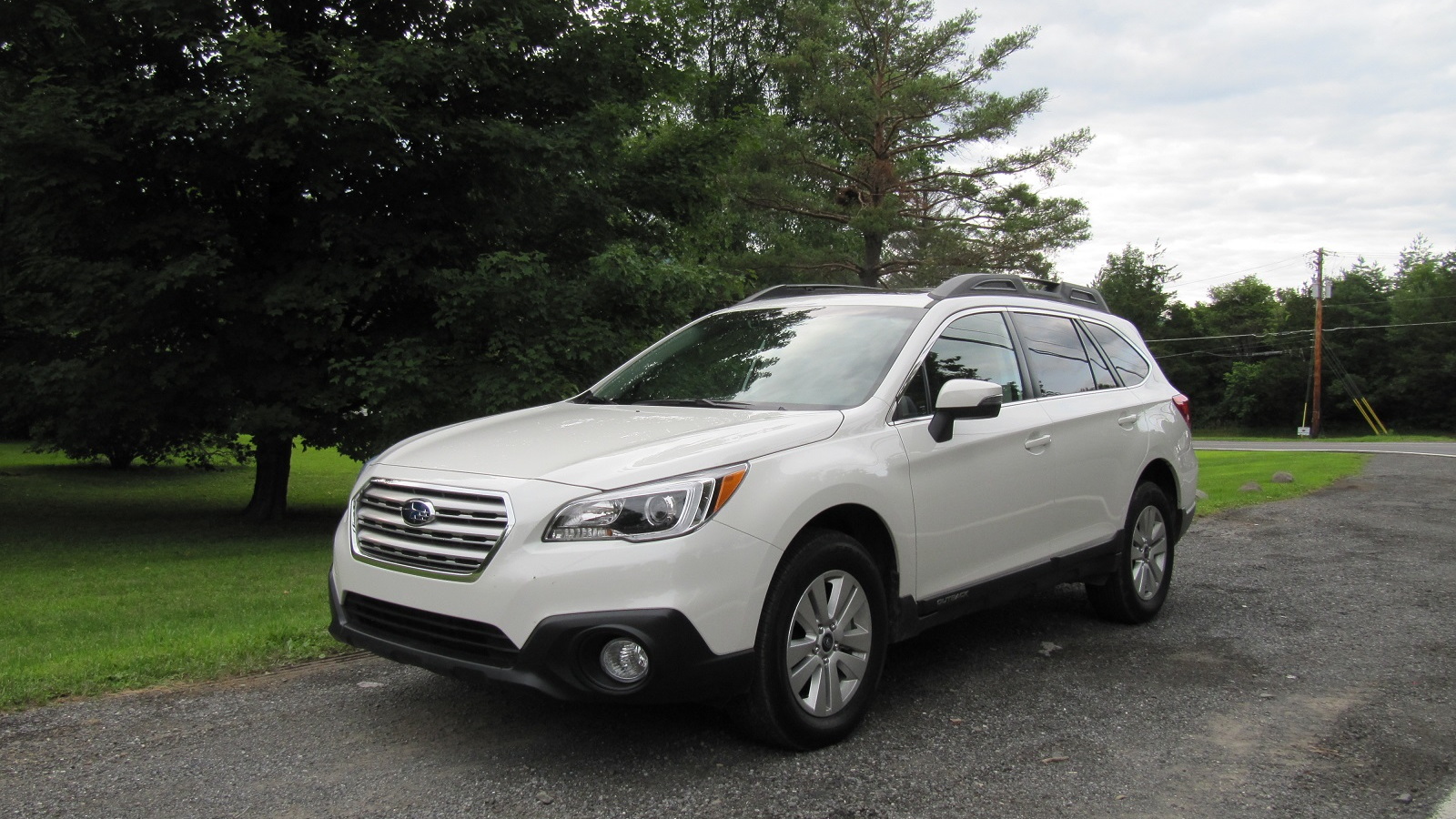 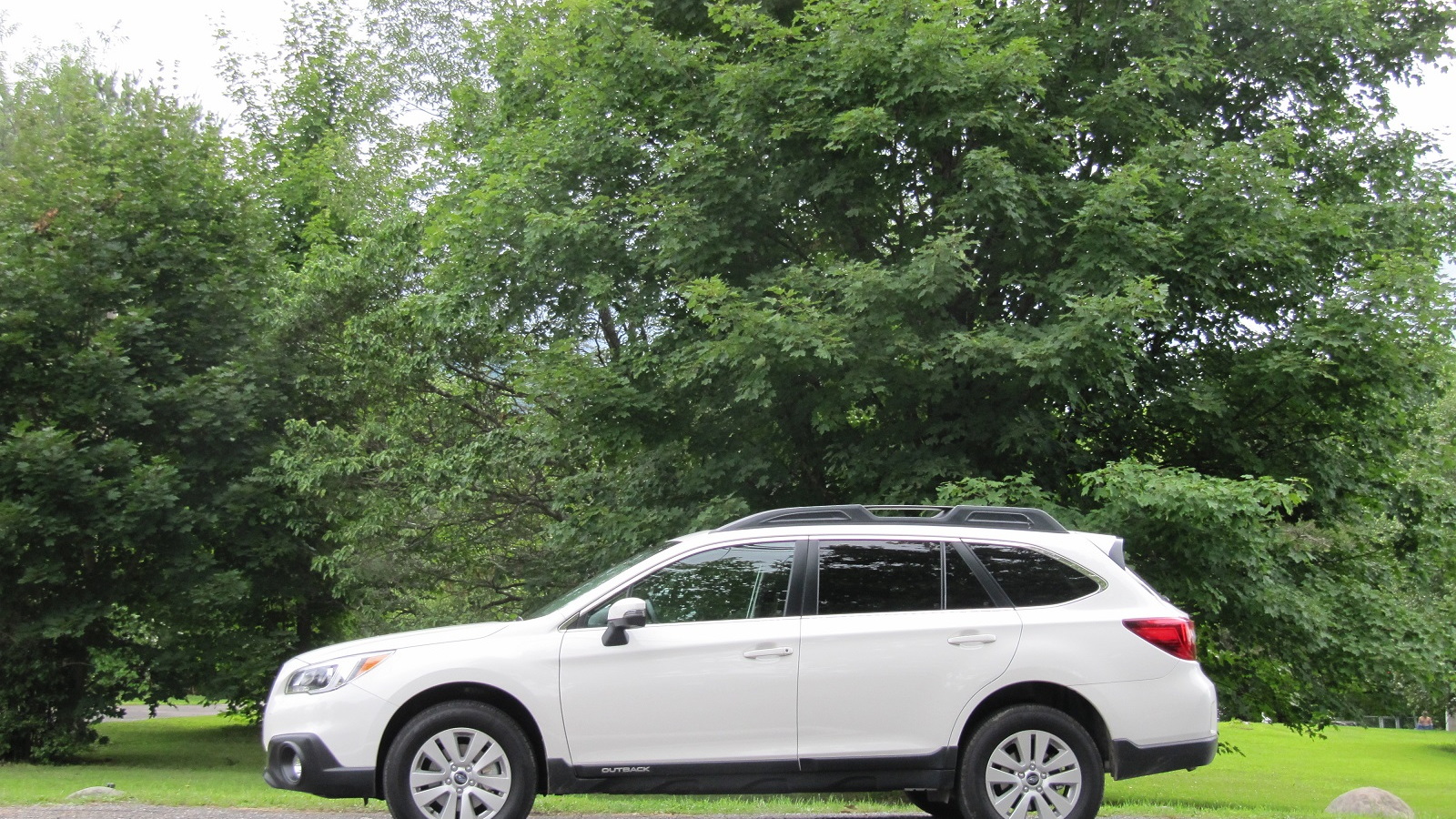 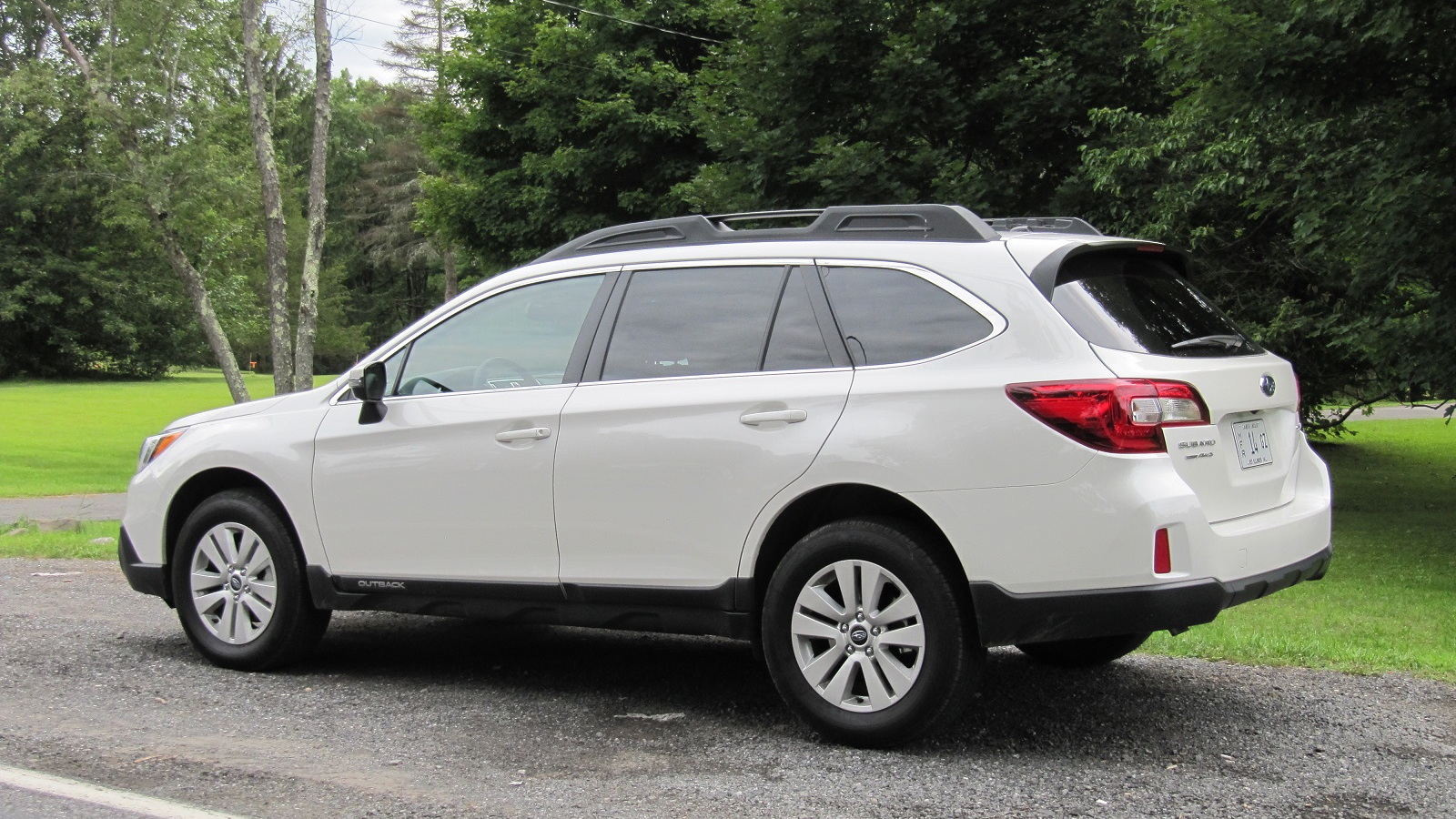 The new 2015 Subaru Outback is now arriving at dealerships, and it's likely to continue the small Japanese maker's striking growth over the past five years.

Like every other maker, though, Subaru has to make all of its vehicles more efficient--and to do so on a considerably smaller development budget than large global makers.

We were curious to see how the latest Outback stacked up against its mid-size SUV competitors.

Those arguably include the Honda Pilot, Toyota Highlander, Ford Edge, Dodge Journey, and Jeep Grand Cherokee--although Subaru owner loyalty is such that many repeat owners never consider any other vehicle.

The 2015 Subaru Outback is rated by the EPA at 28 mpg combined (25 mpg city, 33 mpg highway) with the 2.5-liter four-cylinder engine and continuously variable transmission (CVT).

That's a slight improvement over its 2014 Outback predecessor with the same powertrain, which came in at 26 mpg combined (24 mpg city, 30 mpg highway). Unlike last year's model, the 2015 Outback no longer offers the option of a six-speed manual gearbox--the CVT is only transmission option.

On our 405-mile test drive, with about two-thirds of the miles on highways and the rest in stop-and-go city and suburban traffic, we registered 31.0 mpg on the car's digital display.

For a car with as much interior space as the Outback, that's pretty good.

We weren't fans of the previous Outback generation's styling (2010-2014 models). It bordered on a caricature, with slab sides, huge exaggerated wheel arches, and a butch-SUV look quite different from the earlier and very pleasant wagon lines of 15 prior years of Outbacks.

The 2015 car is far smoother. It's still a big vehicle, but somehow Subaru has gotten slightly closer to the look of a wagon even though, for all intents and purposes, it's largely the same size as its graceless, trying-too-hard predecessor.

The Outback habitually does very well in safety-test ratings, though the 2015 Outback hasn't yet been rated by either the National Highway Traffic Safety Administration (NHTSA) or the Insurance Institute for Highway Safety (IIHS).

And like the 2014 Subaru Forester we had as High Gear Media's recent six-month test car--and TheCarConnection's 2014 Best Car To Buy--the outward visibility is as good as you'll get in an age of tougher roof-crush standards and multiple airbags, including those along windshield pillars.

The 2015 Outback has eight airbags, with a pair of new front-seat cushion bags supplementing the six in its predecessor.

Both of those systems worked flawlessly, though we resorted to turning off the lane-departure warning for the small and variably marked winding country roads we tested on.

The Subaru adaptive cruise system, however, worked as well as any we've used on German luxury sedans--and considerably better than that on our present test car from another volume maker (about which more in a few days).

A few things, both pro and con, struck us about the new Outback after our weekend inside it:

Our test car was an Outback 2.5i Premium, the mid-level and most common trim package, with a base price of $26,995. It bundles 17-inch alloy wheels, 10-way power adjustment for the driver's seat, dual-zone climate control, heated front seats and wipers, fog lights, a leather-wrapped steering wheel, and more.

Added to that were a $3,390 of options, including a power moonroof, a powered rear tailgate, an in-dash navigation system, and the EyeSight system.

Ours being a Northeast state that uses California's tougher emissions regulations, our Outback was a partial zero-emission vehicle (PZEV), which added $300 more to the tab.

How different are Subaru Outback owners? A story from one of our local Subaru dealers gives some indication.

With the Subaru lineup consisting of compact and mid-size crossovers (XV Crosstrek, Forester, and Outback), economy sedans and hatchbacks (Impreza and Legacy), and low-volume performance cars (the Impreza WRX and WRX STI), dealers have to address three different kinds of customers.

Outback customers, our local dealer told us one slow day last winter, are very different from the buyers of any other Subaru.

"I show them what's in stock, usually they'll pick the one closest to what they have--and then they write me a check and drive away."

He told us he sells fully two-thirds of his Outbacks for cash. No financing, though he usually takes the old and often very heavily-used Outback in trade as a courtesy.

These are owners who could buy any kind of car, including considerably pricier German or Japanese luxury crossover utility vehicles. They're not interested in those.

"They tell me they're happy with their Outbacks, they don't need all that fancy stuff--and that they'll see me again in 10 years or so," he said, chuckling.

You might say Subaru has swallowed the market that used to buy big square Volvo wagons one after the other.

We certainly understand that part.

Full disclosure: This author currently owns a 2000 Subaru Outback, and has had three previous Subarus dating back to the 1980s. They suit his particular set of usage needs well.