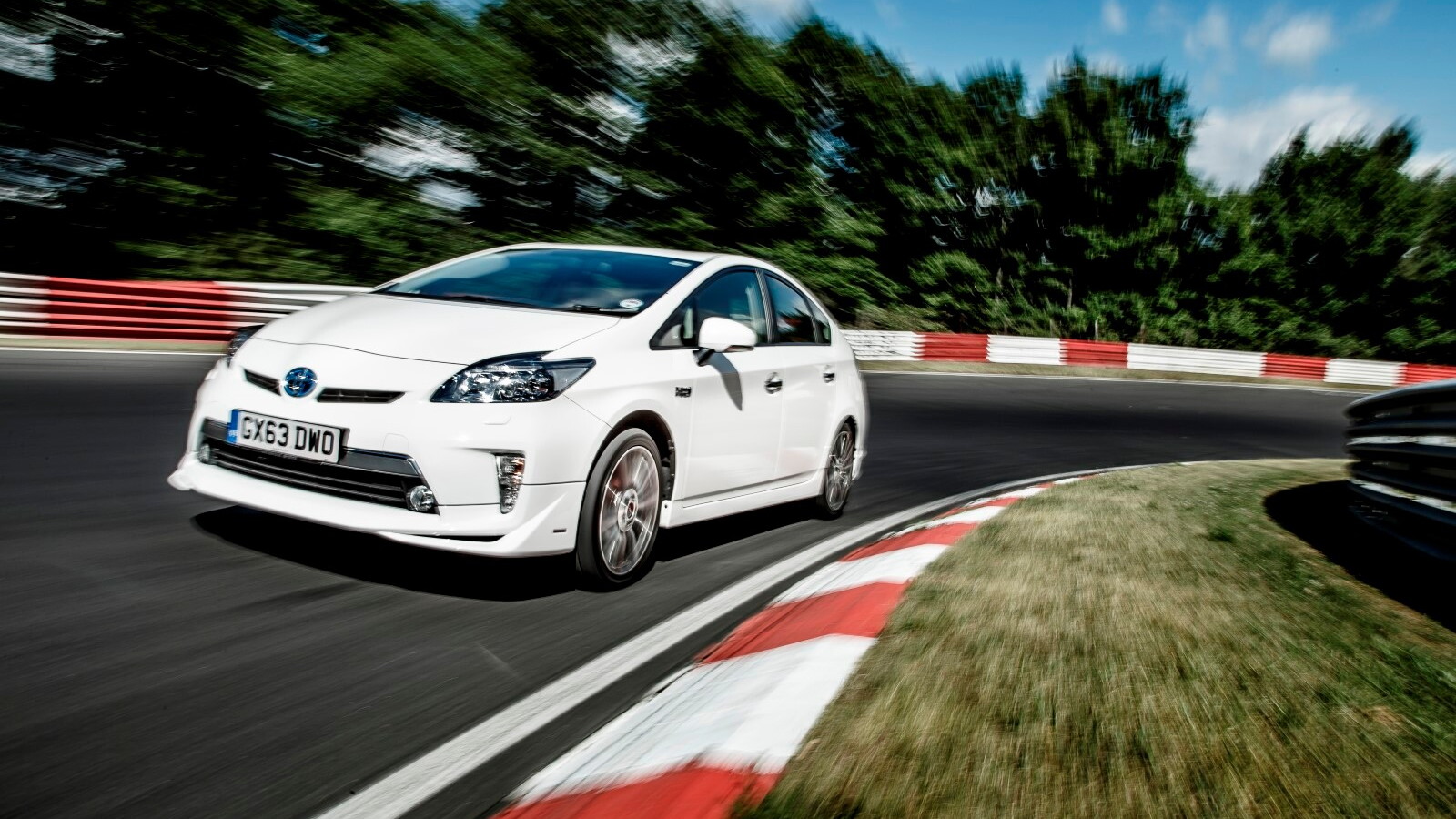 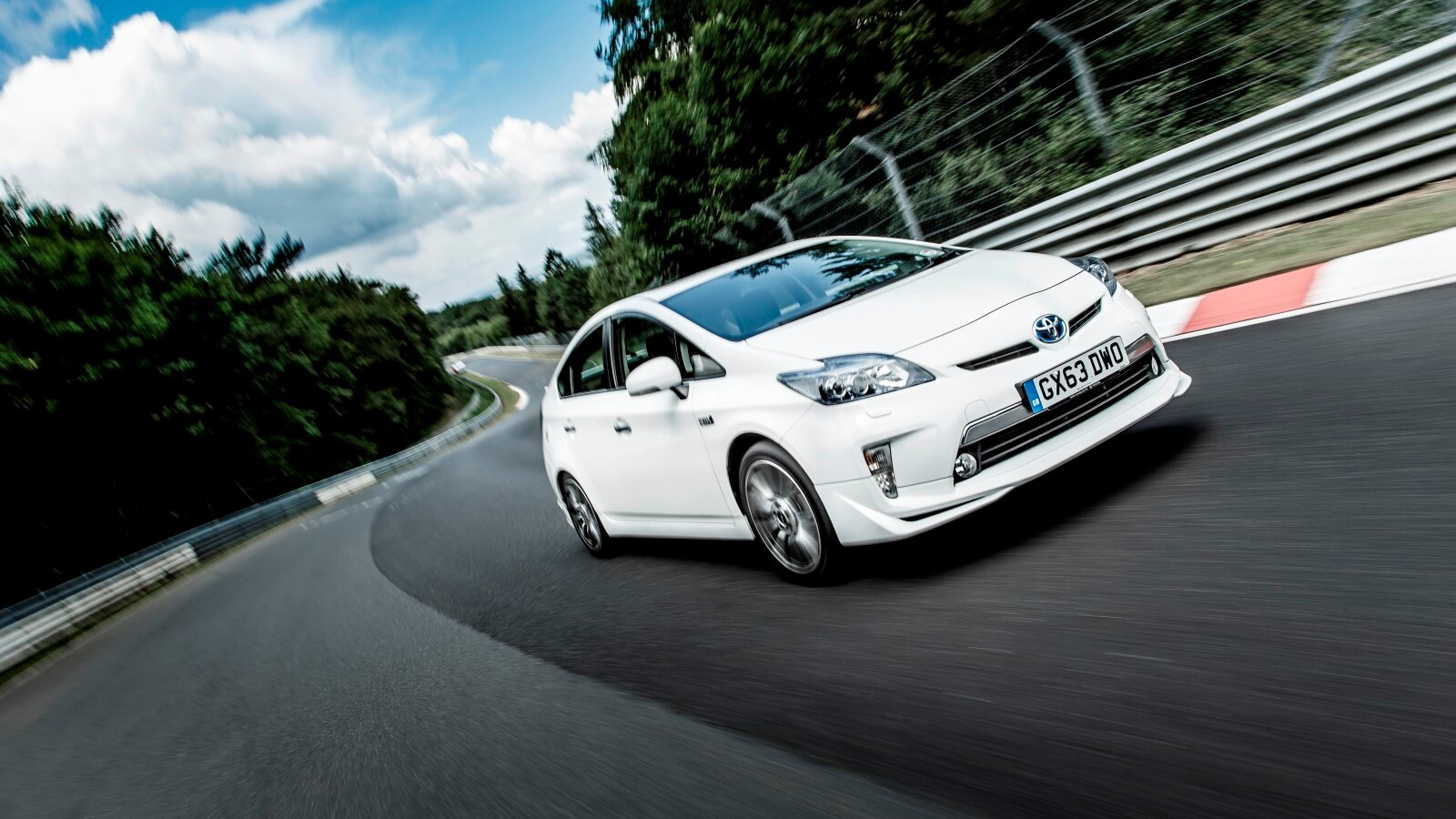 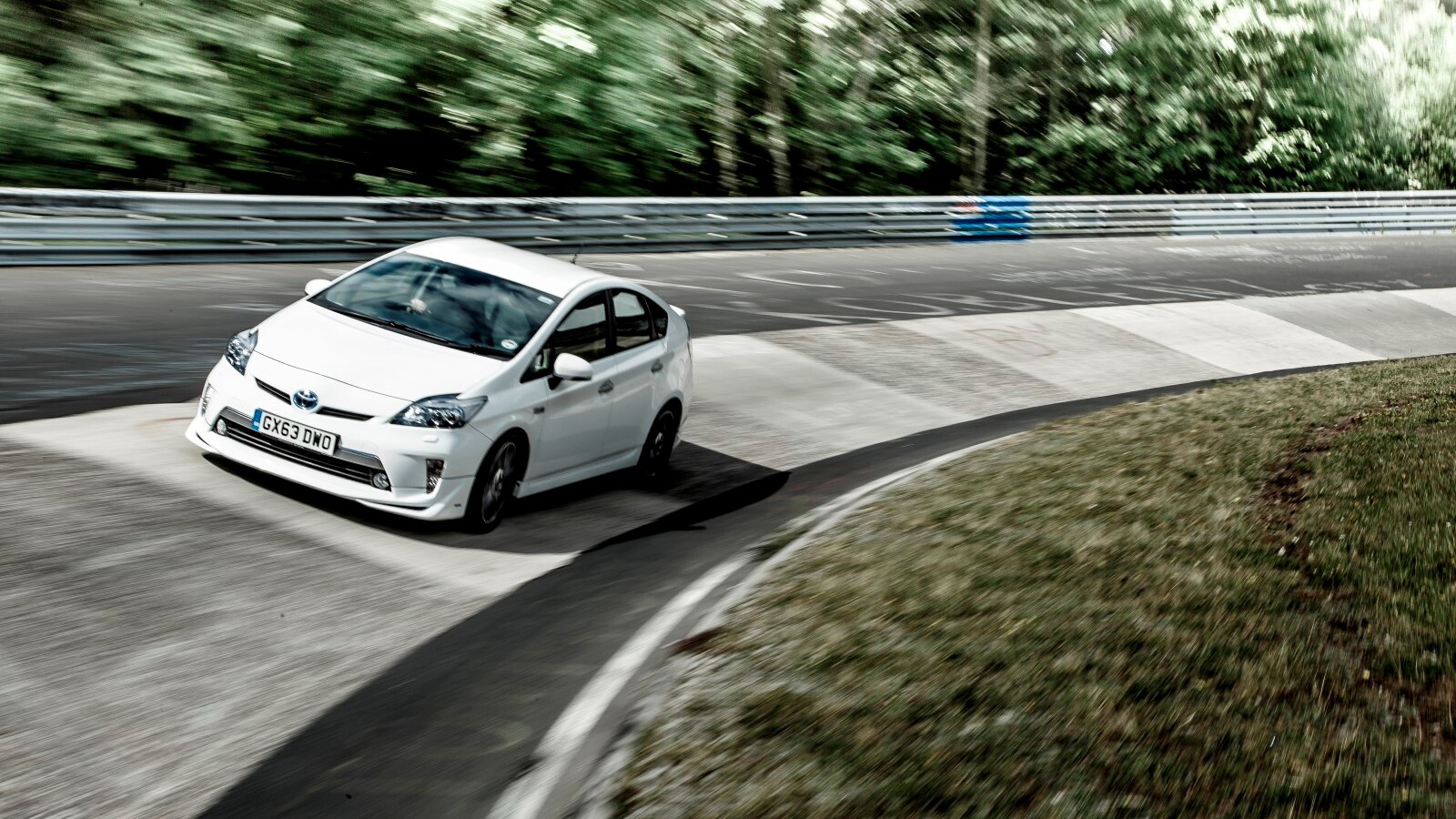 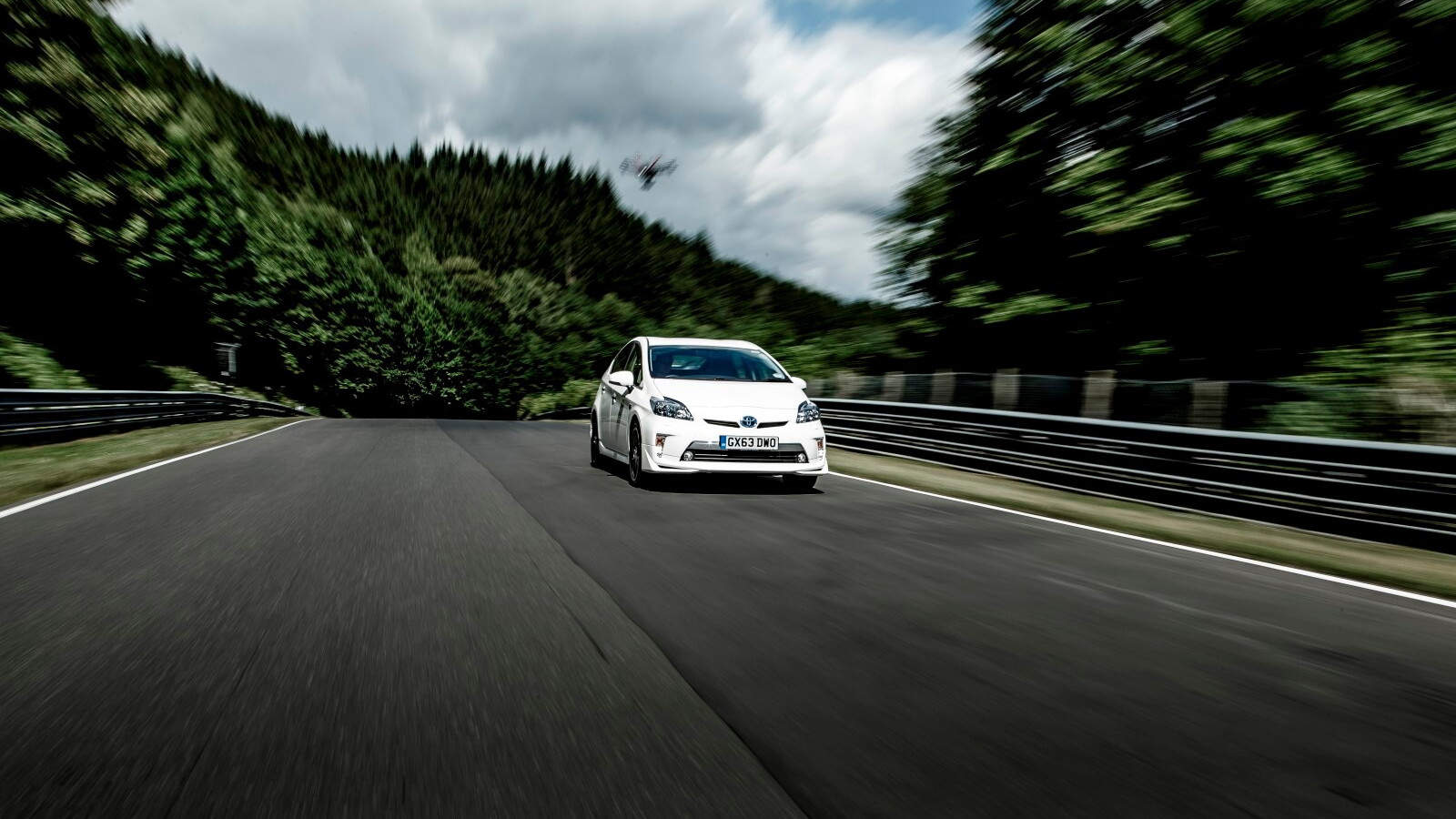 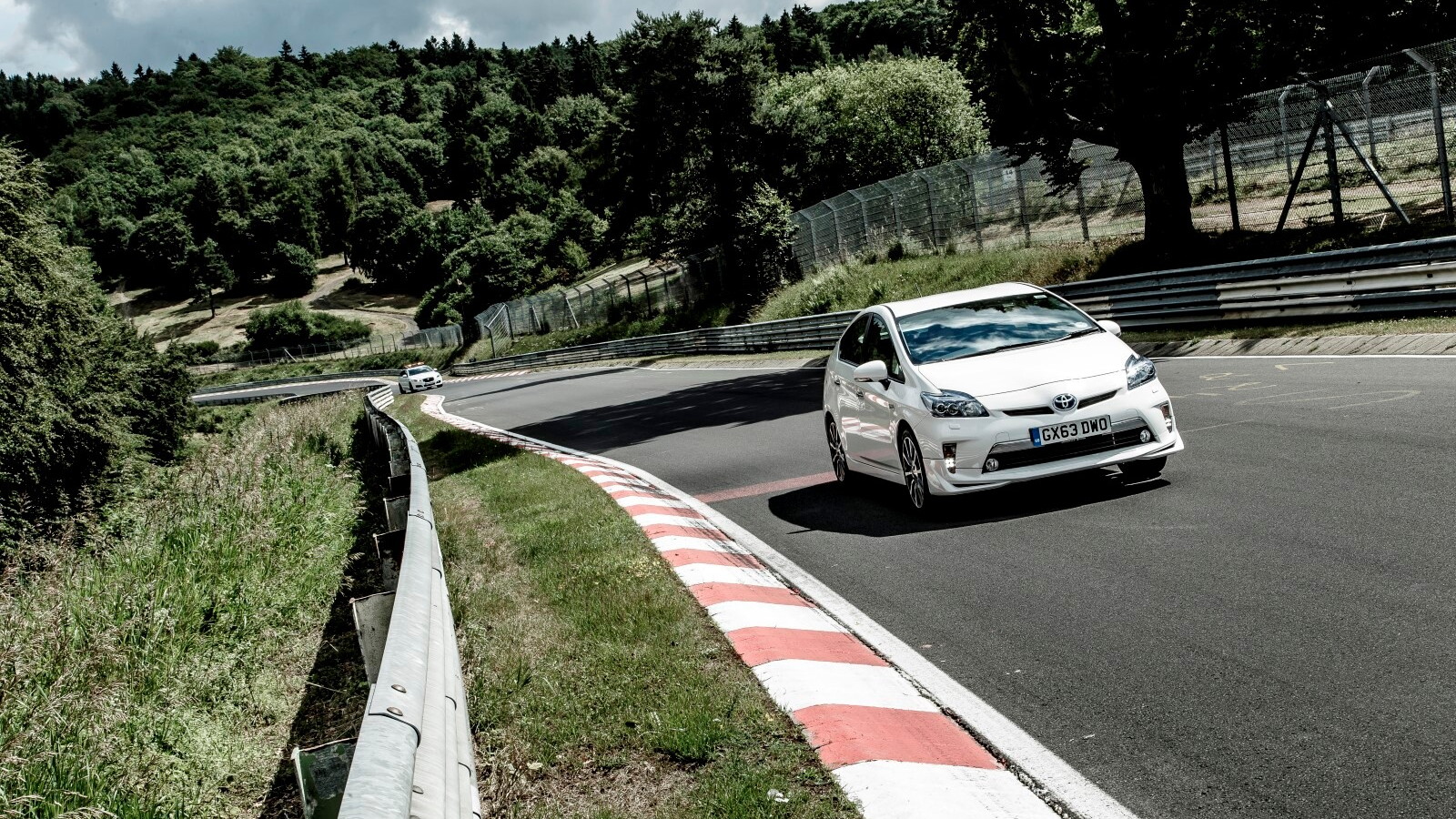 Once one of the most dangerous motor racing circuits in the world, it's now a measuring stick for the capabilities of road-going sports cars, performance sedans and supercars.

And a Toyota Prius Plug-In Hybrid--though Toyota's lap of the infamous circuit is rather different from most.

The plug-in Toyota's lap time might not go down in history. At 20 minutes and 59 seconds, it took the hybrid over twice as long to lap the 12.9-mile circuit as it would for a moderately peppy road car.

But at 581 miles per gallon over the same 12.9 miles, it's fair to say that even the most economical road cars would struggle to top it--and therein lies a clue to its unimpressive lap time.

With motoring journalist Joe Clifford at the wheel, a sedate drive around the circuit allowed the car to remain largely in EV mode--the engine only kicking in on a long, uphill stretch of the track, where elevations top 1,000 feet.

Clifford had to meet a minimum speed, though: Driven during one of the circuit's public sessions, the Toyota had to maintain an average of at least 37 mph.

That's not much for a race circuit--even one as twisty as the Nürburgring--but it does fall neatly inside the Prius Plug-In's ability to run at up to 70 mph on electric power alone.

Aside from a TRD body kit--for style alone, rather than performance--the car was completely standard.

"We used no special tricks for this test," said Clifford. "We simply took a fully charged car, fitted it with low rolling resistance tyres and drove the lap, among all the other public drivers."

He notes that the track's 12.9-mile layout is similar to that of many commutes in the UK justifying the car's relatively short EV range--15 miles in European testing, and an 11-mile blended electric and gasoline range in EPA testing.

The test shows that given the right driving conditions (even on a tricky race circuit) it's possible to beat that EPA range, though you'll be going nowhere fast as you do so...