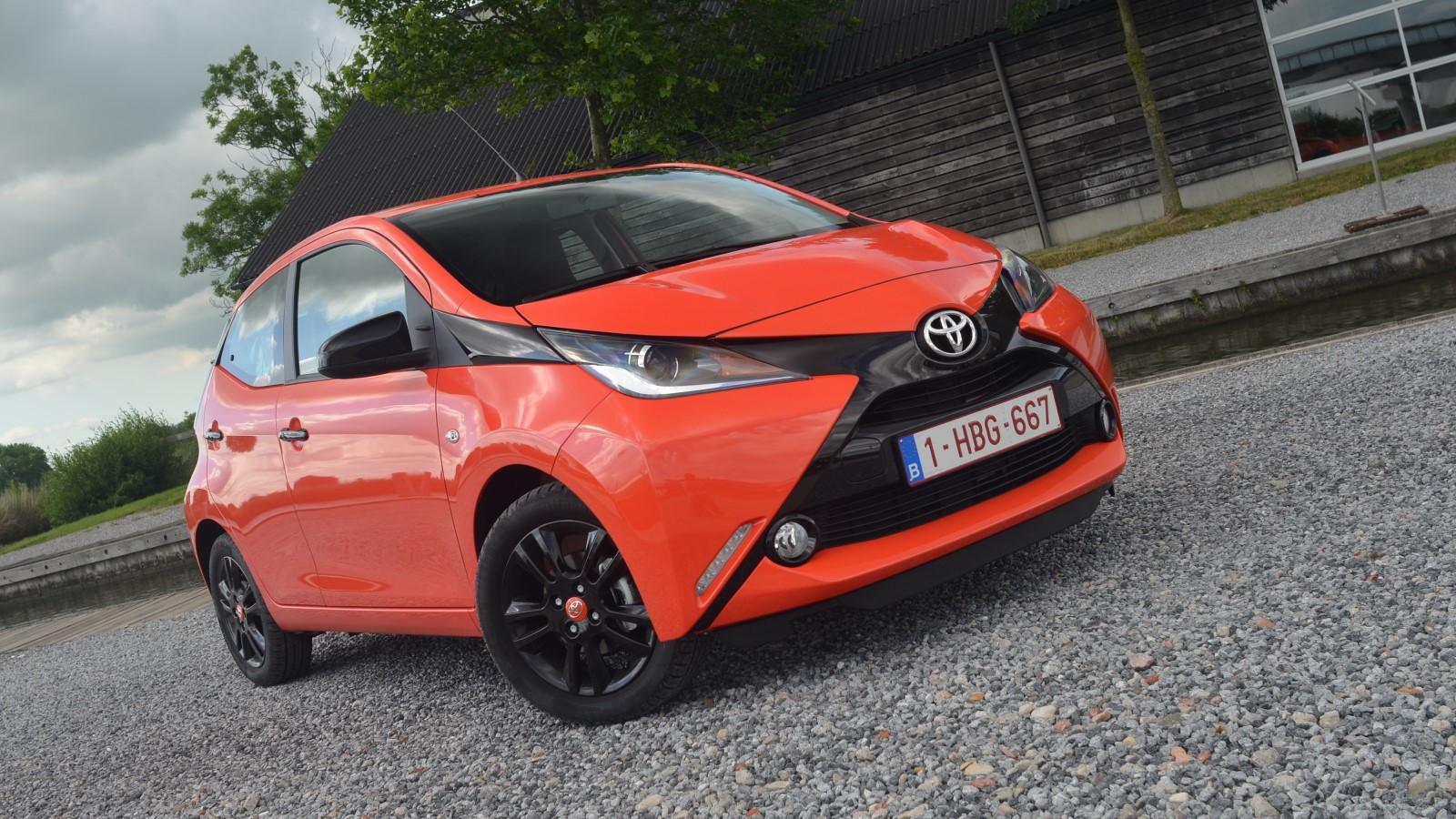 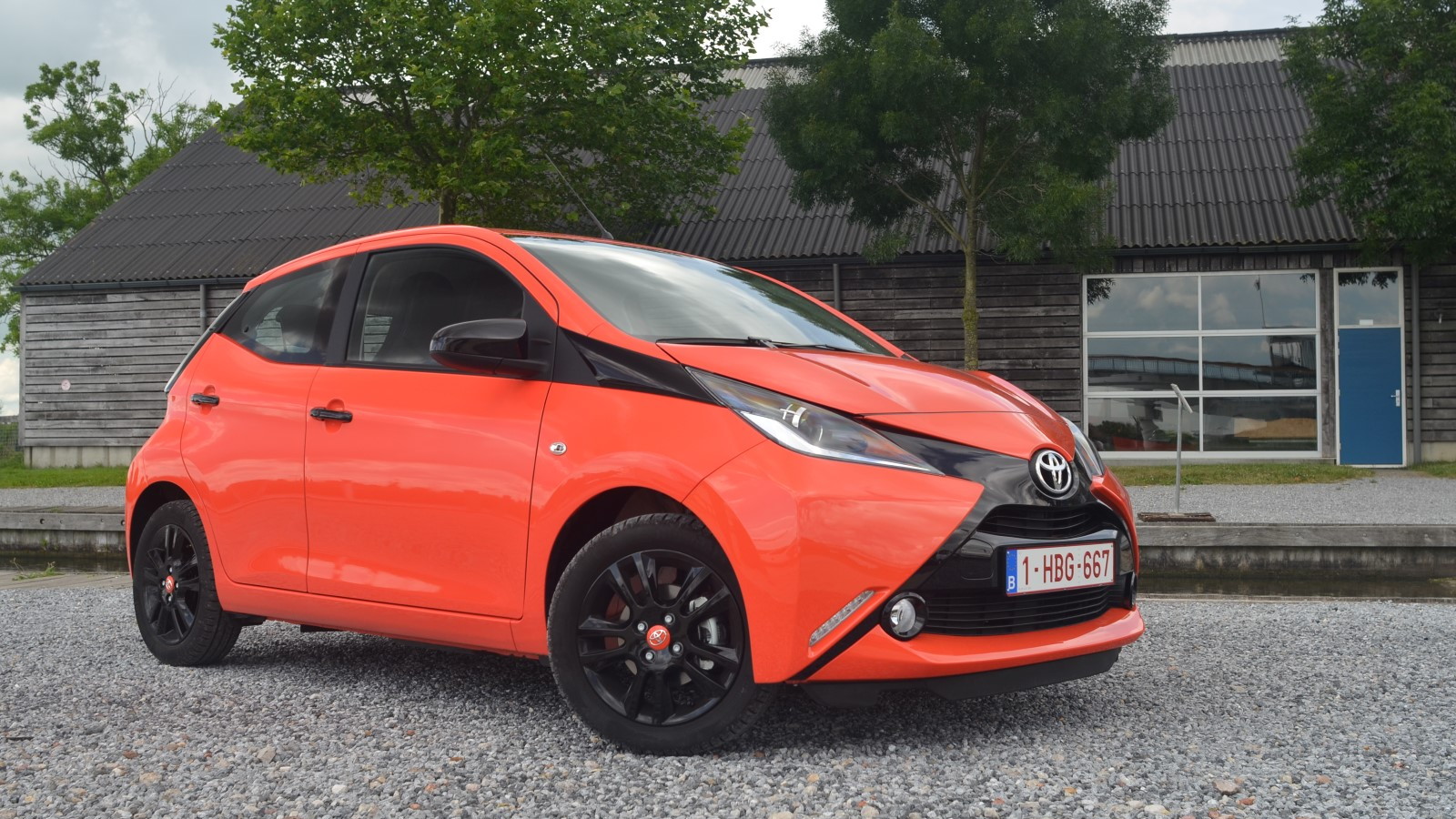 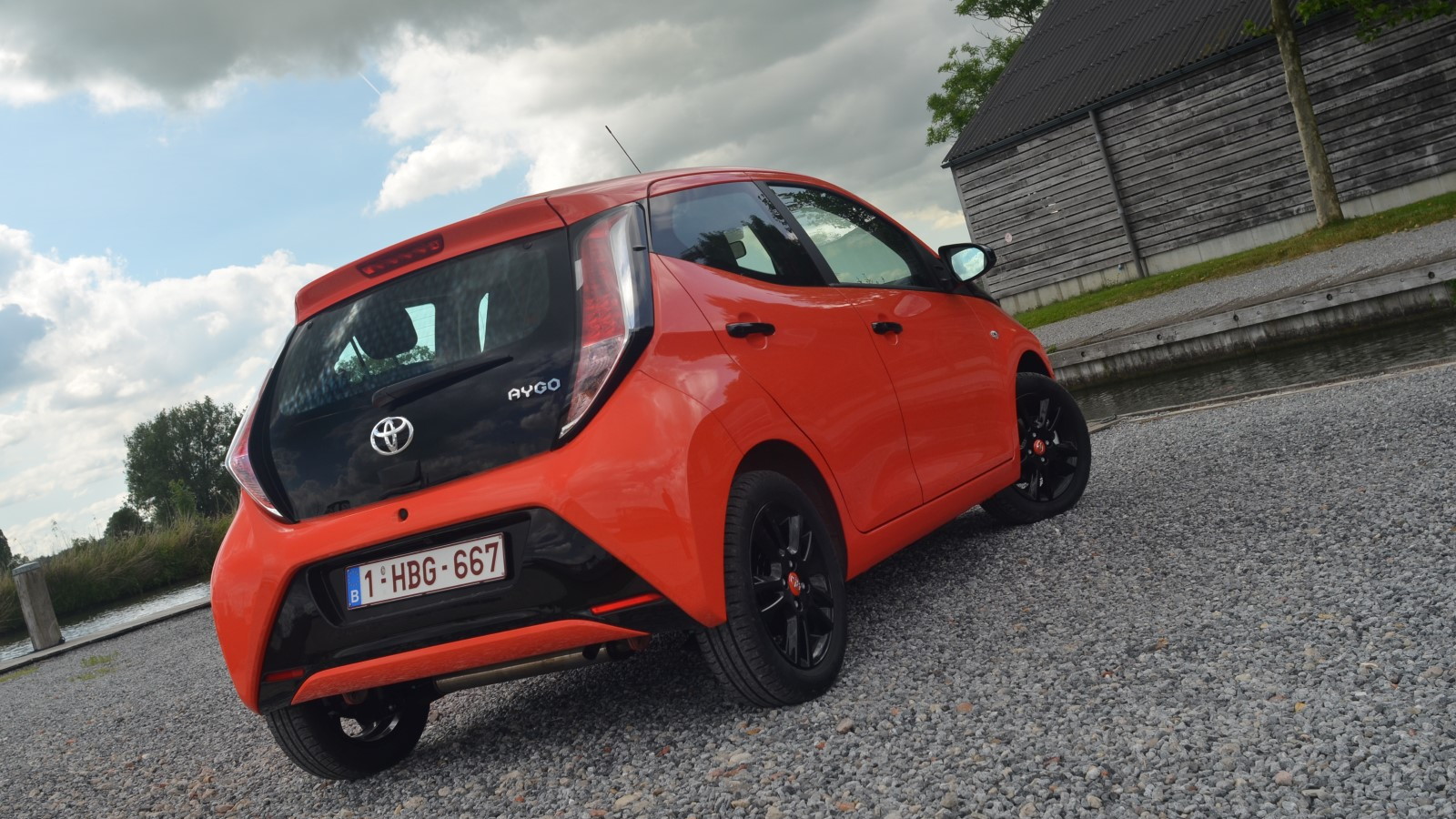 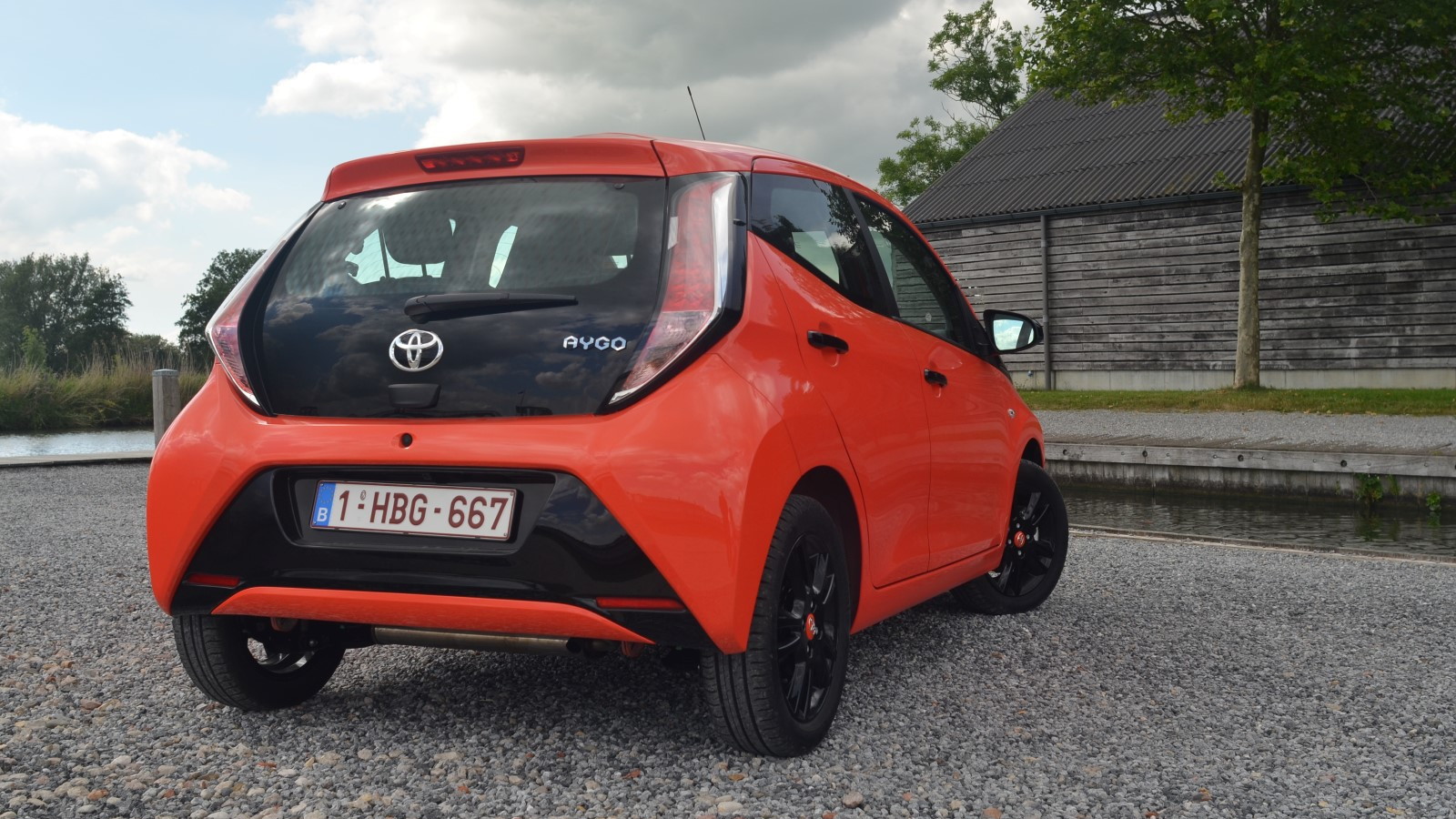 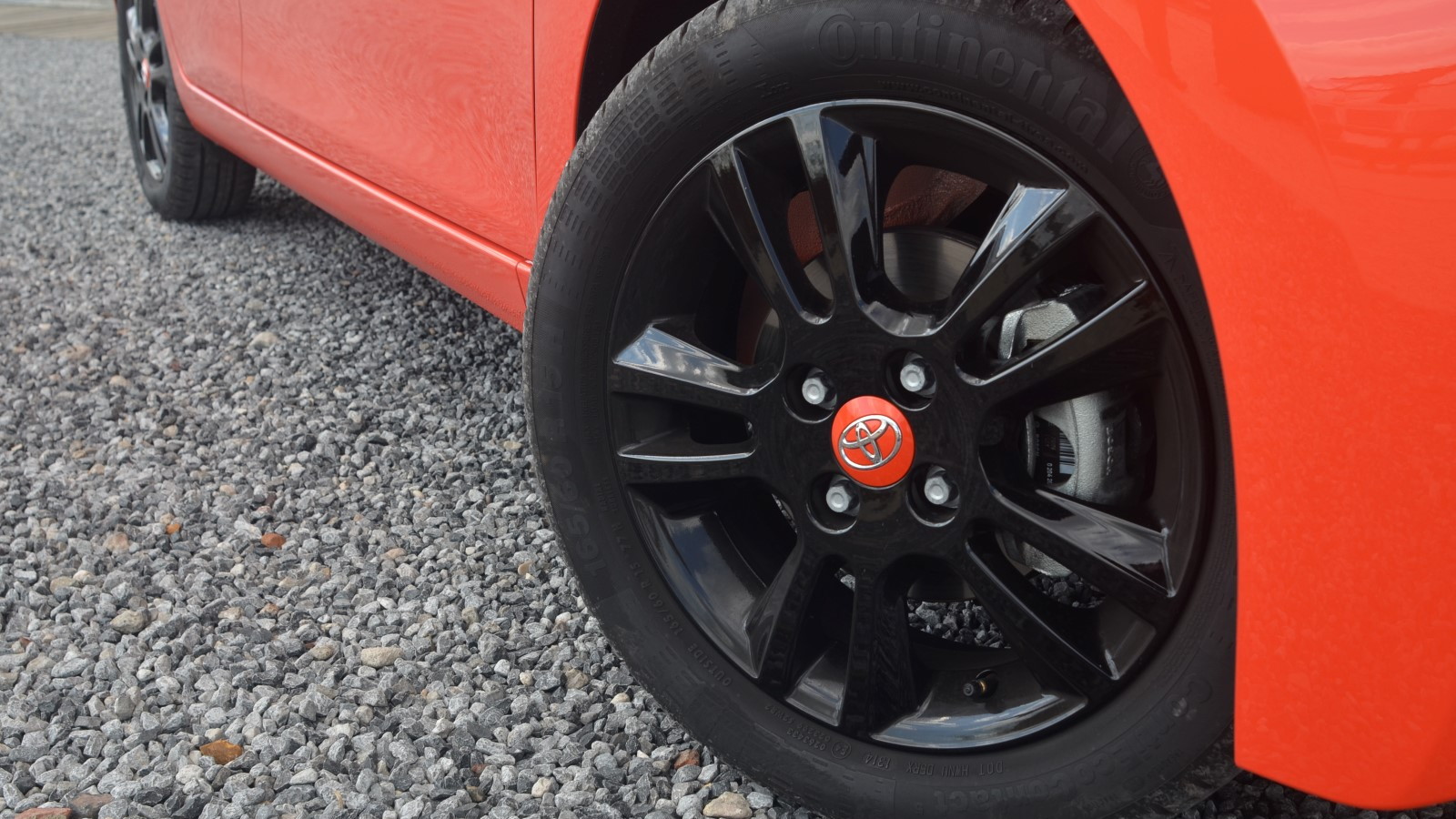 15
photos
The Scion iQ has not been a success story for Toyota's youth-orientated brand.

By contrast, Toyota's other small car had a bumper year in 2013. The Aygo minicar moved nearly 60,000 units worldwide, greater than that of the preceding few years, despite a new model on the way--the car you see here.

And having driven the new Aygo, we think it's kind of a shame it's unlikely to hit U.S. shores, since it's a much more appealing product than the unusual iQ.

The fall and fall of the iQ

The iQ is a nice enough vehicle, but we can think of two reasons why it may not have been the success that Toyota and Scion hoped it would be.

In the U.S, the first is its size. The iQ may be smarter than Smart's Fortwo, but the Fortwo itself is hardly a volume seller in the U.S. since few are prepared to make the tradeoff of driving a tiny car that doesn't achieve stratospheric gas mileage figures.

That the Fortwo has consistently outsold the iQ both in the U.S. and elsewhere must be extra galling for Toyota.

The second is price. Tiny cars need tiny prices to truly succeed, and the iQ has always seemed a little expensive.

You'll pay a good $4,000 more for a base iQ than you will a base Fortwo right now, a number that doesn't really justify its 1 mpg economy improvement (37 mpg combined versus 36 mpg) and negligible benefit of its tiny rear seats.

To European eyes, it seems confusing that Toyota would deliberately sell a product more compromised and more expensive than it needed to be.

That's largely because since 2005, Toyota has sold the Aygo in Europe--a proper four-seat minicar with great gas mileage and funky looks that makes no attempt to compete with Smart on its own turf.

As such, it's a much better car--and the new model is no exception.

Like Scion's brand ethos, the message of the new Aygo is one of youthful appeal. It looks dramatic for a start, much more sporty and playful than rivals like the Volkswagen Up--a car it competes with head-on.

See those contrasting black panels on our orange test car? The X-shaped nose panel, A-pillar trims and rear diffuser element can all be swapped out by Toyota dealerships for different colors, so owners can personalize their cars at will.

The same goes for various plastic trim elements in the Aygo's interior, many of which already match the exterior shade. And like the Up, the car's interior door panels are painted, rather than trimmed--a neat way of adding color to the interior.

Unlike the iQ, you can actually seat four people all at once. Four six-foot tall people may struggle, but they still get something approximating a decent luggage area--a deep recess behind the rear seats, rather than the iQ's sliver of space that would squeeze the filling from a sandwich.

It doesn't quite match the iQ for plastics quality, but it's a lot more cheerful inside and any feeling of cheapness can be forgiven, since pricing is more at the Smart Fortwo than the Scion iQ level.

All Aygos get the same 1.0-liter, three-cylinder engine.

This is largely similar to the unit found in European iQs, though 300cc shy of the 1.3-liter unit offered in the U.S. to bring it somewhere close to American expectations of performance.

It produces 68 horsepower, and official European economy is 57 mpg.

With little effort at all we managed 50 mpg in the five-speed manual version and nearly 47 mpg using the Smart-style jerky automated manual option. Both are far greater than the 1.3 iQ can manage.

The car's 0-62 mph sprint is listed at 14.2 seconds. For some, that would be far too slow--though in reality, the light weight of cars like the Aygo means they never feel as tardy as the bare numbers suggest, and the three-pot emits a pleasant growl whenever you work it hard.

At a cruise, or at idle, it's nearly silent. And in case you're still skeptical of tiny cars with tiny engines--yes, it'll comfortably hit, and maintain, an 80 mph cruise. Or more, should you be inclined.

Could Toyota offer a more powerful version, even so?

Perhaps--the Aygo has been co-developed with Peugeot and Citroen, just like its predecessor.

Both those manufacturers will offer an 82-horsepower, 1.2-liter option--putting performance on-par with cars like the Mitsubishi Mirage sold in the U.S. In Europe, Toyota says it doesn't see demand for it (most competing minicars have similar power outputs and performance levels) so won't offer that engine.

In the turns, the benefits of the Aygo's light weight are also apparent. It's just as fun to chuck around as a VW Up, perhaps more so with its slightly meatier steering, and there's more grip than its skinny little tires might suggest.

When you're not driving it like a little car, you can appreciate its big car features--in our range-topping test car, these included leather seats, an infotainment touchscreen with sat-nav, smartphone hookup and a backup camera, and cruise control.

Like the VW Up, Toyota has designed the car specifically for Europe--the model won't even be sold in Toyota's native Japan, despite that country's love of small cars--and it's been built specifically to meet European emissions and safety standards.

The other problem could be the iQ itself. Scion has had its fingers burned with the slow-selling model, and may not be keen to repeat the exercise--no matter how good a car the Aygo is.

That, and Toyota would almost certainly have to drop in a larger engine to meet U.S. tastes, even if it meant a small gas mileage hit.

But what the Aygo shows is that small cars have never been so good--the smallest vehicles now offer better fuel efficiency than ever before, yet offer the kind of safety and entertainment kit that wouldn't look out of place in cars several classes above.