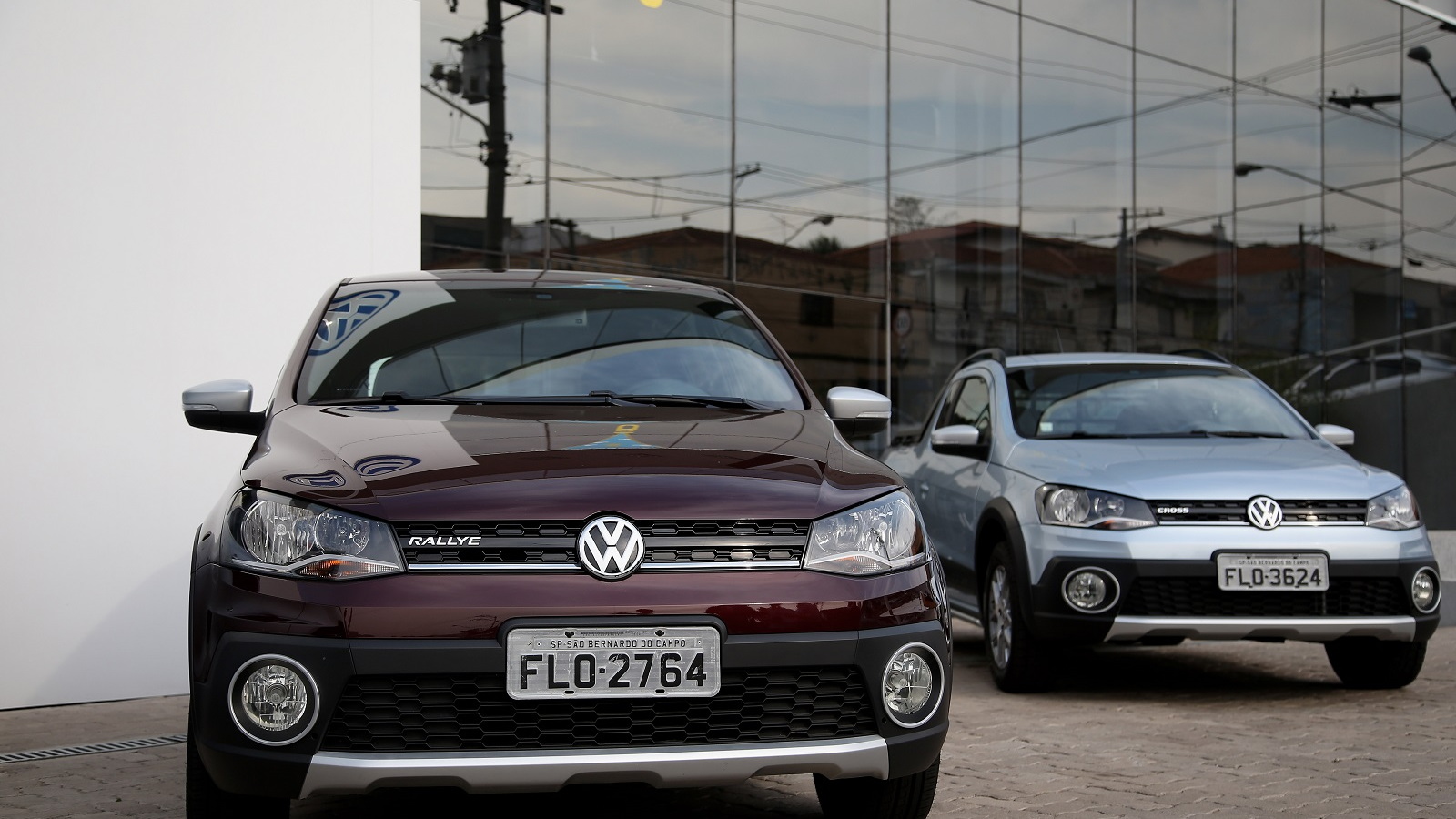 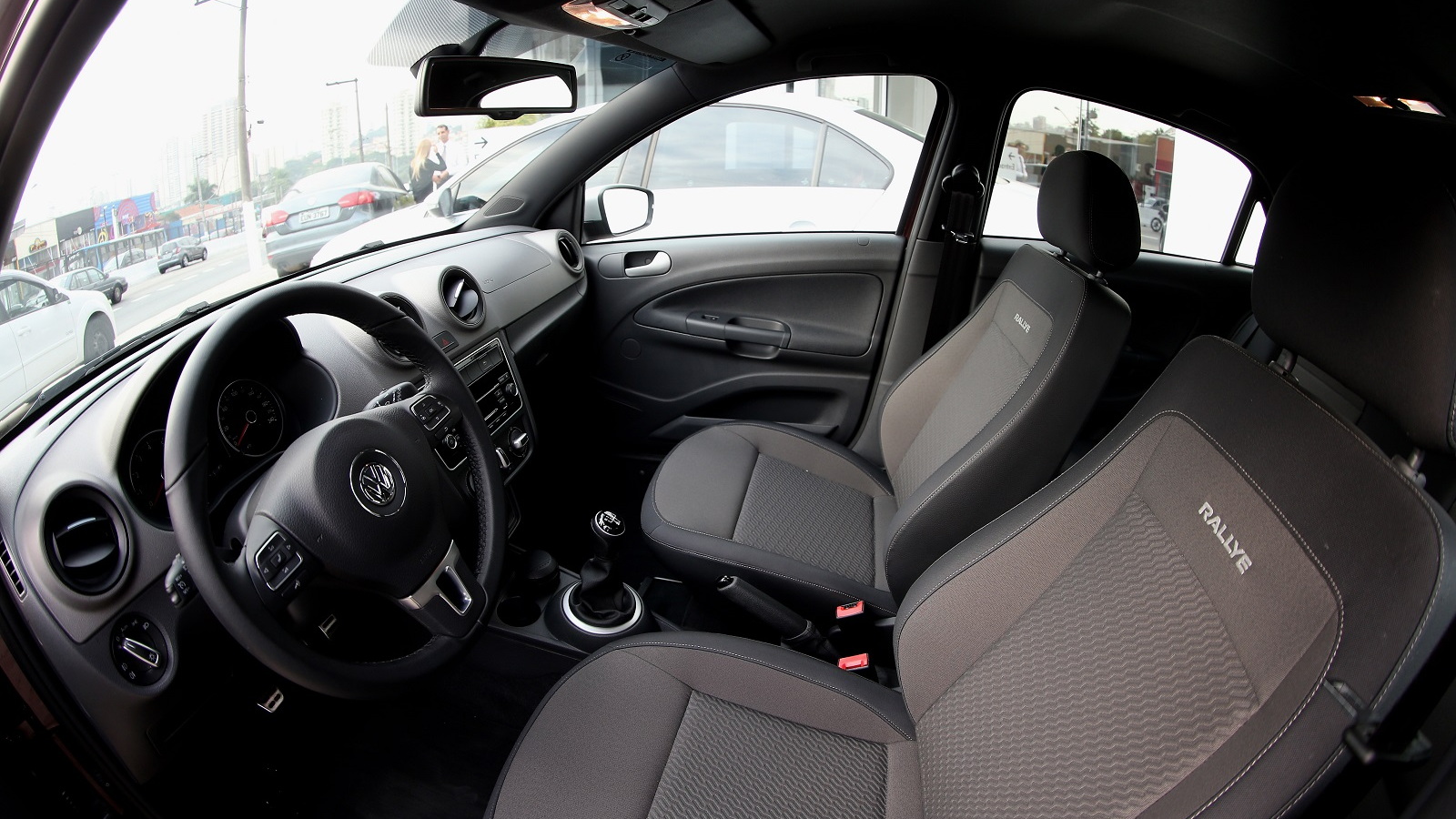 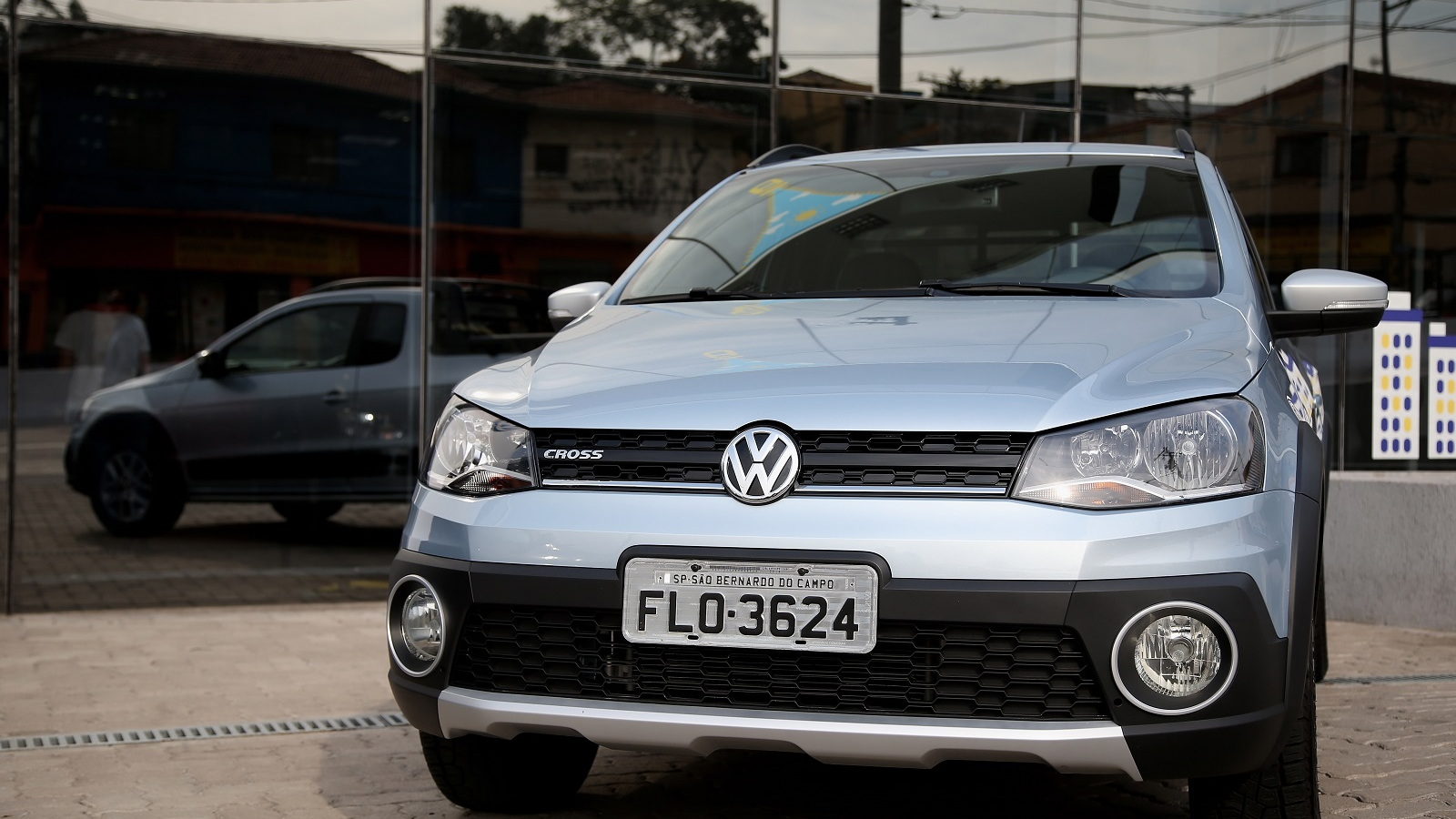 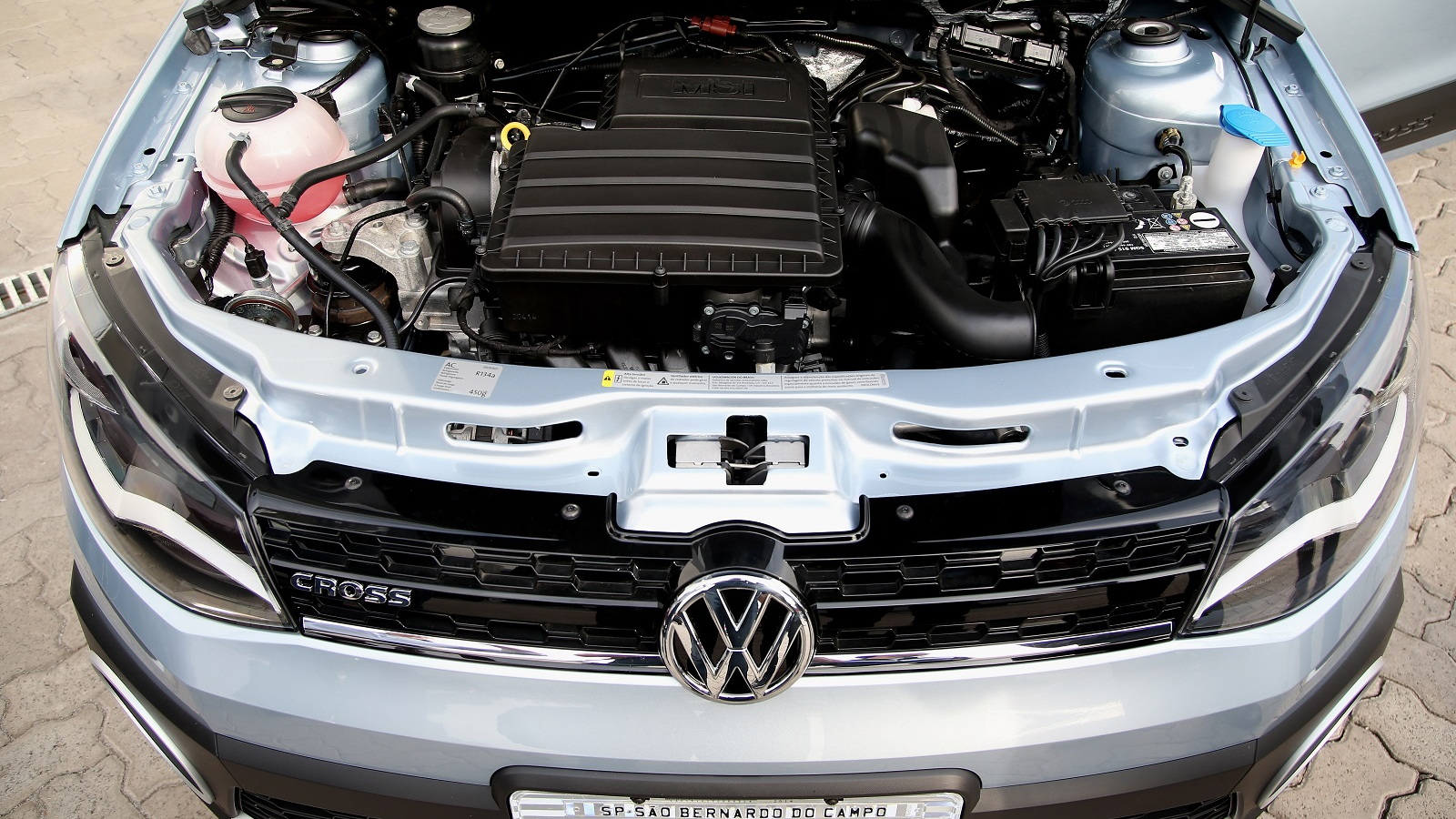 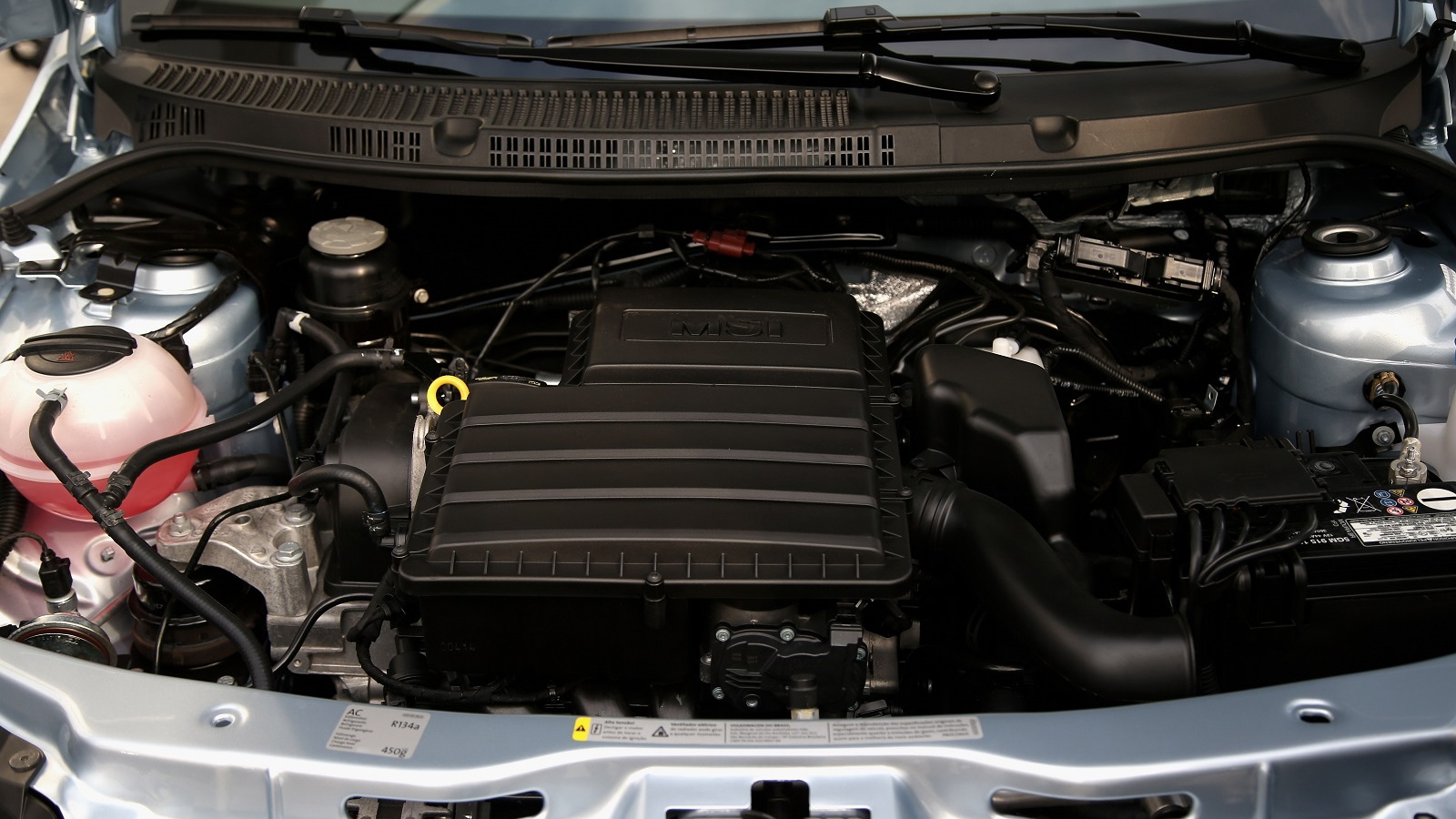 What’s it like to drive on pure ethanol, known as E100, without a drop of gasoline in the car?

In the case of the Brazilian Volkswagen Gol, it’s quite unremarkable.

VW was the first carmaker to offer vehicles with flex-fuel capability in Brazil, starting in early 2003. Now, every engine it builds in Brazil comes standard with the ability to burn ethanol (E100), the gasoline-ethanol blend sold as “petrol”—which contains 78 percent gasoline and 22 percent ethanol—or any mix of the two.

That means Volkswagen's highest-volume models in Brazil can use either fuel or both. They include the Gol (not Golf!) subcompact family, the slightly smaller Fox, the Brazilian version of the Up minicar, and the new Golf compact, all assembled in Brazil and powered by engines built in the country.

Only more expensive VW models (or higher-performance engines) imported from factories in other countries lack the flex-fuel feature, including the Jetta, Tiguan, and Passat.

Brazil has worked to turn homegrown sugar cane into vehicle fuel since the mid-1970s, following the first oil crisis in 1973. Back in the days of carbureted engines, the early ethanol cars ran solely on E100, without the gasoline alternative--and did not have a good reputation for performance or smooth running.

The country did raise the proportion of ethanol in its standard gasoline, however. Its current 22 percent ethanol blend (it actually varies from 20 to 24 percent depending on the sugar crop each year) uses more than twice as much of the biofuel as U.S. gasoline, which is universally up to E10 and which the EPA is hoping to raise to E15.

Ethanol is viewed as a carbon-neutral fuel, since the feedstock--whether corn, sugar cane, or any other plant--absorbs carbon dioxide from the air, offsetting the carbon emitted during combustion.

The Gol (it means “goal” in Portugese), which U.S. buyers would consider a subcompact, is a five-door hatchback.

Two other body styles share its underpinnings and engine options: The Voyage is a four-door sedan, and the Saveiro is a small pickup truck, offered in standard or extended-cab versions.

We drove a Gol Rallye—a sporty, high-end trim level—and a Saveiro Cross, the pickup truck with extended cab that also sports a higher ride height, rubber fender lips, plastic side cladding, and other tough off-road stylistic touches. It doesn’t have all-wheel drive, but the look is popular nonetheless.

Both of our test vehicles had the more powerful of the two engines offered in the Gol family, a 1.6-liter fuel-injected four-cylinder that produces 102 horsepower (76 kW) on ethanol and 99 hp (74 kW) on gasoline. It is part of Volkswagen’s EA111 engine family.

The other engine offered in the Gol family, which we did not test-drive, is the same 1.0-liter three-cylinder used in the Volkswagen Up minicar we tested—but adapted for Brazilian production.

Known in Brazil as the TEC (Tecnologia para Economia de combustível), it produces 75 hp (56 kW) on ethanol and 71 hp (53 kW) on gasoline.

Each engine comes standard with a five-speed manual gearbox driving the front wheels. An automatic sequential gearbox, or dual-clutch transmission, which we did not test, is an option on the larger engine. A BlueMotion package that includes low-rolling-resistance tires and a shift-reminder light can improve fuel economy up to 8 percent.

Both engines fitted to the Gol come standard with what Volkswagen calls TotalFlex technology, which includes rubber and plastic components hardened to resist deterioration from the pure alcohol fuel, and—as of 2012—a new way of combating ethanol’s reluctance to start in very cold weather.

When Volkswagen first launched the flex-fuel Gol in 2003, it carried a very small ancillary gasoline tank—just 0.7 liters, or less than one-fifth of a gallon. In very cold temperatures, if the main fuel tank contained ethanol, the engine would start itself on gasoline before switching over to the ethanol. (Converters who adapt older diesel engines to burn recycled fryer grease do the same thing, using a small tank of conventional diesel fuel for cold starts.)

This was a way of getting around ethanol’s notoriously hard cold-starting capabilities before the engine and fuel have warmed up.

The challenge was that owners would sometimes forget to fill the tiny gasoline tank—and if they ran out altogether, they would be reminded when their car became reluctant to start during cold winter months.

Now VW has been able to eliminate that ancillary gasoline tank, by building a heating element directly into the fuel-injection rail. In cold weather, as soon as the driver’s door opens, the car uses battery energy to heat up the element even before the driver sits down, fastens the seat belt, and turns the key. Owners of the new models hear only a slight humming sound.

On the road, the latest versions of the Gol and Saveiro drive just like any gasoline car. This shouldn’t be a surprise, but it will reassure Brazilians who remember the country’s first round of all-ethanol cars from the 1980s—which were notoriously underpowered and sometimes temperamental. The current Gol can discern what fuel is coming into the engine and adjust its combustion programming accordingly.

Two lambda sensors in the exhaust system—one before the catalytic converter, one after—continuously monitor the oxygen content of the exhaust. Their input lets the engine-control system choose one of roughly 2,000 different combustion maps to optimize power, smoothness, and fuel efficiency. And the car “remembers” what fuel it has in its tank, so it effectively resets its engine programming after each fill-up.

It takes the car 2 or 3 seconds after a fillup to adjust itself, VW executives said, but while the engine may not be operating at maximum power or efficiency during that short period, drivers likely won’t notice any difference.

Executives from VW do Brasil didn’t discuss the added cost of such a system. It was developed cooperatively by engineers in Brazil and VW headquarters in Munich and those from supplier Bosch, which makes the port fuel-injection system.

The Gol itself seemed the perfect size for the crowded roads and unpredictable traffic of Sao Paulo, where we drove the two models for more than half an hour.

It's quick enough to keep up with traffic when driven hard, the shift quality is good, the brakes are good (as we found out a couple of times in close-combat Sao Paulo traffic), and it provides lots of feedback to the driver while offering modern levels of noise suppression, especially a low speeds.

The VW Gol was a little louder at highway speeds than we expected, but many of the cars spend relatively little time at high speeds, earning their keep in crowded city traffic or more rural areas of the country.

Like the Volkswagen Up minicar we enjoyed so much two years ago, the Gol isn't designed for sale in North America.

DON'T MISS: Volkswagen Up: The Coolest High-MPG Small Car We Can't Have

It has only two airbags, it's missing various U.S. standard features (e.g. chimes to indicate the driver's seat belt isn't fastened), and it might not earn the top scores on U.S. crash-safety tests conducted by the National Highway Traffic Safety Administration and the Insurance Institute for Highway Safety.

Still, while the Gol hatchback is slightly more compact than the company’s Polo model (also not sold in the States), but it’s capable of fitting four adults—five at a stretch, if they’re friendly—and has enough cargo volume behind the rear seat to hold a large suitcase or many bags of groceries.

Cars in Brazil get hard use, and the Gol family is designed to handle a variety of duties, from hauling agricultural goods in the Saveiro to taxi service in the Voyage sedan.

The flex-fuel capability lets owner the chance select among two fuels every time they fuel up. But the calculations require some thought.

But the ethanol only delivers 70% of the miles of E22 gasoline--at least that's the rule of thumb Brazilians use--because its energy content is lower.

So can you do the math in your head to work out which fuel gives you more distance for your money?

Brazilian drivers can, and do--every time they fill up.

(The answer is that ethanol would have to be as low as $3.60 a gallon to equal the miles delivered by gasoline--so last weekend, gasoline was a slightly better value.)

Ethanol fueling infrastructure varies across the country, with the highest number of ethanol pumps in the states around Sao Paulo, closest to where fuel is refined from locally grown sugar cane.

It's important to note that Volkswagen is far from the only company selling flex-fuel cars in Brazil. Fiat, Renault, and others, offer the feature on a variety of small, locally-built hatchback, sedan, and pickup models as well.