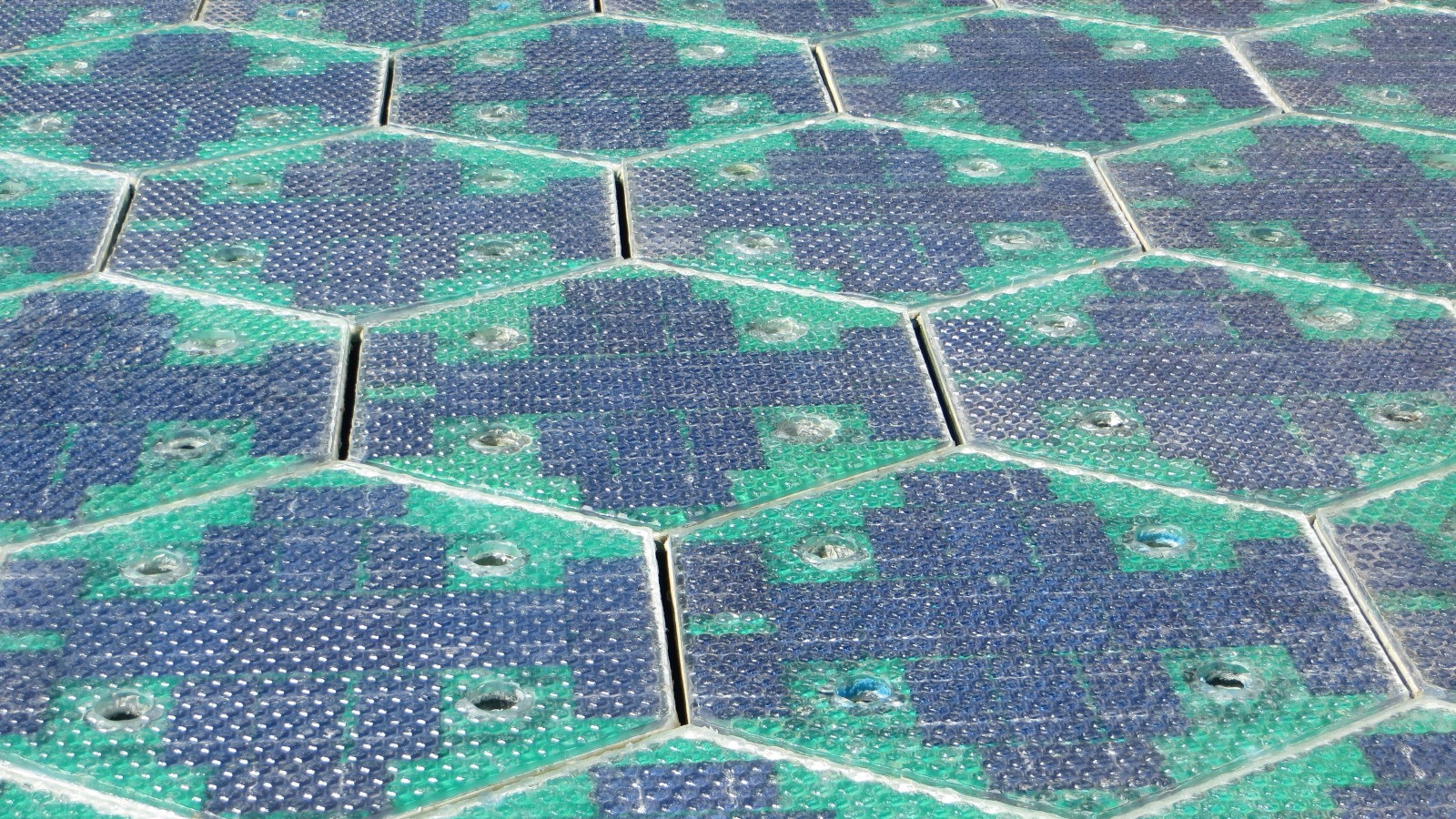 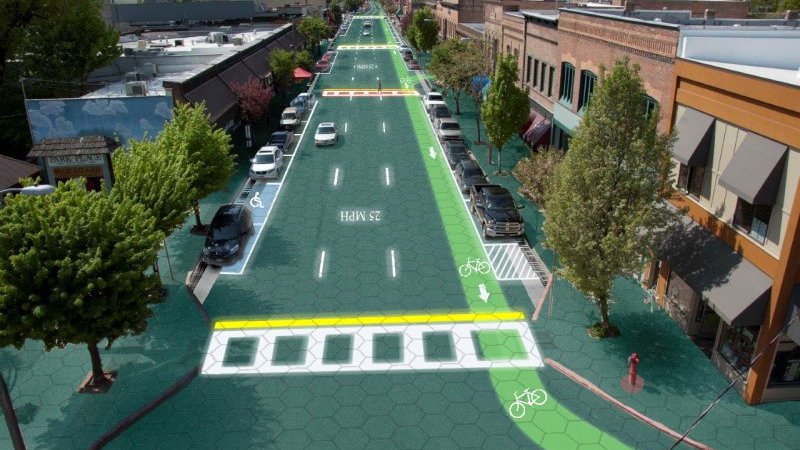 6
photos
If there's one big problem with centralized solar power facilities it's that finding the space to build them is quite difficult.

But what if you could take existing infrastructure and put it to other uses?

Idaho-based Solar Roadways aims to do just that, and is crowdfunding a project to manufacture its interlocking solar panels on a wider scale--with the ambitious (but laudable) aim to meet our future power needs, charging electric cars, and even homes, using our roads.

Before you even get to the product's application, the product itself is rather fascinating, comprising hexagonal glass tiles that act as a solar panel and computer all in one.

Glass doesn't seem a natural fit for a product that's designed to be driven on, but Solar Roadway founders Scott and Julie Brusaw have come up with a design and construction that stands up to the rigors of use--passing traction, load testing and impact resistance testing without issue.

MORE: Solar Roads: Is The Future Of Energy Under Our Feet?

To prove it, Solar Roadways has produced a video of a tractor being driven over its solar panels--without any nasty cracking sounds...

Each panel contains a layout of photovoltaic panels--currently covering around two thirds of the tile, with the eventual aim of 100 percent coverage--and is laced with microprocessors.

These allow for "smart" panels, that relay information as well as generating energy. Combined with a patchwork of LED units, the panels have nearly limitless potential as far as road markings go--from denoting lanes to active, real-time arrows, words and signals.

A thin mesh of heating elements is also buried within the tile, keeping them snow-free--beneficial for both generation purposes, and keeping road surfaces safe in winter.

The Brusaws have just unveiled their second-generation prototype, in the form of a solar parking lot. 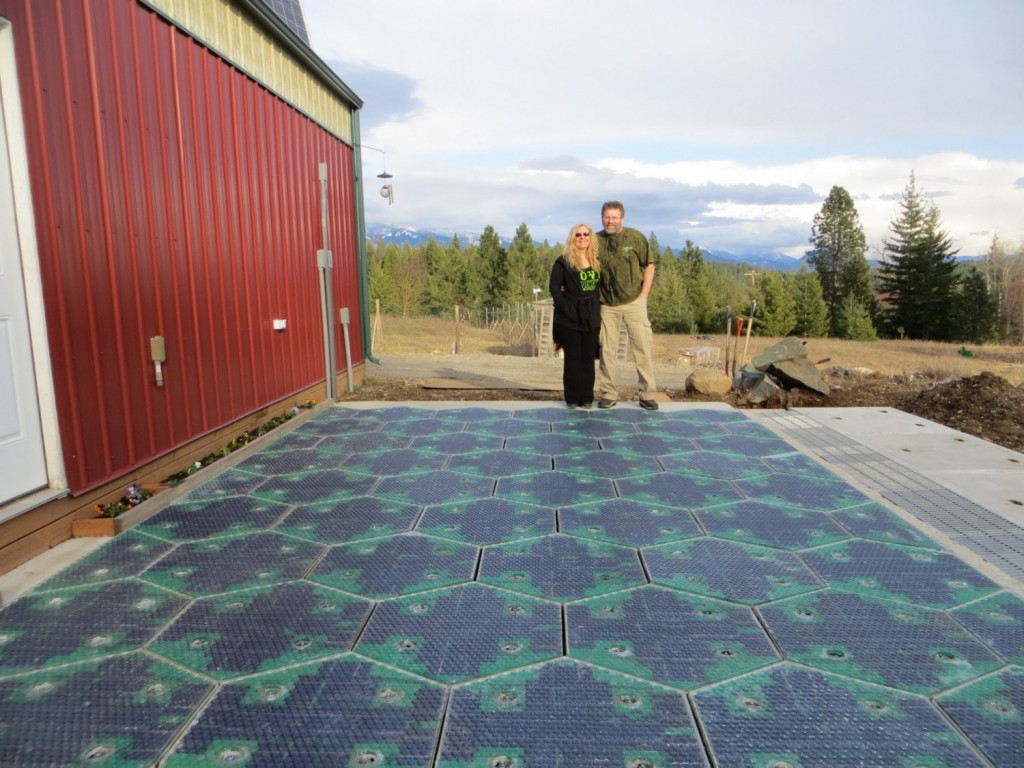 It still needs work--Solar Roadways intends to cover the mounting holes for each tile, fill gaps between the panels and come up with a software system for controlling the LEDs.

The parking lot prototype also shows the couple's realism with the task at hand. It's wildly unfeasible that roadways will generate solar energy in the short term, and possibly even for decades and decades to come.

But by starting small--with driveways, bike paths, patios, sidewalks, parking lots, playgrounds, as Solar Roadways puts it--the concept can be tested thoroughly before its application on a larger scale.

MORE: What A Really Gigantic Solar Power Plant Looks Like

The potential for parking lots in particular could be great, allowing them to go "off-grid" yet provide enough power for future electric vehicle demands. After that, Solar Roadways suggests its product could be used on quiet, residential roads--before a future move to highways.

The concept has currently raised $170,000 with 17 days to go--and Indiegogo's flexible funding plan means the company will be able to use any funds it generates to work on the project.

A nationwide--or worldwide--network of solar-powered roads is a long way off. But if Solar Roadways' panels prove successful on a smaller scale, solar sidewalks or parking lots may not be far off.