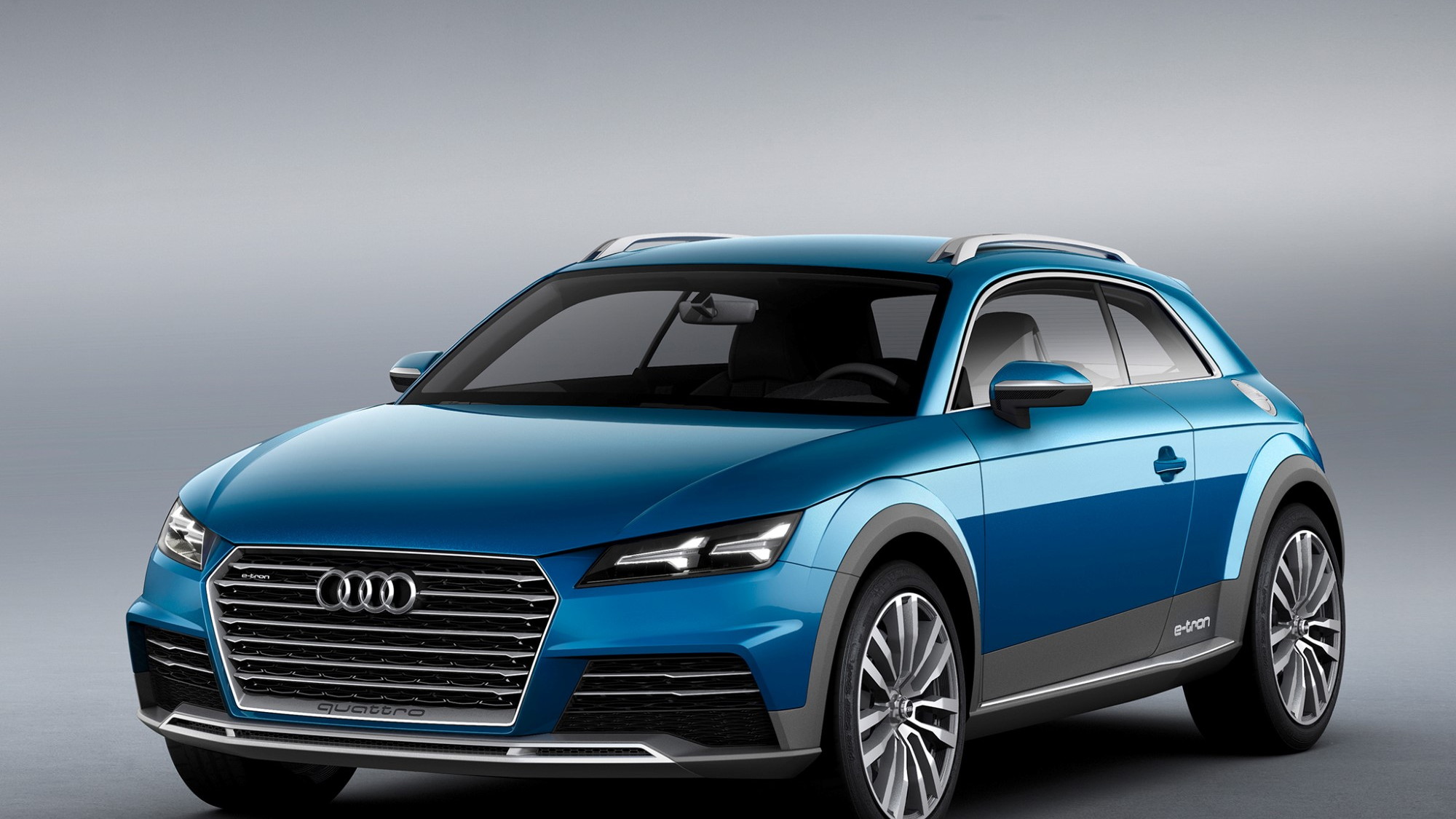 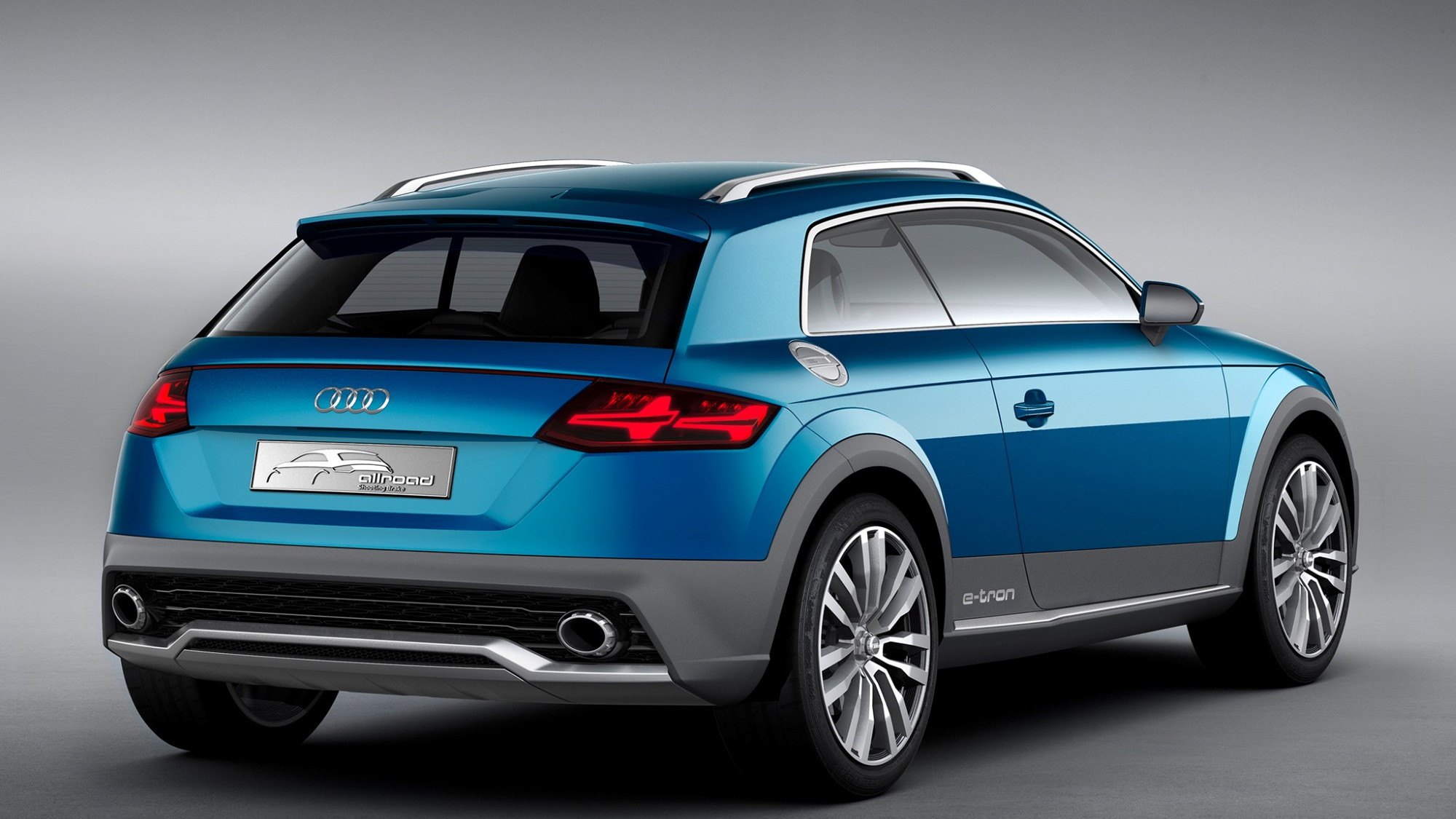 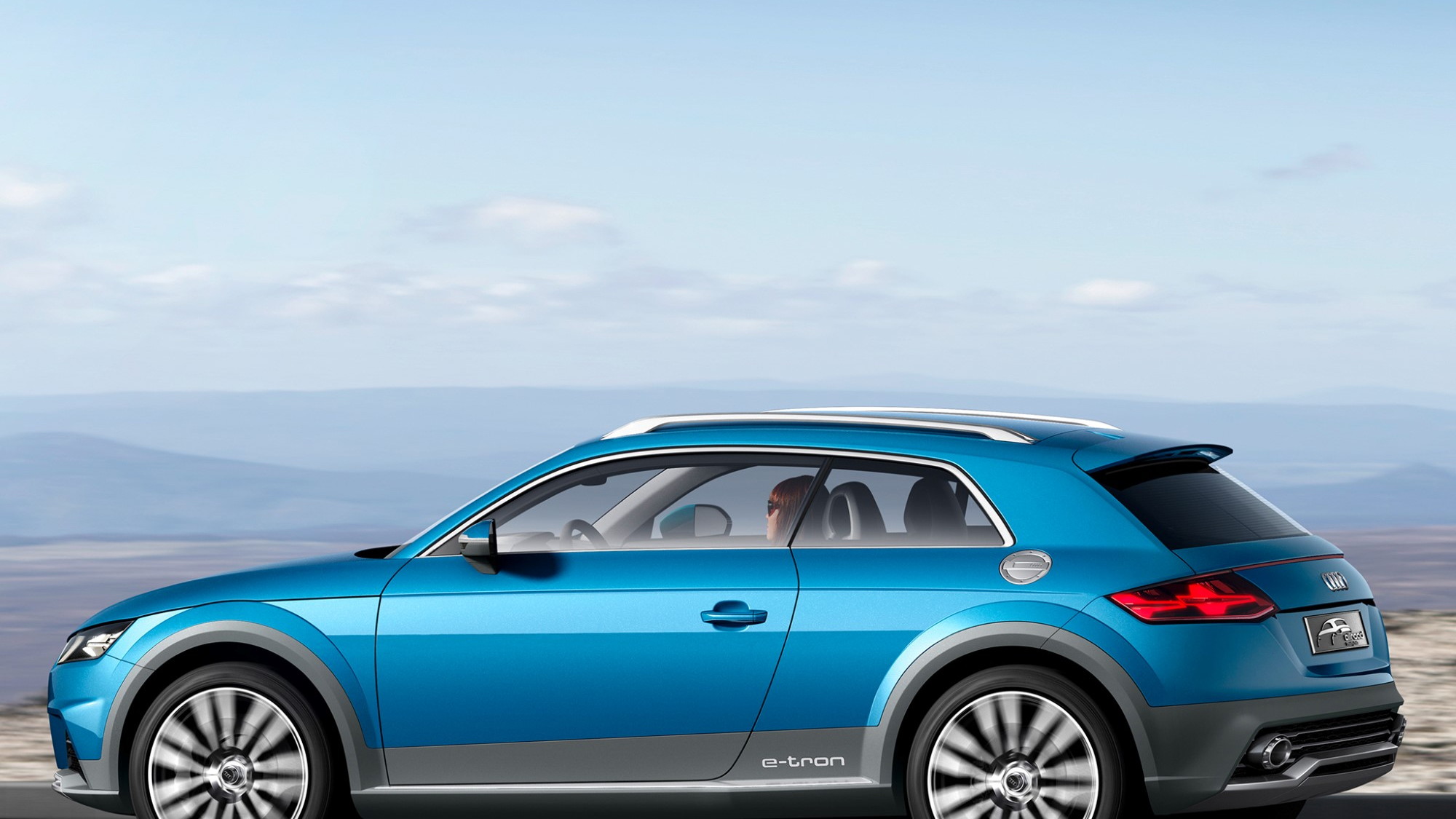 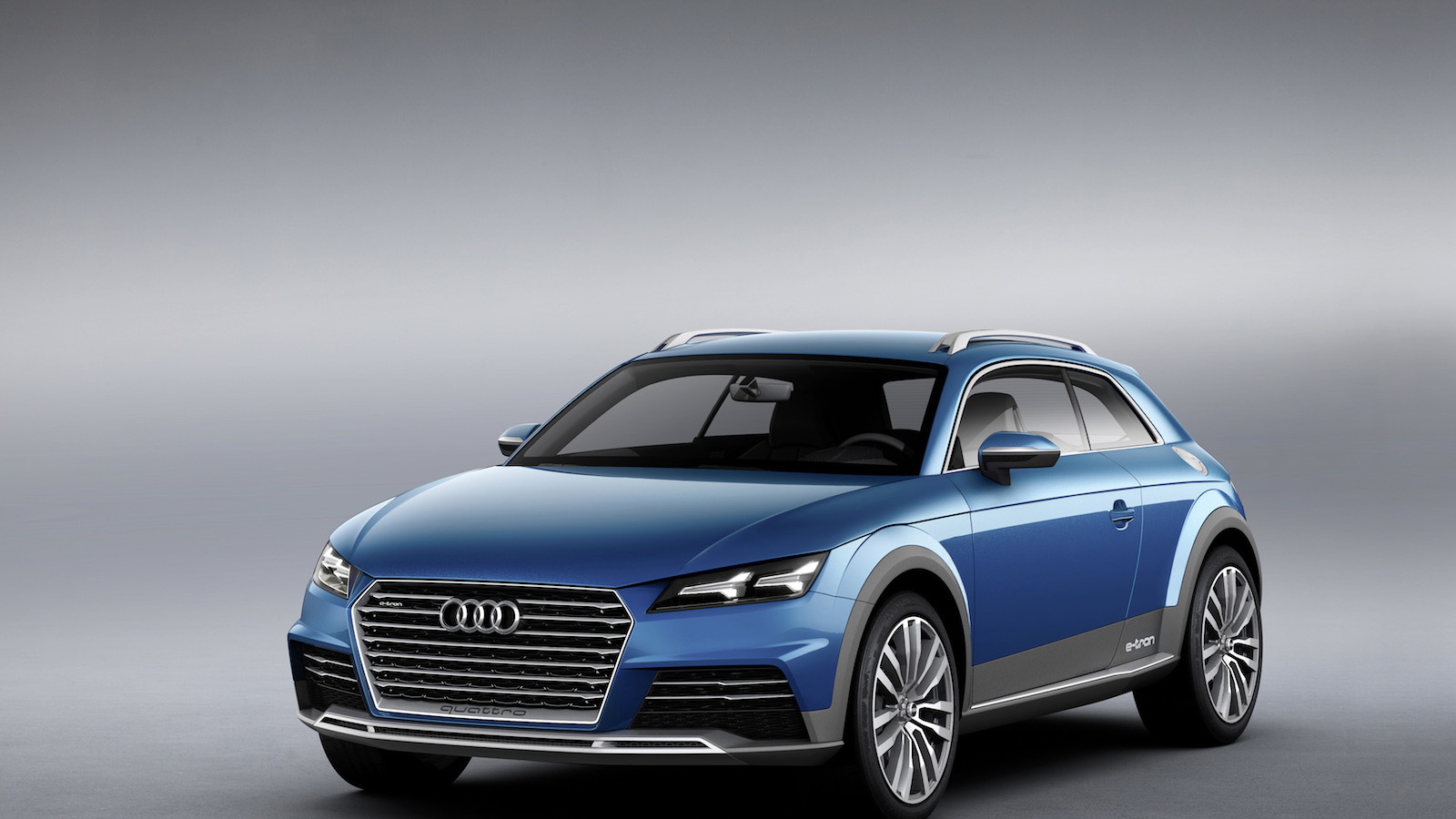 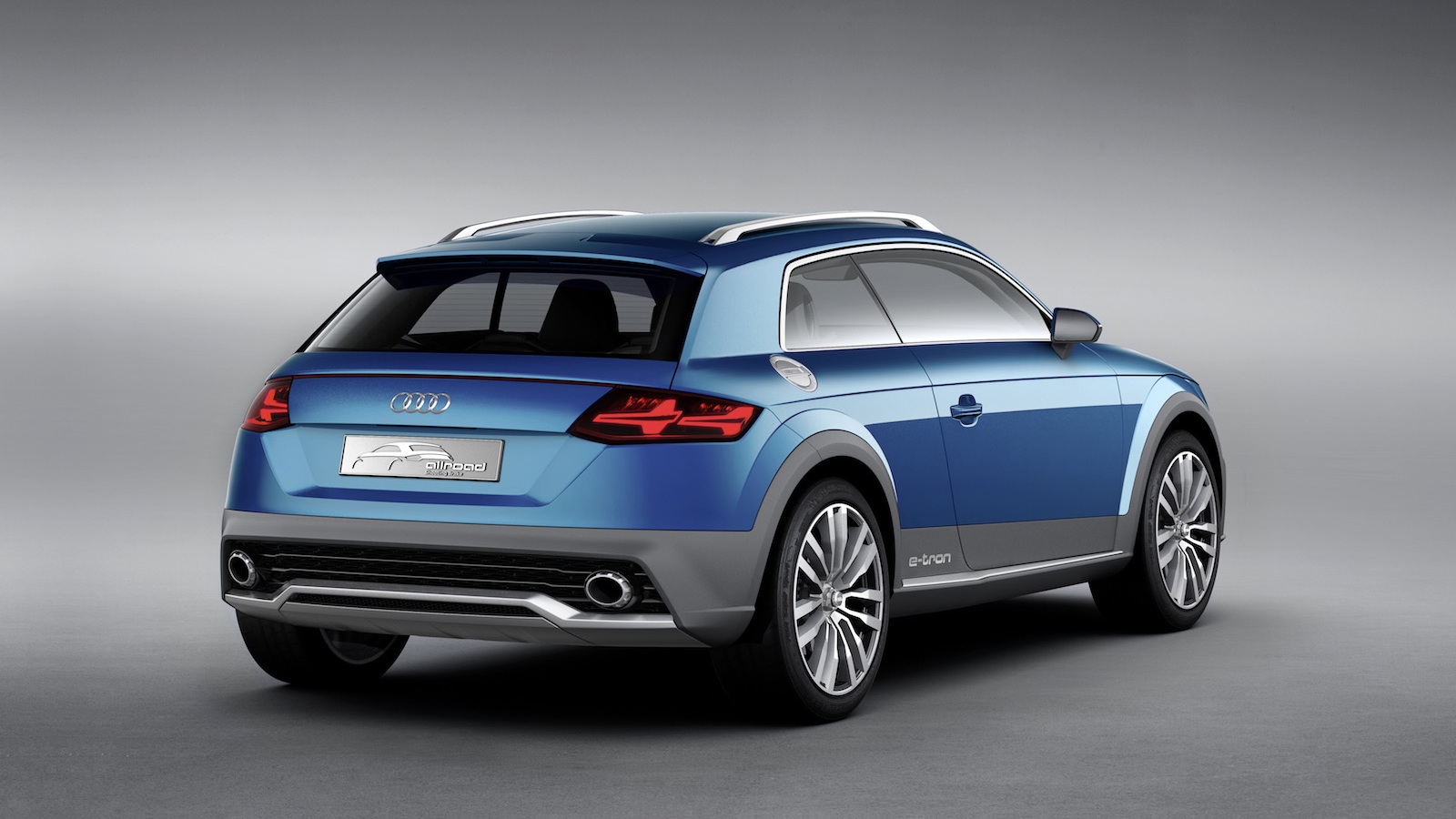 8
photos
Audi has a plug-in hybrid concept vehicle for most months of the year, and January's, on show at the Detroit Auto Show, is the Audi Allroad Shooting Brake concept.

From the car's moniker alone you can deduce most of it's key attributes.

"Shooting Brake" is this decade's buzzword for a marginally extended hatchback, which explains the long two-door format, and the hatchback itself, though it does lack the length you'd expect of a true wagon-like shooting brake.

"Concept" means most of the details you see here will eventually reach production models. And "Audi" means that when they do, you'll be able to inspect them closely through your rearview mirror, while the driver sits inches from your rear bumper.

There's certainly the performance to do so, since the Allroad Shooting Brake uses a 2.0-liter TFSI turbocharged gasoline engine and twin electric motor hybrid setup.

The engine sits up front and power is aided by a disc-shaped motor between it and the six speed e-S-tronic transmission.

The second motor is mounted to the rear axle and deals with most of the low-speed driving requirements--fairly easily, we suspect, with 199 lb-ft of torque.

Combined they generate a healthy 408 PS, or 402 horsepower. 288 of those horses are supplied by the engine, the rest is split between the two motors. There's a thumping 479 pounds-feet of torque too and plenty of traction from the e-quattro all-wheel drive setup.

The key figures are 0-62 mph in 4.6 and 155 mph. For more relevant figures, you'll be looking to the car's combined economy--124 mpg on the European combined cycle, with CO2 emissions of just 45 g/km.

As ever, we'd advise you take those numbers with a pinch of salt--the car's 31 miles of all electric range (on an 8.8 kWh lithium-ion battery) is largely responsible for this figure, though the car does attain a claimed 510 miles overall, combining gasoline and electric power. The Allroad has the usual sport and eco modes, as well as a hold mode to save electric power for when it's really needed--city driving.

In common with previous Audi concepts and indeed the firm's production plug-in, the Audi A3 e-tron, a dedicated Audi wall box would be supplied for charging purposes.

Press and public alike will get their first glimpse of the Allroad Shooting Brake at the 2014 Detroit Auto Show--and you can keep up with all the details via our Detroit show page.