What's the most electric cars you've ever seen in one place?

Next month, the National Advanced Transportation Center--a Canadian electric-car advocacy organization--will attempt to break the Guinness World Record for the largest electric-vehicle parade, according to Time to Electrify.

The rally will take place April 18 at the Circuit Gilles-Villeneuve Formula One race track. Participants can register at the event website. 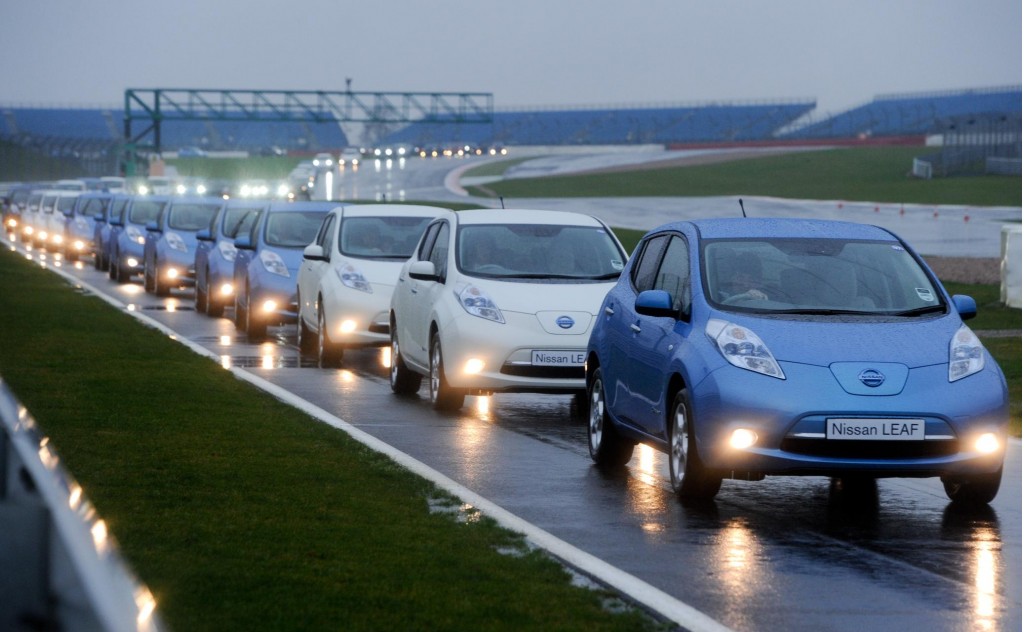 The current record of 305 cars was set in Zurich last year. Organizers of the Montreal rally hope to attract 350 to 500 electric cars to make a solid claim on the title.

Since the record is for an electric-vehicle parade, all participating cars have to move to be counted. The record also presumably applies to battery-electric vehicles only, not plug-in hybrids or cars with range-extending internal-combustion engines.

While it's unclear if there are enough electric cars within range of Montreal to bring that record to North America, it won't be the first attempt to set an electric-vehicle world record on this side of the Atlantic.

Last July, the Ride The Future Tour set out from Charleston, South Carolina, on a 3,745-mile, 44-day trip across the U.S. to Google's headquarters at Charleston Park in Mountain View, California.

Finishers included A2B and Zero motorcycles, two Zenon scooters, and a Nissan Leaf. However, it doesn't appear that any of those records attempts were recognized by Guinness.

Neither will the Montreal gathering be, if too few cars show up.

If you own an electric car, and can get it to Montreal on April 18, consider making the trip.