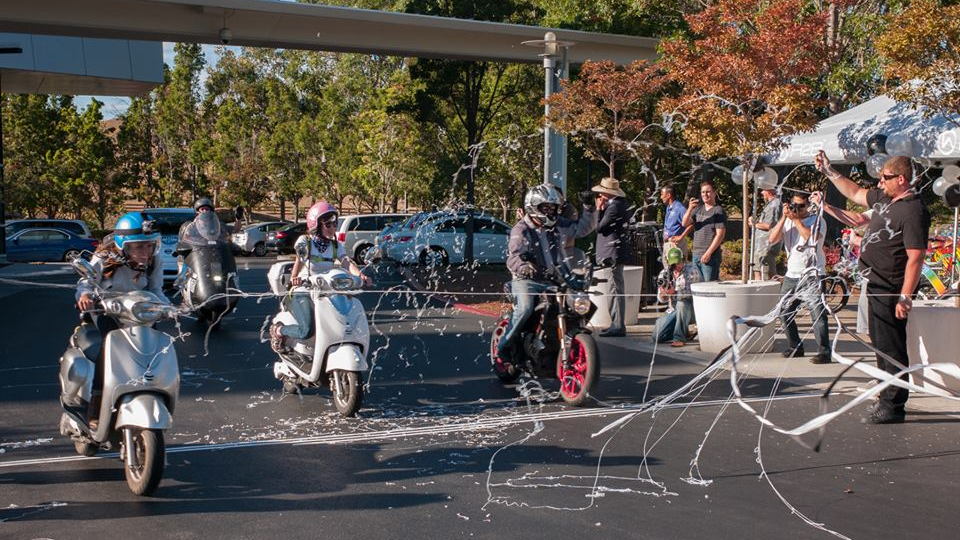 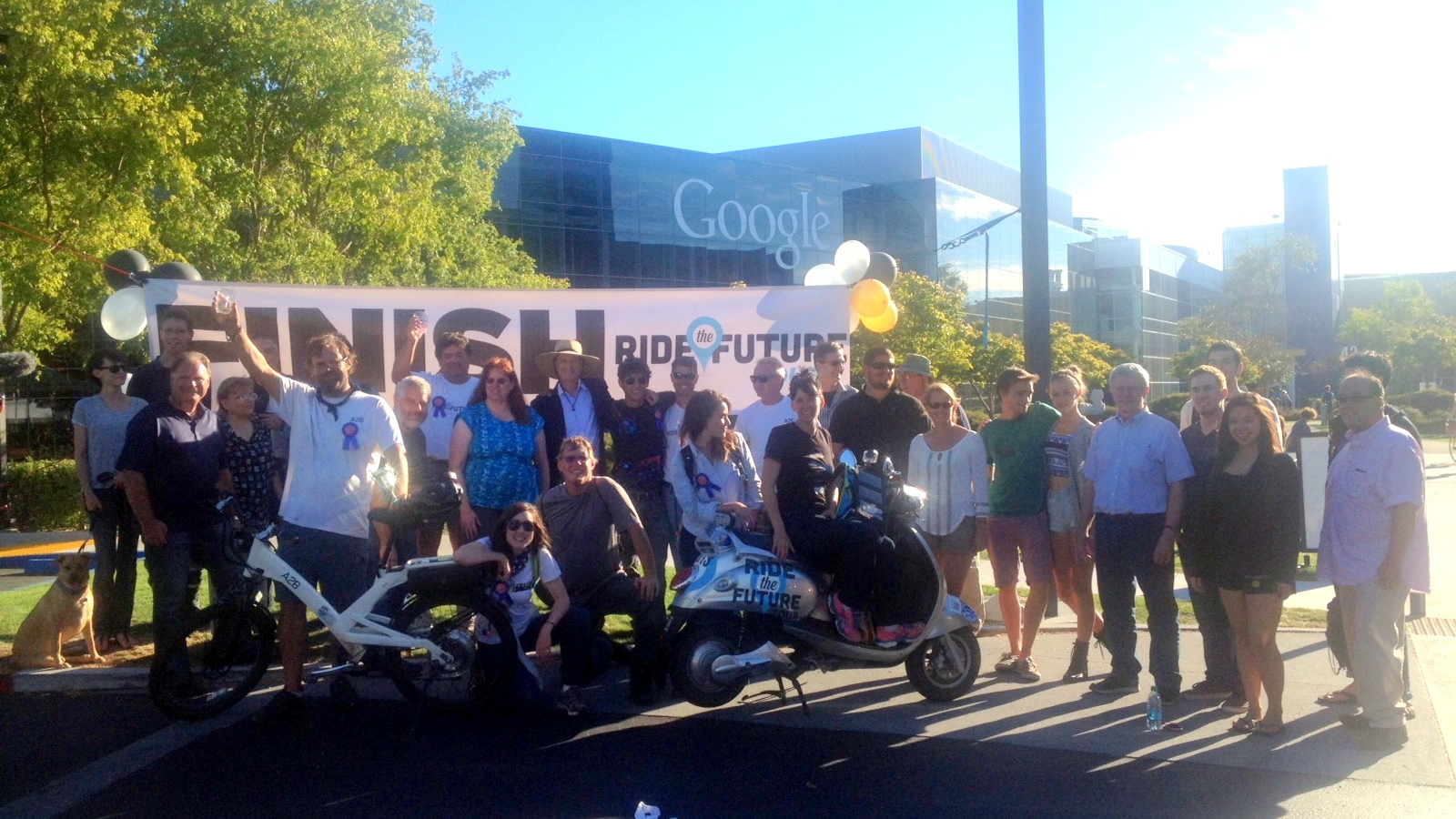 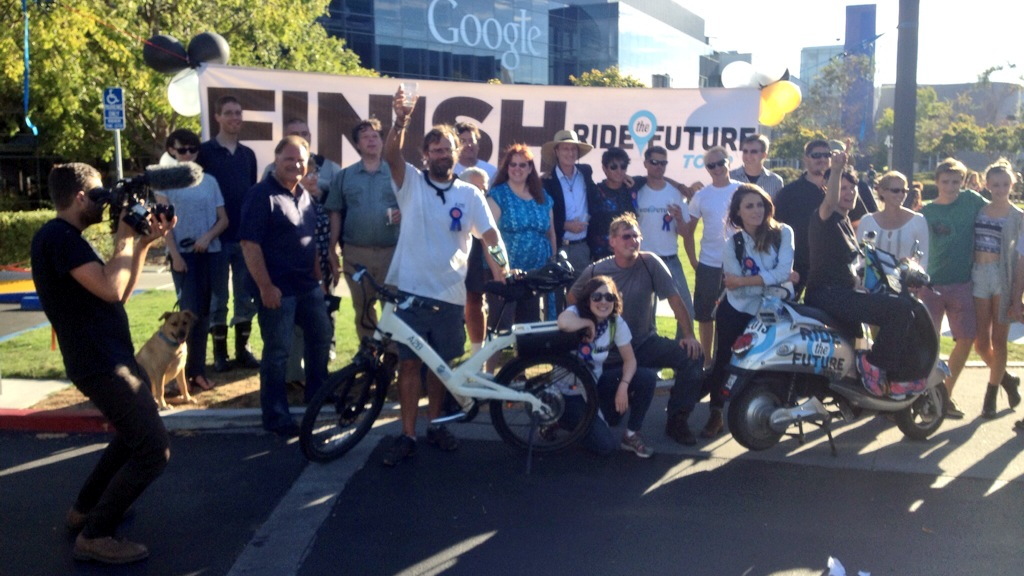 After more than 3,000 miles, 44 cities and some new Guinness World Records, 12 riders have finally completed their electric Ride The Future vehicle tour across the U.S.

The group pulled into Charleston Park in Mountain View, California--home of Google and the Google Campus--after completing 3,745 miles on a coast-to-coast ride using Google Maps for navigation.

The finish line was appropriate for more than just navigation reasons--as 44 days earlier, the group had started from another Charleston--that in South Carolina.

Finishers included an A2B bike, two Xenon Scooters, a Zero Motorcycle, and Nissan Leaf, and as the brief teaser video above shows, the entire event was filmed--to be included in a documentary on the need to move towards a cleaner future.

Weather conditions varied on route, with some of the scenes suggesting the journey was significantly more comfortable for the Leaf's drivers than it was for those on scooters--but all were greeted by beautiful sunshine at Google HQ in California.

With vehicles like the Xenon scooter needing a recharge every 50-55 miles or so, stops to charge were frequent. As we've come to expect on these sort of trips though, every stop is another opportunity to educate others on the benefits of electric vehicles. A2B bikes even provided extra electric bicycles for those wishing to join the main protagonists on individual legs of the journey.

One of those on the journey was Green Car Reports contributor Ben Rich, who recently wrote about his experiences of his 2012 Zero S electric motorcycle--capable of nearer 100 miles per charge.

There's a fantastic step-by-step account of the journey on Ride The Future Tour's Facebook page, and we expect the final Guinness World Record confirmations will appear soon. Congratulations to everyone involved!