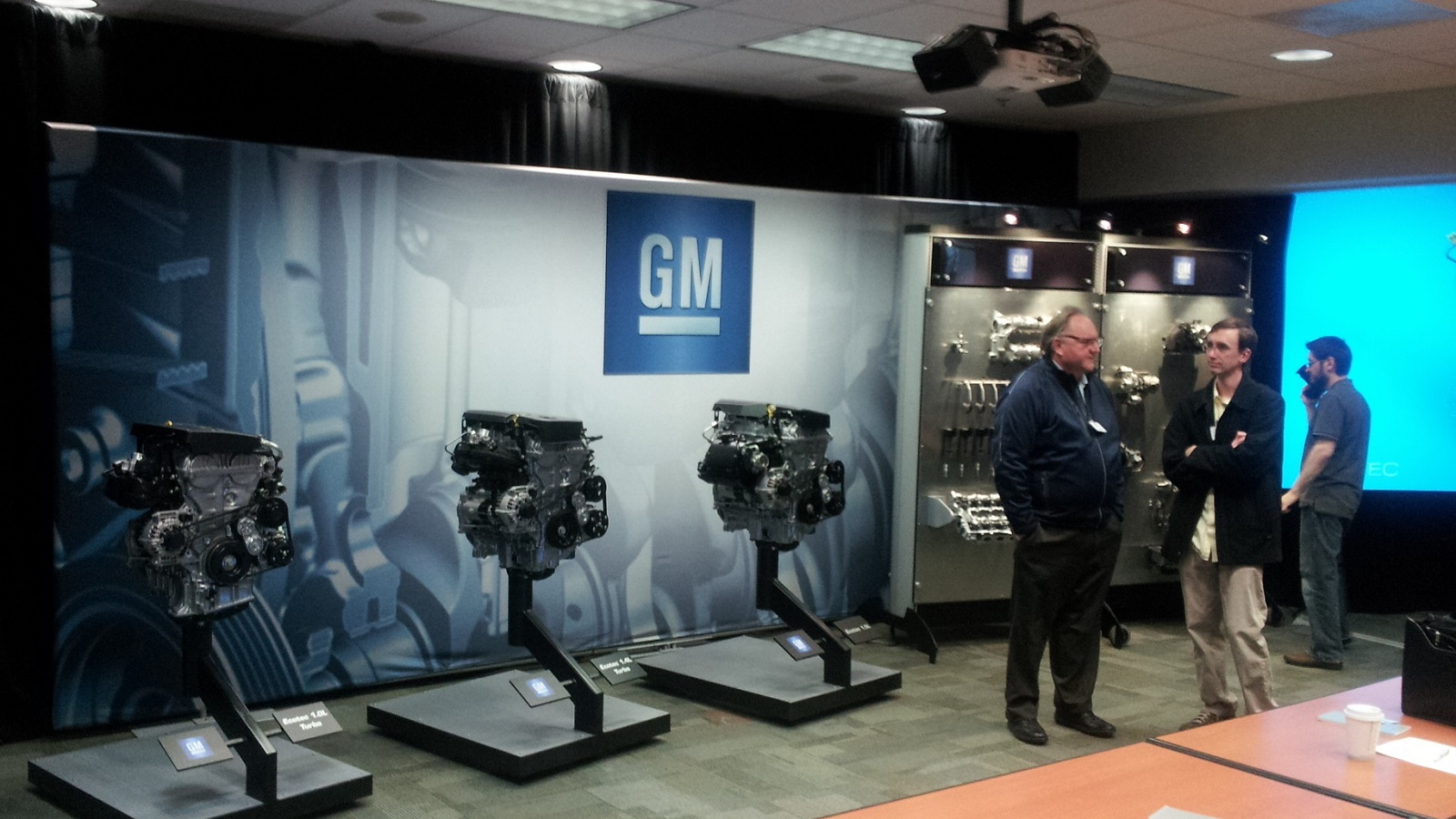 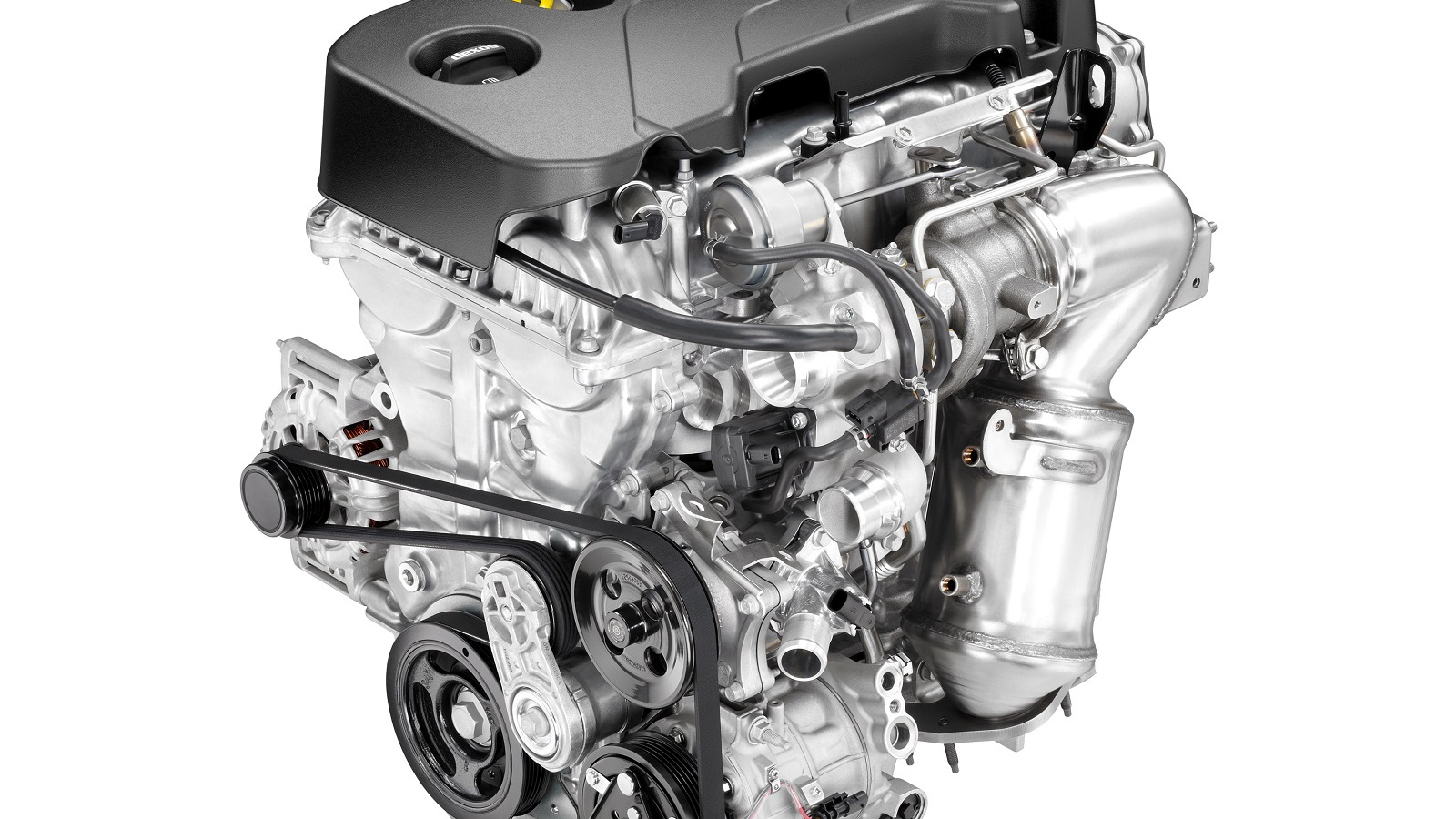 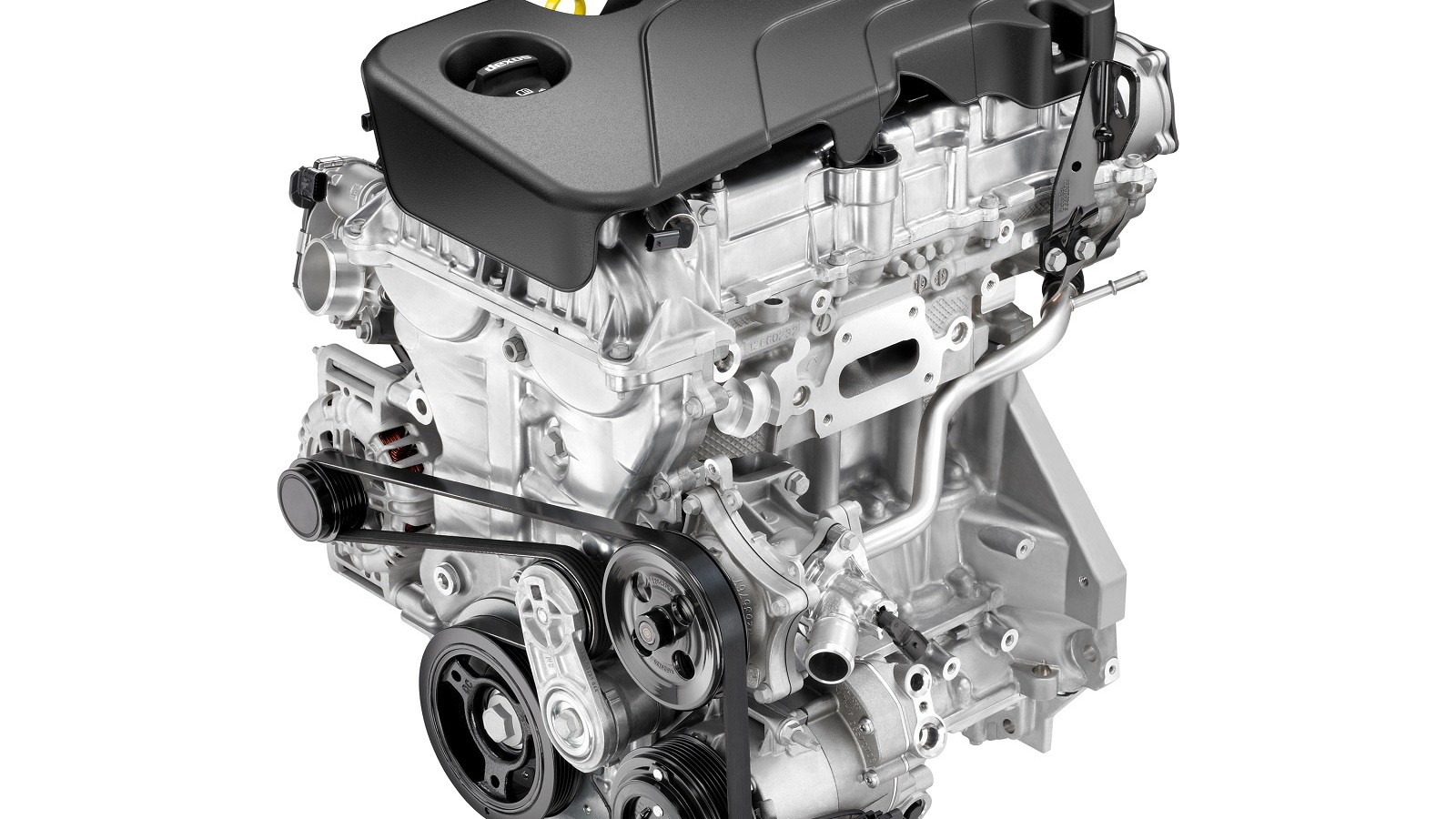 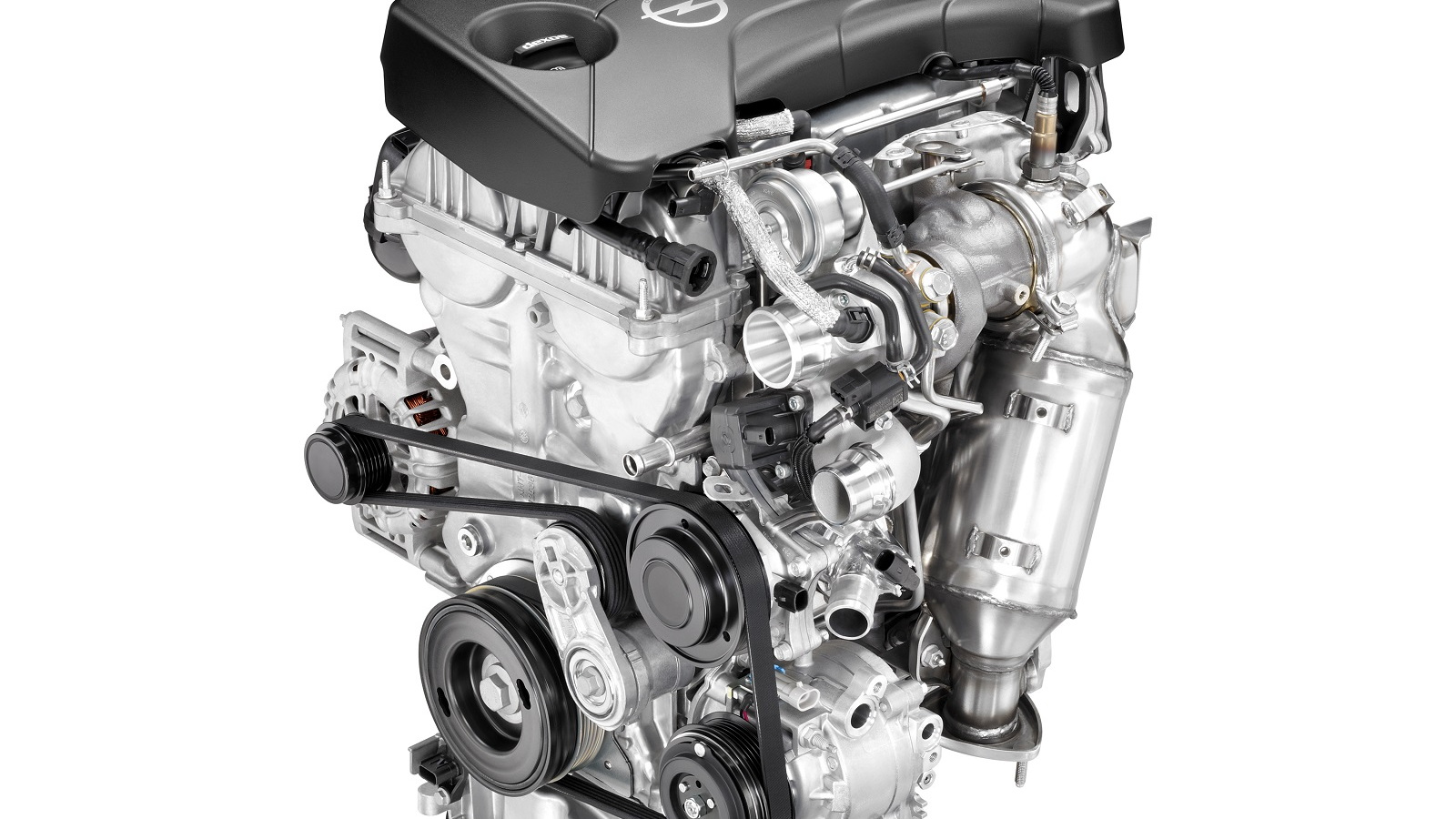 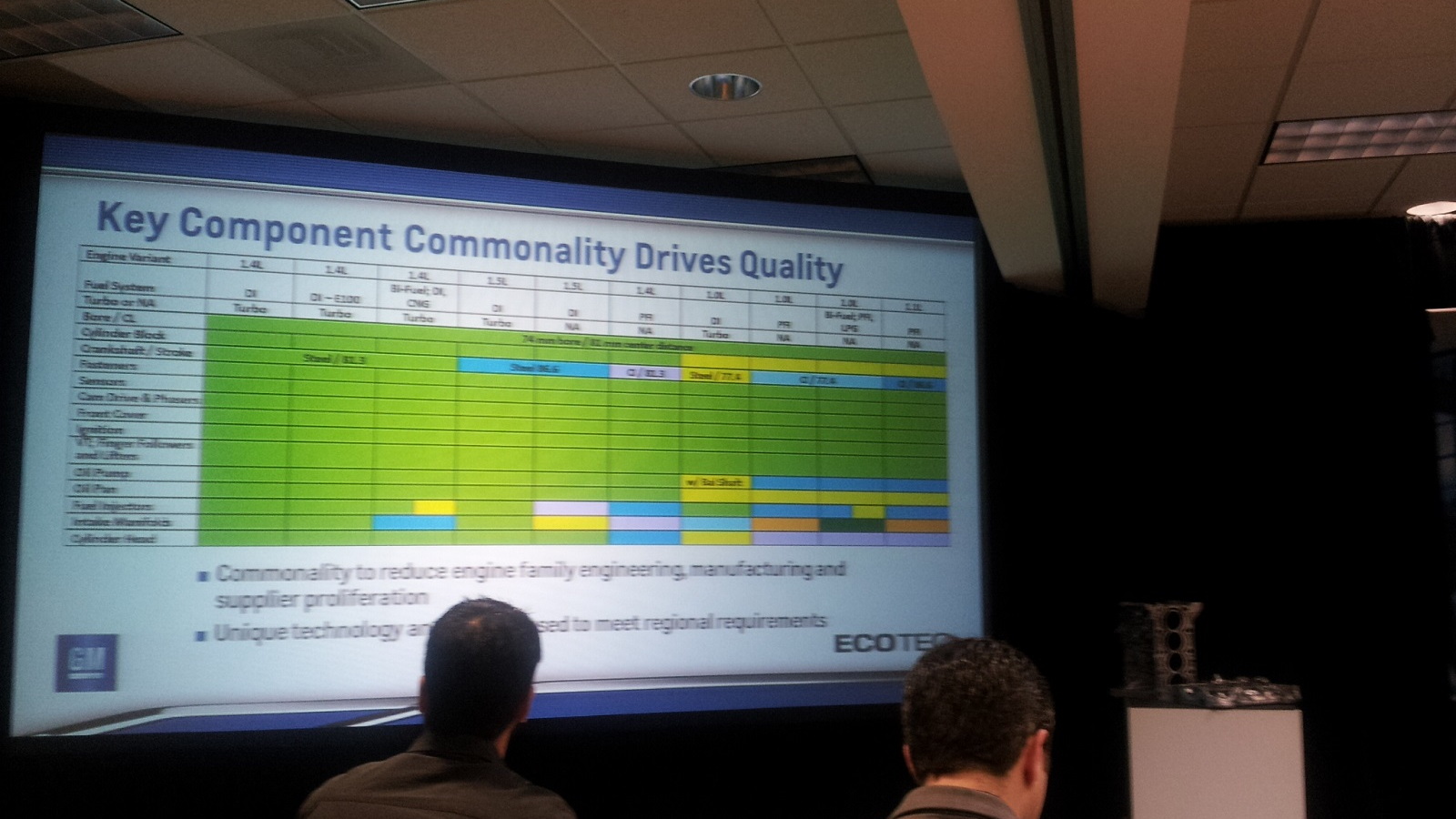 Yesterday's announcement by General Motors that it would launch a new line of three- and four-cylinder Ecotec engines for better fuel economy was short on some details.

Notably, the carmaker only gave two examples of future cars they would power--and even declined to identify the three existing engine lines that would be replaced by the new design.

But it's clear which companies and products it expects its new engines to face off against, especially in Europe: Volkswagen and Ford.

VW is now in the process of replacing a variety of older engines in its U.S. lineup with smaller, turbocharged gasoline models from its new global EA211 family of gasoline engines.

One of the main points GM made is that its new engines are quieter and more refined than competing new engines from other makers.

The GM engine, not surprisingly, was quieter and less raucous at both low and high loads --and GM also showed a sound-level graph to provide data backing it up.

While Volkswagen's EA211 were the most frequently mentioned competitors, Ford's 1.0-liter turbocharged EcoBoost three-cylinder also came in for its share of comparison.

General Motors engine designers noted that its three had a balance shaft that gave it the same sound and resonance as the four-cylinder model, whereas Ford's did not.

Our experience more than a year ago driving a prototype Ford Fiesta with the 1.0-liter three supports that point: The three has a difference sound and vibration, especially at idle, than four-cylinder engines in the same car.

Ford's EcoBoost three has been on sale in the U.S. since late last year, and there's talk that it may be offered in the redesigned 2015 Ford Focus as well.

Japanese and Korean competitors weren't mentioned during the presentation, perhaps not surprising given their lower sales numbers in Europe compared to those in North America.

Neither of the two cars GM confirmed to receive the new engines was a U.S. model: The European Opel Adam minicar and the redesigned Chevrolet Cruze compact sedan that will debut this year in China.

The company had said at the Geneva Auto Show this year that Adam would receive GM's new turbocharged 1.0-liter three, and Chevrolet confirmed yesterday that the Chinese new Cruze would get a 1.4-liter turbo four and a 1.5-liter naturally aspirated four from the new Ecotec line.

That redesigned Cruze will eventually be built in the States as well, and will undoubtedly be powered by the new engines as well. And odds are it will no longer have the loss-leader 1.8-liter four as a low-end option, as that engine line will most likely be decommissioned sooner or later.

By 2017, GM says, 11 different variants of the engine will be used in 27 different models from five brands globally. If we had to guess, we'd name Buick, Chevrolet, GMC, Opel, and Vauxhall--or, if you count Opel/Vauxhall as a single brand, perhaps a Chinese-market brand as well.

GM declined to say anything about either the hybrid version of the new Ecotec--though it admitted one would be included--or its use as a range extender.

It's widely expected that the new engine, which in its 1.4-liter turbo four iteration is 44 pounds lighter than the existing engine of the same capacity, will be used as a range extender in an updated version of the Chevrolet Volt electric car.