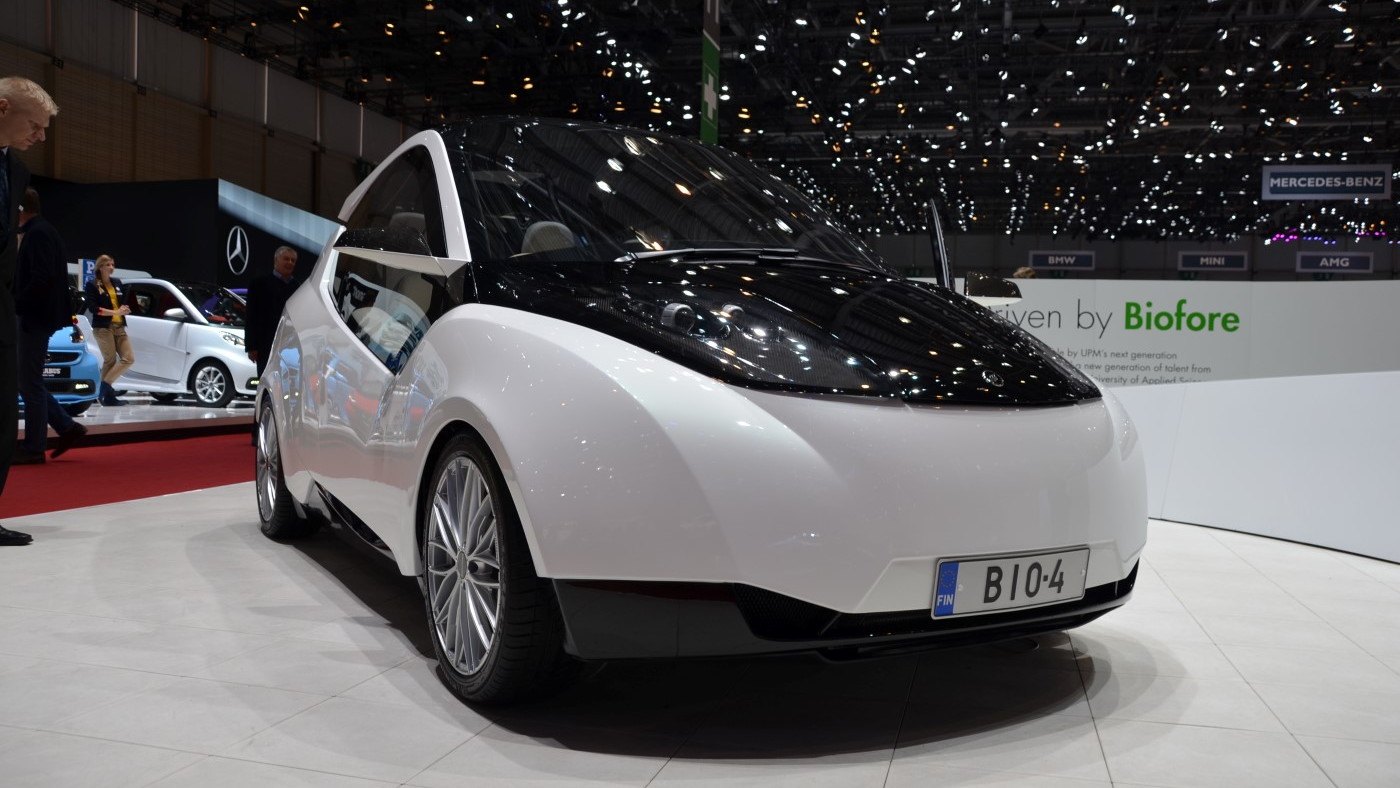 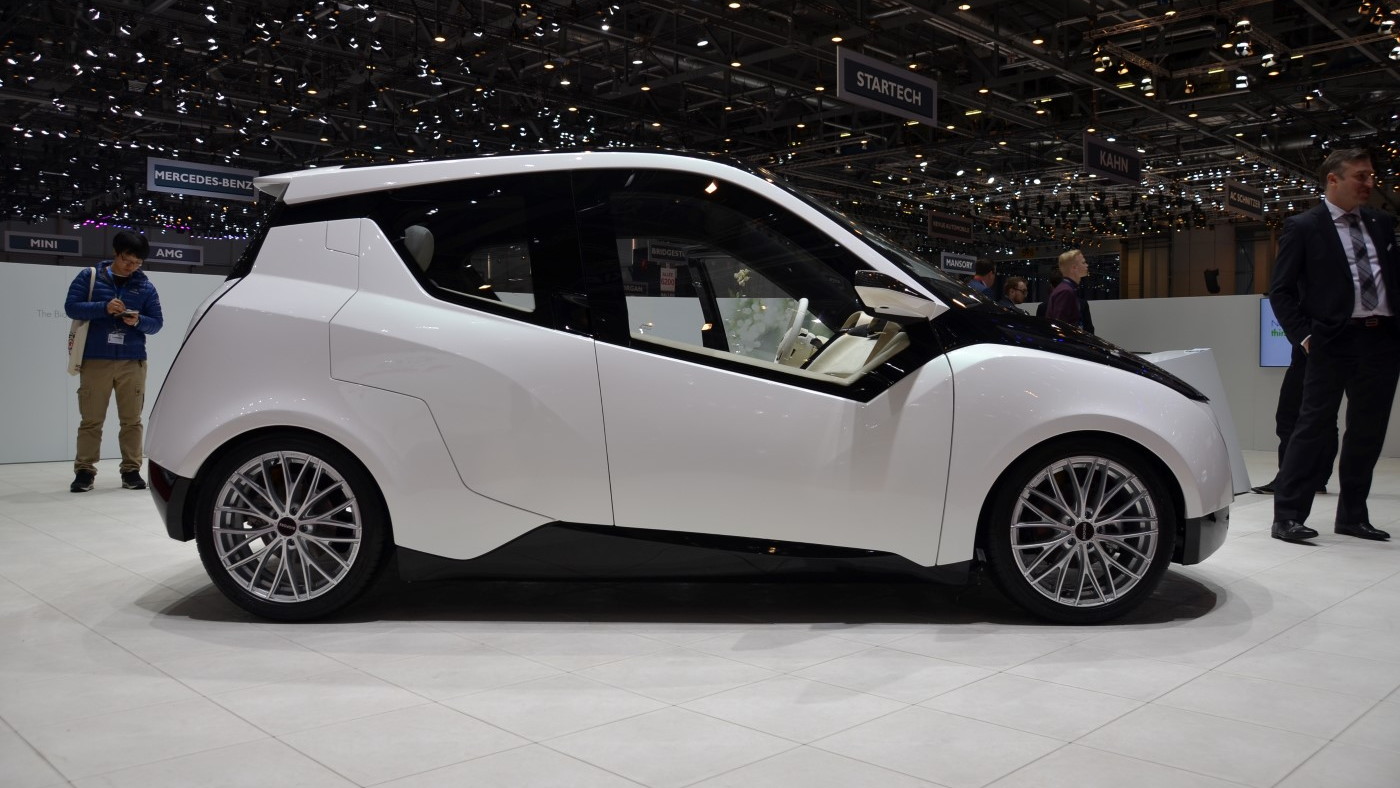 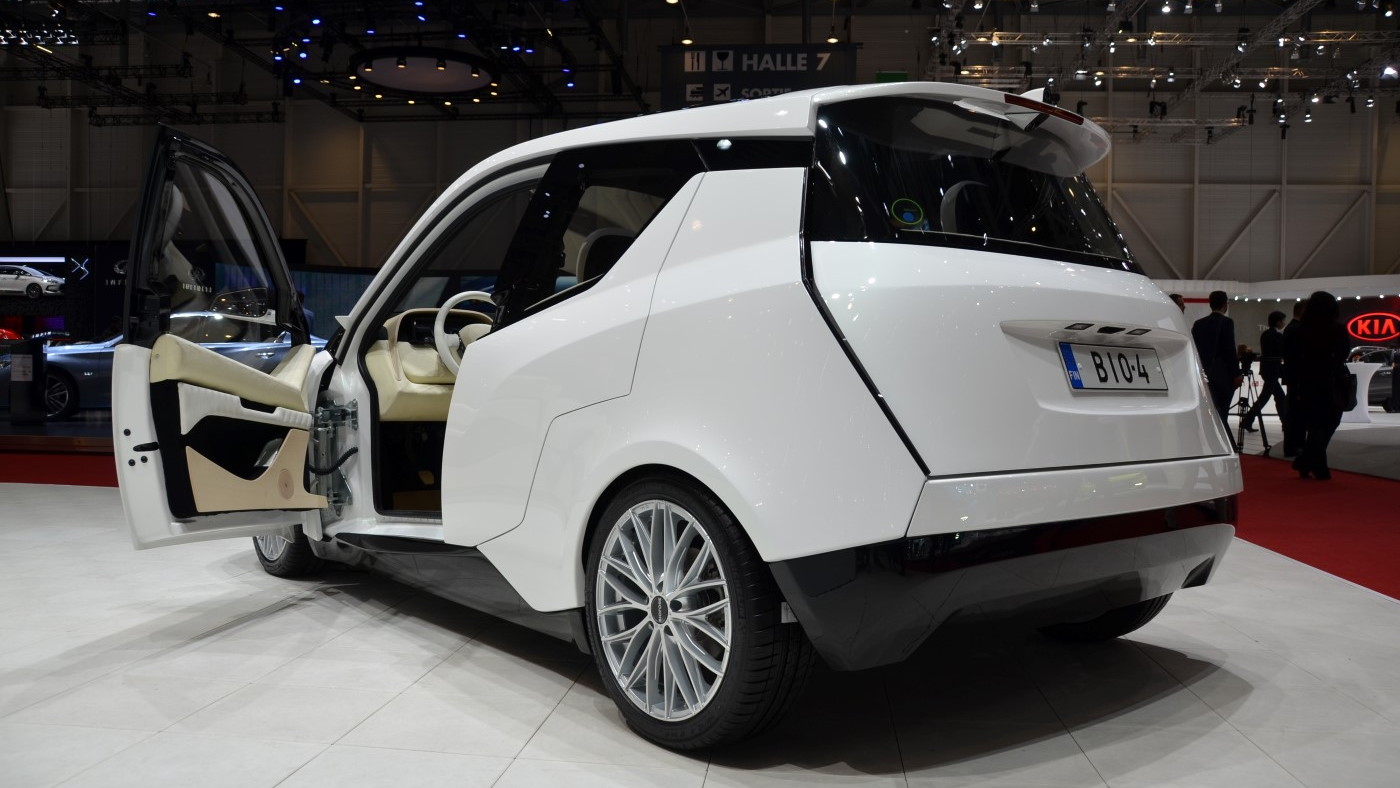 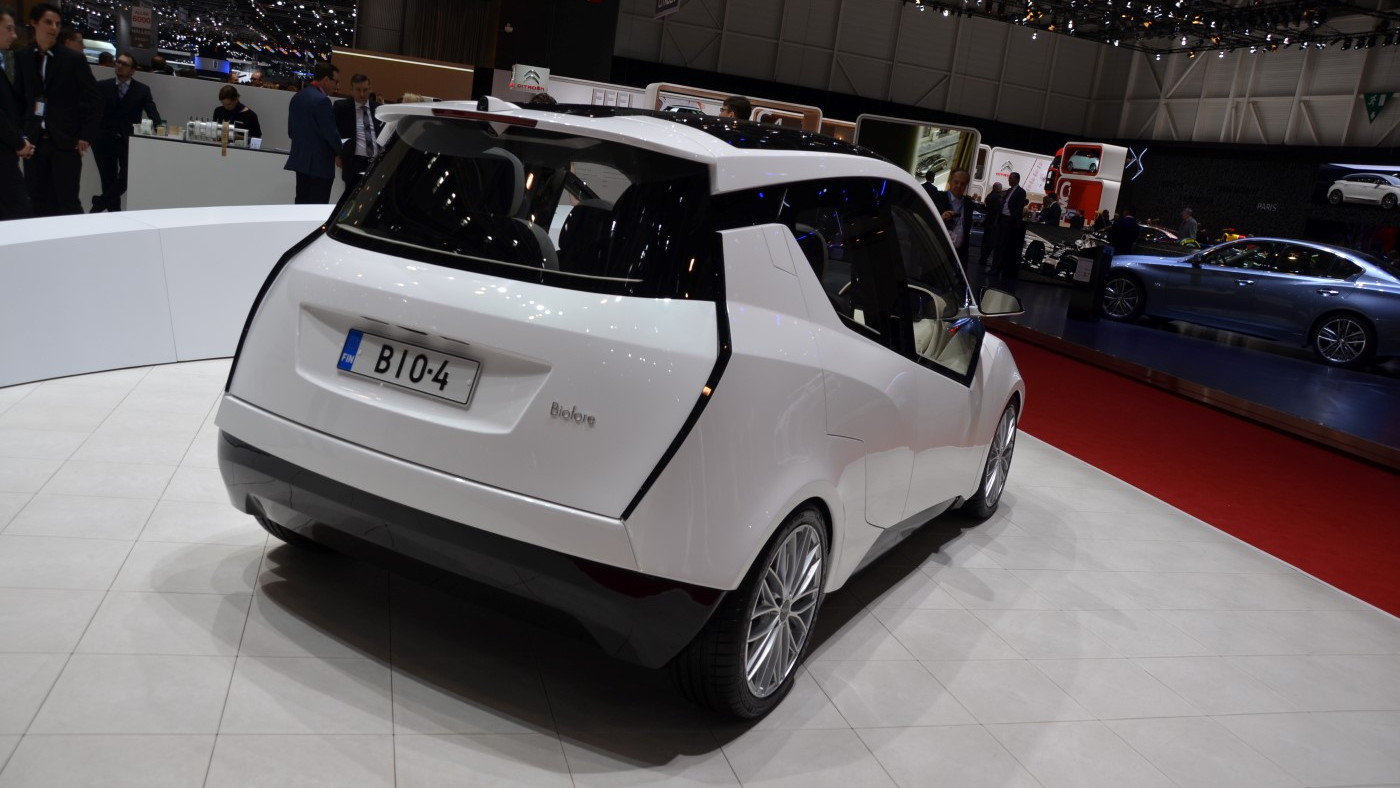 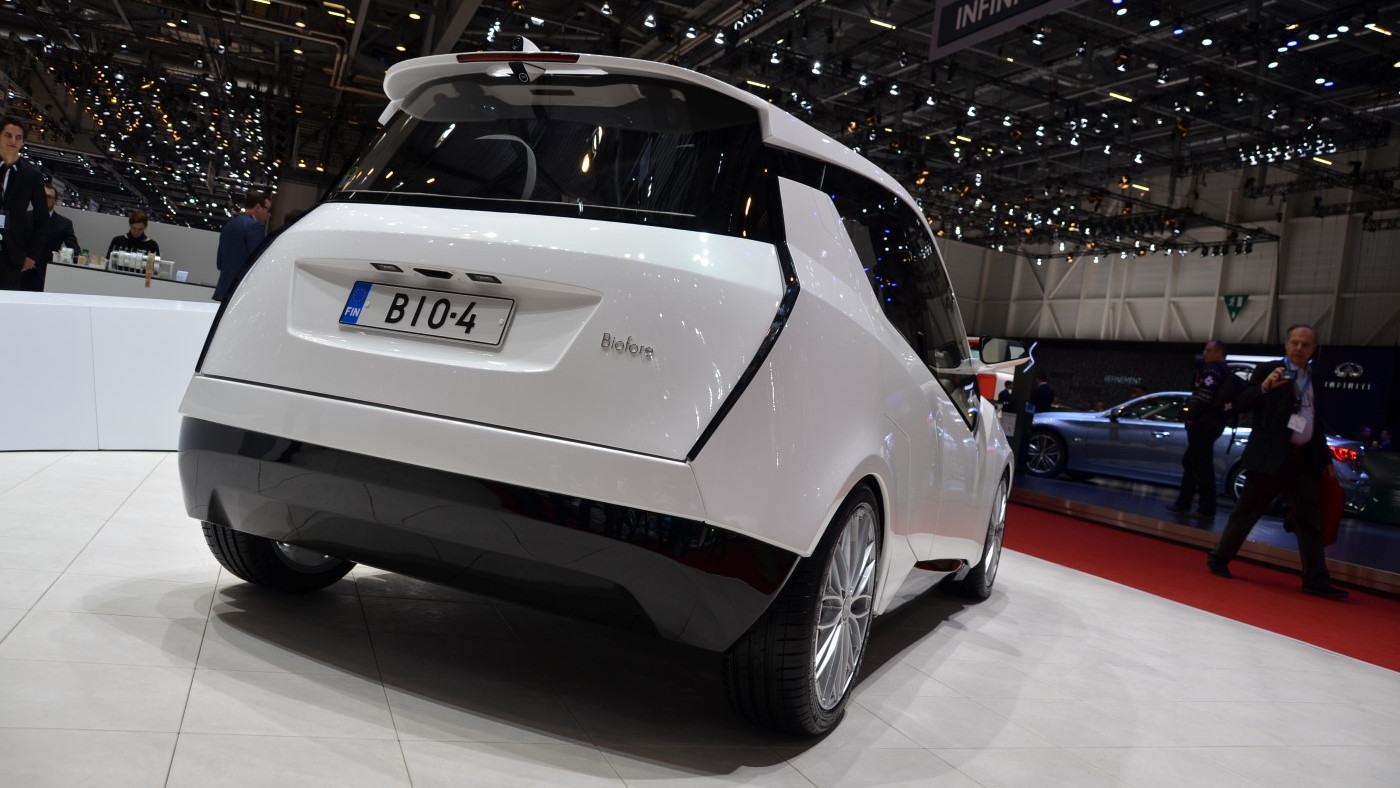 58
photos
Major manufacturer launches are only one part of the annual Geneva Motor Show.

Tear yourself away from the glitzy stands and the smiling girls who recline against the newest launches, and a host of smaller companies showing eco-friendly concepts is always present.

This year, several companies stole the limelight from their large OEM counterparts, from a Finnish university's Biofore concept vehicle through a lightweight concept by engineering firm Magna-Steyr.

Indian make Tata also displayed one of the show's stars, and even Toyota managed to show us a concept designed purely for fun. So here's our run-down of the weird, the wonderful and the obscure from Geneva.

The Helsinki Metropolia University of Applied Sciences' Biofore concept car was one of the most intriguing green concepts at Geneva.

On the outside, it looks fairly typical of the unusual, one-off concept cars seen at Geneva each year. But beneath the skin, it's a serious look at how we use materials in vehicles, and an effort to encourage a more sustainable vehicle with fewer oil-based components.

The former is a recyclable biocomposite constructed from cellulose fiber and plastics--typically 50 percent lower in oil-based, non-renewable raw materials than usual automotive plastics.

It's used in everything from interior panels to the car's exterior panels, not only reducing oil-based content but also reducing weight.

UPM Grada is a thermoformable wood material, similar in structure to plywood. Not only is it renewable, but used throughout the car's interior it looks fantastic, giving the car a real Scandinavian lounge feel.

It won't be going into production (though the University does intend to road-register the car) but Helsinki hopes OEMs will look at the sustainable materials and eventually use them on mass-production vehicles.

Like the Biofore concept, Magna-Steyr's Mila concept car is the usual quirky small car you find in Geneva's halls.

Get past the unusual but not-unattractive looks, and the Mila is all about a holistic approach to shedding vehicle weight.

It's designed to compete in the European A-segment, which means vehicles like the Chevrolet Spark, Volkswagen Up sold in Europe, and the Renault Twingo that also debuted in Geneva.

Yet it weighs over 660 lbs less than typical vehicles in the segment--just 1,482 lbs overall.

It does this through multi-functionality of components to reduce the number of parts used and targeted use of lightweight materials. So the car's bodywork has been formed to also serve as interior fittings, for example, while the body in white is a mixture of aluminum, various steels, thermoplastics and other materials.

A compressed natural gas powertrain reduces CO2 emissions by 25 percent--a 49 g/km output is targeted--and hybridization also plays a part, with all-electric drive up to 20 mph or so.

We'll be looking at the Nexon in a more in-depth feature soon, but it certainly fulfills our quirky criteria here.

Just a concept at this stage, the Nexon is a small crossover taking aim at cars like the Nissan Juke, or the Ford Ecosport we tested towards the end of last year.

To our eyes though it's better looking than any of its segment rivals, and while few of the Nexon's more unusual details would make it through to production, the general shape could probably make it to the roads unscathed.

The interior is a model of simplicity and airy design, with a minimalist dashboard and no center stack. A small center console sprouts from  between the seats holding, in this case, a large green starter button.

The engine and drivetrain are fairly unremarkable, though continue with the downsizing trend typical of this class. You get a 1.2-liter turbocharged gasoline unit with just three cylinders, producing a modest 108 horsepower.

But the Nexon is important more for what it represents than what it is--it's the sign Indian automakers can get serious about design as well as humbler, more utilitarian needs.

All eyes may have been on the newly-launched Aygo minicar at Geneva, but Toyota brought its FV2 concept to Geneva purely for fun.

First launched at last year's Tokyo Motor Show, the FV2 is a car that connects "both physically and emotionally" with its driver, and is able to recognize your mood.

It's driven from a standing position, and moved by shifting your weight about. Think of it like a large, four-wheeled Segway in that regard.

The wheels are arranged in a diamond formation, and the large front screen raises to allow the driver to stand behind it. It looks rather vulnerable, but there are clever features, like an augmented reality windscreen that displays various things to the driver as they scoot along.

The body color can be changed at will, laced with light diodes that display different patterns at will, and according to the driver's mood.

Don't expect to be driving a car like this any time soon--but we can see emotionally-interacting vehicles and customizable exteriors arriving at some point in the future...