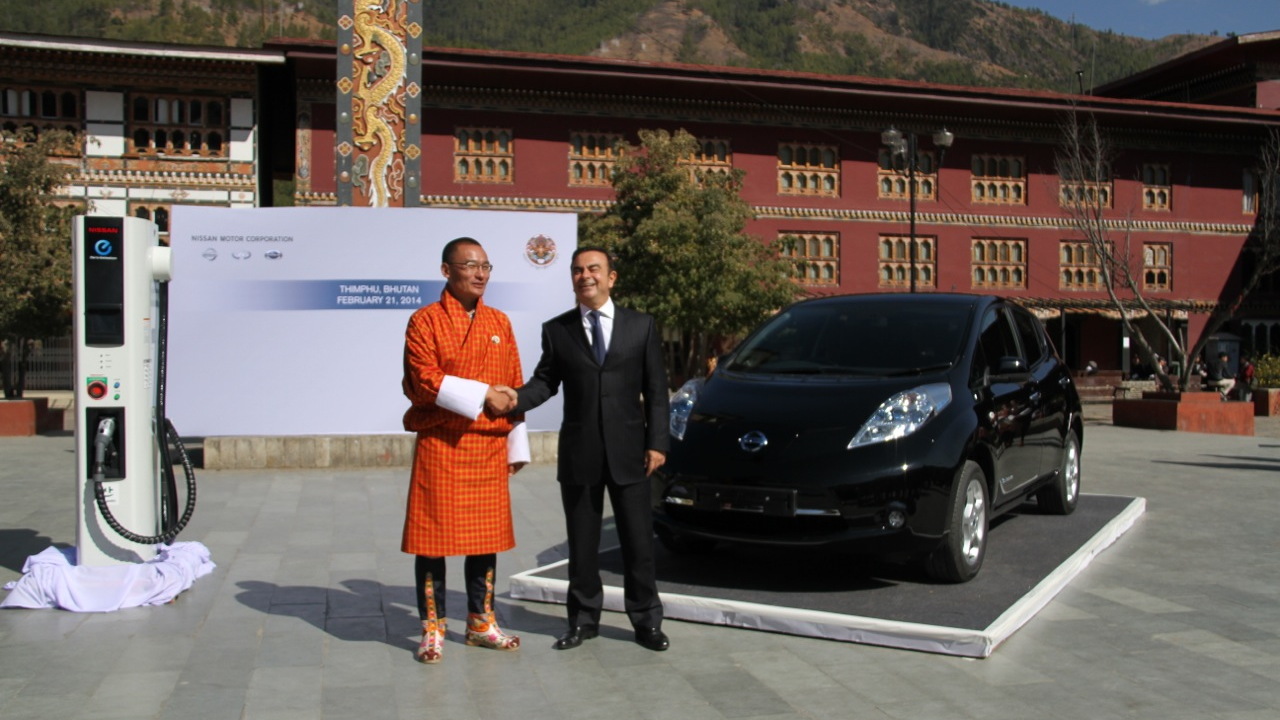 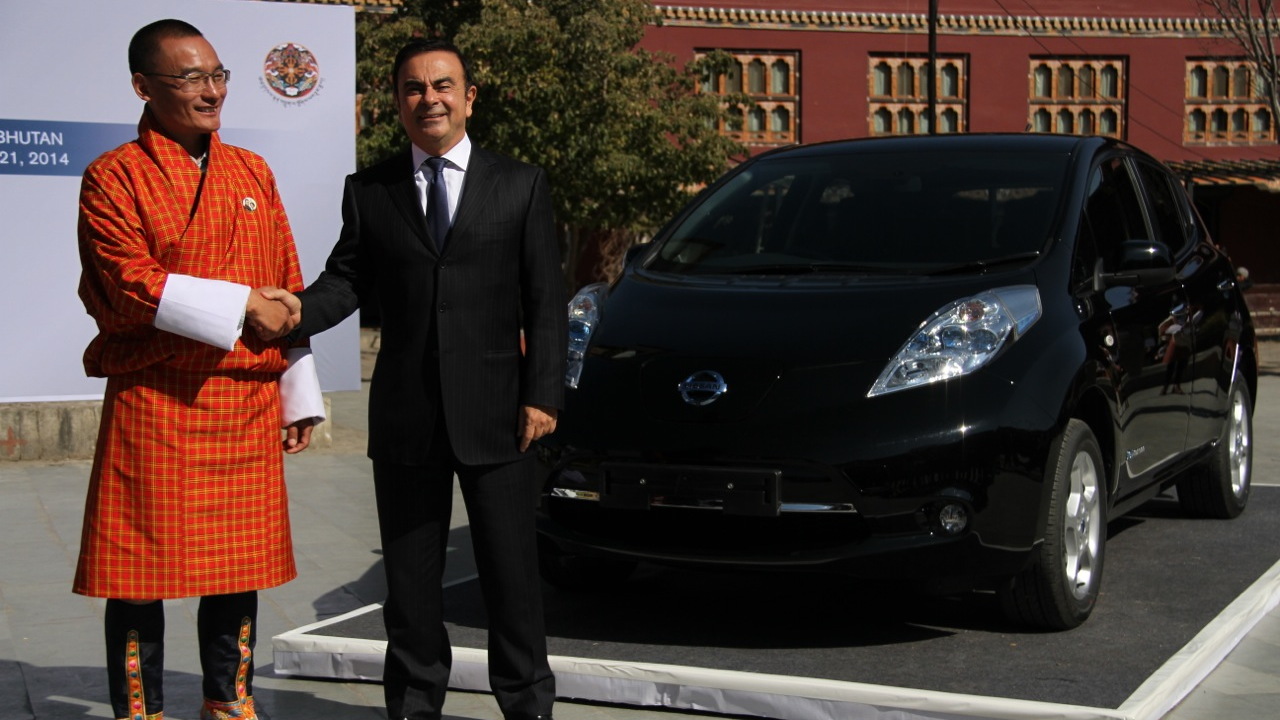 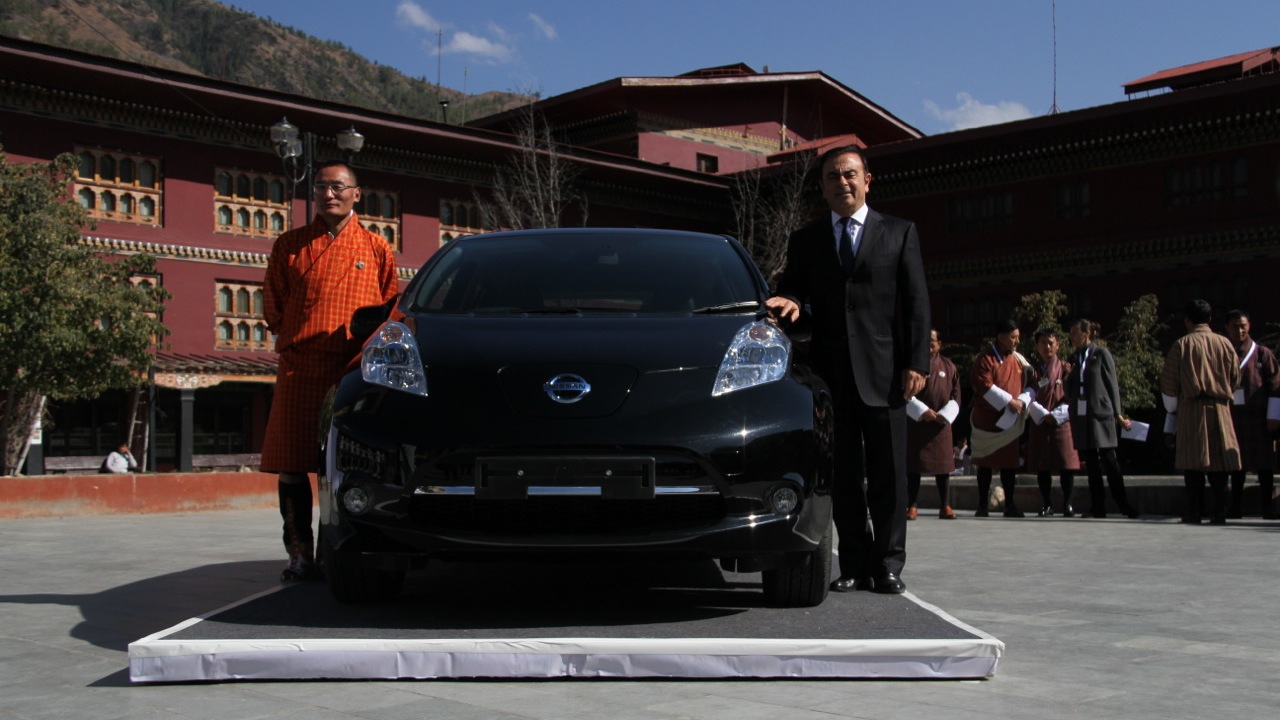 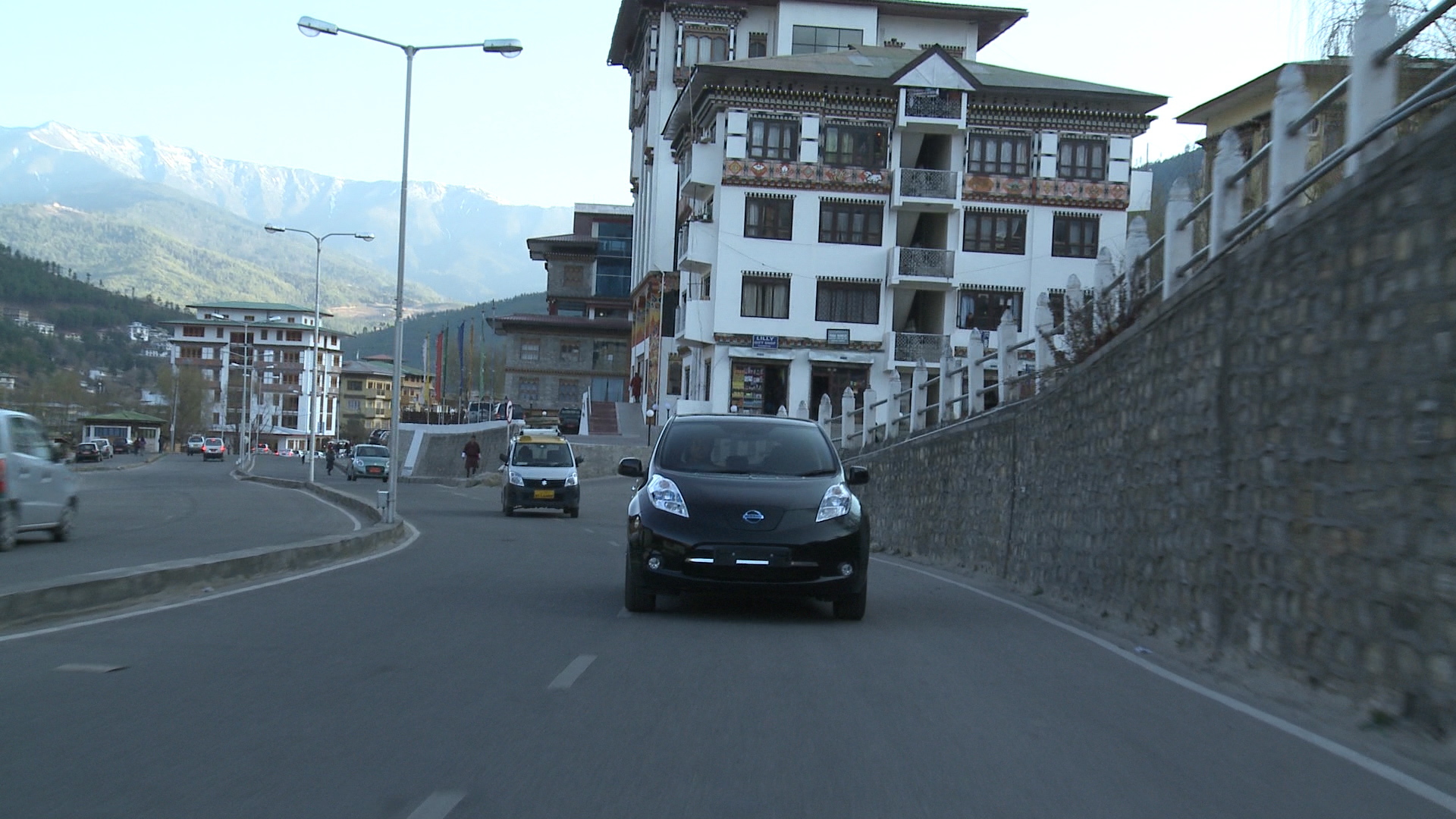 The small Asian nation of Bhutan has a very big goal: It hopes to convert the country's vehicles to almost all electric power.

Today, Prime Minister Tshering Tobgay and Nissan CEO Carlos Ghosn announced an agreement between the nation and the carmaker to work together toward that goal. 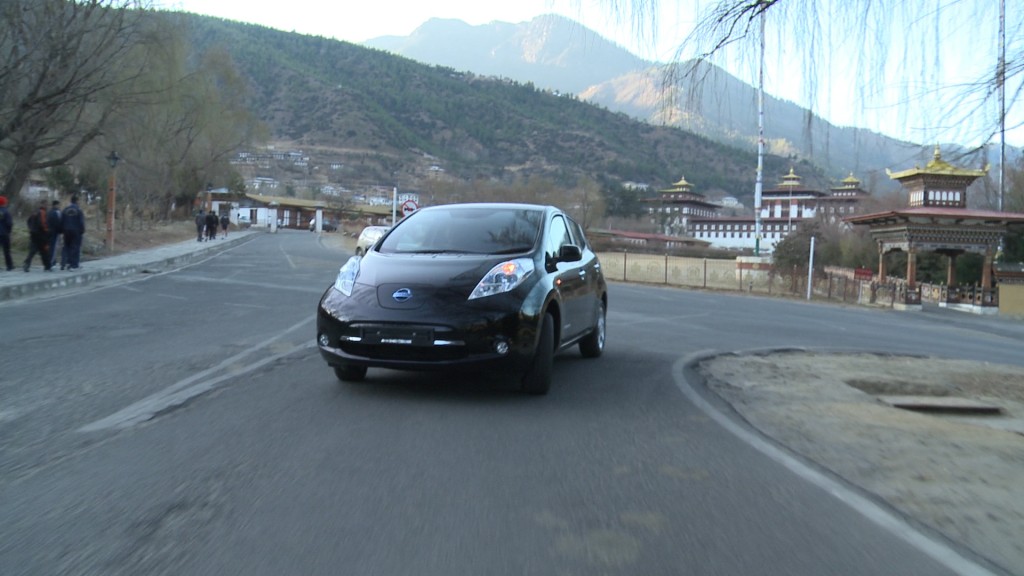 2014 Nissan Leaf electric car on the roads of Thimphu, Bhutan

Nissan Leaf electric cars are to become both Bhutanese government vehicles and taxi cabs in the capital city of Thimphu.

The Nissan Leaf is the most successful electric car in history, with more than 100,000 sold. In today's ceremony, Ghosn presented two Leafs to the kingdom to mark the King's 34th birthday, which is today.

'Religious respect for the environment'

In an early-morning interview with Green Car Reports, Ghosn underscored Bhutan's "almost religious respect for the environment," noting that the Prime Minister had "made a deliberate choice that [Bhutan's] transport will be based mainly on electric cars."

That national value offers a business opportunity for Nissan, he said, with the opportunity of selling "hundreds of cars" in the short term and "thousands" soon thereafter. 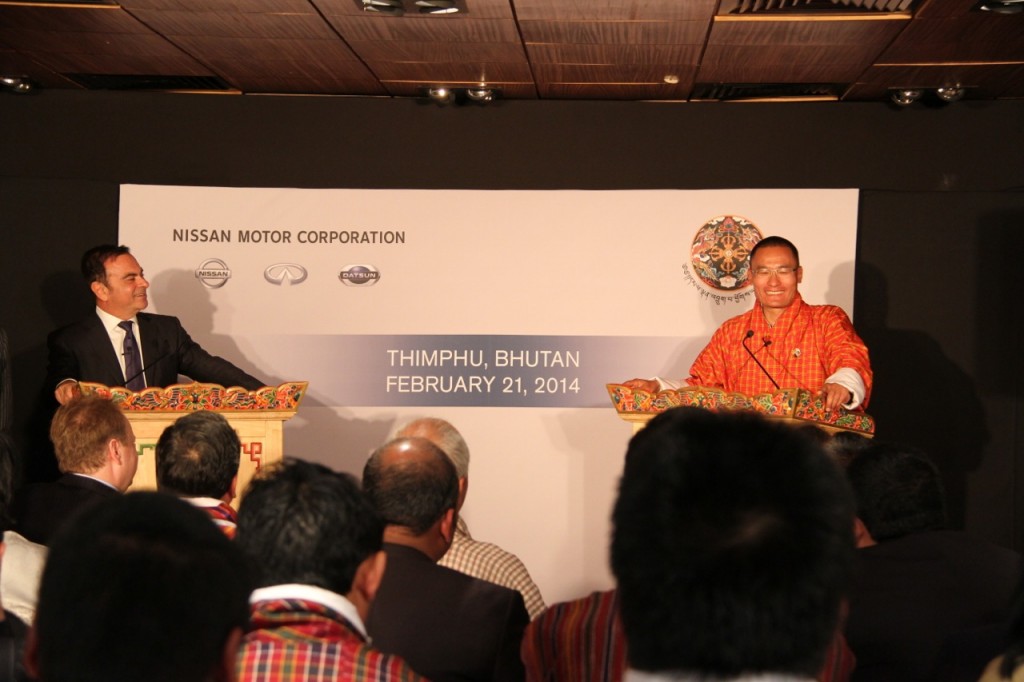 The opportunity to sell zero-emission electric cars was underscored by Nissan's simultaneous announcement that it had appointed a national sales company for the kingdom, named Thunder Motors.

Nissan and Thunder will work together to develop localized versions of the company's electric vehicles designed for conditions in the Himalayan nation, whose average elevation is 8,000 feet above sea level.

Bhutan's main export is clean electricity from hydroelectric plants, which is sold to neighboring India. But most of the revenue from those sales now goes to importing fossil fuels for transportation. 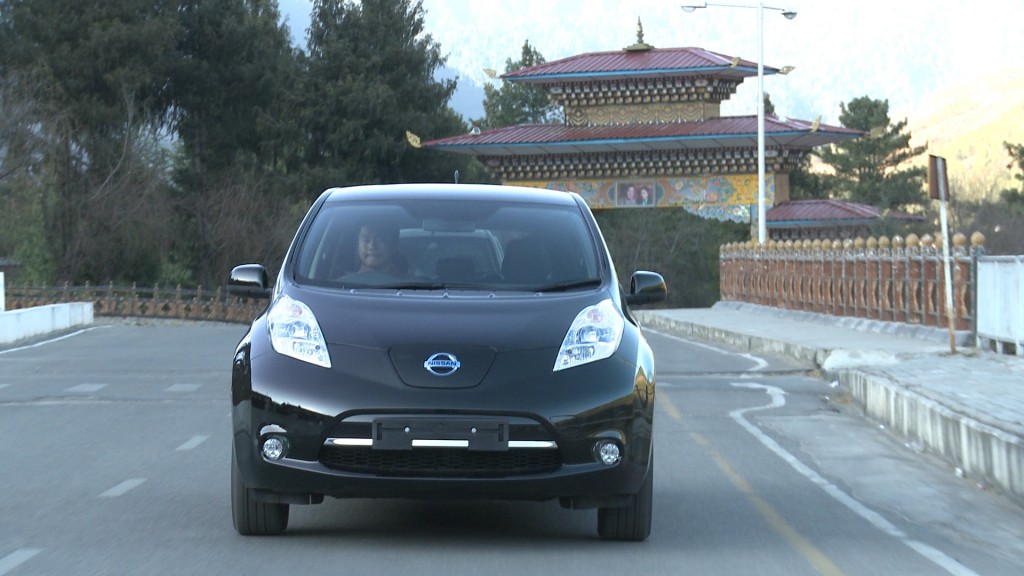 2014 Nissan Leaf electric car on the roads of Thimphu, Bhutan

Prime Minister Tobgay said in December that he hopes to reduce the country's oil imports by 70 percent.

Following an economic crisis, the kingdom banned the import of new vehicles in March 2012, and subsequently imposed a "green tax" on all vehicles: 20 percent on those with engines of 1.8 liters or more, 5 percent on those below.

The royal government will study exempting electric vehicles from from the green tax, sales tax, and import duties to encourage the transition.

Local business groups have advocated for an end to the ban, but while restrictions on imports of furniture and alcohol from India were lifted last month, the vehicle ban remains for now. 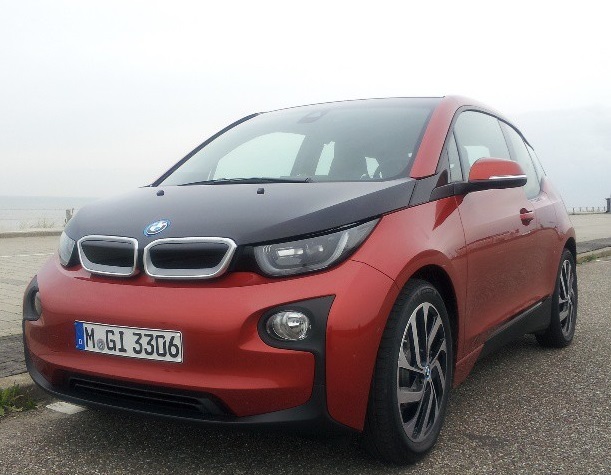 Driving Tesla, BMW i3 too

Nissan may be the world's largest producer of battery-electric vehicles, but it will not have an exclusive on electric-car imports to Bhutan.

At today's press conference, Ghosn noted, prime minister Tobgay said Indian electric-car maker Mahindra Reva would be visiting in six days--and that he had already test-driven both a Tesla Model S and a BMW i3.

"We welcome others," Ghosn told Green Car Reports, because Nissan is most able to compete when buyers "compare the performance, price, and customer satisfaction" of the Leaf against any other electric vehicle.

The big picture, Ghosn suggested, is that Bhutan can provide an inspiration, perhaps even a model, for emerging nations as they look toward expanding vehicle sales.

If a tiny mountainous nation landlocked between India and China can do it, perhaps any nation can?