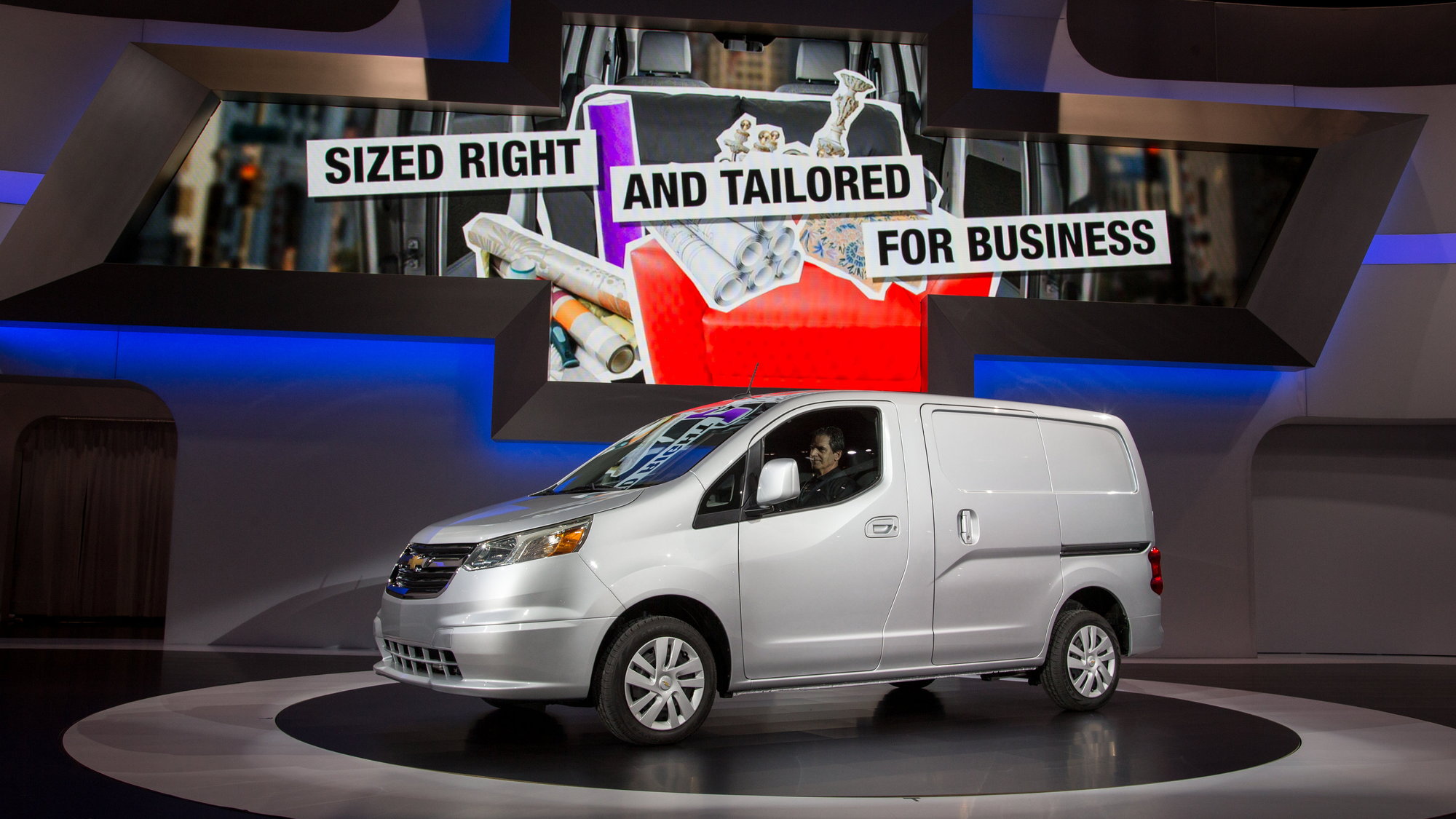 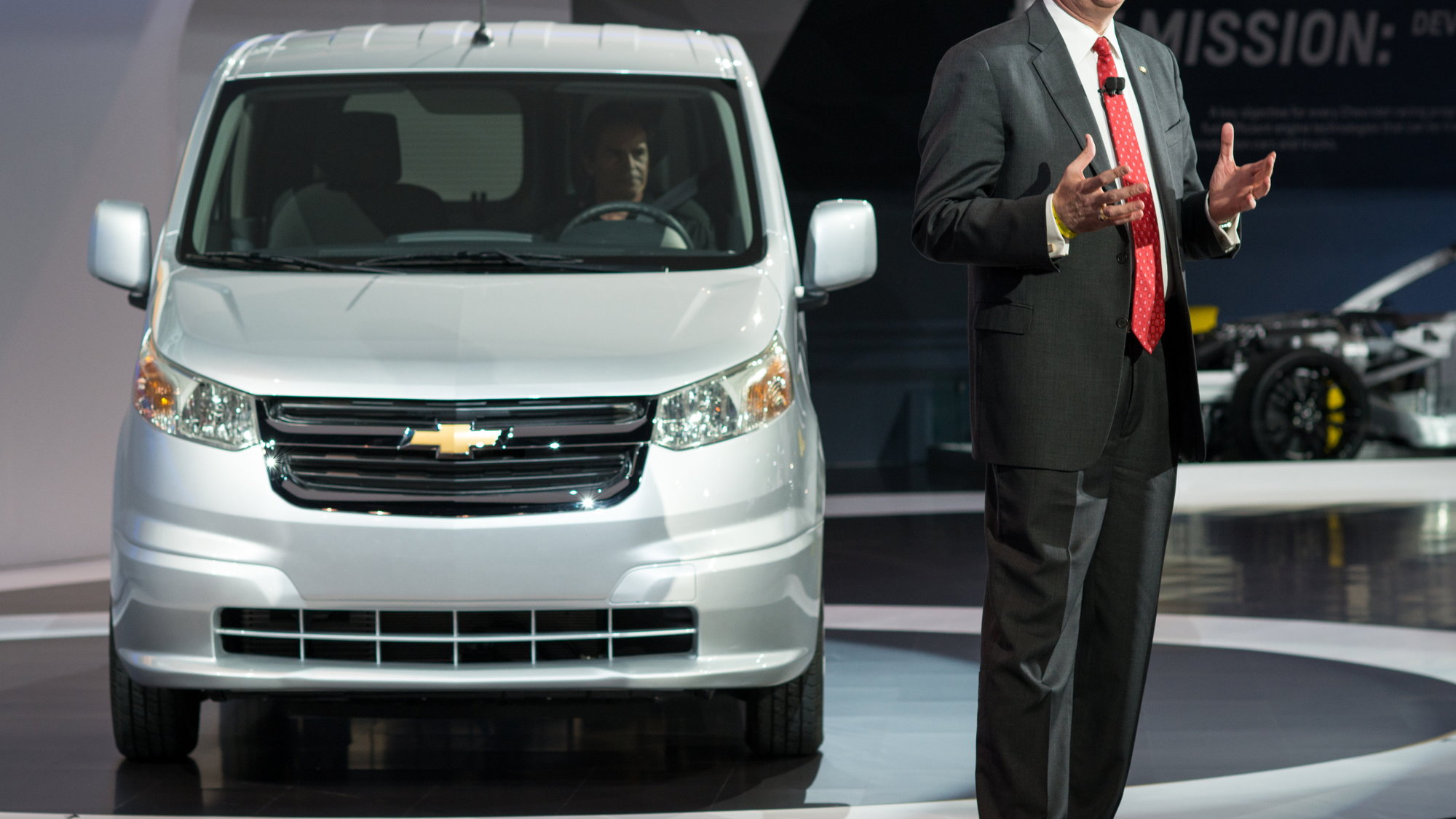 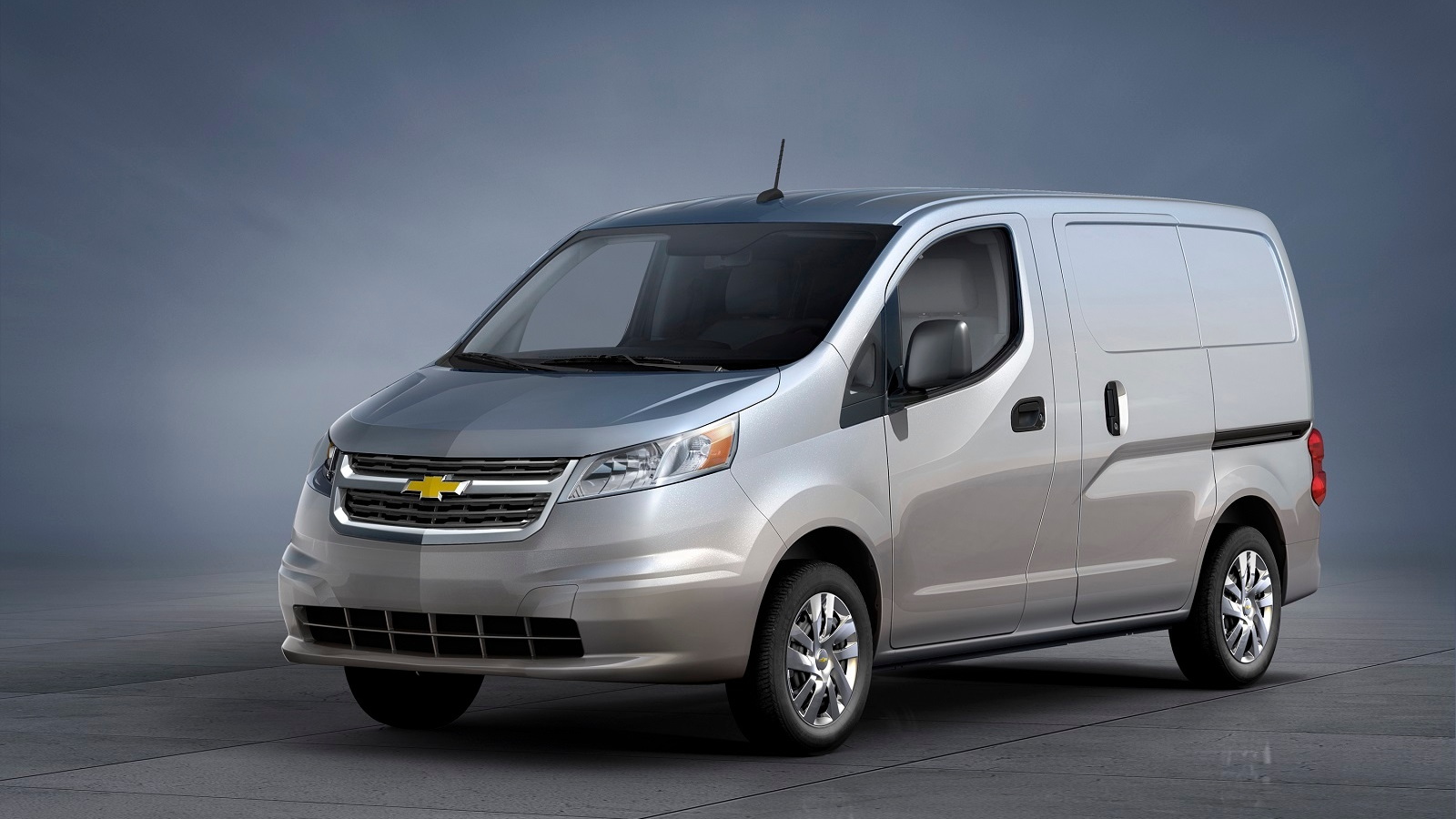 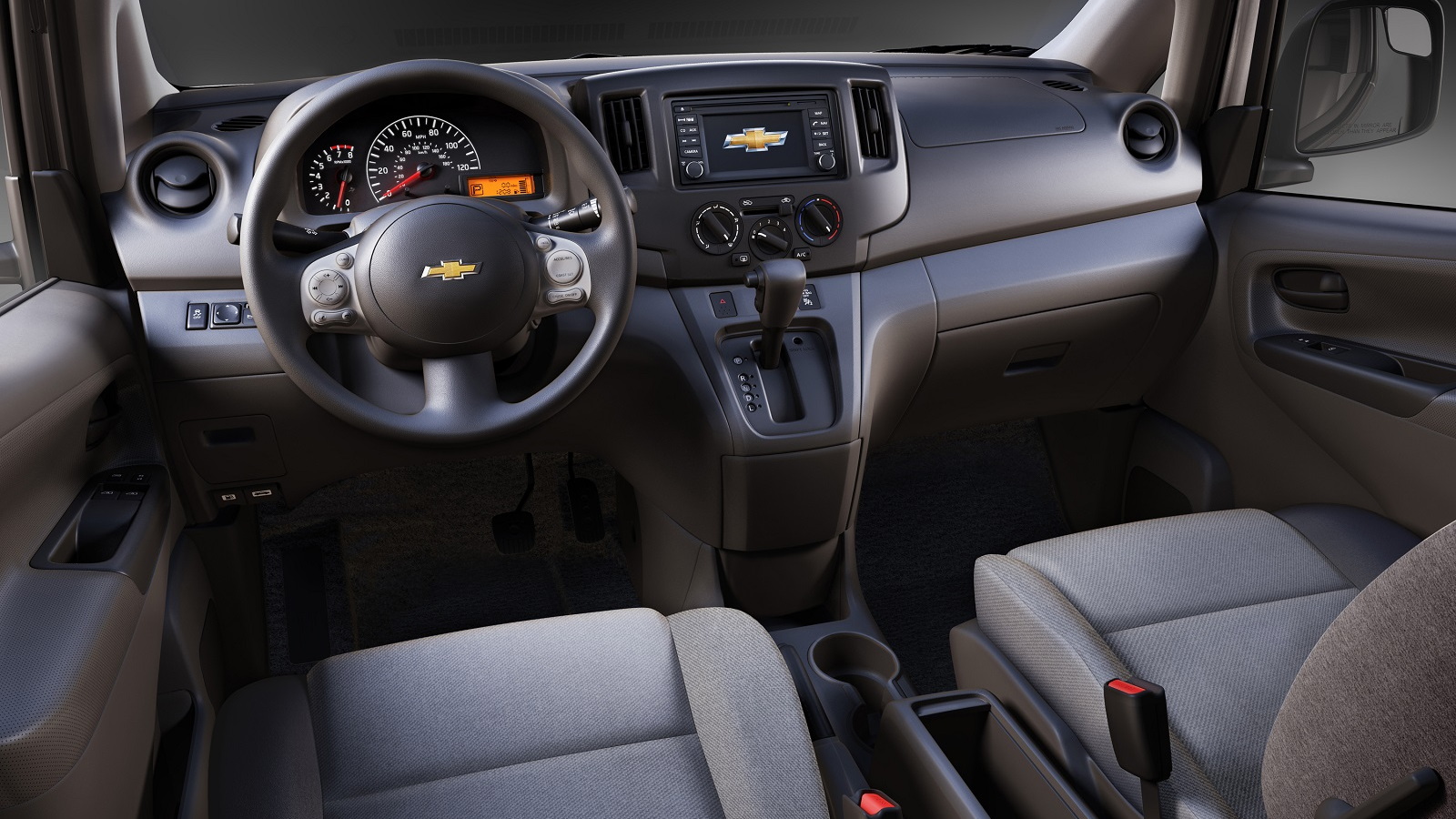 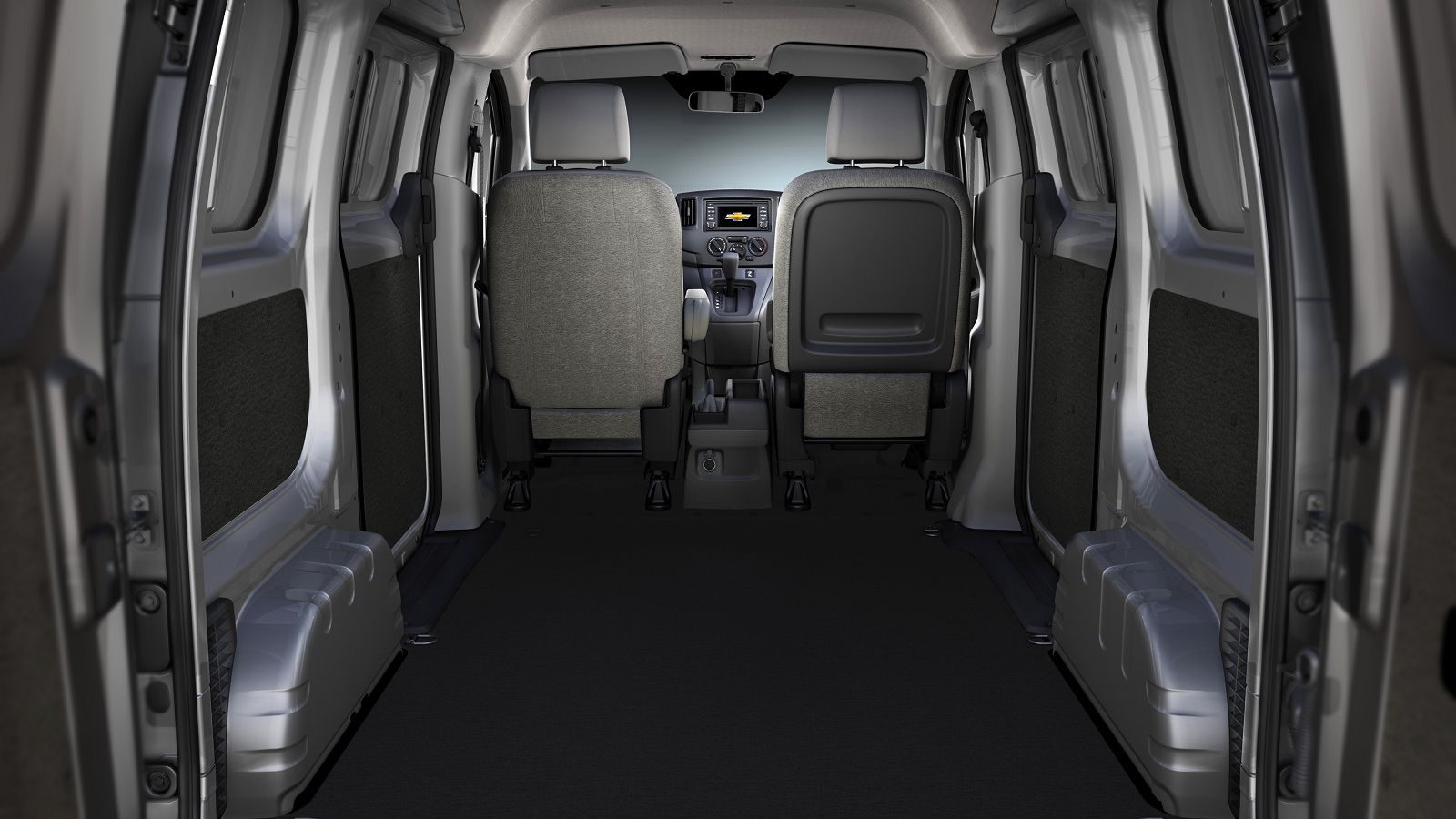 The front-wheel drive City Express uses a 2-liter inline-four cylinder engine producing 131 horsepower and 139 pounds-feet of torque. To make the most of the engine's power and torque delivery (and to maximize efficiency), it features a standard continuously-variable transmission.

Front wheels are located by MacPherson struts while the back axle is suspended on leaf springs, allowing the 122.7 cubic-foot cargo space to handle a 1,500-pound payload.

Useful touches abound--the cargo area is 4'6" wide from wall to wall, and 6'10" long. The front passenger seat folds down to accept even longer loads, the rear cargo doors open to 90 and 180-degree angles, there are sliding doors on each side and there are several cargo mounting points and D-rings scattered around for securing loads.

No predicted or official fuel economy results have been revealed, though estimates put the Taxi of Tomorrow--which features the same drivetrain--at around 25 mpg in service. This will naturally vary depending on driving style, payload and road conditions, but should be comfortably more than the EPA-estimated 20 mpg highway of the full-size Chevrolet Express.

Like the larger Express, the City Express comes with the same five-year, 100,000 mile powertrain limited warranty, as well as a three-year/36,000-mile vehicle warranty and two-year, 24,000-mile scheduled maintenance intervals.

Available in LS and LT trim levels, pricing will be announced later. It isn't yet clear whether Chevrolet, like Nissan, will also offer an electric version of the NV200-based van. The regular gasoline model goes on sale this fall.