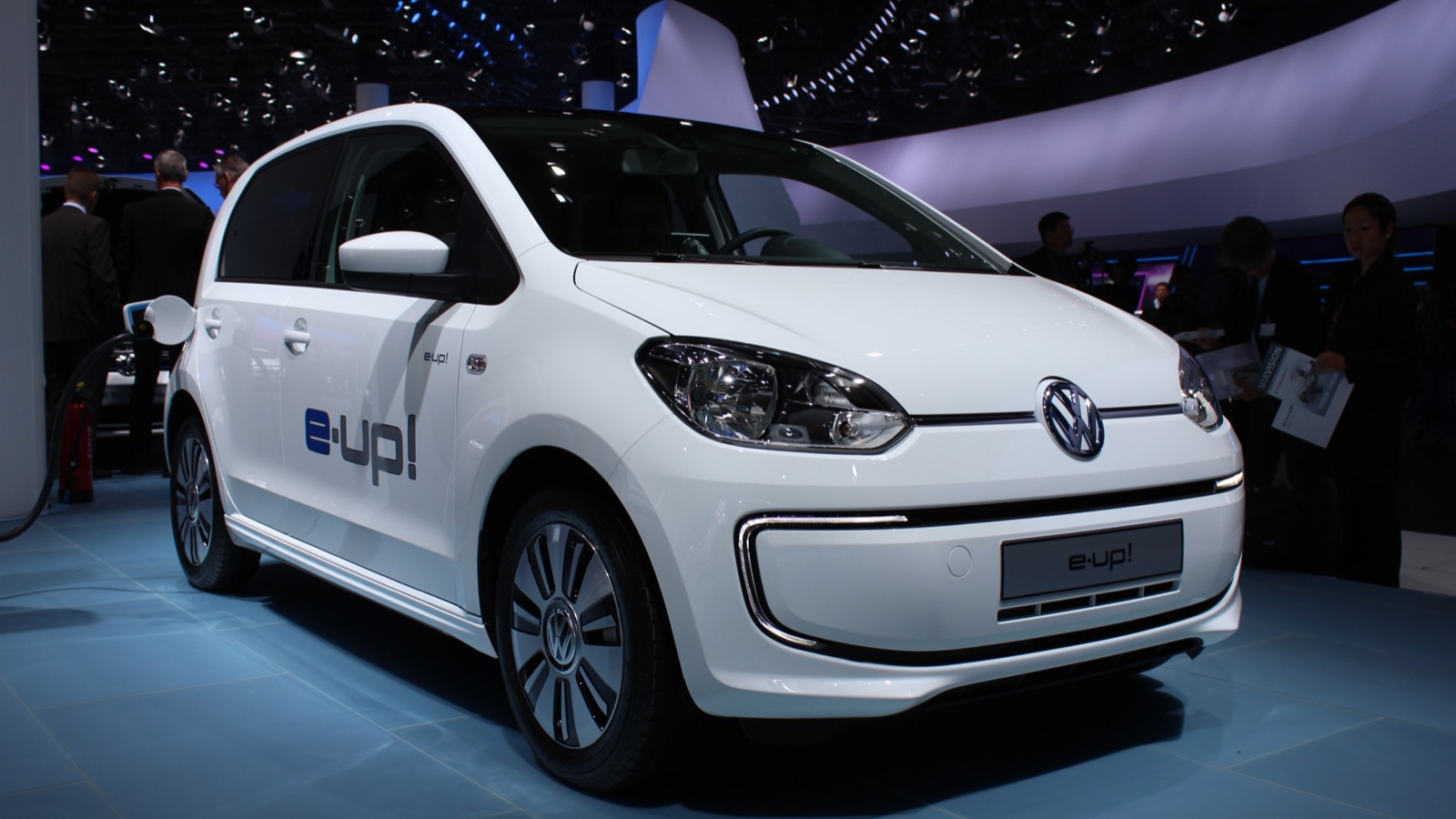 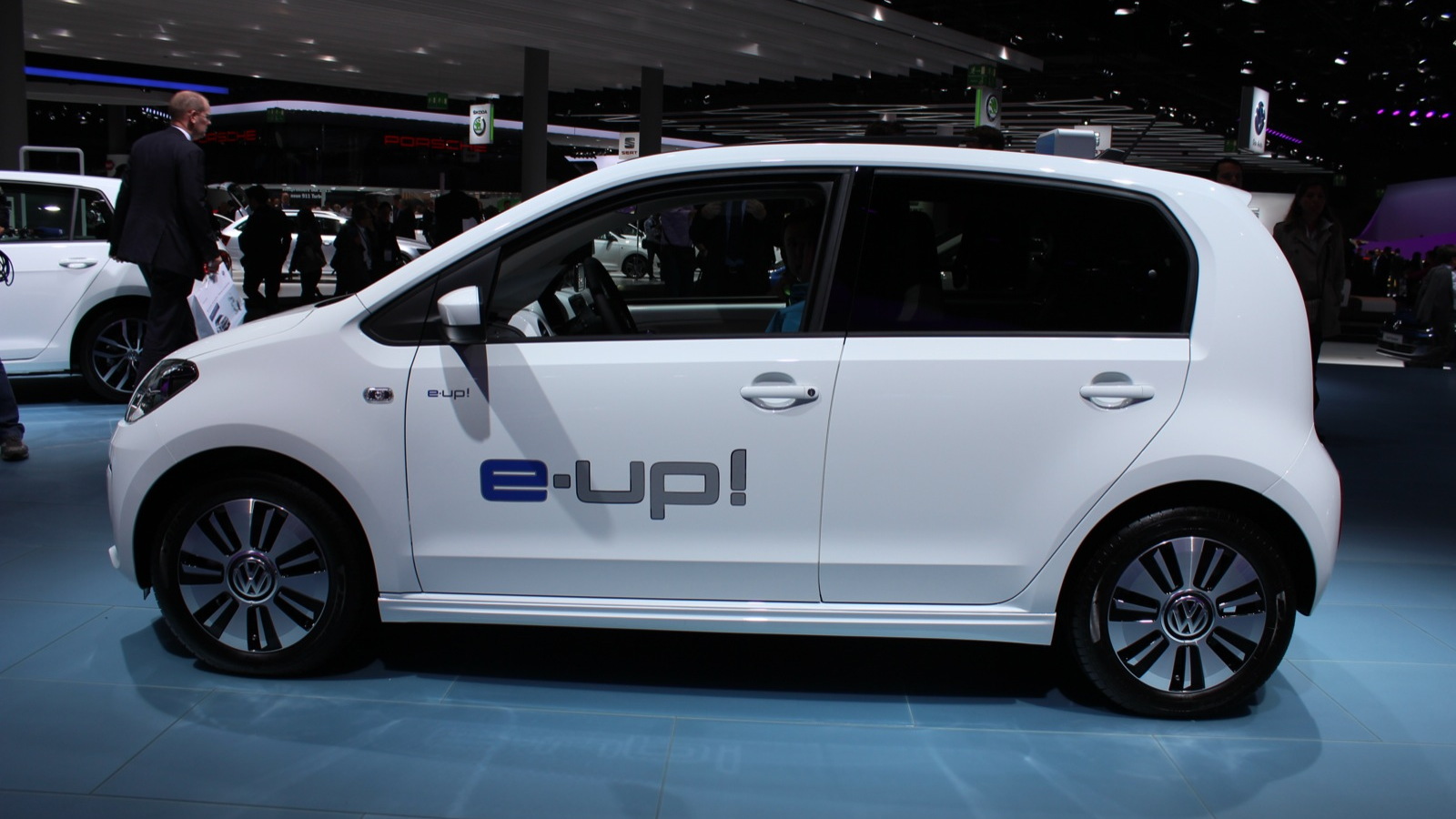 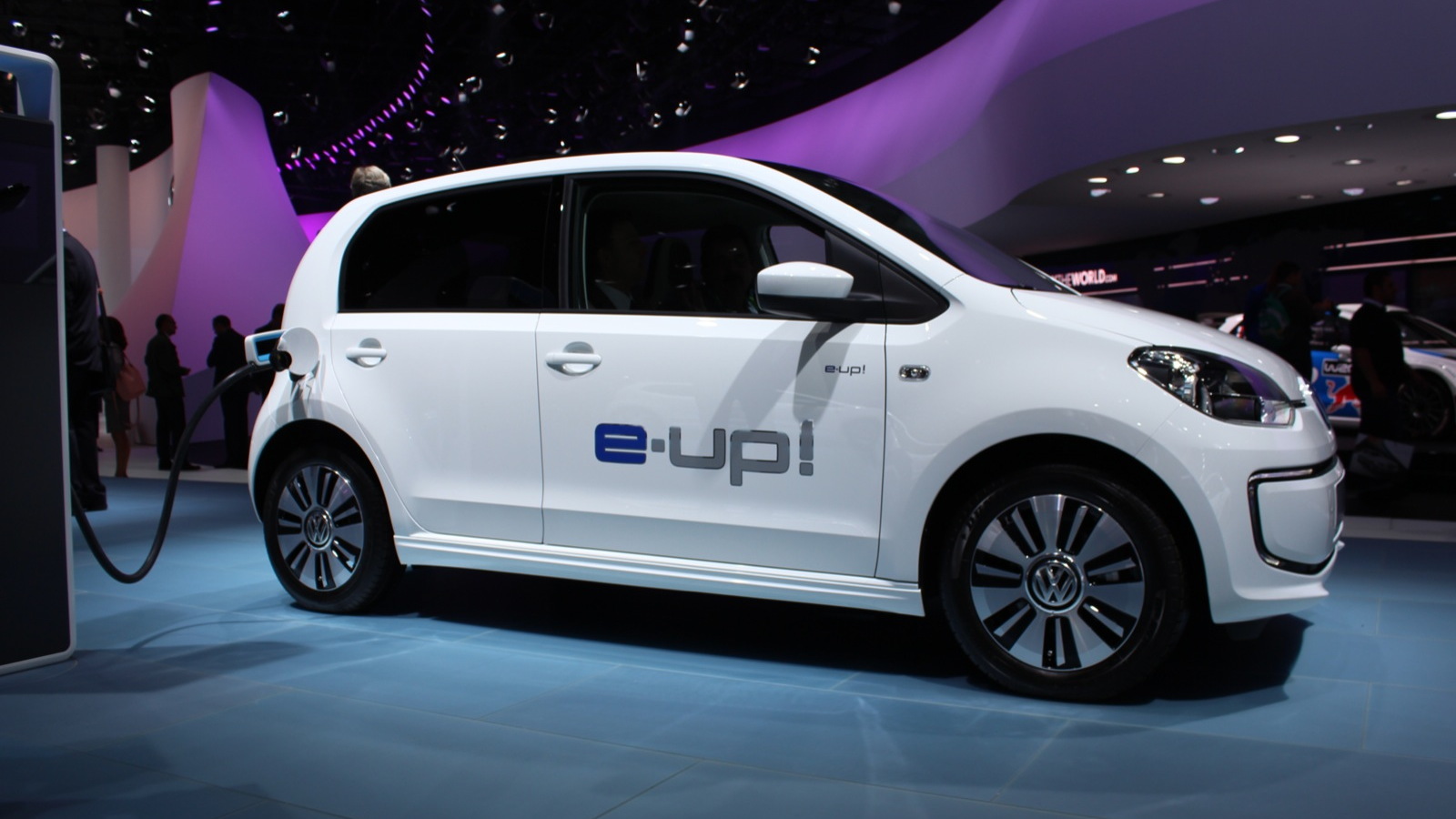 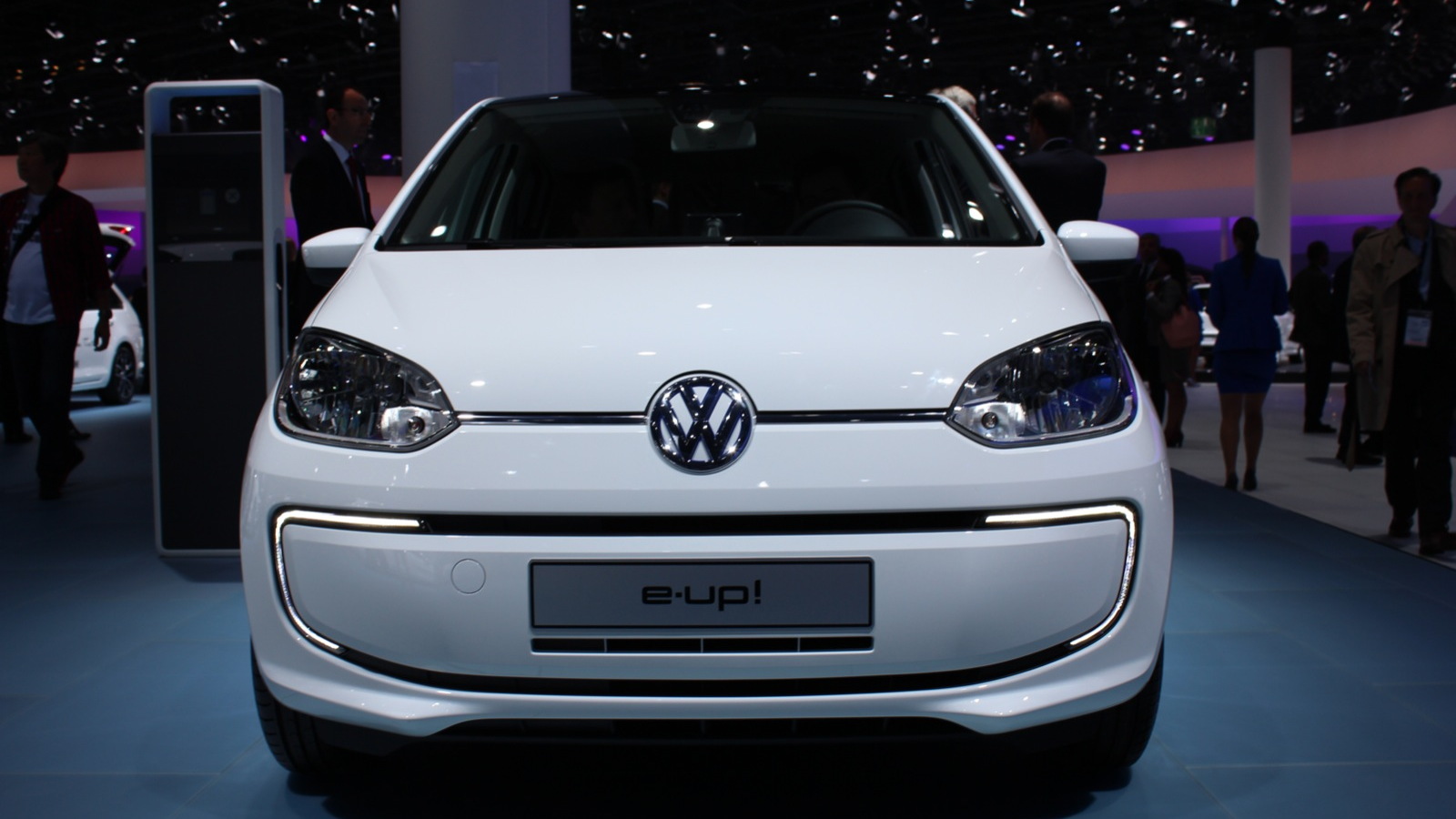 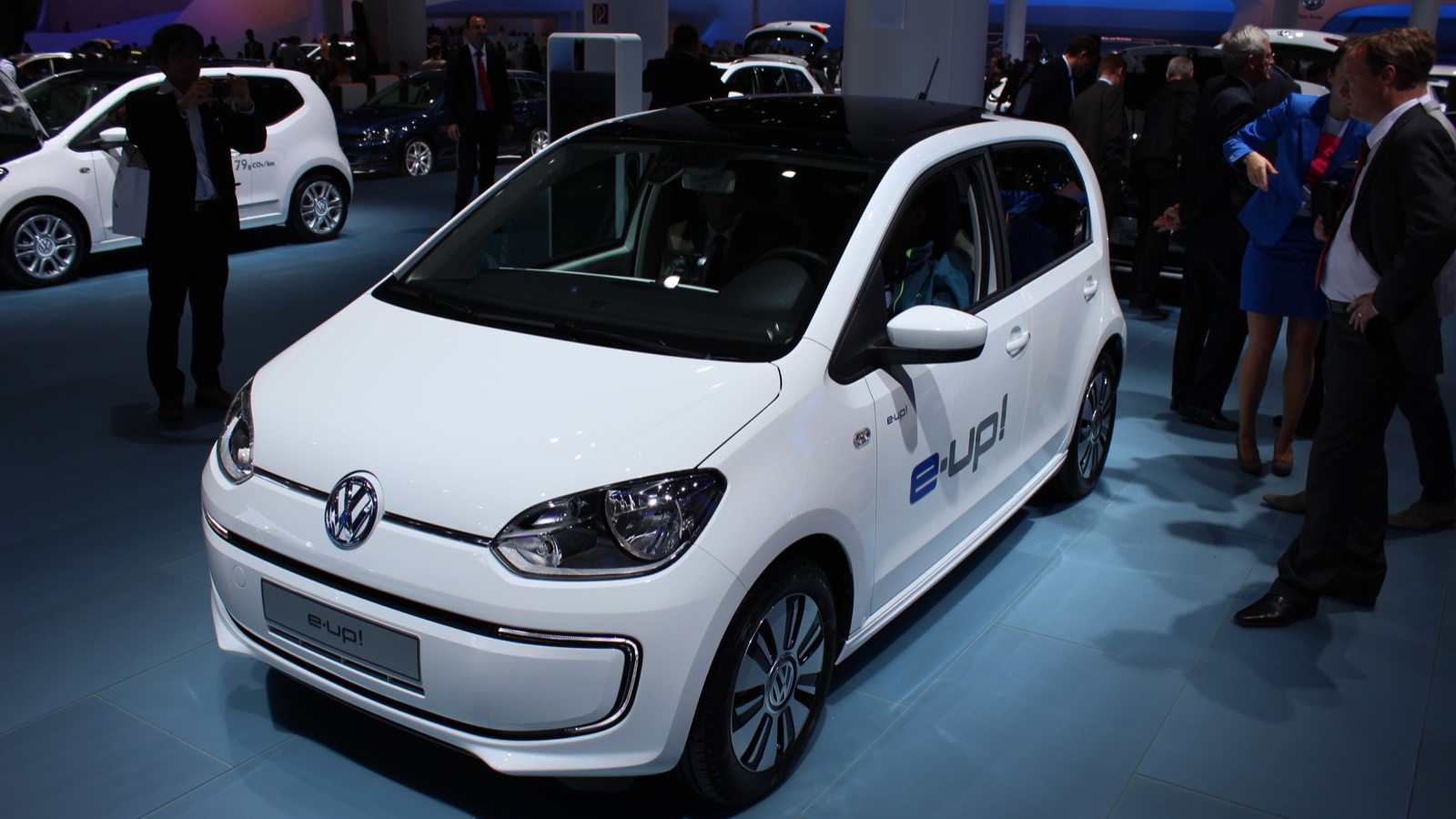 Volkswagen unveiled two electric cars at the 2013 Frankfurt Auto Show: along with the e-Golf, it also showed the e-Up electric minicar.

Like the e-Golf, the e-Up is based on a production VW, in this case the Up minicar designed for the European market.

In the VW e-Up, the car's internal combustion engine is replaced with an electric motor that produces 60 kilowatts (81 horsepower) and 155 pound-feet of torque. It is powered by an 18.7-kilowatt hour lithium-ion battery pack

That actually makes the e-Up a little peppier than its fossil fuel-powered counterpart--whose most powerful model develops 70 hp and 74 lb-ft.

Granted, the e-Up is limited to 81 mph, while the Up can do 106 mph. Still, like the Chevrolet Spark EV, the electric Up simply outperforms its gasoline equivalent.

MORE: Volkswagen Up: The Coolest High-Mileage Small Car We Can't Have

Range is 100 miles on the European cycle, which is is usually optimistic compared to the American EPA testing regimen. Volkswagen rates the e-Up's efficiency at 18.8 kWh/100 mi.

Using a DC Fast Charging system, the battery can also be recharged to 80 percent capacity in 30 minutes. The e-Up will be compatible with the new CCS fast charging standard, as opposed to the Japanese CHAdeMO.

Like the e-Golf, the e-Up gives drivers a choice of two driving modes--Eco and Eco+-- and four regenerative braking modes. It also features a range display that calculates whether the car has enough electricity to complete a given route.

Be sure to follow all our 2013 Frankfurt Auto Show coverage here on Green Car Reports.