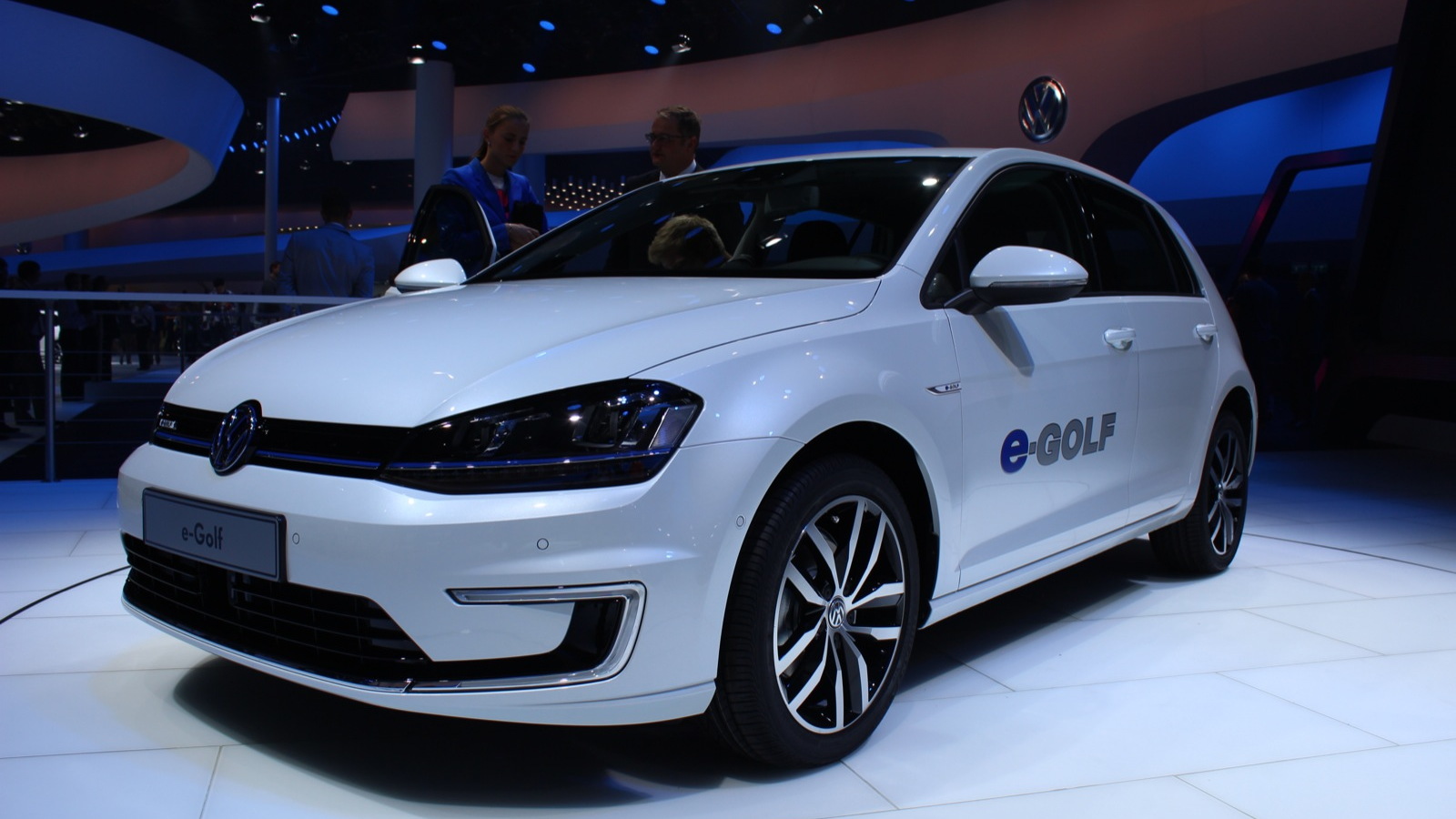 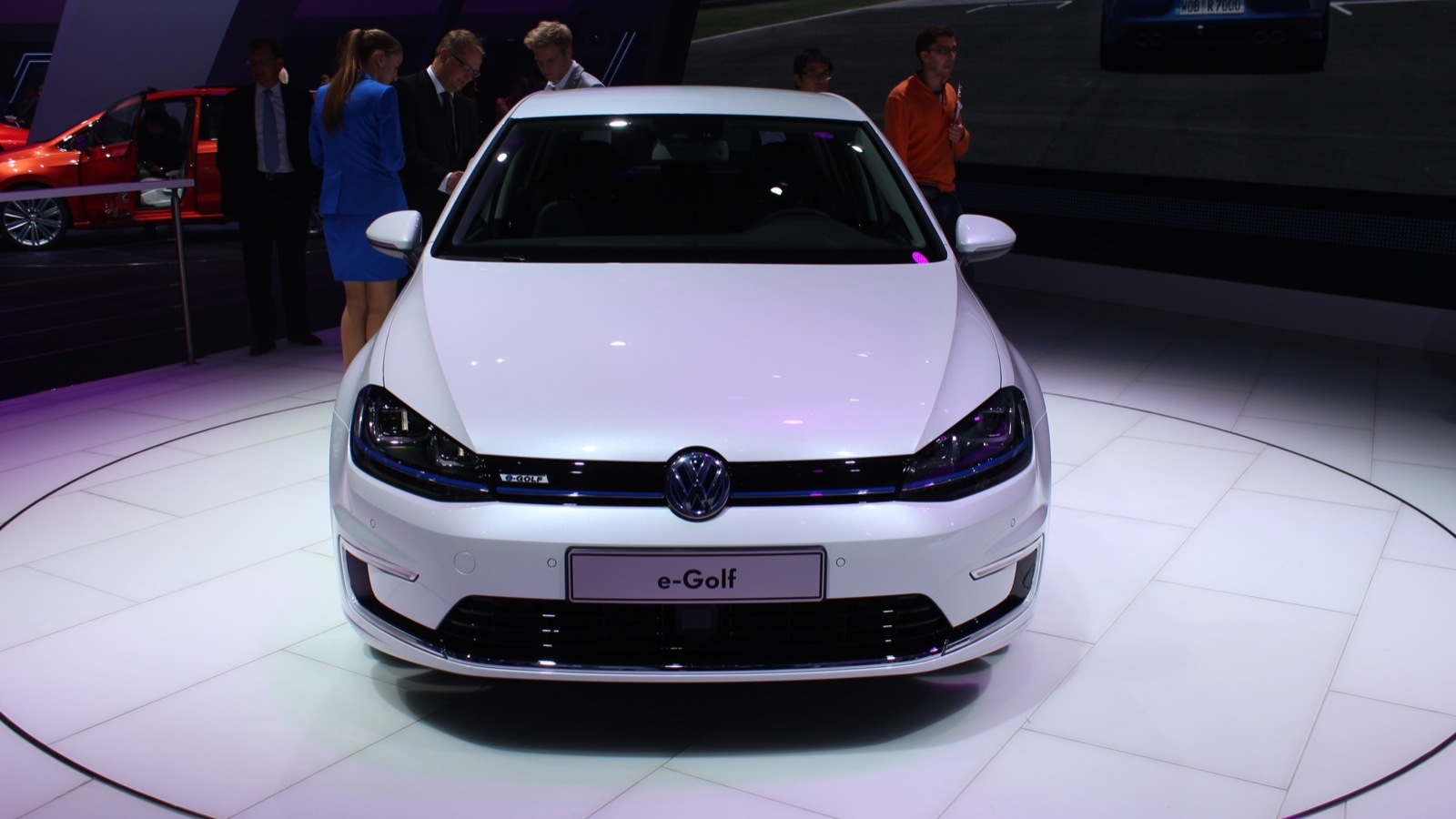 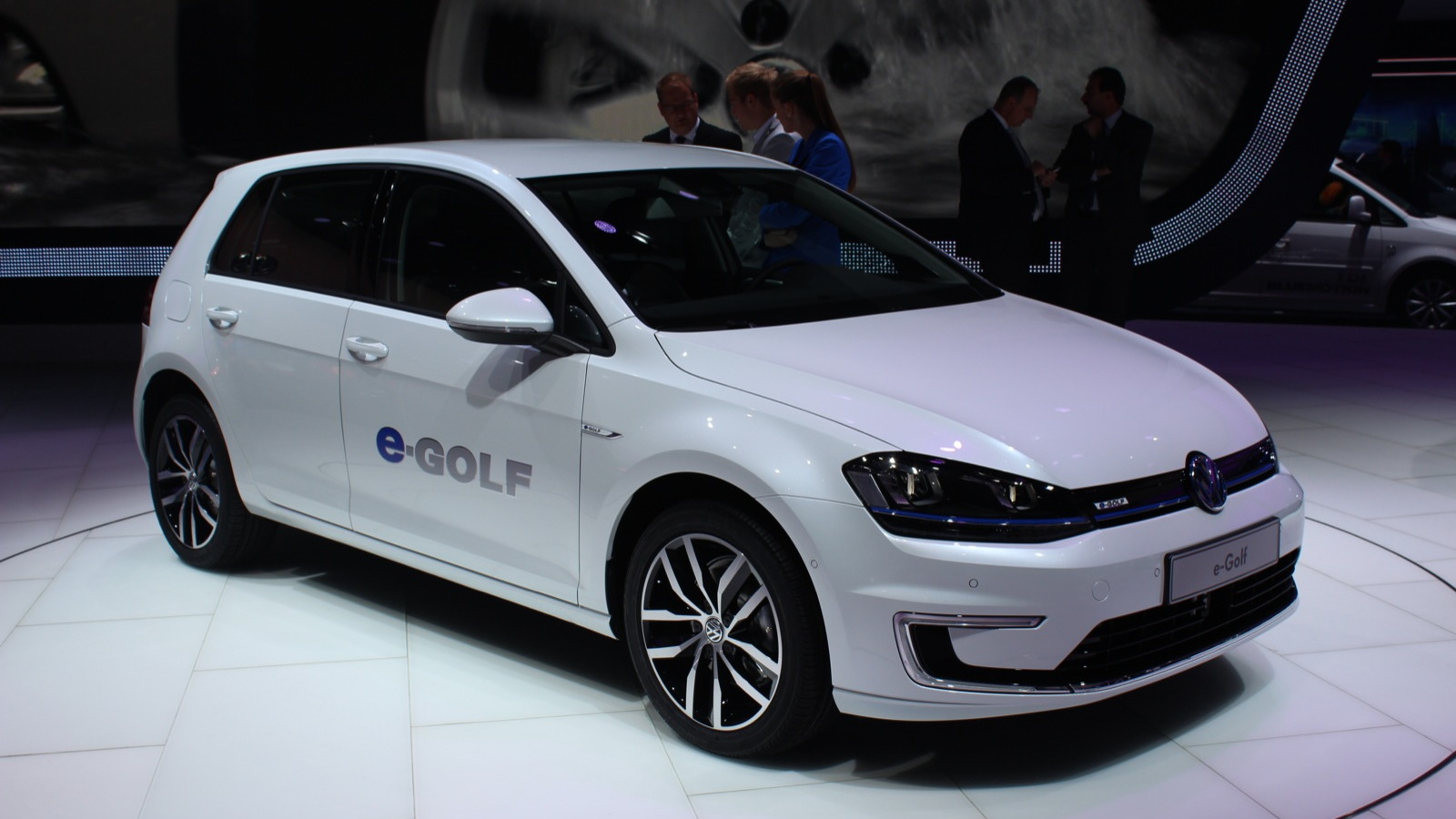 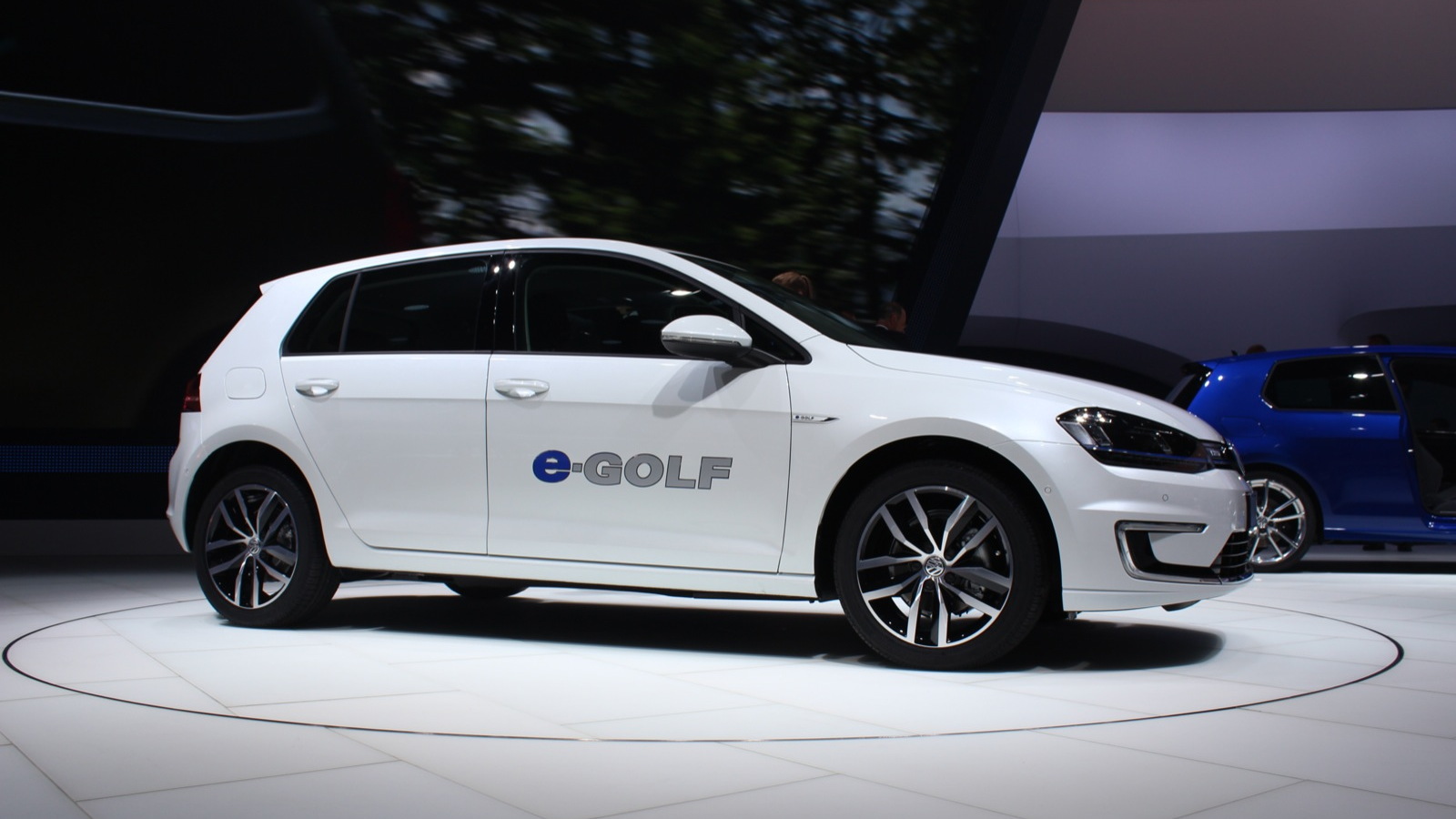 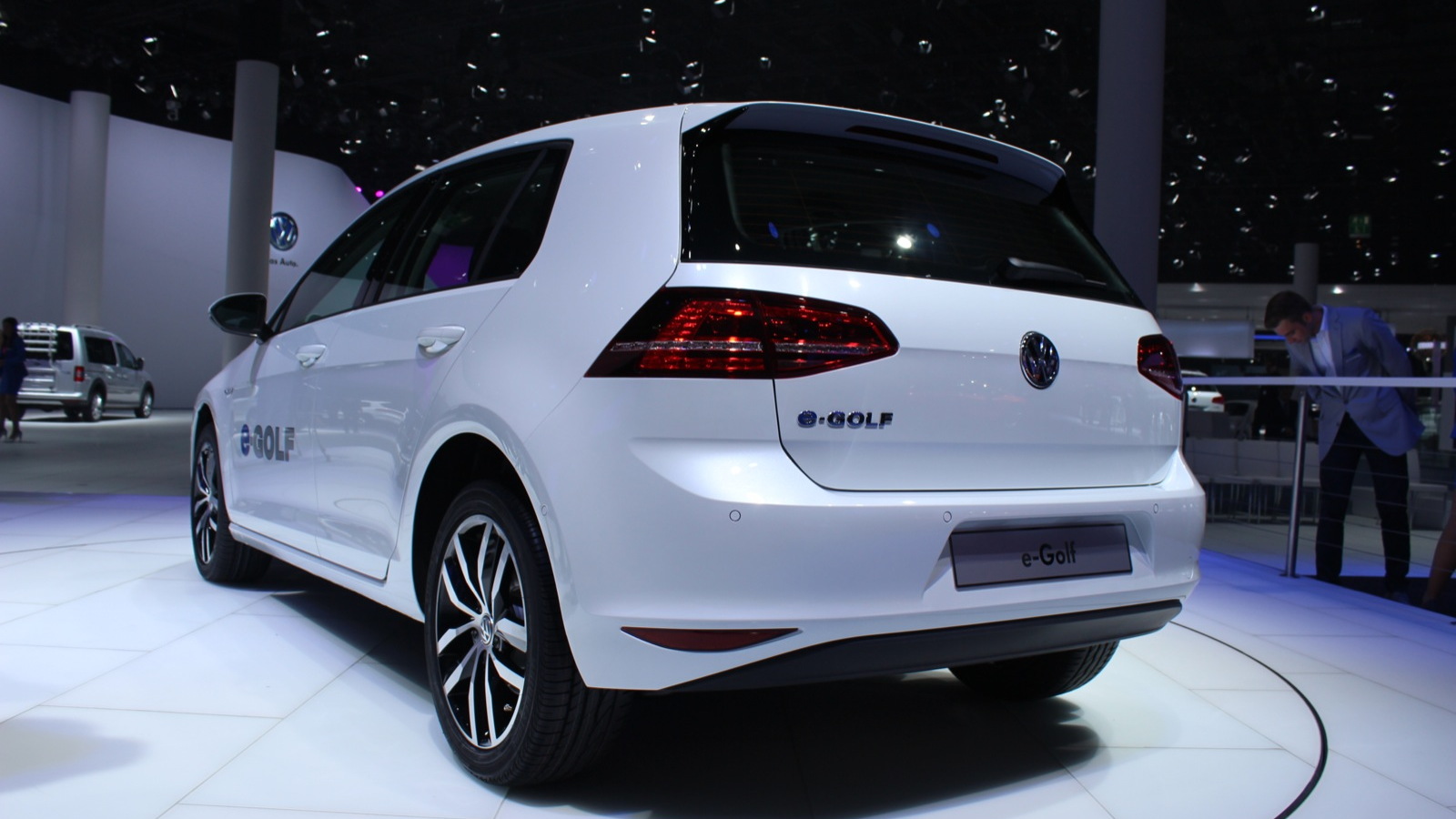 Along with the e-Up electric city car, the e-Golf represents VW's first major step into the battery electric car segment.

The e-Golf may look like an ordinary hatchback, but underneath the familiar skin is an 85-kilowatt (114 horsepower) electric motor and a 24.2-kilowatt hour lithium-ion battery pack.

Volkswagen says the electric powertrain will propel the e-Golf to 62 mph in 10.4 seconds, and on to an electronically limited top speed of 87 mph.

There are two driving modes--Eco and Eco+--, as well as four regenerative braking modes for modulating braking system's veracity.

The e-Golf also features revised aerodynamics, giving it a coefficient of drag of 0.28. This was achieved by modifying the grille, rear spoiler, and C-pillars and adding radiator shutters, underbody paneling, and more aerodynamic wheels.

The e-Golf is also the first Volkswagen with all-LED headlights.

There's some electric-specific instrumentation as well: The tachometer is replaced with a power display, and the center-stack touchscreen displays such relevant information as range and energy flow.

As with most electric cars, hooking the e-Golf up to a DC Fast Charging system nets an 80 percent charge in 30 minutes, though in this case the e-Golf will use the new CCS fast-charging standard that competes with the Japanese CHAdeMO.