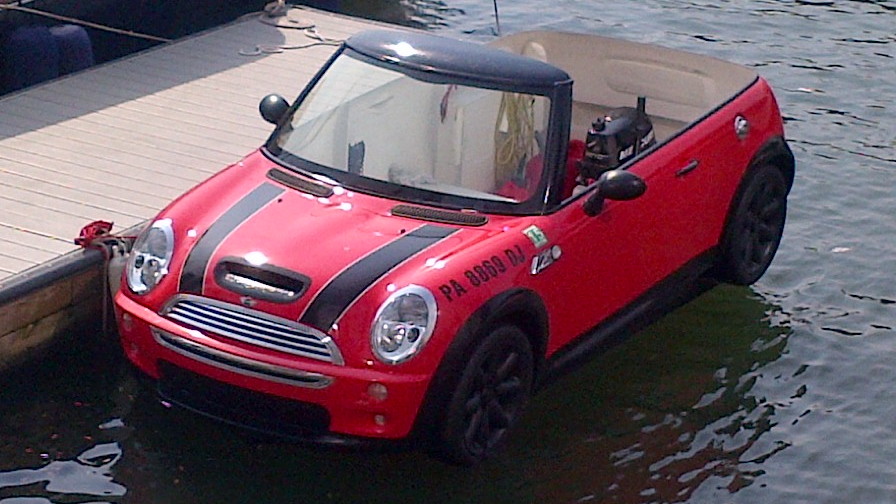 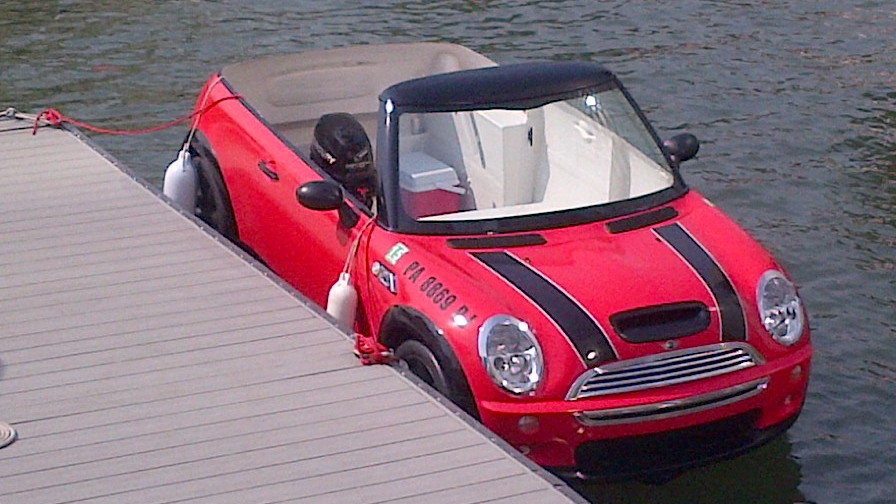 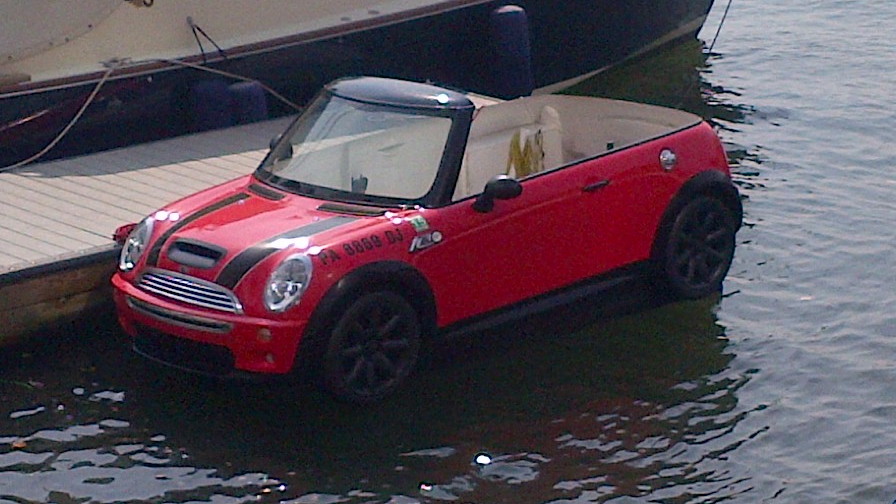 We get a lot of spy shots of new or prototype cars sent in to High Gear Media, but not that many come from waterproof cameras.

These photos show a potentially new and so far unknown MINI model parked at the marina that adjoins the World Financial Center in downtown Manhattan.

Or perhaps moored would be a better word, since this MINI is floating on the surface of the water and quite clearly aquatic.

The floating minicar was dubbed the Boatman by our photographer, following the MINI naming convention that has spawned the Clubman, Countryman, and Paceman thus far.

It's somewhat down on power, with the standard MINI Cooper's 121-horsepower 1.6-liter four-cylinder engine having been replaced by a 6-hp marine outboard engine of unspecified capacity.

We weren't able to obtain performance figures for the prototype vehicle being tested.

While other aquatic vehicles have been proposed from time to time--the early-1960s Amphicar shares some British-car roots with the Boatman, and more recently the Gibbs Aquada and Rinspeed sQuba have made a splash--this would be the first entirely aquatic model from a major automaker.

As it turns out, according to MSN Autos, the marine MINI was built by MINI USA's Eastern Region as part of the brand's "Not Normal" sales event almost a year ago.

A fiberglass mold of the standard MINI Cooper Convertible body, mounted to a floating hull, has been carefully accessorized with the headlights, badges, wheels and tires, tailgate, and steering wheel of an authentic MINI.

While underway, the wheels rotate to make it appear as though the aquatic MINI model is driving on the surface of the waterway.

Among other appearances, the MINI Boatman has motored--or, perhaps, been piloted?--through the waters of the Aberdeen Dad Vail Regatta, in which no fewer than 3,700 rowers from more than 100 colleges and universities compete in 150 races.

Held every year since 1934, that event is the largest inter-collegiate regatta in North America and attracts more than 35,000 spectators.

Moored near the World Trade Center, however, the MINI Boatman probably earns that many stares every day during its tenure in New York City.

Our thanks to Dave P. for the photos!