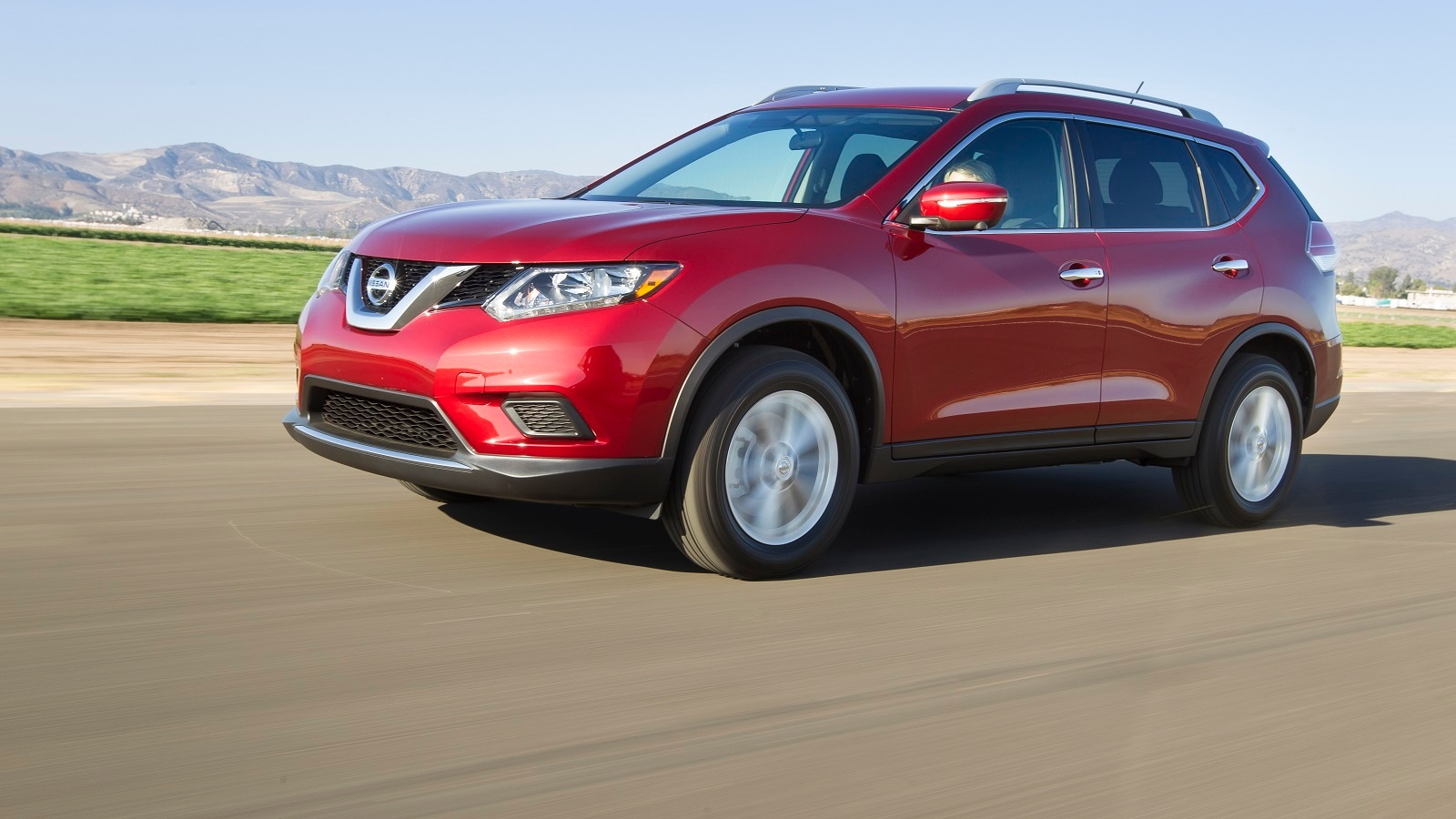 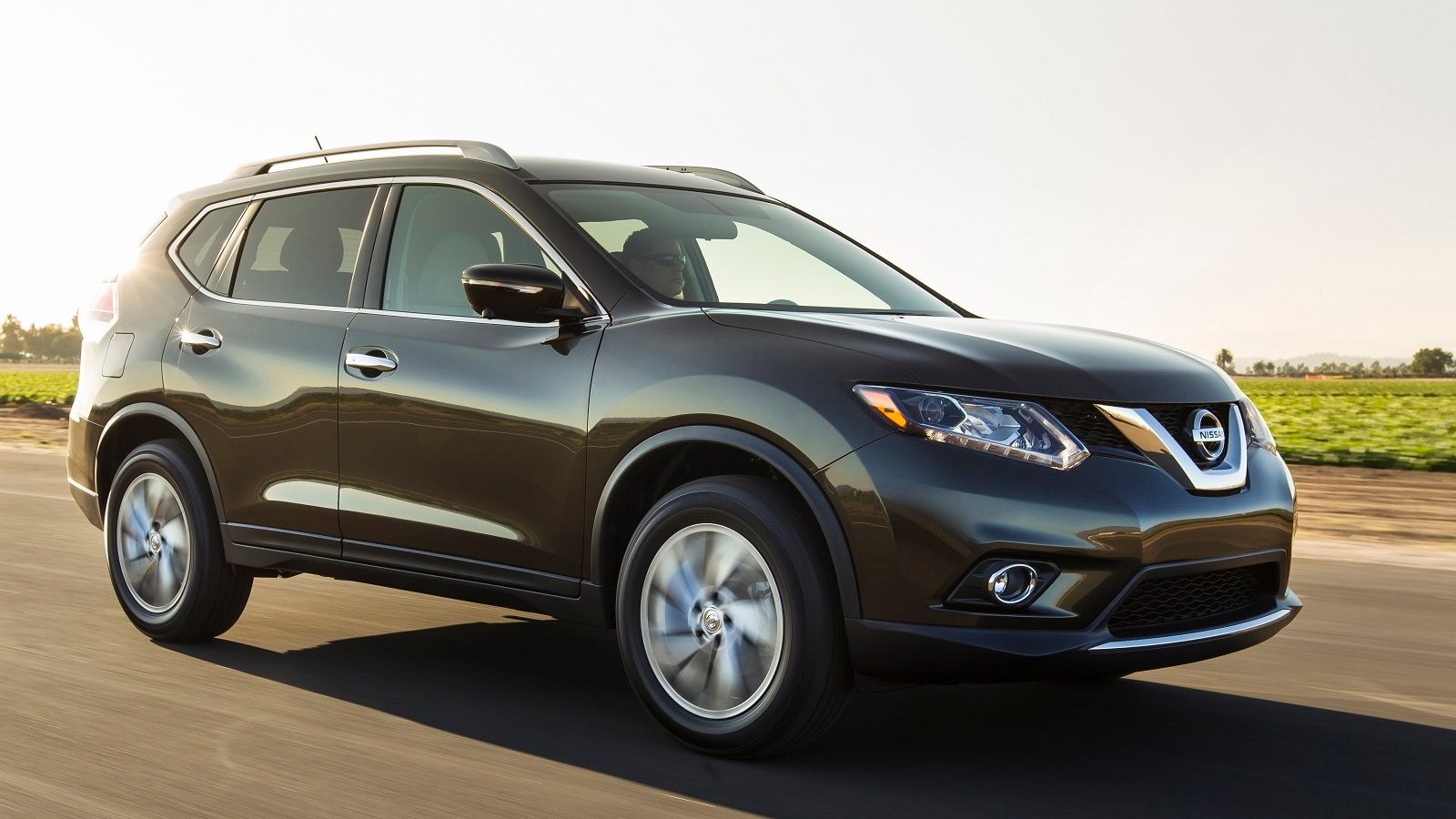 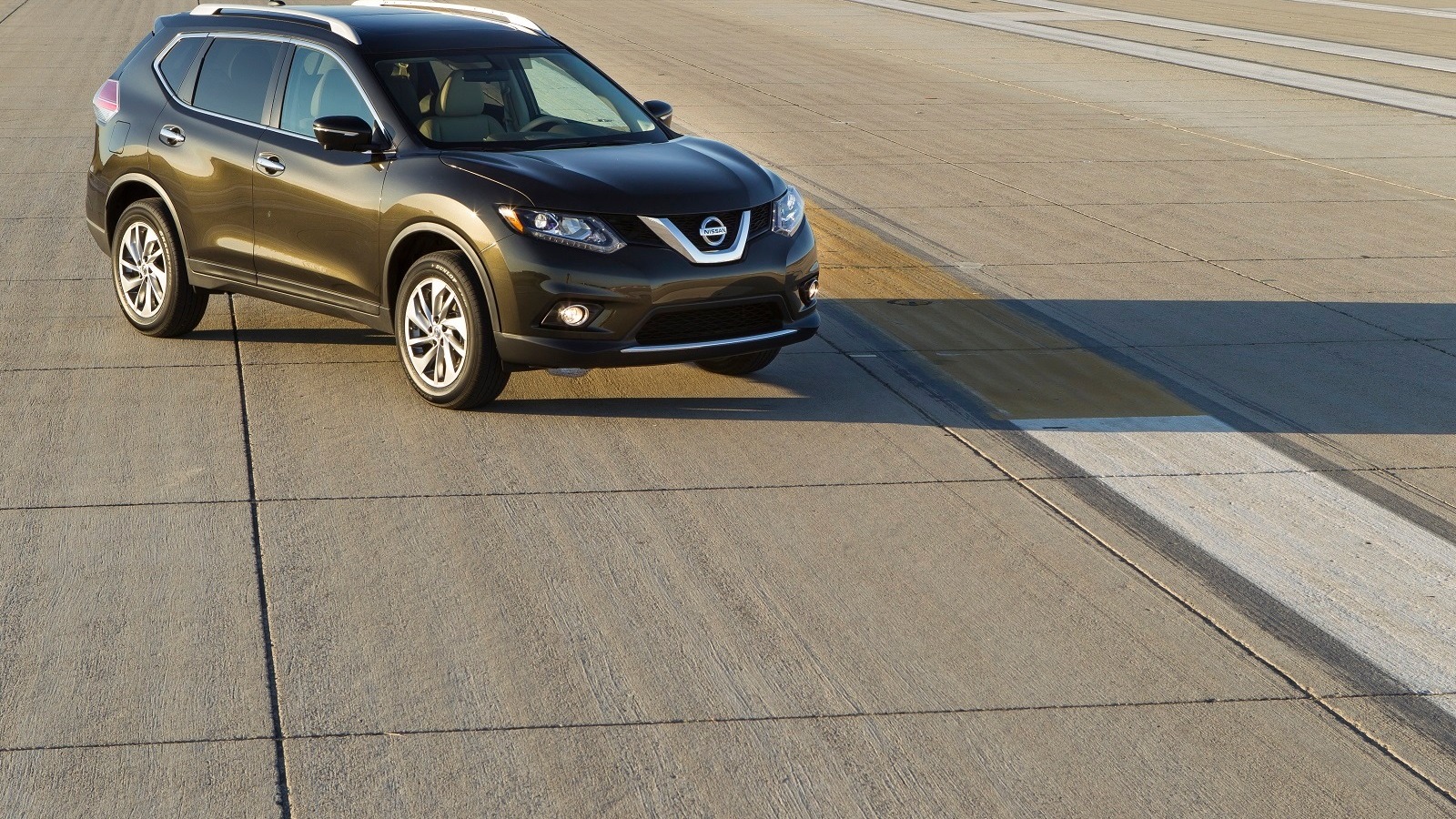 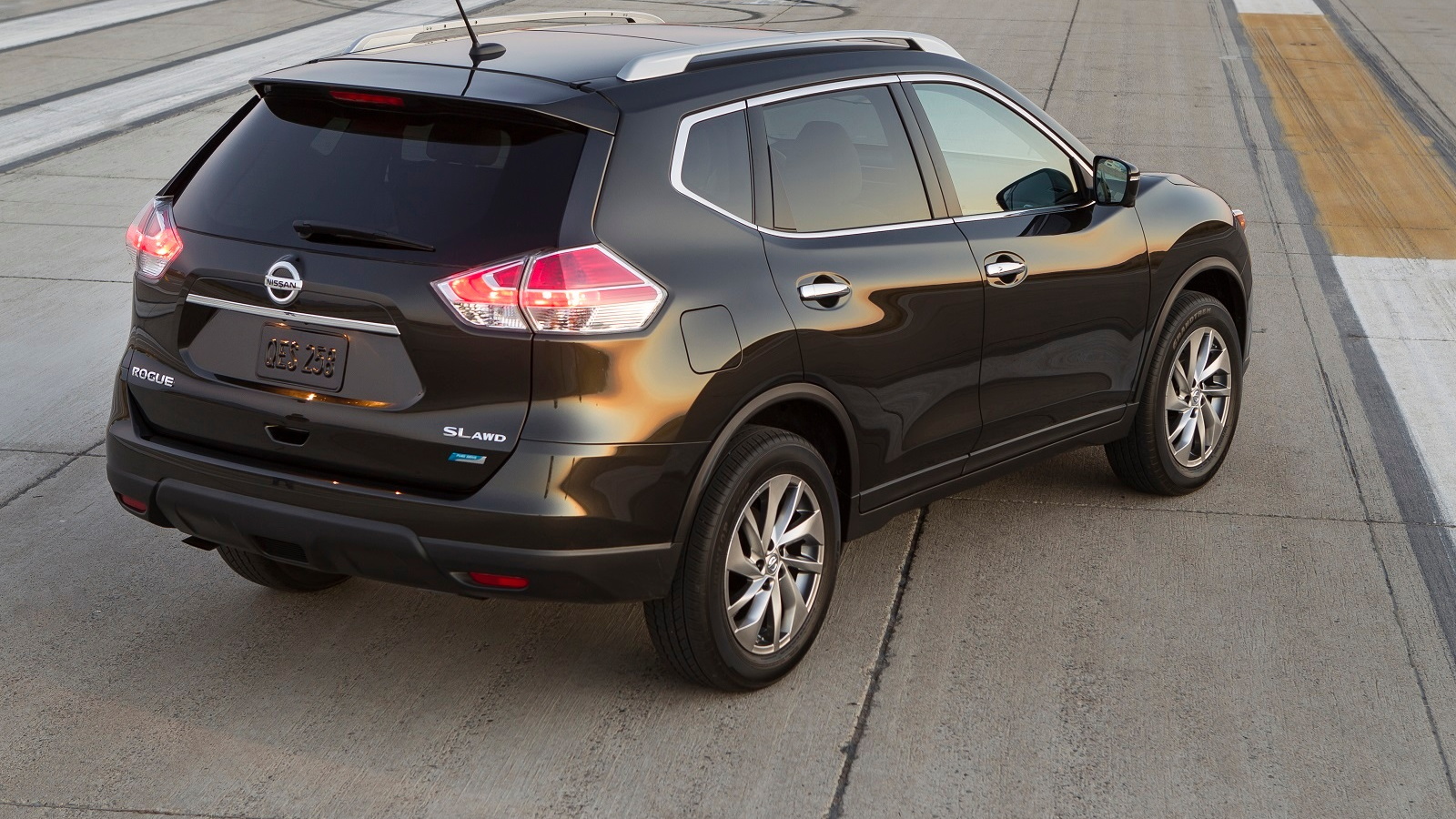 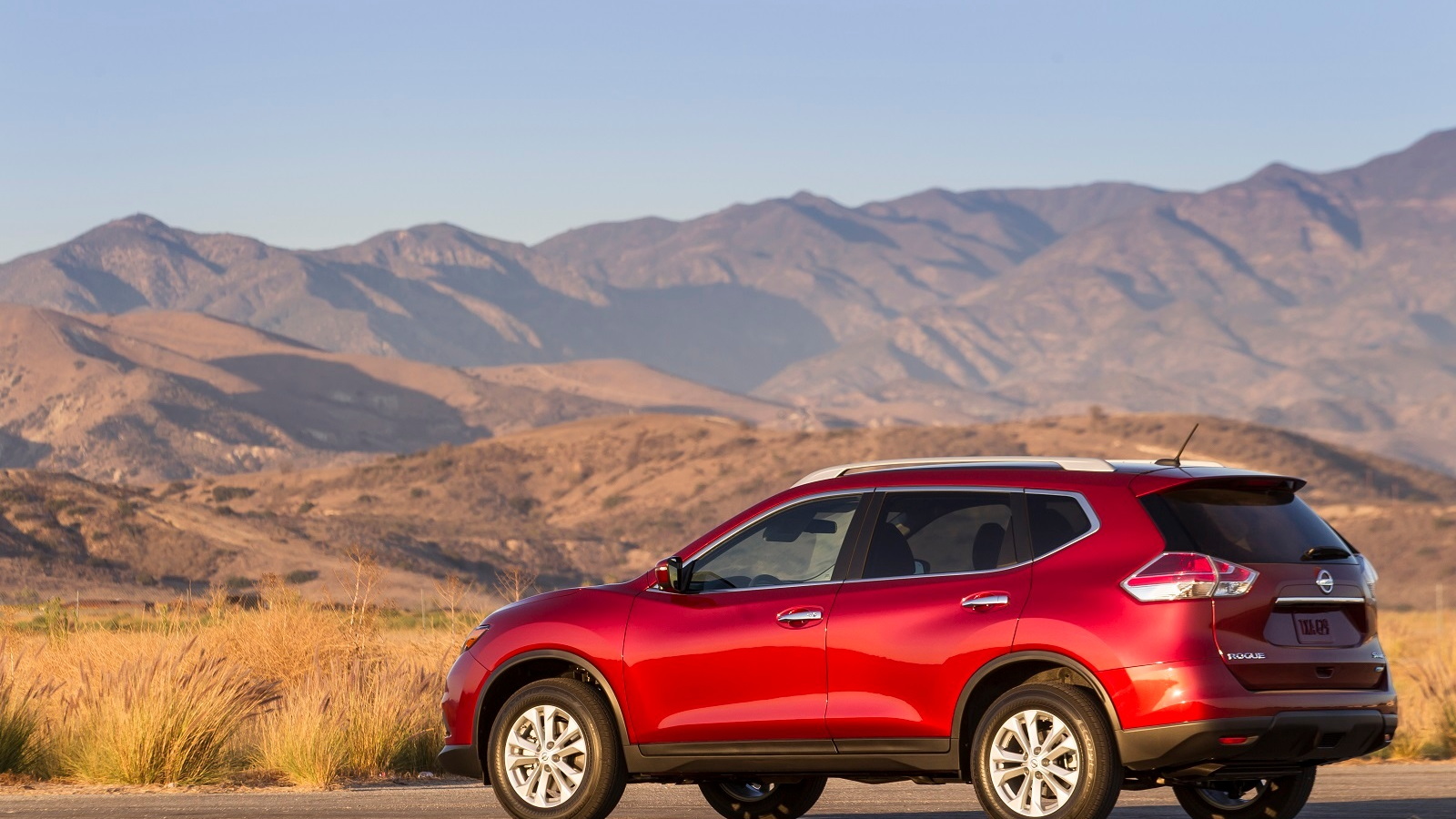 This morning, Nissan pulled the covers off a pair of all-new compact crossovers at the Frankfurt Auto Show.

Though they're sold under different names in Europe, the vehicles are what we'll come to know in North America as the 2014 Nissan Rogue.

The new 2014 Rogue will arrive at dealers this November, with a starting price just above $23,000.

It promises not only fresh styling, more features, and a greater array of options for family buyers, it will also be slightly more fuel efficient.

The well-known 2.5-liter four-cylinder engine and Xtronic continuously variable transmission (CVT) found in the previous Rogue make a return for the second generation.

The engine is again rated at 170 horsepower, though Nissan says the 175 lb-ft of torque is higher than the specs for competing vehicles.

The numbers will fall, of course, if optional all-wheel drive is fitted. The current Rogue with AWD is rated at 24 mpg combined (22 mpg city, 27 mpg highway).

A hybrid version, probably coming as the 2015 Nissan Rogue Hybrid, should improve on those figures somewhat more.

The Rogue's styling is very much in line with the latest Nissan design language found on new models of the last few years, complete with swoopy side accents, a rising window line, and LED running lights.

The wheels are 17 inches as standard, with a top-of-the-line Rogue model offering 18-inch alloy wheels.

Regrettably that window line makes rear three-quarter vision almost impenetrable from inside the car--one reason Nissan has fitted a rear-view camera as standard.

A new function called Active Ride Control compensates for bumps in the road by minutely adjusting the engine and CVT to smooth the Rogue's body motions for a smoother ride.

Active Trace Control can adjust the torque to inside drive wheels or brake individual wheels slightly to improve safe cornering.

Among the family-friendly changes inside the 2014 Rogue: more flexible seating and an optional third-row seat (a first for the Rogue).

Testing the new Rogue at the Nissan 360 event in California a few weeks ago, we found that adults could actually--with considerable effort--insert themselves into the third-row seat.

That said, it's really just for small children: The seat and back cushions are remarkably thin--so they can fold away--and there's precious little headroom to boot.

The second seat slides back and forth, so with negotiation, third-row passengers can claim adequate legroom.

The 2014 Nissan Rogue is still among the smaller compact crossovers, but the doors open more widely and the new model is more than an inch taller.

There's also a cargo organizer system for the load bay that offers a mind-numbing 18 different configurations for stowing bags, cartons, soft items, and all the other stuff that families find themselves carting around.

The third-row seat is an option, as are a panoramic sunroof, those advanced safety systems, and full LED headlights.