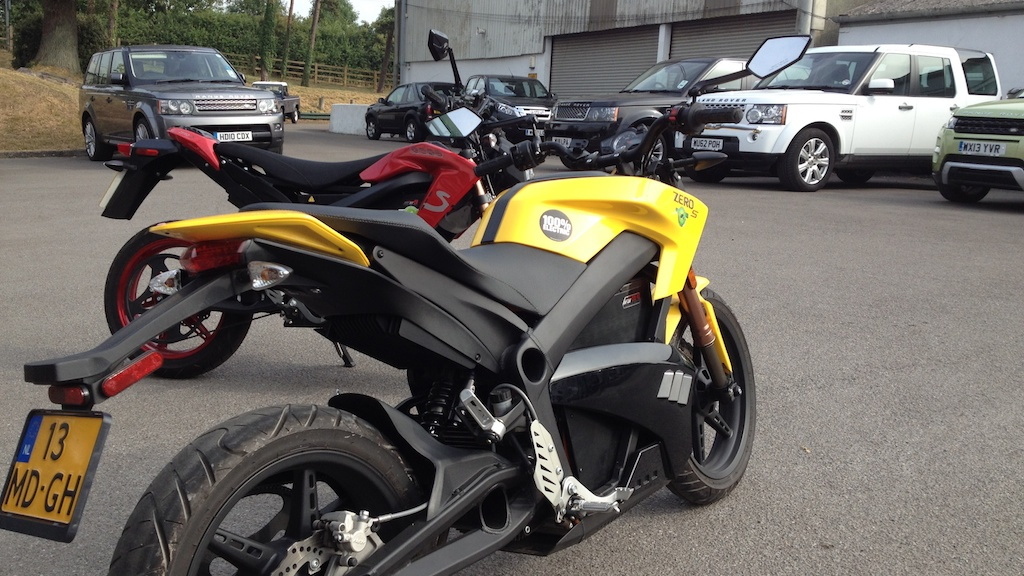 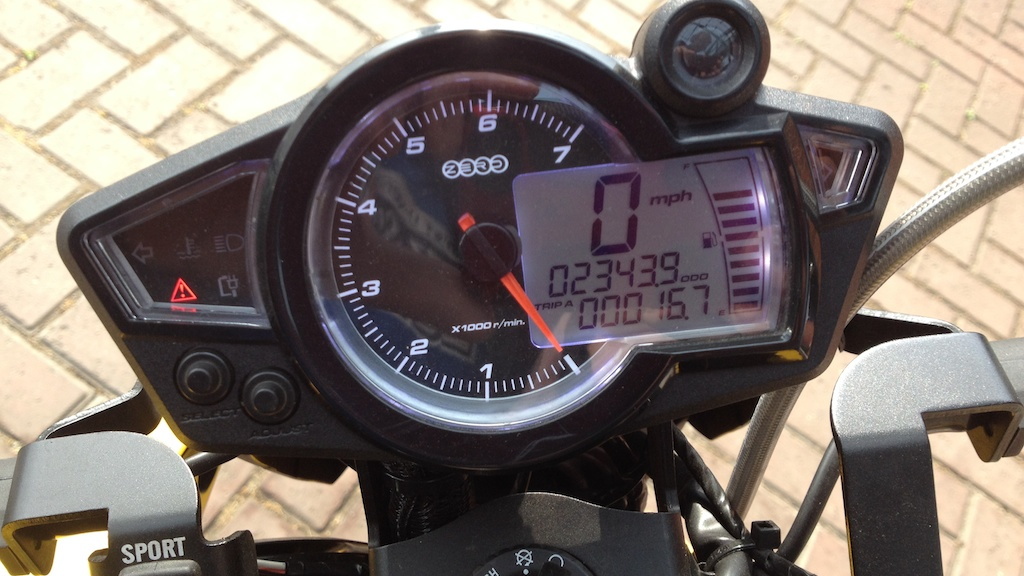 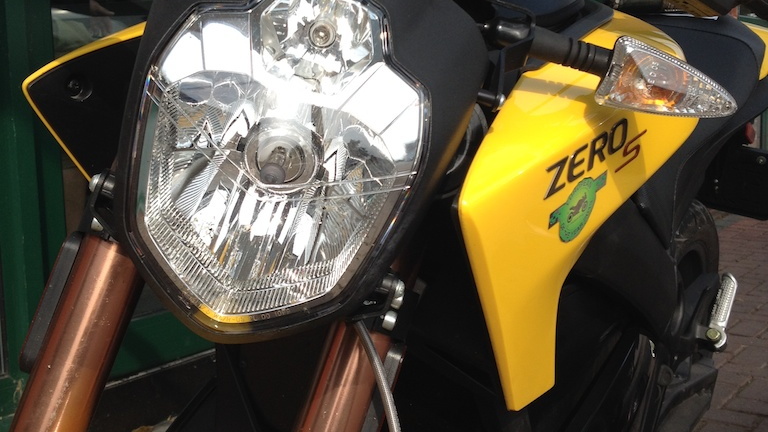 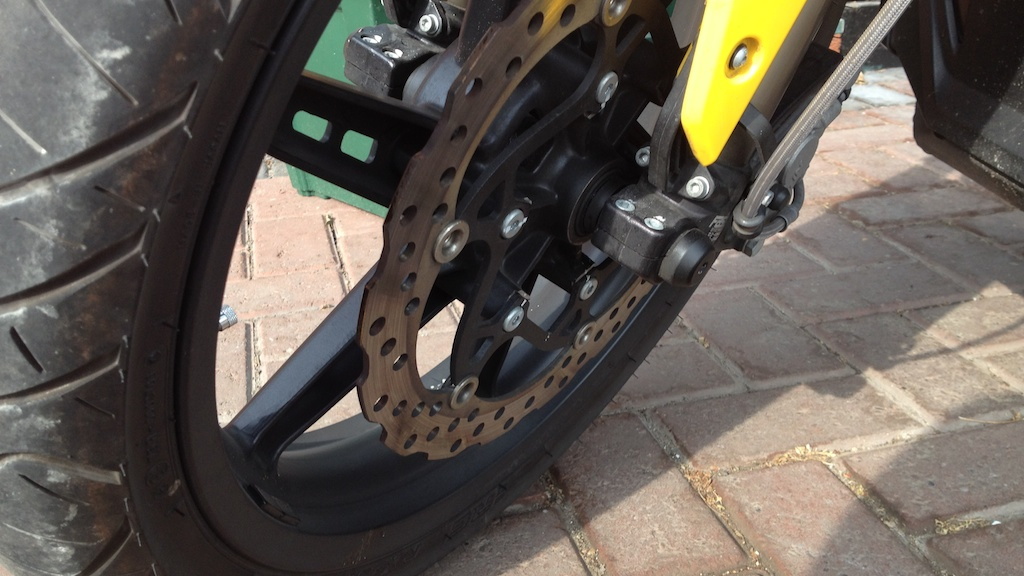 As any parent will tell you, watching children grow up and mature is a powerful, life-changing experience.

We’re not sure the same can be said watching a car or a motorcycle grow and evolve from one generation to the next--but if the 2013 Zero S were to have parents, we think they’d be proud.

After a few years of making a stir in the motocross arena, Zero decided to bring its expertise into the world of road-legal two-wheelers--and the first 2010 Zero S was born.

With a limited top speed of 67 mph and barely enough range to tackle the daily commute, the 2010 Zero S was hardly what most people would call a motorcycle. Its design didn’t help either, with the seat perched flat on top of the frame in a way that made it look like the love child of a motocross champion and a moped.

To its credit, Zero listened to criticism, learned from its mistakes, and continued to innovate, resulting in the 2012 Zero S. With a new motor, better battery pack and more sensible performance specifications, it could hold its own in the city and even enjoy the occasional freeway sprint.

But despite Zero’s hard work, even the long-range 2012 Zero S ZF9--with a 9-kilowatt-hour battery pack good for 114 miles combined range--didn’t quite feel like a real motorcycle.

If the first six years of Zero’s history were its formative years in elementary school, though, the 2013 Zero S has thrown away the insecurities of junior high and is ready to play with the big kids.

In fact, the Zero S has been given a complete ground-up redesign for 2013, with a more grown-up design, bigger, 40-kilowatt motor and either 8.5- or 11.4-kWh battery packs, depending on the model you choose.

Before we get to performance, though, let’s look at the design

With aggressive shoulders, accentuated ‘faux’ tank (which hides an impressively deep tank bag in a space most bikes would hold gasoline) and a two-tier seat, the 2013 Zero S is a motorcycle you sit in, rather than on.

While this might sound like an insignificant design feature, it isn’t. By making the seat lower and giving the Zero S a more conventional appearance, it becomes a much more approachable and enjoyable motorcycle to ride.

Most importantly, it also makes the Zero S look and feel like every other sports bike out there--gaining the respect and admiration of pretty much every biker we came across on our weekend-long test-ride. The last time we went out on an electric motorcycle, we got stares and pity laughs.

Then there’s the actual performance. With an impressive 68 lb-ft of torque from standstill and no gear-changes to worry about, the Zero S can keep pace with most 500 and 600 cc sports bikes up to and beyond the legal limit.

Only its electronically-limited top speed of 95 mph--which you’ll never see unless you’re speeding or on a closed track--marks it out as different.

Brake harder, and the Zero’s ample Nissin disc brakes bring it to a safe stop. The only noticeable quibble is the Zero S's rather hard suspension, although this should be easy to rectify thanks to its full adjustability.

Clever throttle mapping makes it possible to control the 2013 Zero S at slow speeds with exquisite accuracy, rolling along at no more than walking speed without any fuss.

In fact, at low speeds, we found the Zero S behaved like a much bigger motorcycle--going exactly where we wanted at the speed we wanted it to, making even tight low-speed turns a breeze.

As with most electric cars, the 2013 Zero S and its dual sport cousin--the 2013 Zero DS--aren’t lacking in gadgets. Both models come with Bluetooth connectivity as standard (but not to play music or take phone calls over).

Instead, both bikes use the Bluetooth as a way to let owners tweak torque, top speed and regenerative braking settings when in Eco mode. Just connect your iOS or Android device, and Zero’s free smartphone app lets you adjust various motorcycle settings.

The same app doubles as a user-customizable second display, turning a rider's smart phone into an extension of the motorcycle dash. Since the standard dashboard doesn’t include range estimates or regenerative braking details, this is particularly useful when trying to maximize range.

Driven sensibly, the 2013 Zero S ZF11.4 will manage over 120 miles in city traffic, while more enthusiastic freeway driving will result in between 50 and 80 miles of range.

Given that some sports motorcycles will easily drain a tank of gasoline in that same distance, we think the 2013 Zero S is the first all-electric motorcycle that's good enough to go head-to-head with a comparable 500cc sports bike.

The 2013 Zero S proves that electric motorcycles really have come of age--and it’ll only get better from here.

With another review promised for 2014, Zero’s sports bike is rapidly headed toward graduation, and may even have kids of its own.

Dig our your leathers: now you can have a sports bike that’s green too.