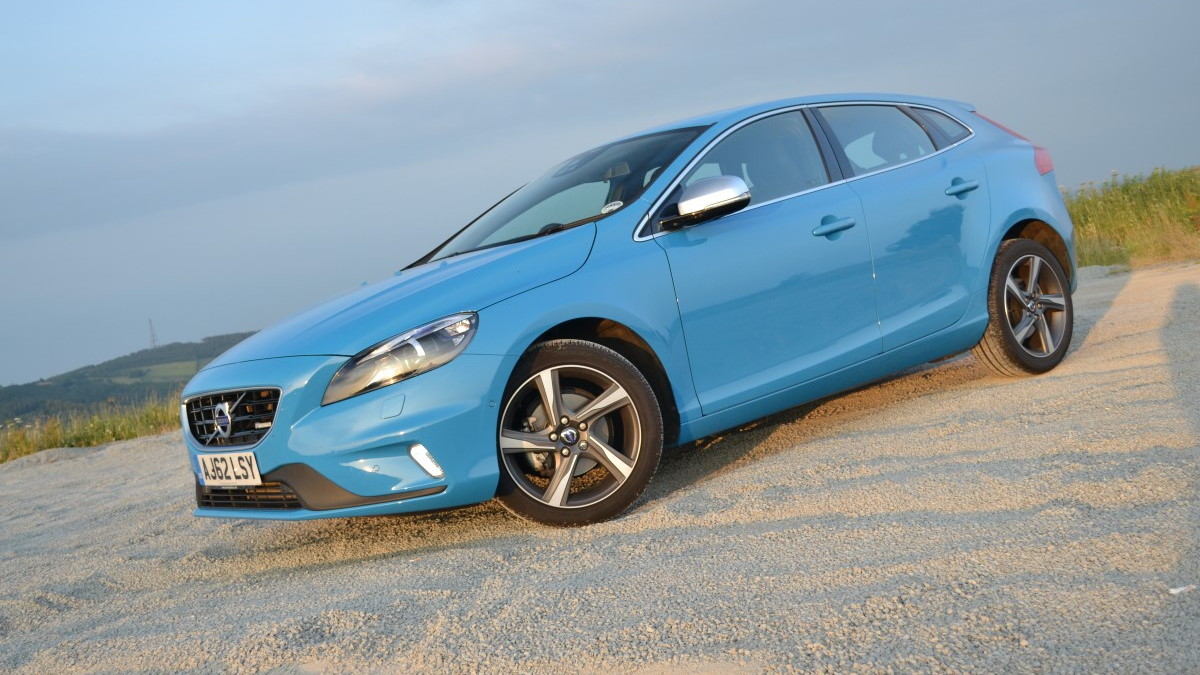 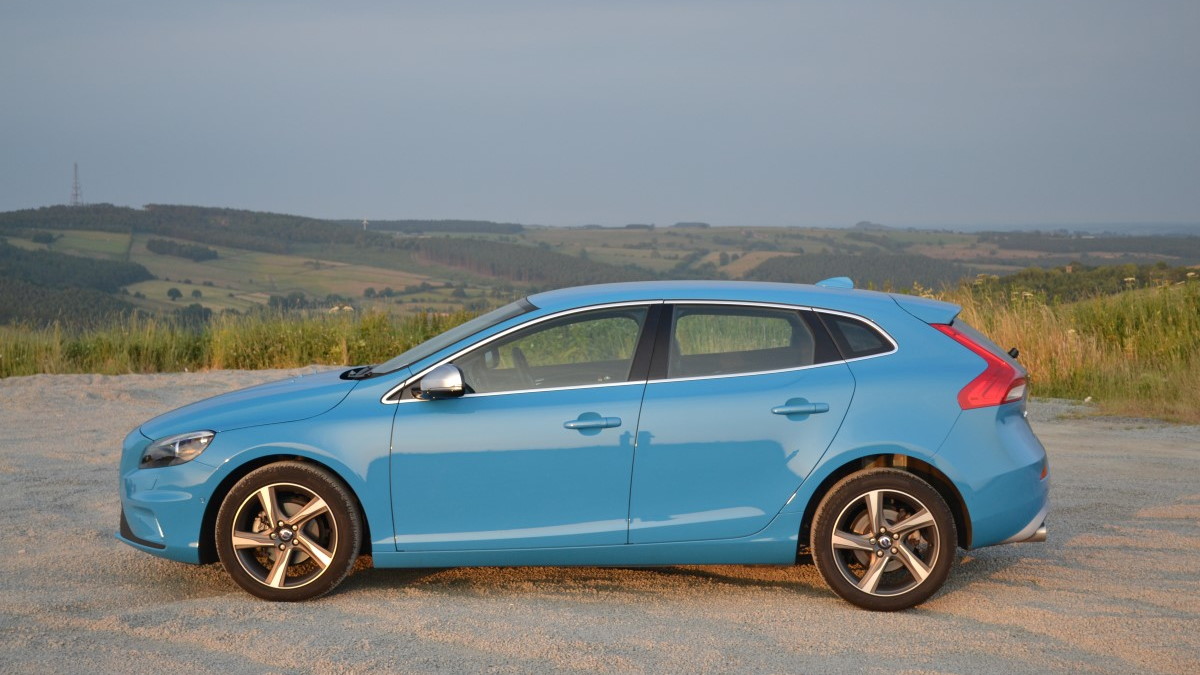 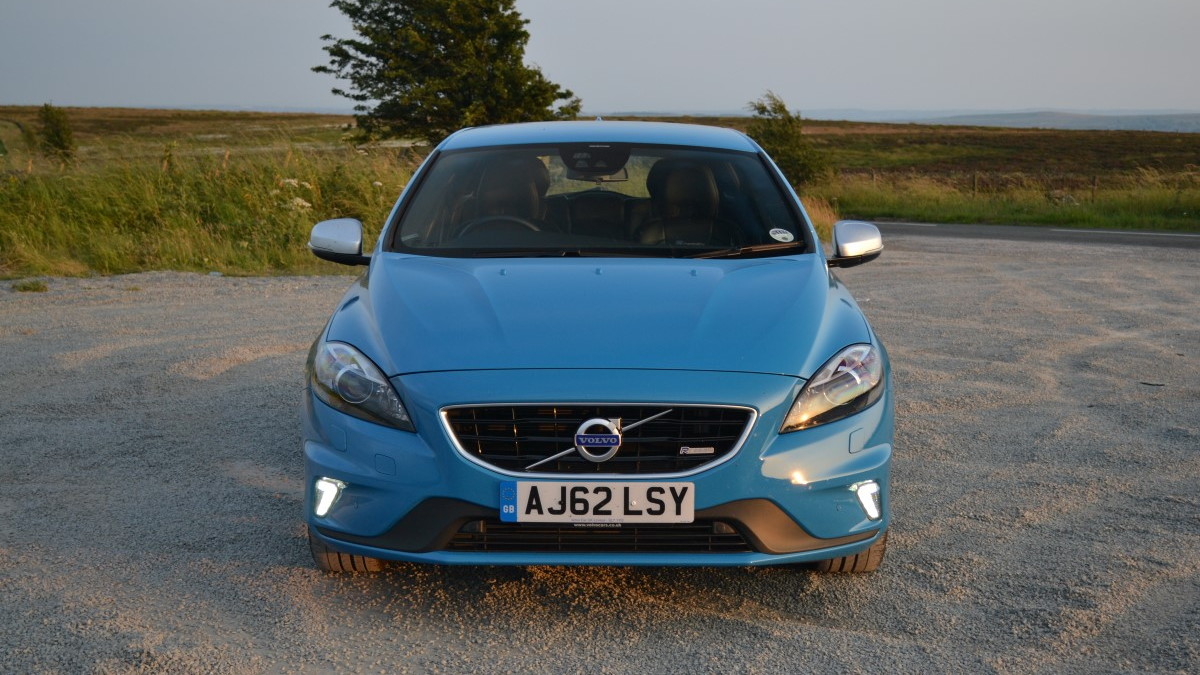 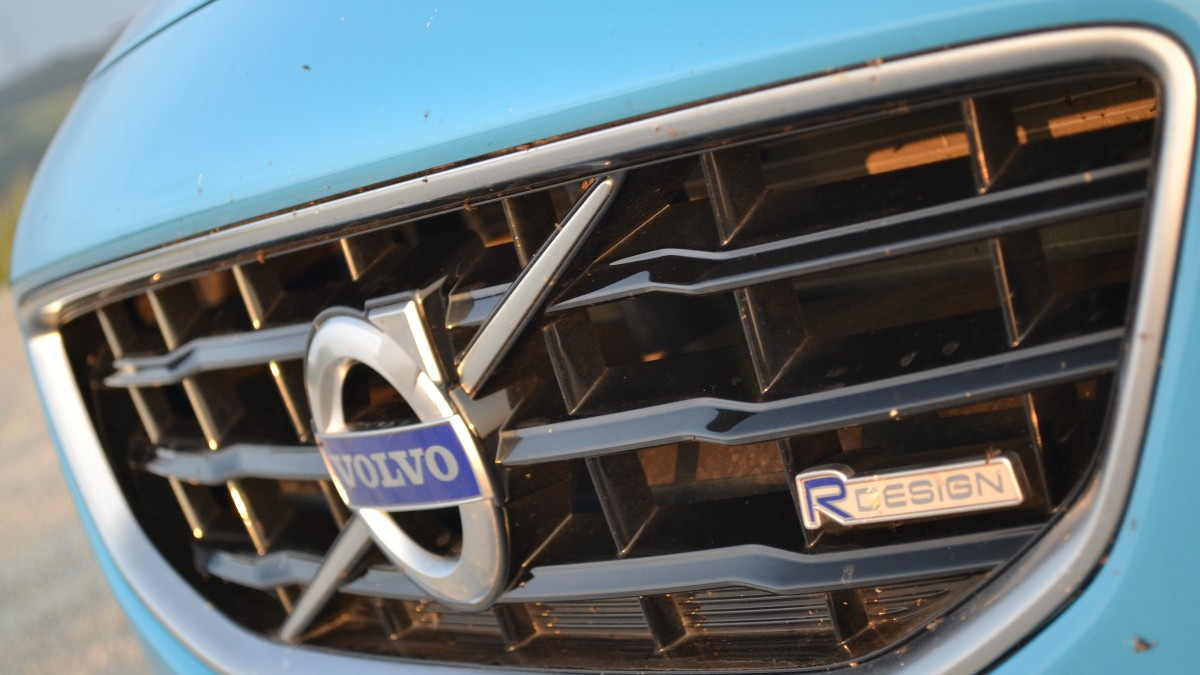 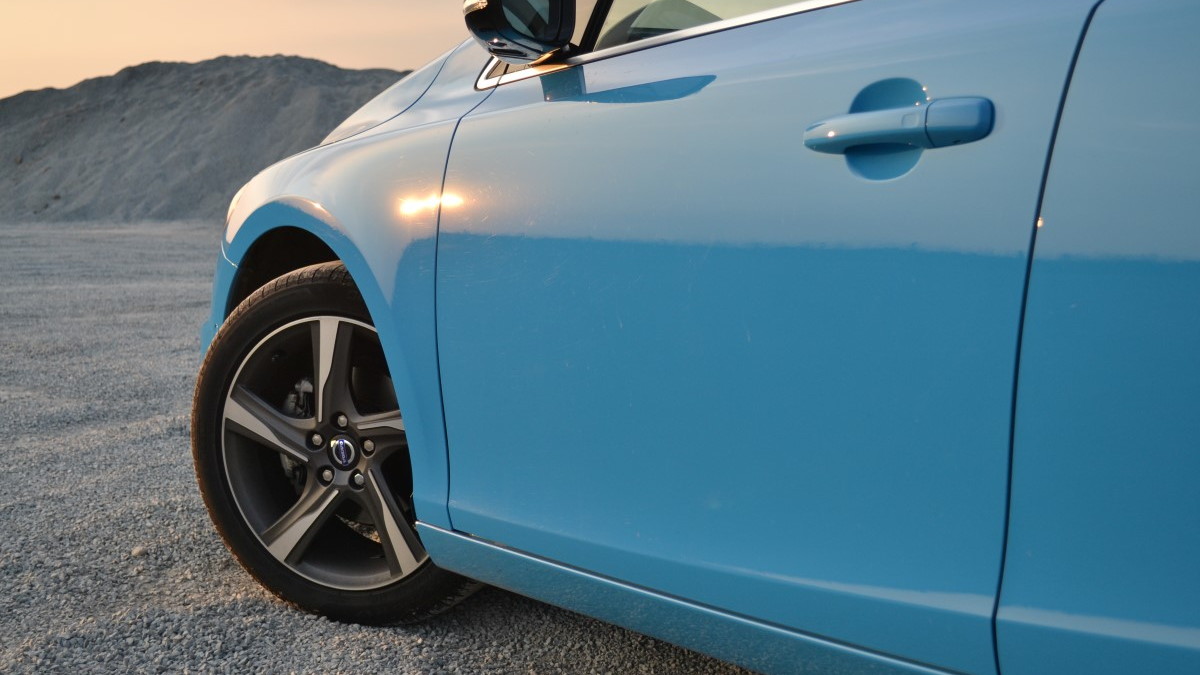 14
photos
There's currently a significant gap in the Volvo range between the sporty C30 hatchback and sleek S60 sedan.

That gap used to be filled by the S40 sedan. It's a car Volvo no longer sells in the U.S, but for European buyers its role is now occupied by the V40.

Not only that, but the V40 comes with a range of diesel engines denied to U.S. buyers--a familiar scenario for American diesel fans. We've been driving just such a model in the UK over the past week, and predictably, you're somewhat missing out.

For a start, the V40 is quite a looker. In sports-orientated R-Design trim and 'Rebel Blue' paintwork, it's among the more distinctive cars on the road.

The unusual glass tailgate design is supposed to remind people of both the C30 (now discontinued in Europe) and the old P1800. Around the front, it's business as usual for a Volvo, while the side profile is much lower and sleeker than segment rivals like the Audi A3 or Volkswagen Golf. The R-Design package adds a tasteful body styling kit, rear spoiler and propeller-like alloy wheels.

As do the dials - Volvo has switched to entirely LCD displays for the V40, and they're among the best-looking on the market. A tachometer and digital speedometer reside in the center, while power usage meters, water temperature and other graphs sit to the sides. Even the turn signal lights are part of the display, rather than individual lights.

In fact you'll still not consider it sporty after driving it, but that isn't to say it can't get you down the road smartly. Its 115 bhp output is nothing special, but the 199 lb-ft of torque available between 1,750-2500 rpm is much more useful.

Responses are a bit dead below 1,500 rpm but from then on it moves along quite swiftly, before power dies off again at around 3,000 rpm. This is quite a narrow band in which to work, but the slick manual gearshift and six ratios do allow you to make the most of it. Throw caution to the wind and 62 mph will come up in 11.7 seconds--not spectacular, but the V40's mid-range punch makes it feel quicker than the numbers suggest.

Those European buyers who do crave more power have D3 and D4 diesel options too, the latter pumping out 177 horses and 324 lb-ft from its 2.0-liter diesel and reaching 62 in under 8 seconds with the optional auto transmission.

The V40 has a grown-up feel familiar to Volvo drivers since the dawn of time, with low wind, road and engine noise. In fact, it's one of the quieter small diesels we've tested--ahead of the equivalent Volkswagen Group products, and quieter even than our previous favorite, the Honda Civic 1.6 diesel.

The steering is meaty and there's plenty of grip, befitting the sporty billing. Only the ride misses the mark--it's not as cossetting as you'd expect, approaching uncomfortably firm on some surfaces.

Volvo's myriad safety systems all work well and make you feel secure on the road. This car was equipped with collision warning and blind-spot detection systems--the former beeps at you if it thinks you've not seen a cyclist, pedestrian or parked car at lower speeds; the latter flashes an orange signal near the door mirror to alert you to cars hidden out of view.

So, to the V40 D2's raison d'etre. Does its 1.6-liter diesel engine perform where it matters?

Yes and no. Predictably, it falls far short of Europe's typically wayward combined economy figures. Europe says it will do 65.3 mpg in mixed driving, identical to that of the Civic we drove before.

But while the Civic achieved a remarkable 55 mpg in our hands, the Volvo was closer to 45 mpg. Part of that is down to the different routes on the two tests--the Civic was largely tested on the freeway, the Volvo in town and country driving. A two-way 45-mile freeway trip at 70 mph did reveal the Volvo was capable of nearer 51.5 mpg at these speeds, though that does still lag the Civic.

Even so, it's not a bad result for a supremely comfortable, good-looking and refined luxury compact. And the Civic was unusually good, recording higher mpg in similar driving to any other diesel we've tested in the UK--so there's no shame in the Volvo not reaching those numbers.

U.S. buyers might expect more performance, so we suspect the 2.0-liter diesels would be best suited. Now all we need is to convince Volvo to bring them over...