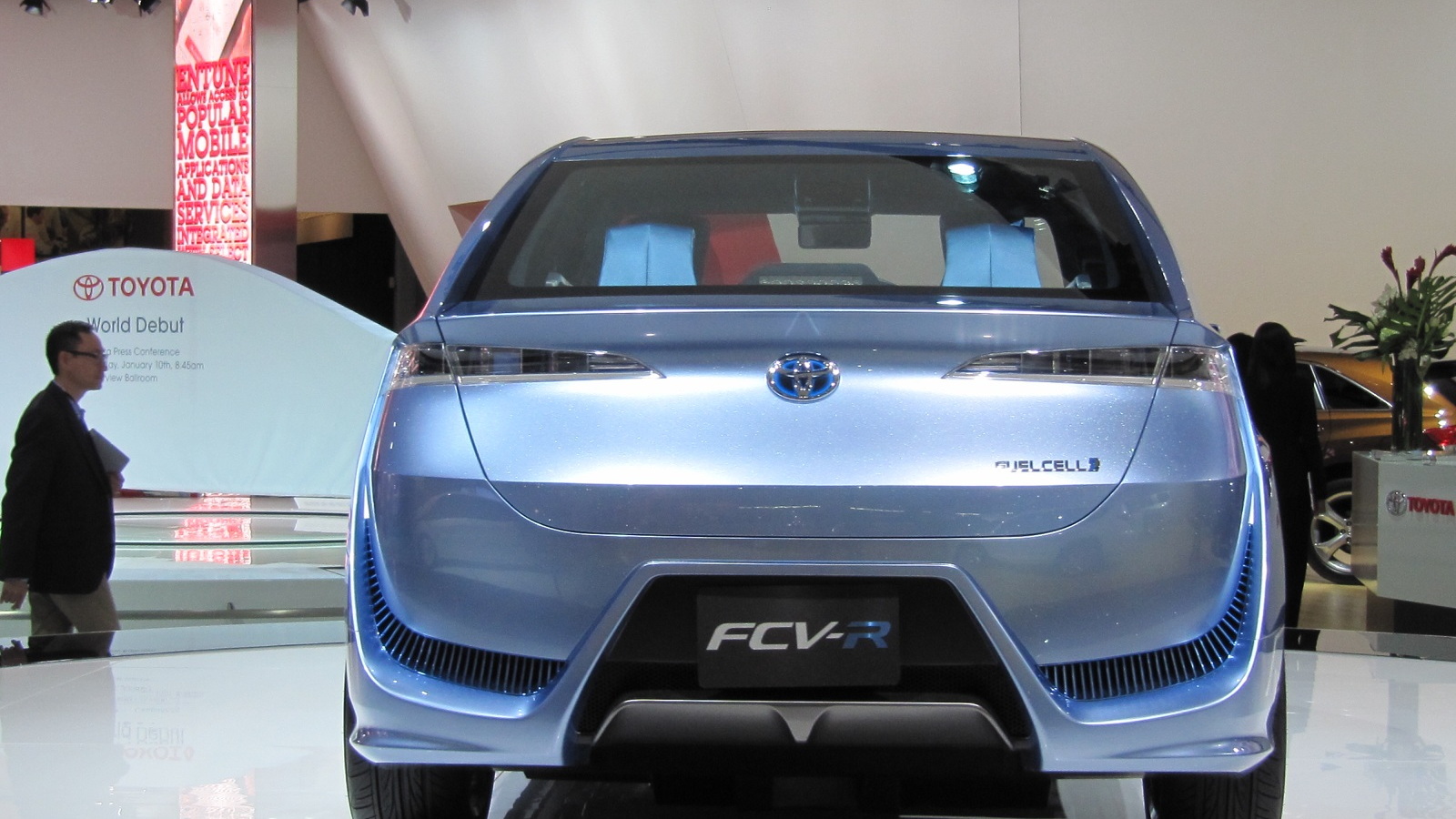 7
photos
Would you buy a fuel cell car with similar range and at a similar price to the Tesla Model S electric car?

Toyota will be hoping some customers will, as Bloomberg reports the Japanese automaker will show its fuel cell vehicle at November's Tokyo Motor Show.

The new car is expected to debut in 2014 as a 2015 model-year vehicle, though it's unclear which markets it will initially appear in.

It isn't even clear what brand the hydrogen fuel cell vehicle will debut under, the company previously suggesting it would be badged as a Lexus and sell for around $50,000.

That price appears to have remained in the same ballpark, though Chris Hostetter, U.S. group vice president for advanced product development, told reporters the car will be "price competitive" with the Tesla Model S--a car that starts from just under $70,000 before incentives.

Range on a tank of hydrogen should be around 300 miles, and while there's not yet a suitable network for fuel cell vehicles, it promises similar range to the Model S with filling times more in keeping with regular gasoline and diesel vehicles.

Stylistically the greatest clues to the new fuel cell car come from the existing FCV-R concept, though with a new Prius around the corner there's likely to be some family resemblance to Toyota's green flagship too.

Fuel cell vehicles are expected to play an increasing role in the green transport sector, with several top automakers working on fuel cell projects--Toyota itself recently teamed up with BMW to expediate and reduce costs of future development.

Others are less convinced--among them, Elon Musk, who called them "fool cells" in an interview last month (as well as previous occasions).

"They are so stupid,” he said, “...you could take best case of a fuel cell, theoretically the best case, and it does not compete with lithium-ion cells today."

The Tesla Motors CEO added that lithium-ion cells still are far from their optimum, too.

However, Bloomberg notes that we've been here before, early reports dismissing Toyota's hybrid technology. Five million cars down the line, hybrids are no longer the gamble they once were.

There's no guarantee fuel cells will follow in those footsteps, and improvements in electric vehicles will continue to reduce their weaknesses over the next few years. Toyota's fuel cell car will need to be groundbreaking to compete.