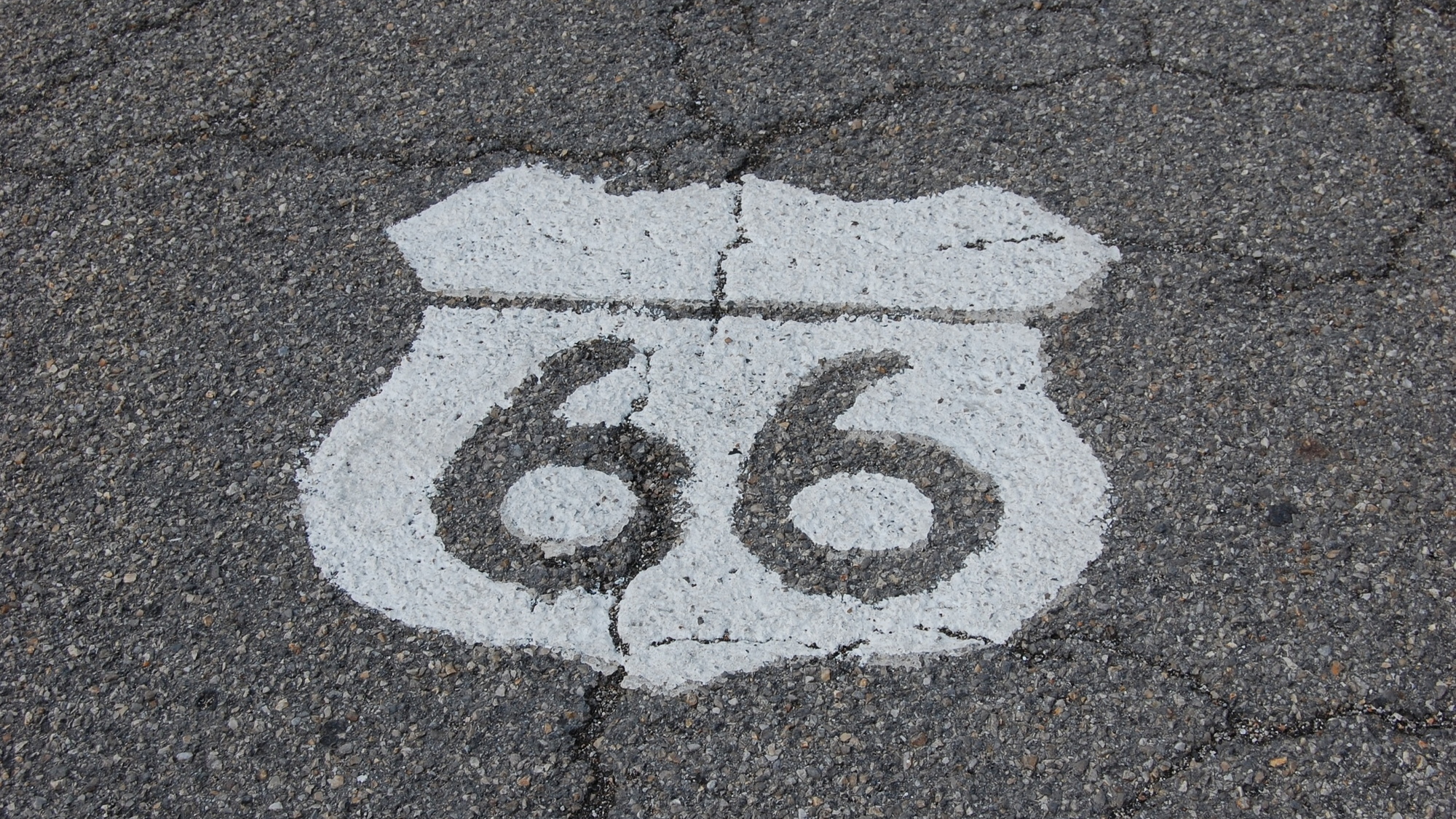 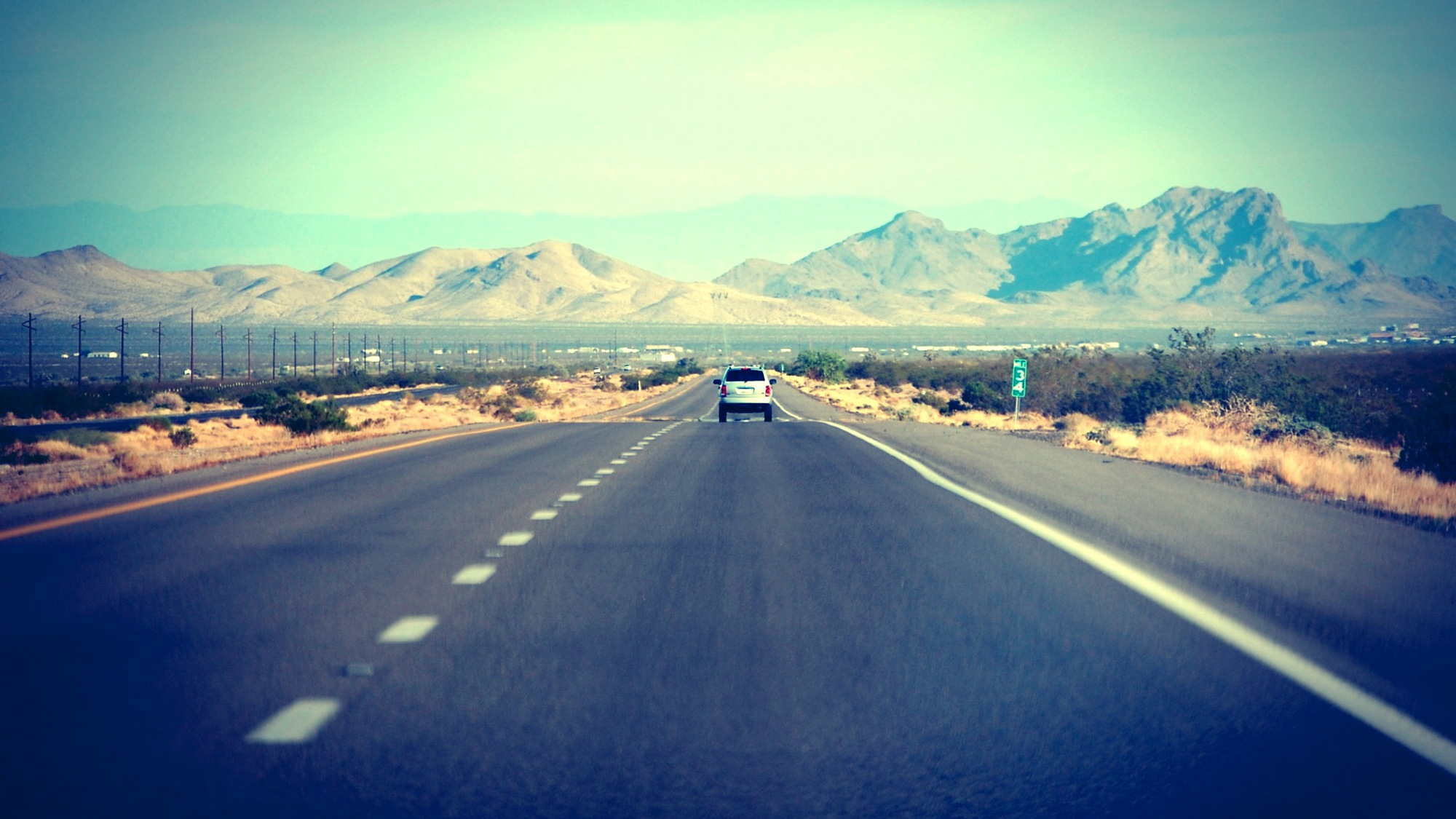 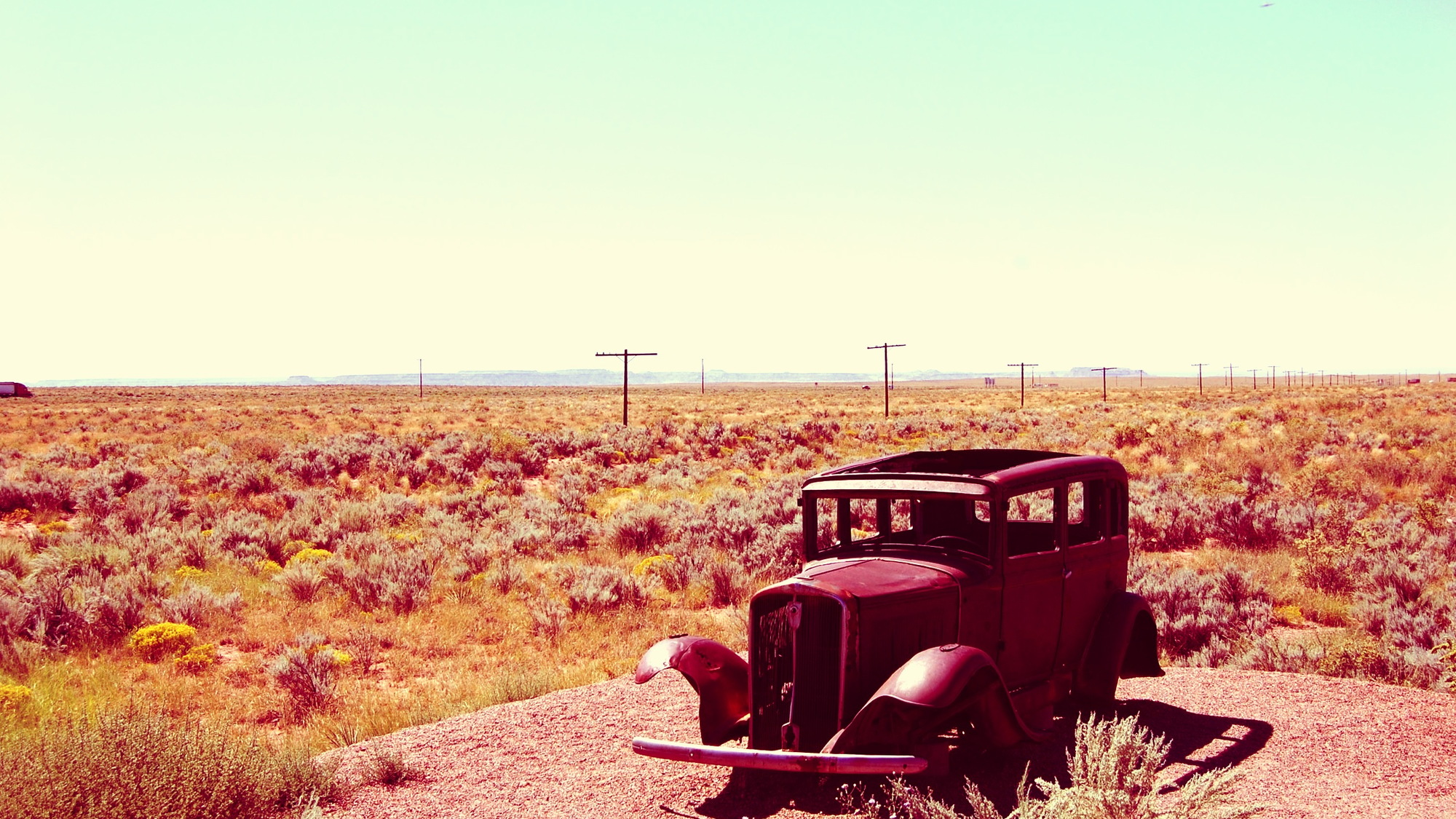 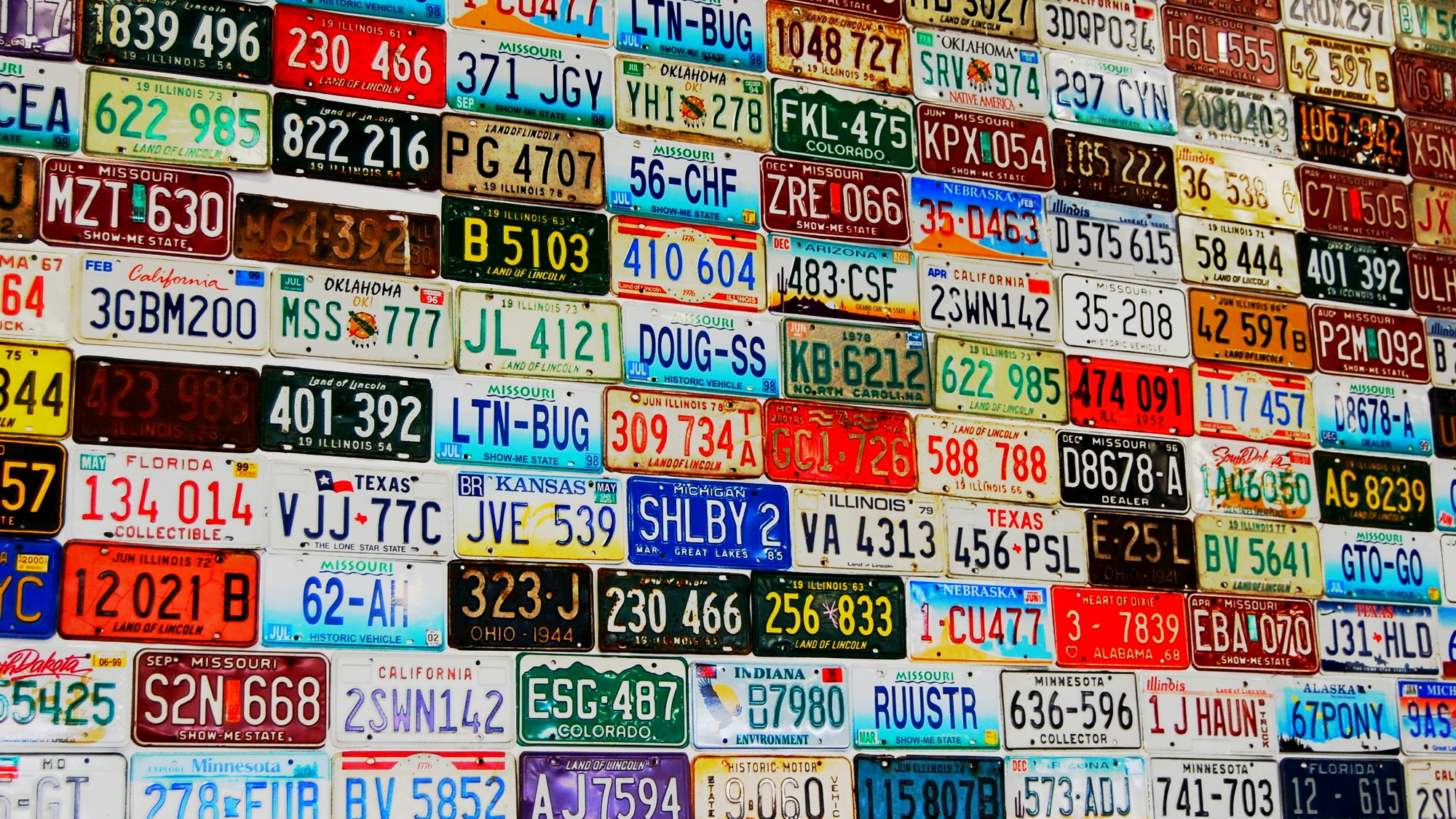 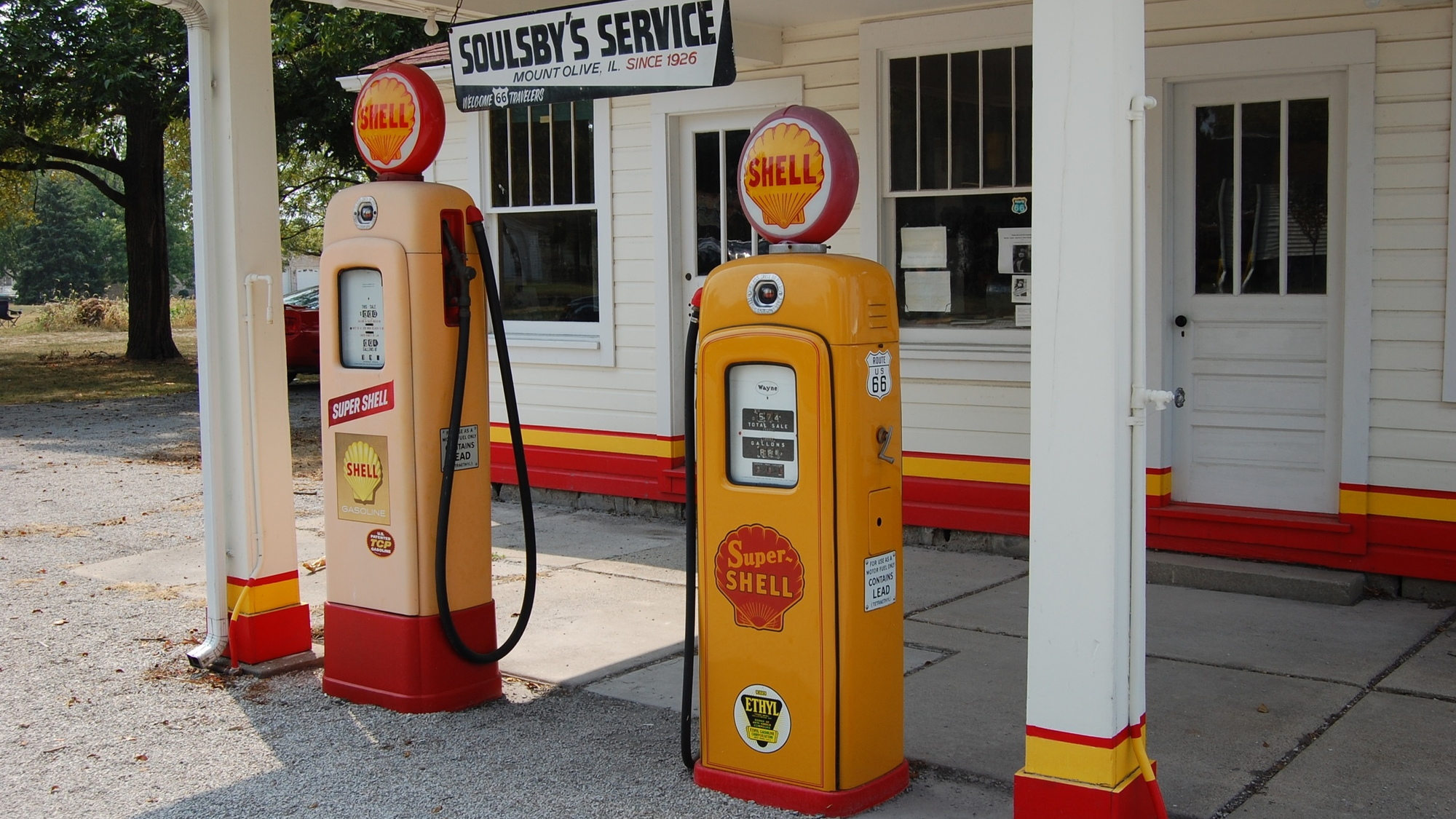 Eisenhower's Interstate Highway Act of 1956 effectively signed the route's death warrant--and indeed, the towns along it, as flat, smooth, effortless interstate carved its way through the country and around previously prosperous towns..

But could the electric car rekindle interest in the historic highway?

TriplePundit thinks it might, after a trip along the St. Louis to Tulsa leg in a 2013 Ford Fusion Energi plug-in hybrid.

This author thinks it could too. Back in 2007, myself and two friends decided to take on the famed Route 66 ourselves, having just finished college and keen to travel before several years of university weighed us down.

If you're to take on a road trip you might as well start big, and few come bigger than a trip along the 'Mother Road'. Chicago to Santa Monica, "more than two thousand miles all the way", as Chuck Berry famously put it--our final total was around 2,400, if I recall correctly--and a healthy slice of Americana en route.

Of course, doing such a journey in an electric car in 2007 would have verged on the impossible.

Not only were suitable vehicles few and far between--if they existed at all--but the abandoned towns and dilapidated gas stations wouldn't have provided many opportunities to charge, either. In the end, we drove across the country in a thoroughly sensible (if not particularly green) gasoline-powered Mitsubishi Outlander.

Nowadays, the prospect of such a trip in an electric vehicle would still fill many with dread, but it's far from the impossibility it once was.

The route has enjoyed a minor resurgence over the last few years. This is partly thanks to adventure-seeking tourists like ourselves, partly through the combined efforts of local preservation groups, and partly thanks to exposure from the hit Disney film Cars--whose central plot revolved around a town suffering in just the way many historic Route 66 stops did when the interstates opened.

This resergence provides towns along Route 66 with a unique opportunity to bring themselves screaming into the 21st century--electric car charging.

Before those interstates moved in, many towns along the route had their own small gas stations, rest stops for weary travelers and plenty of kitsch curiosities to draw in tourists. The practicalities of fast interstate driving made these redundant, but for the electric driver with less range and a need for fast charging, the historic route now makes more sense than any time over the last 50 years. 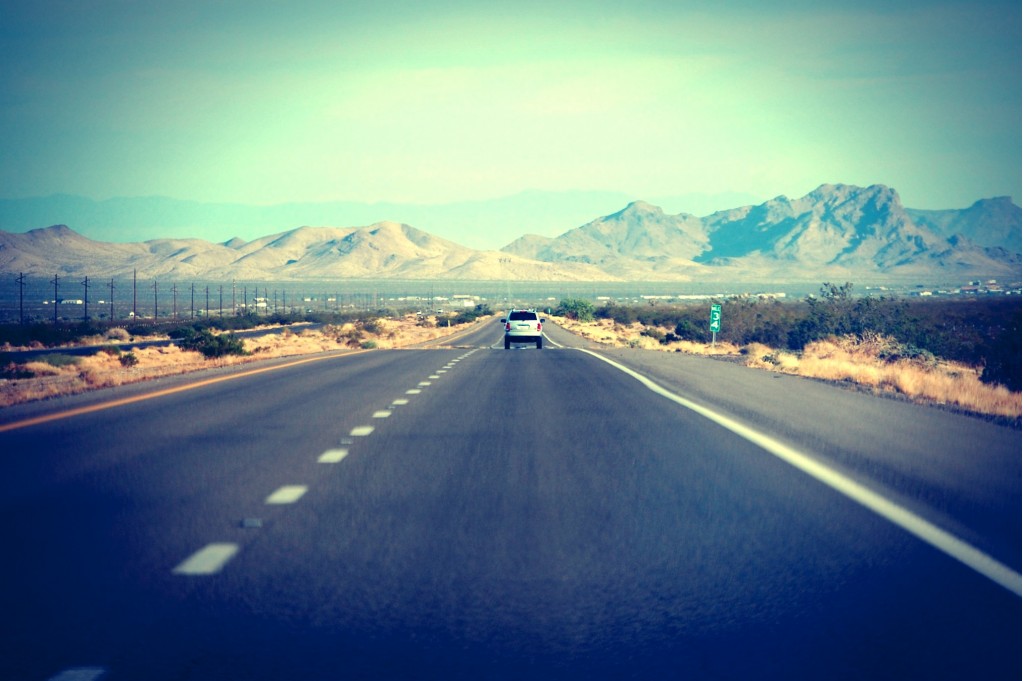 Plenty of electric car owners are only too keen to demonstrate that their vehicle is capable of driving long distances. We've covered more electric road trips than we can count here on Green Car Reports.

I can't help feeling there's too little romance to these trips though. It's all, "look what my car can do", rather than "look what we can experience". Admirable, but not aspirational.

The electric road trip should be looked upon in a different way. Shorter ranges and longer recharging times should be an excuse to stop, rather than a hindrance to your destination.

We're chalking up experiences here, rather than simply watching miles go by. To myself and two friends, Route 66's country-wide distance was largely irrelevant. I've no idea of the exact distance we drove, and often we stopped several times a day anyway. If anything, we might have seen more in an electric car, just as two Chromjuwelen writers did last year on their own electric road trip in France. 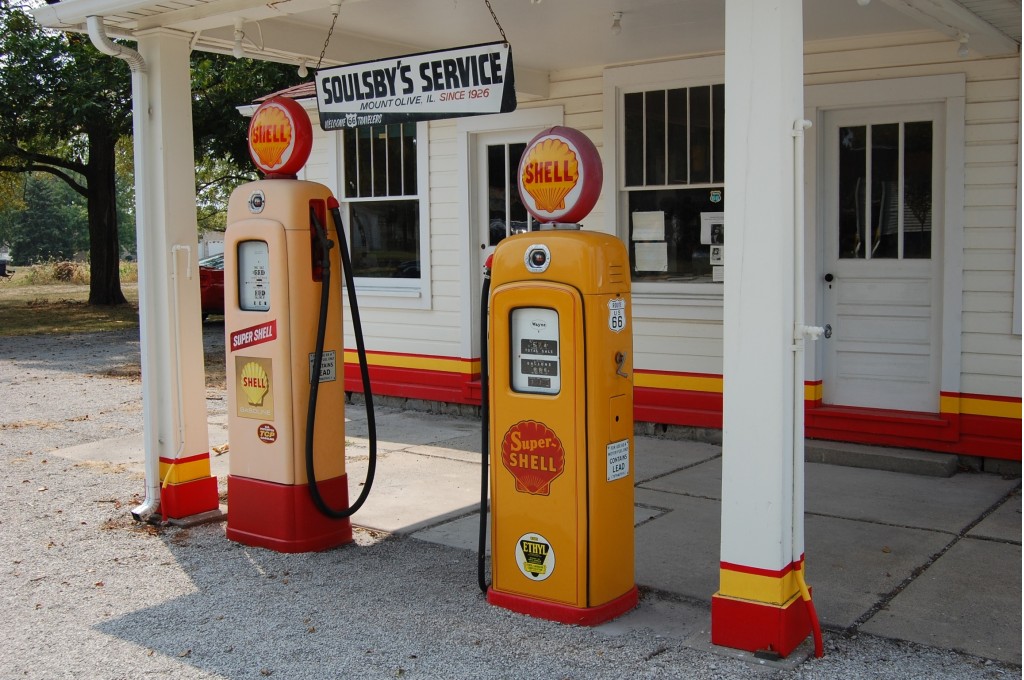 We might even have taken fewer interstates ourselves. More than once did we deviate from the historic route to make a little progress on the freeway, only to learn later we'd passed some historic landmark or other. And Route 66 is full of historic landmarks. Even if only half of them had charging stations, there'd still be more than enough to keep the electric vehicle road-tripper going.

With more traffic coming through, some of those previously-ignored towns may thrive once more. The more they thrive, the more shops and rest stops open and tourism benefits even more--it's a virtuous circle.

Consider the practical benefits, too. Gas is expensive, and seems all the more so when you want to travel across the country for the heck of it. But electricity is around a third the price, so that road trip will cost less too.

And as TriplePundit points out, the sight of electric vehicles zipping through their towns every day may even convince those in Midwestern states to buy into electric and hybrid vehicles themselves--a key missing demographic of current electric vehicle ownership.

But above all, it's about showing how much more fun the electric road trip can be.

Remember that quote about admiration, rather than aspiration? It's this simple: would you rather be the guy who brags about how cool his car is, or the guy who has a cool story to tell after taking a road trip in that same car?

The journey is more important than the destination. But if the journey is all-electric, well, that's just a bonus. And it could be just the thing to revitalize America's most famous road.