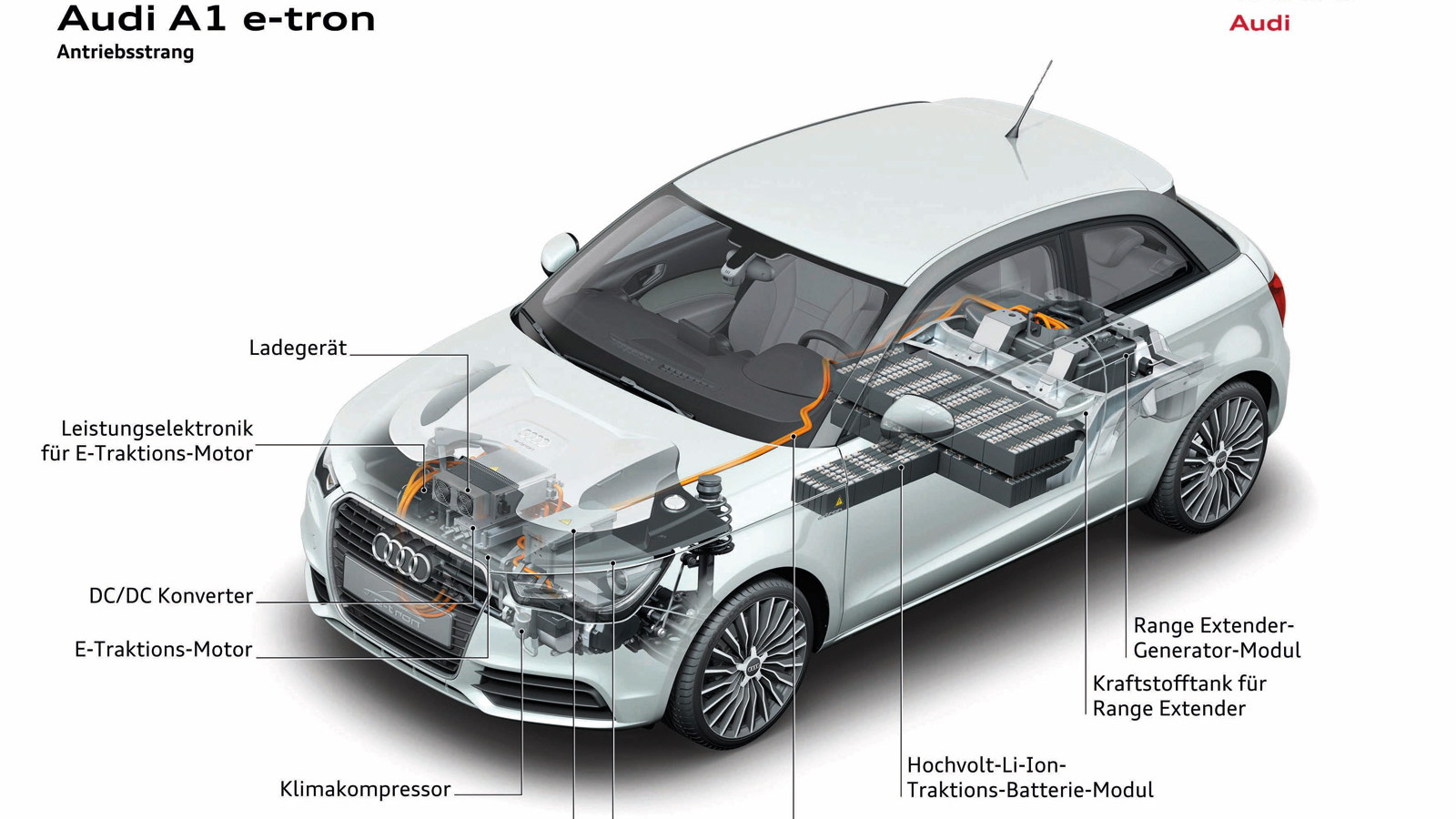 5
photos
Remember the Audi A1 e-tron? Audi canned it earlier this year, citing its lack of viability as a production model.

Well, it's back, only this time shorn of its unusual Wankel rotary engine sitting under the trunk floor.

Instead, the latest version of the concept uses a more conventional--though still efficient--1.5-liter, 3-cylinder turbocharged gasoline engine, putting out 130 horsepower.

That helps supply the two electric motors with power, once the 50-mile all-electric range has been depleted.

One of the electric motors, paired with the engine, is mainly used as a starter and generator. This motor develops 68 horsepower.

The other, which puts out 116 horses and peak torque of 184 lb ft, is the electric traction motor and drives the front wheels. Total system output is 175 horsepower, and Audi is claiming 62mph can be reached in under 9 seconds.

Audi's 'Dual-Mode Hybrid' concept allows for various operating modes. Up to 34 miles per hour the traction motor supplies drive using power entirely from the batteries, with a serial mode available that uses the gasoline engine and the other motor to keep the batteries topped up.

Up to 80mph, the main electric motor still supplies the power, but beyond this the drivetrain lets the gasoline engine take over, with occasional assistance from the electric motor.

More impressively, fuel consumption is quoted as 234 miles per gallon--though we'd advise you take such figures with a pinch of salt, as it's not clear how Audi has calculated that figure, other than presumably including its 50-mile electric range...

Whatever economy the car gets, it's good to know that Audi hasn't completely abandoned its plans for small, high-tech, and fuel-efficient vehicles.