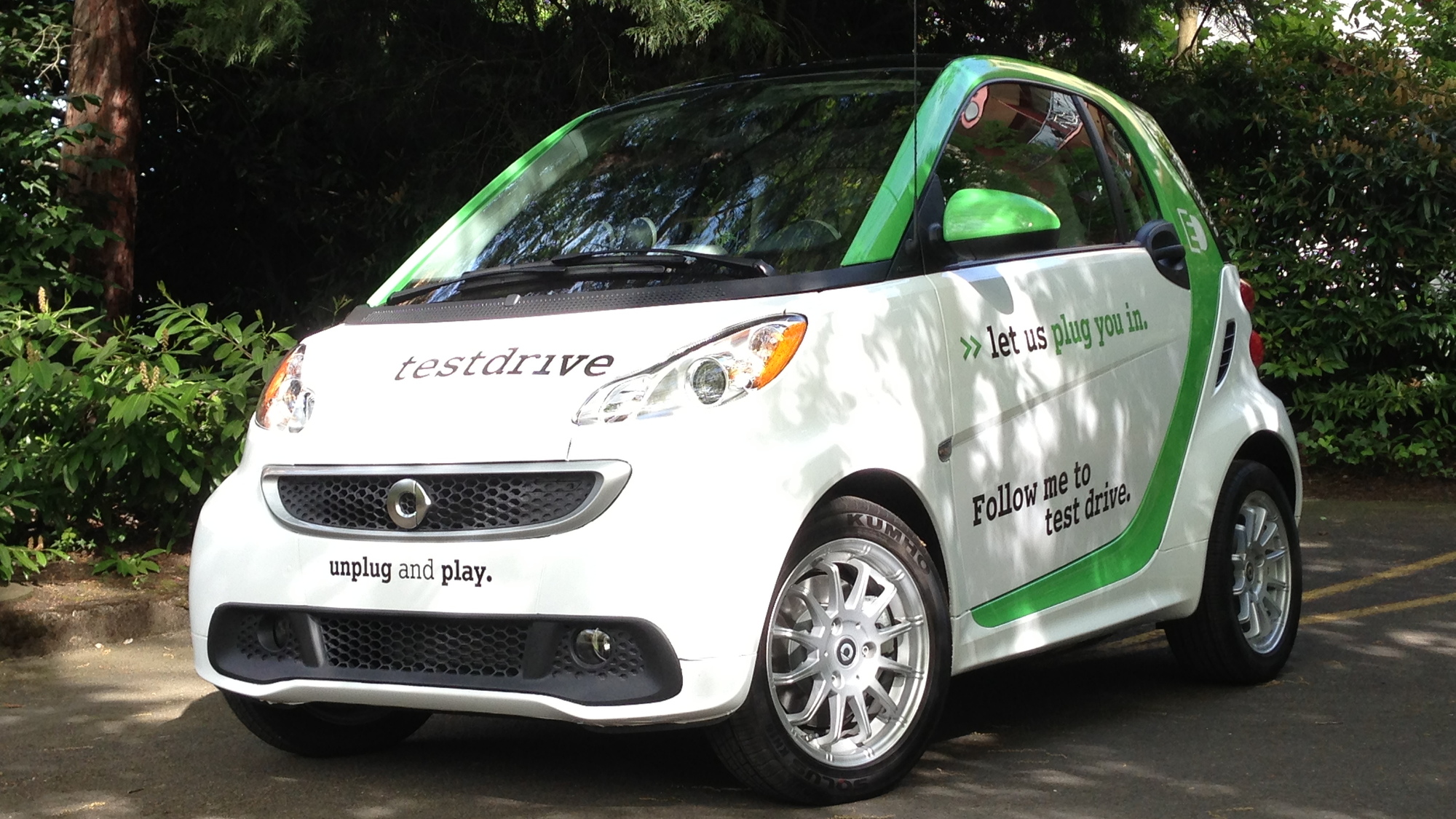 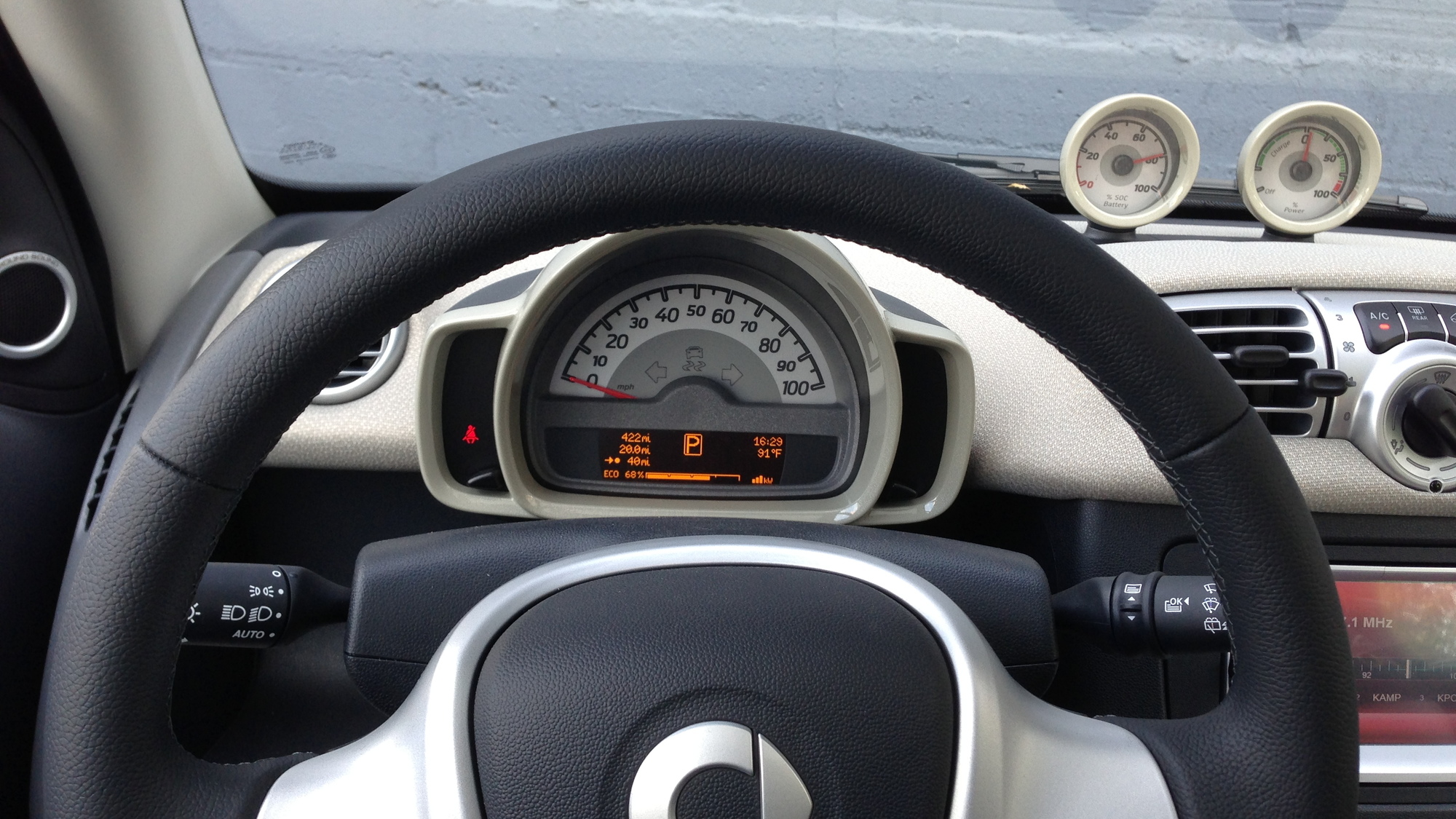 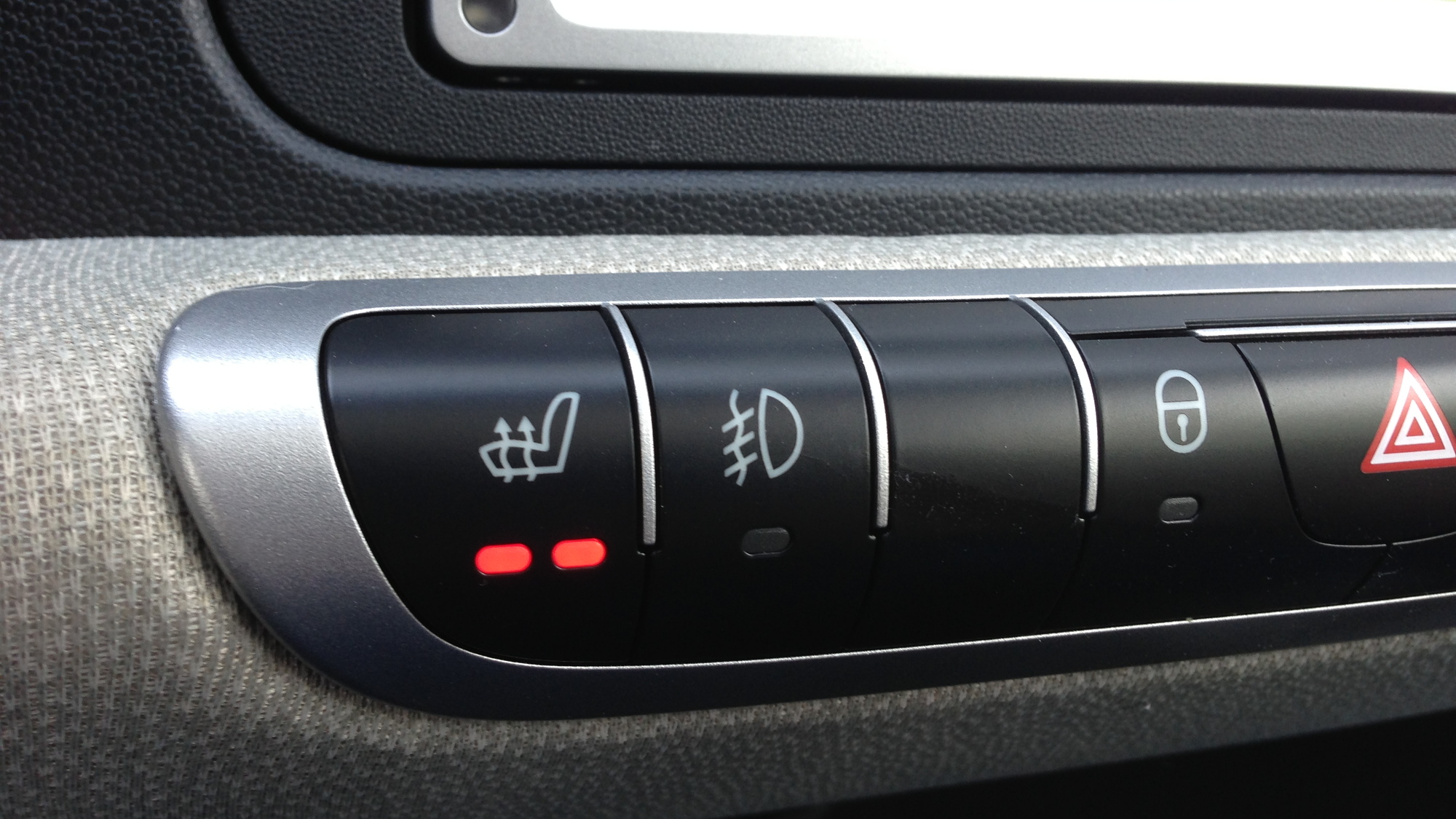 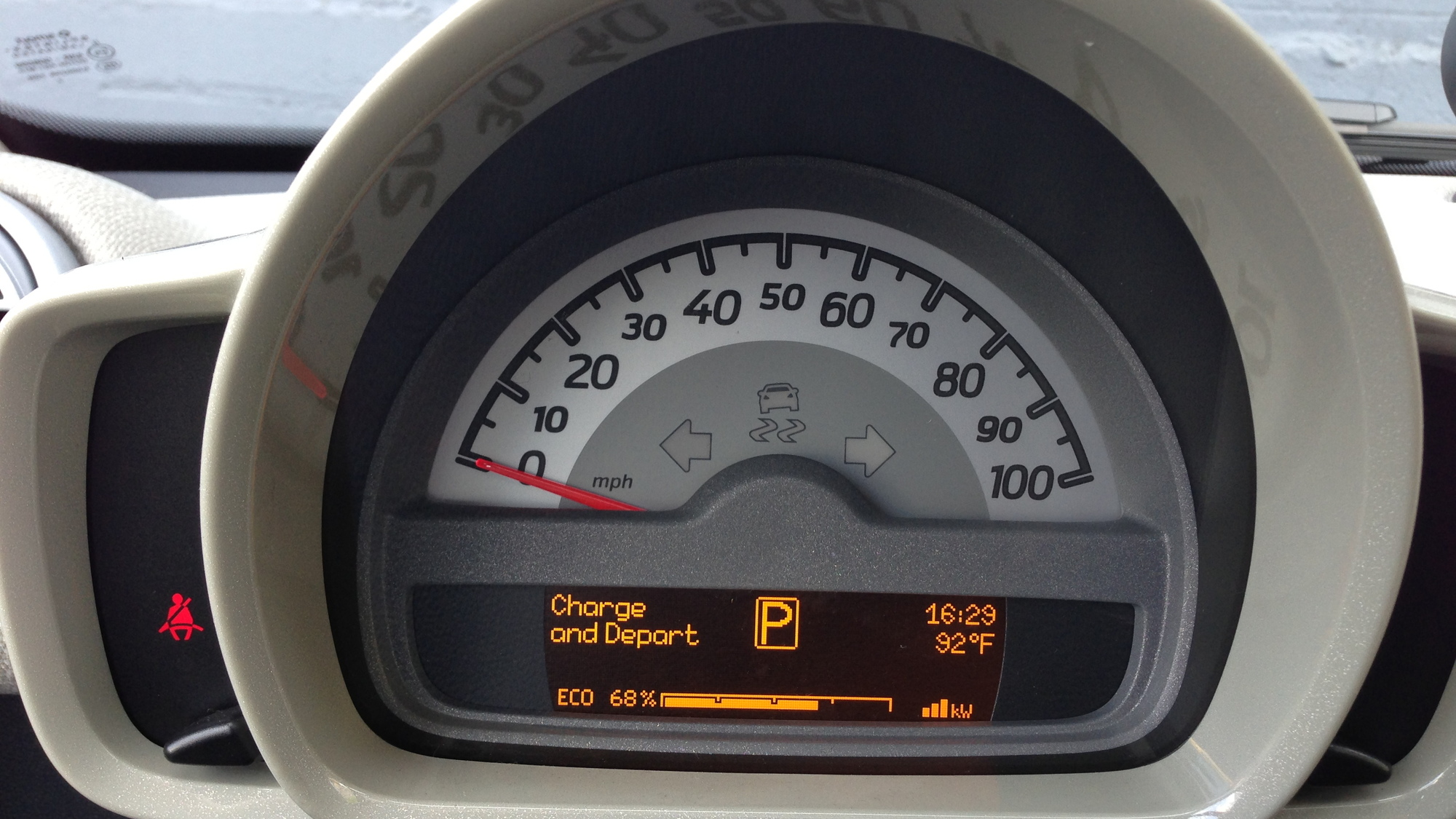 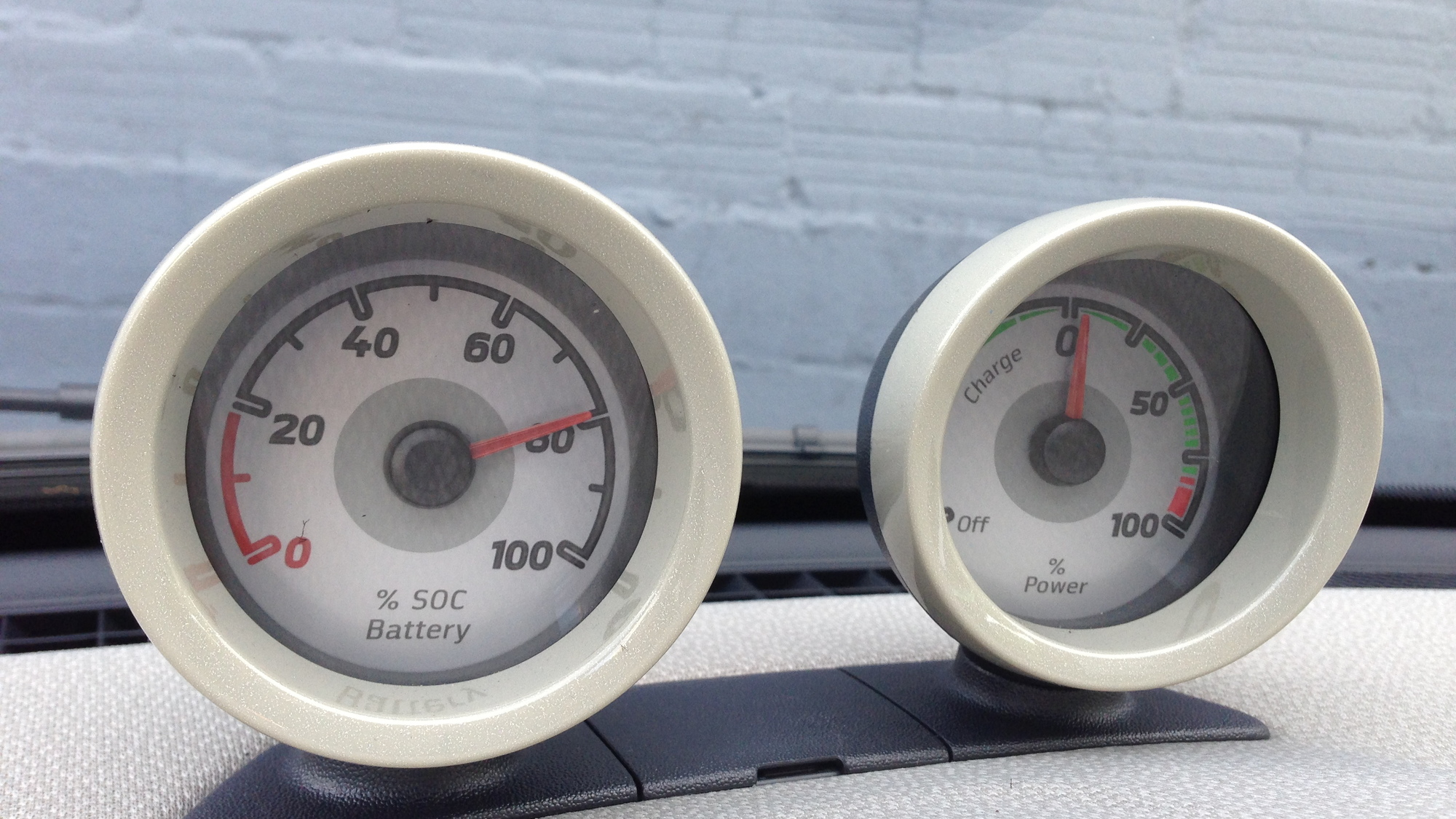 24
photos
If you’re still smitten with the design and styling of the Smart Fortwo, you’re probably going to be happier with the version that never needs a gas station.

That’s the conclusion we emerged even more confident about, after the hour earlier this month we spent with the Smart Electric Drive—also known as the ED3.

It builds on a verdict we reached three years ago, and then cemented over several more drives and iterations. From the moment we first drove the original Electric Drive—a fleet-proving prototype—we celebrated the absence of the Fortwo’s raspy gasoline engine, and most of all the absence of its crude, unpredictable semi-automatic gearbox.

After being proven in special fleets, and then by car-sharing and other means, the Electric Drive is now back, and on sale to the public. And quite simply, it returns all the park-on-a-dime minicar packaging goodness of the Fortwo, but with a powertrain that’s strong, refined, quiet, and predictable. It’s a better fit for the personality of the car, and it feels smart.

And in place of the 16.5-kWh Tesla battery pack is a new 17.6-kWh one designed and produced by parent company Daimler. Electric-motor output is now up to a peak 55 kW (74 hp), with 89 lb-ft of torque.

Smart has dialed in the electric powertrain so that it feels like a conventional automatic-transmission vehicle, creeping forward gently when you lift your foot off the brake, just like a gasoline car, and decelerating with a light level of regenerative braking. With optional steering-wheel paddle-shifters (the car we drove wasn’t so equipped), you can increase or decrease the level of regenerative braking. Again, in any case, it’s smoother and more predictable than the standard Fortwo. Acceleration feels brisk for the first 20 or 25 mph, then still quite quick up to about 40 mph.

The EPA has given the ED3 an official range of 68 miles; and it’s rated for efficiency at 107 miles per gallon equivalent (MPGe), or 122 MPGe City, 93 MPGe Highway. That figures to an annual fuel cost of just $600—a fraction of that of any gasoline car.

Of course, you won’t buy the ED3 if you commute on the freeway. As we’ve observed with the gasoline Fortwo, this is a car that will do highway speeds but isn’t comfortable at them. Top speed is now limited to 78 mph, so if you want to stay safe on one of the faster urban Interstates you won’t become a slow-moving hazard. But given the Fortwo’s not-so-friendly aerodynamics, we have a suspicion that your driving range would plummet significantly—very significantly if you move with the flow of traffic—on the highway.

Packaging is very, very neat in the ED3; the battery fits right into the same collision-protecting ‘sandwich floor’ where the gas tank would otherwise be, and the electric motor system fits in where the engine and transmission would otherwise be in this rear-wheel-drive minicar.

Some of our same complaints from the standard Fortwo carry over here. For instance, there are very few places to keep smaller items, electronics, and the like. The driving position can take some getting used to; and for this tall driver, side visibility is more than a little impaired by the thick side pillar. We’re also not fans of the way the steering loads up—although it’s very precise.

That’s part of the Electric Drive’s Tridion safety-cell construction; and eight airbags for coupes and six for Cabrios give you impressive protection for a car this size. And on the bright side, materials and switchgear really are better than you’d expect to see in such an inexpensive small car.

Lowest-priced electric car on the market

The Electric Drive is now on sale, and at $25,750 for the coupe or $28,750 for the soft-top Cabrio body style, it’s the lowest-priced electric car available in the U.S. market.

The combination of the $7,500 federal tax credit, plus the $2,500 purchase rebate in California, plus some other regional incentives, could bring the effective price for some California households down below the $15k mark.

Some questions remain—like how much realistic range we can get from the battery in commute-style driving, and how much using the climate control chips into that range. we hope to answer that sometime soon with a multi-day drive of the Electric Drive, but in the meantime we see the ED3 as the smartest Smart yet.