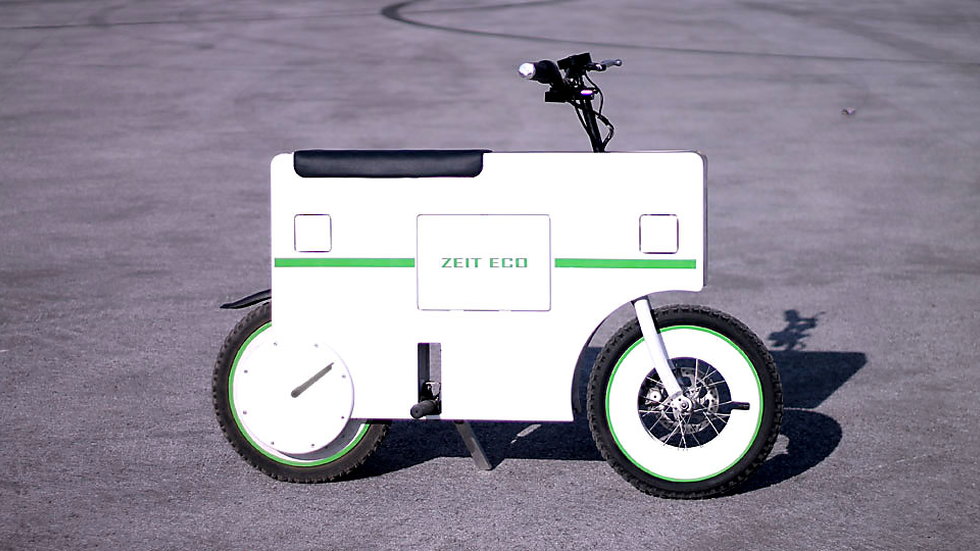 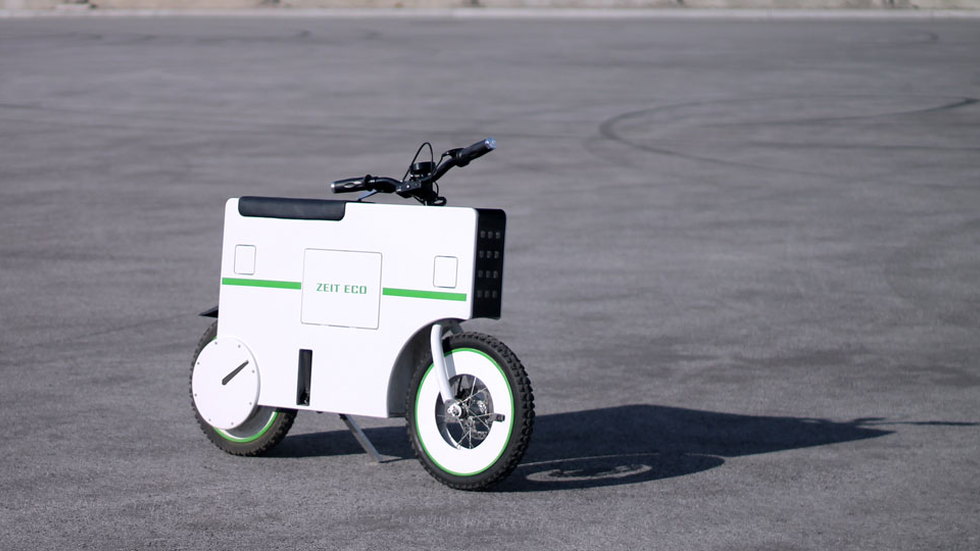 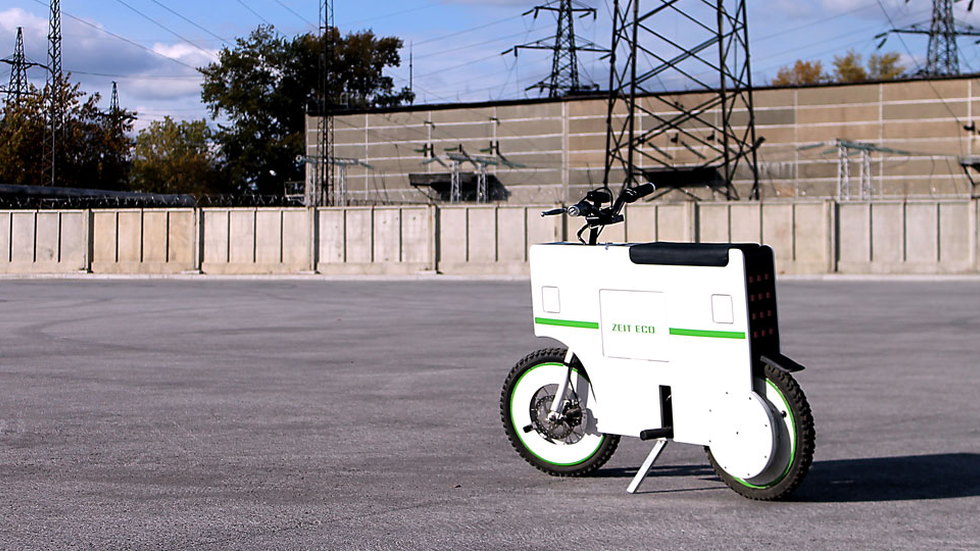 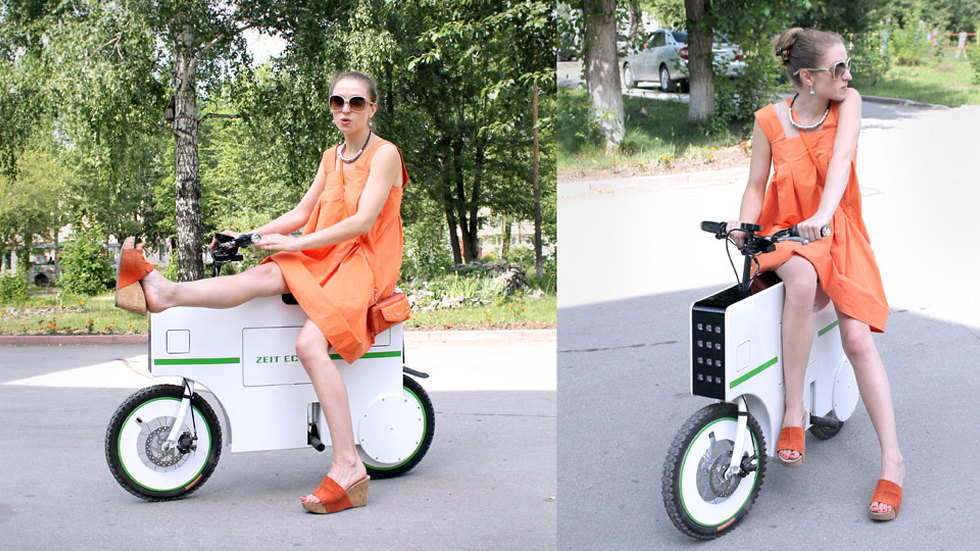 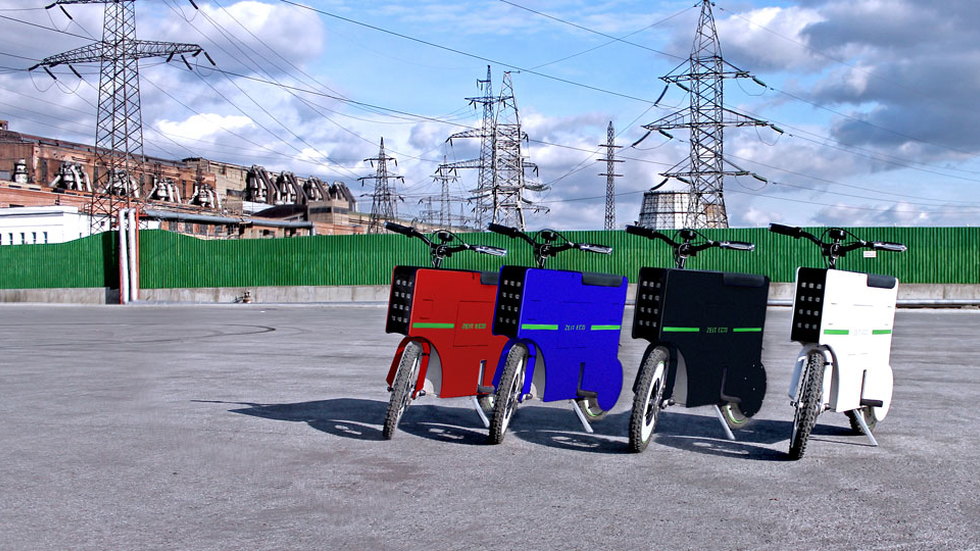 6
photos
If there's one form of personal transport better for tackling a crowded city than the electric car, it's an electric bike.

Whether pedal bike, scooter or motorcycle, nothing scythes through traffic quite like it.

But just as electric automakers are beginning to explore what's possible when not held to the layout constraints of internal combusion, two-wheelers are branching out even further--take this ZeitEco, for example.

To the uninitiated, it might look like you're riding through town on an unfortunate 1970s movie robot.

Look a little closer though, and the ZeitEco's curious shape is designed for maximum practicality. You can sit on it, of course--proportionally it looks similar to an old Honda 'monkey bike'--but much of the cubic shape is occupied by gadgets and storage. It's like a Swiss Army knife on two wheels.

According to ZeitEco's Kickstarter page, it has a built-in audio system compatible with portable music devices.

It also has storage spaces buried within its frame, and those side panels can be removed and customized, if that's your kind of thing. The compact chassis is also fairly portable--Zeit's images show it loaded side-on into the back of a first-gen Honda CR-V.

The styling won't be to all tastes, of course. It's... well, it's rather square, so might be of more interest to industrial design types than it is to the average bike or scooter rider.

We aren't sure how comfortable it'd be either, though the importance of that might be limited given its 16-25 mile range

An optional battery expands this to 75 miles, but a charge on the standard one takes 2.5 hours. There's even a car charger option, so you can plug it in like your smartphone and fill it up in 6 hours.

Unfortunately as a Kickstarter project it'll probably only happen with enough pledges, and not much has been raised so far. If you feel like helping with the project, you have a week or so left to pledge...