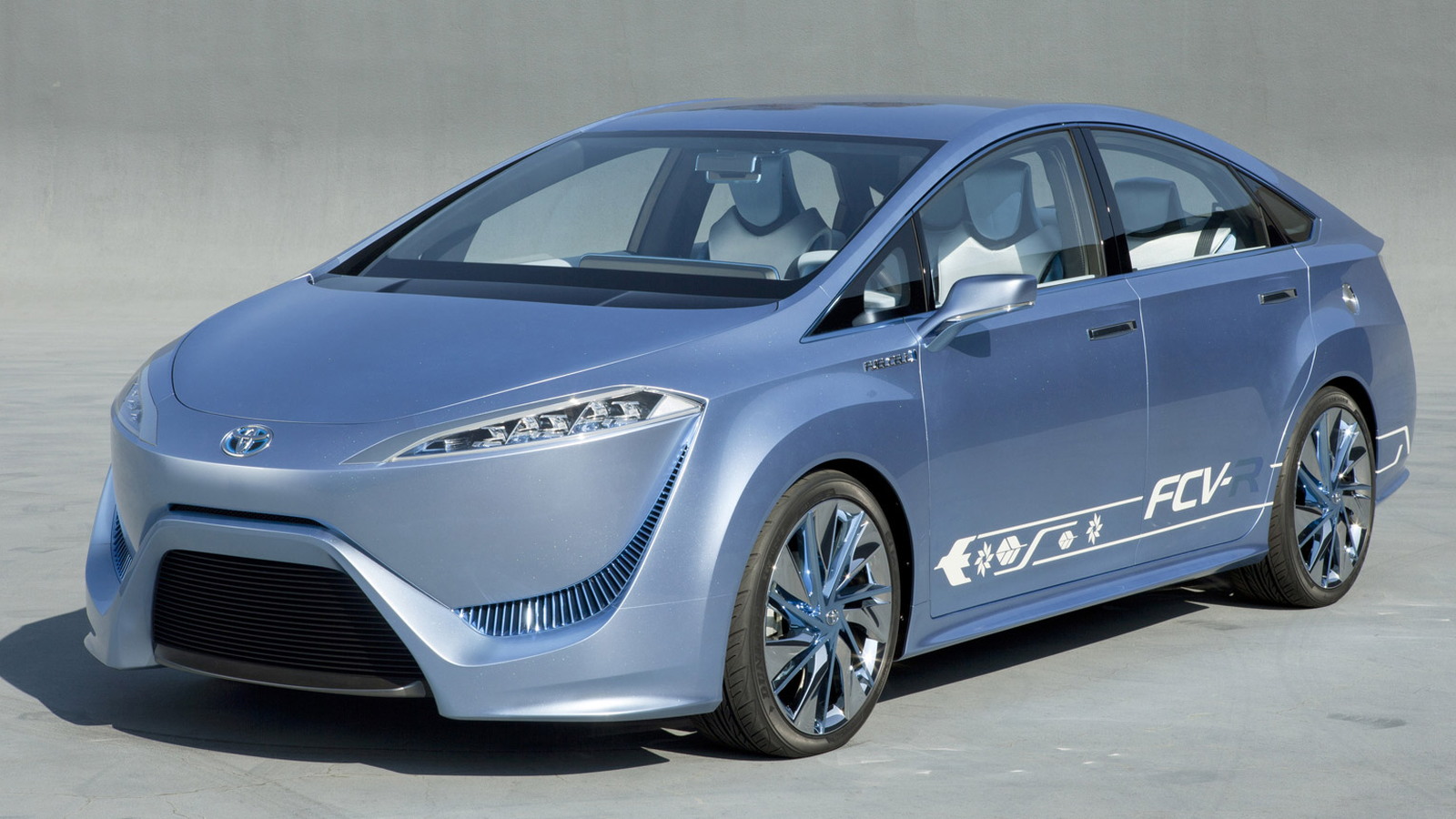 14
photos
Good news: Hydrogen fuel cell vehicles are getting cheaper to develop all the time.

Bad news: "Cheap" is a relative term, and when Toyota finally releases a production version of the car previewed by its FCV-R fuel-cell concept, it'll still cost anywhere in the region of $50,000-$100,000 to buy.

That, says Automotive News, is the prognosis of one of Chris Hostetter, Toyota USA's vice president for strategic planning.

It's certainly a step forward from the $1 million or so cost of earlier fuel cell vehicle prototypes.

Electric cars have also suffered to some degree from high pricing, but ultimately the technology involved in making a working fuel cell vehicle is hugely more complex than that of getting a battery-electric car to work. That's also the reason that fuel cell cars are taking so long to emerge in any meaningful quantity--despite several interested parties.

Toyota has shown its FCV-R concept at several motor shows. The styling paves the way for next generations of Toyota passenger cars, but the fuel cell technology beneath it has been in development at Toyota for some time.

Currently, Toyota uses a fleet of 100 fuel cell prototypes based on the Highlander SUV, but a production car will be much more similar to the sleek FCV-R. An updated FCV-R is expected at this year's Tokyo Auto Show.

The company recently said it would begin to share development on fuel cell vehicles with German automaker BMW, which has also dabbled in hydrogen on several occasions.

Toyota aims to release a production vehicle as soon as 2015--a few years before the triumvirate of Daimler, Ford and Renault-Nissan, who also recently signed a fuel cell development agreement.

With development work well underway at several major automakers, the real issue will be where to sell the vehicles once they're ready.

Many countries, the U.S. included, still have a poor network of hydrogen stations. Early sales would be confined to California and New York, where stations are most prevalent, but even more would be needed.

California is aiming for 70 statewide by 2016, but a rate of growth faster than 27 worldwide stations per year will be needed if demand even reaches the 2,000-units per year Toyota expects to sell in the U.S. in 2015.