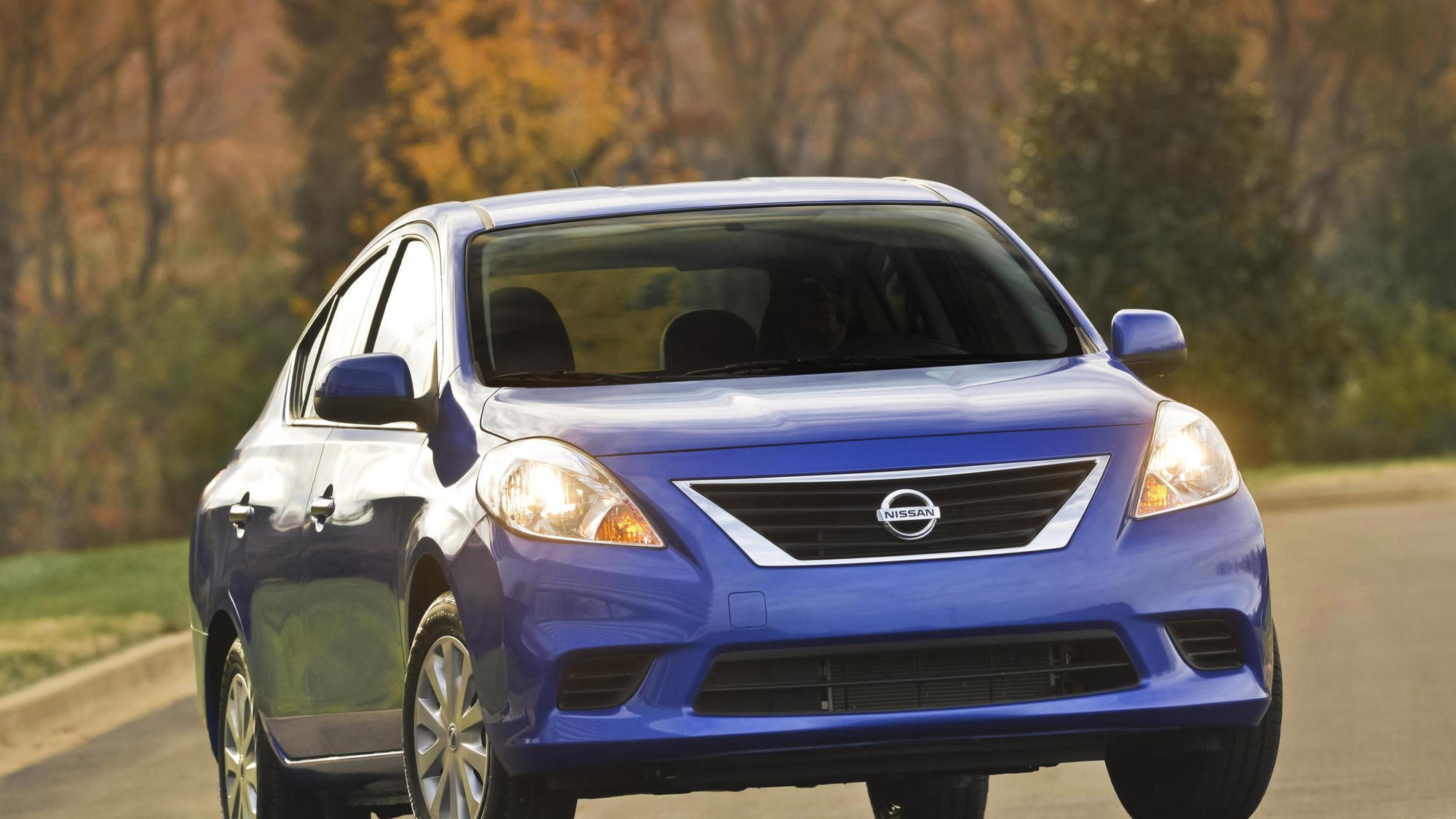 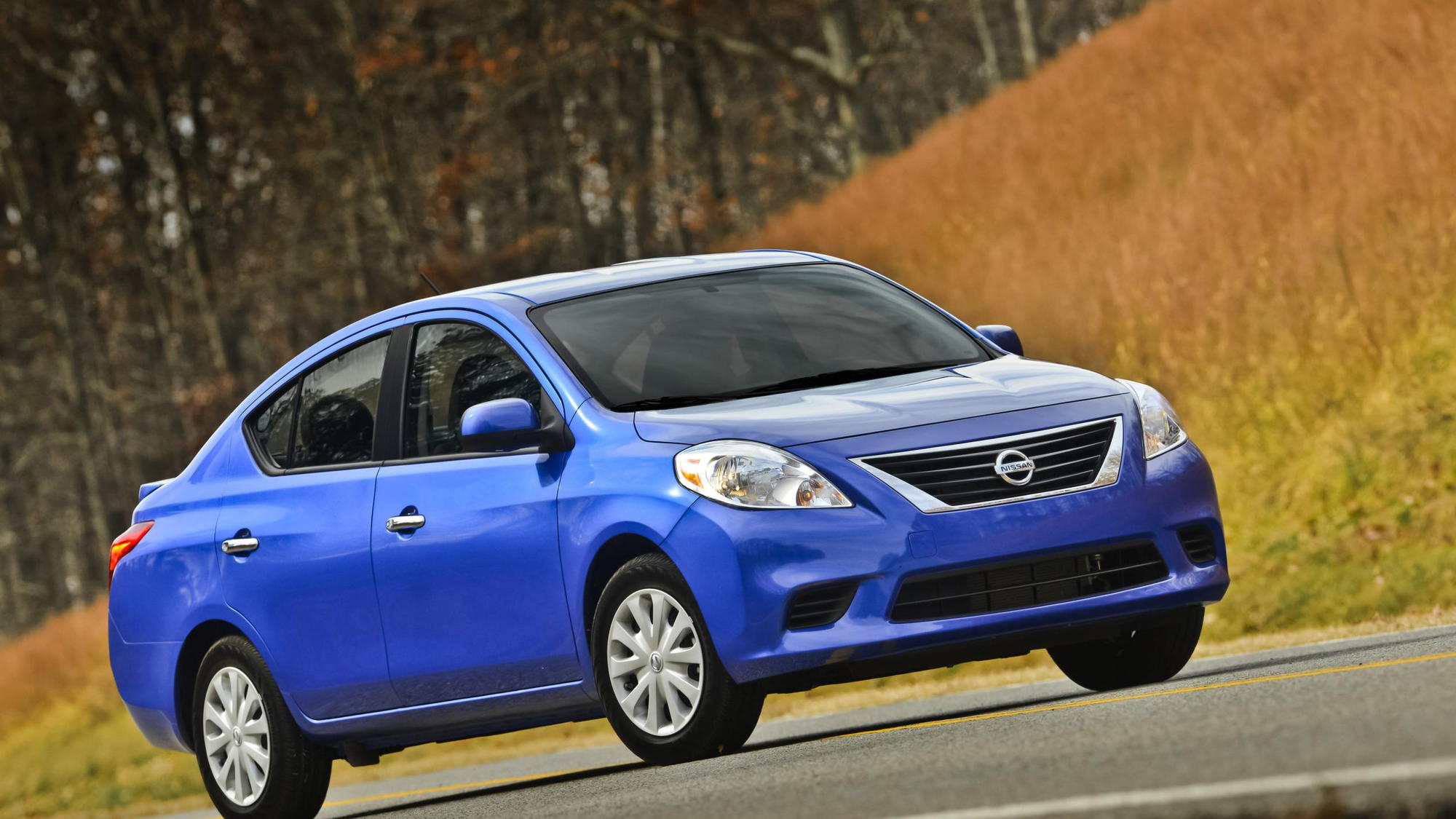 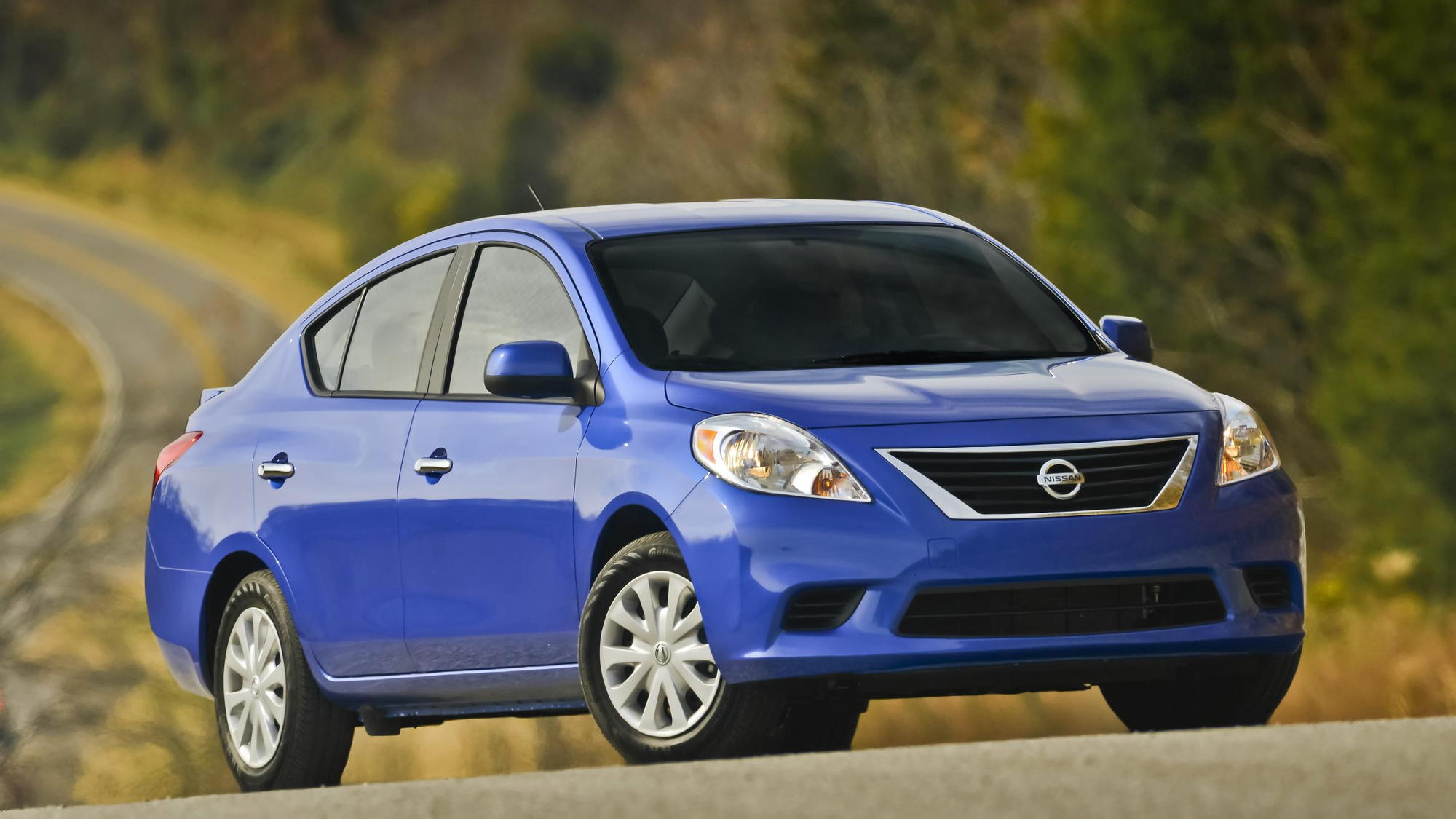 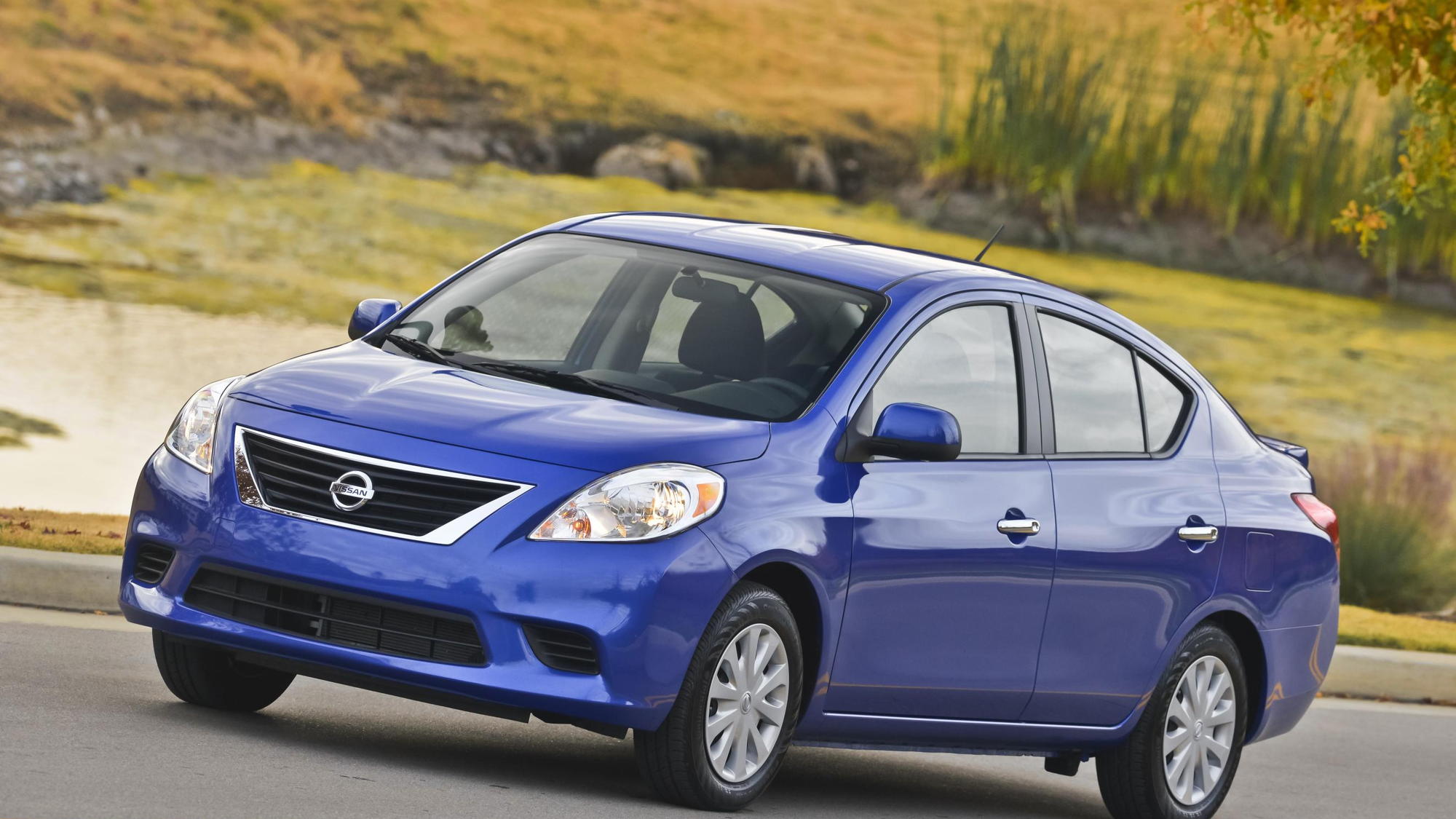 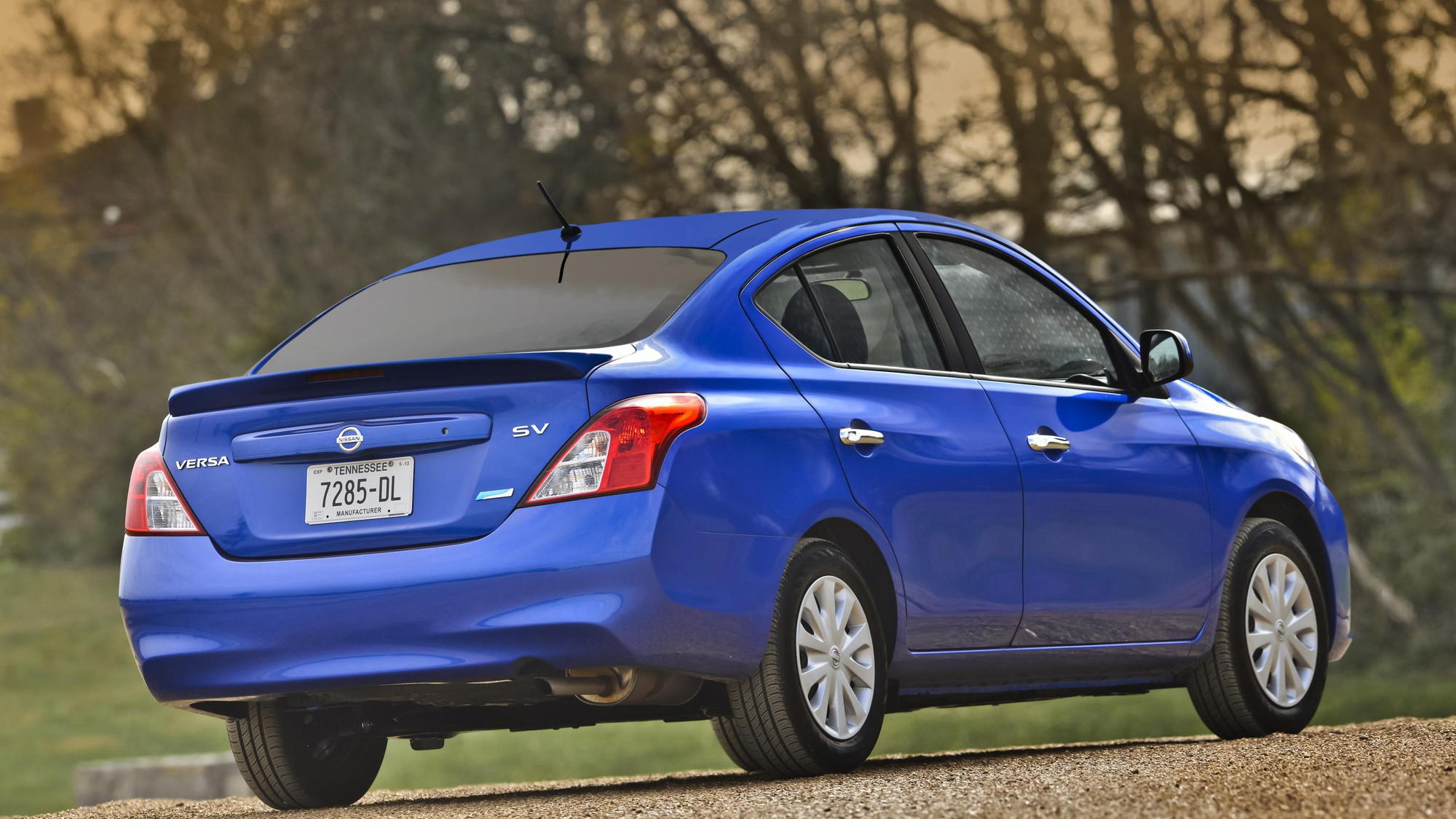 10
photos
It may not be fast, it may not be pretty, but the Nissan Versa Sedan has one overriding virtue--it's cheap.

That continues for the 2014 model year, as pricing remains unchanged from the 2013 Versa Sedan.

A standard Versa S starts at $11,990--plus a $750 destination and handling fee--making it the cheapest new car on sale in the U.S.

For that sort of cash you get the Versa's long-serving 109-horsepower 1.6-liter gasoline four-cylinder and a five-speed manual transmission. Unfortuantely, performance just scrapes the bottom of the "adequate" barrel and economy is lagging behind the best vehicles in the class now.

The 1.6 manual Versa S is EPA-rated at 27 mpg city, 36 highway and 30 combined. Pay $1,000 extra for the ageing four-speed automatic option and gas mileage drops to 26 mpg city and 35 highway, although combined mileage sticks at 30 mpg.

If economy is your main concern you're wiser picking one of the Xtronic continuously-variable transmission (CVT) models. A Versa S with CVT retails at $13,790 (plus destination) but chalks up a more respectable 31 mpg city, 40 highway and 35 mpg combined.

All 2014 Versa Sedans get tweaks to the suspension and steering, as well as improved interior materials. S models get a tachometer and low rolling-resistance tires, while SV adds 60/40 split rear seats and a key fob trunk release.