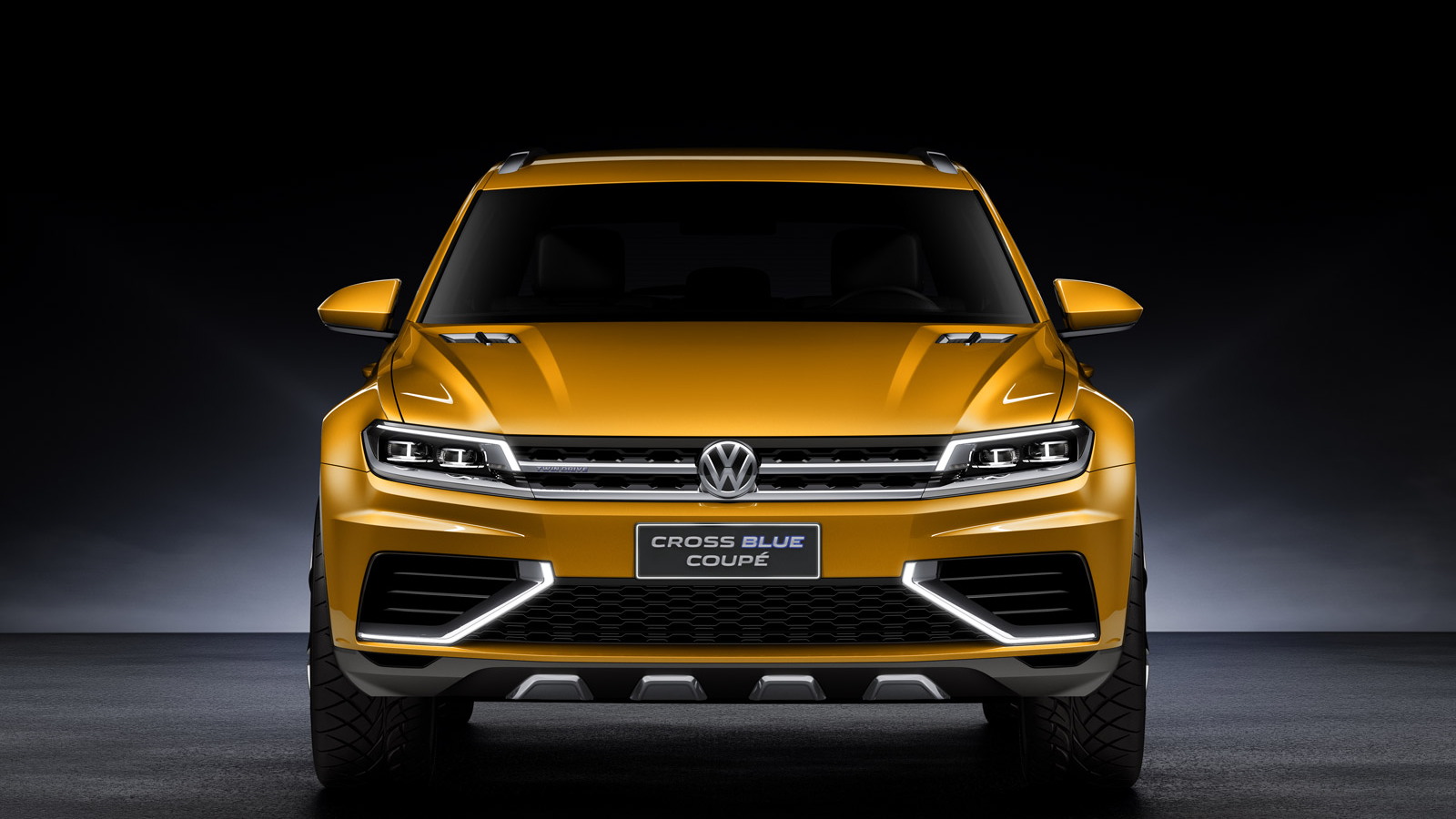 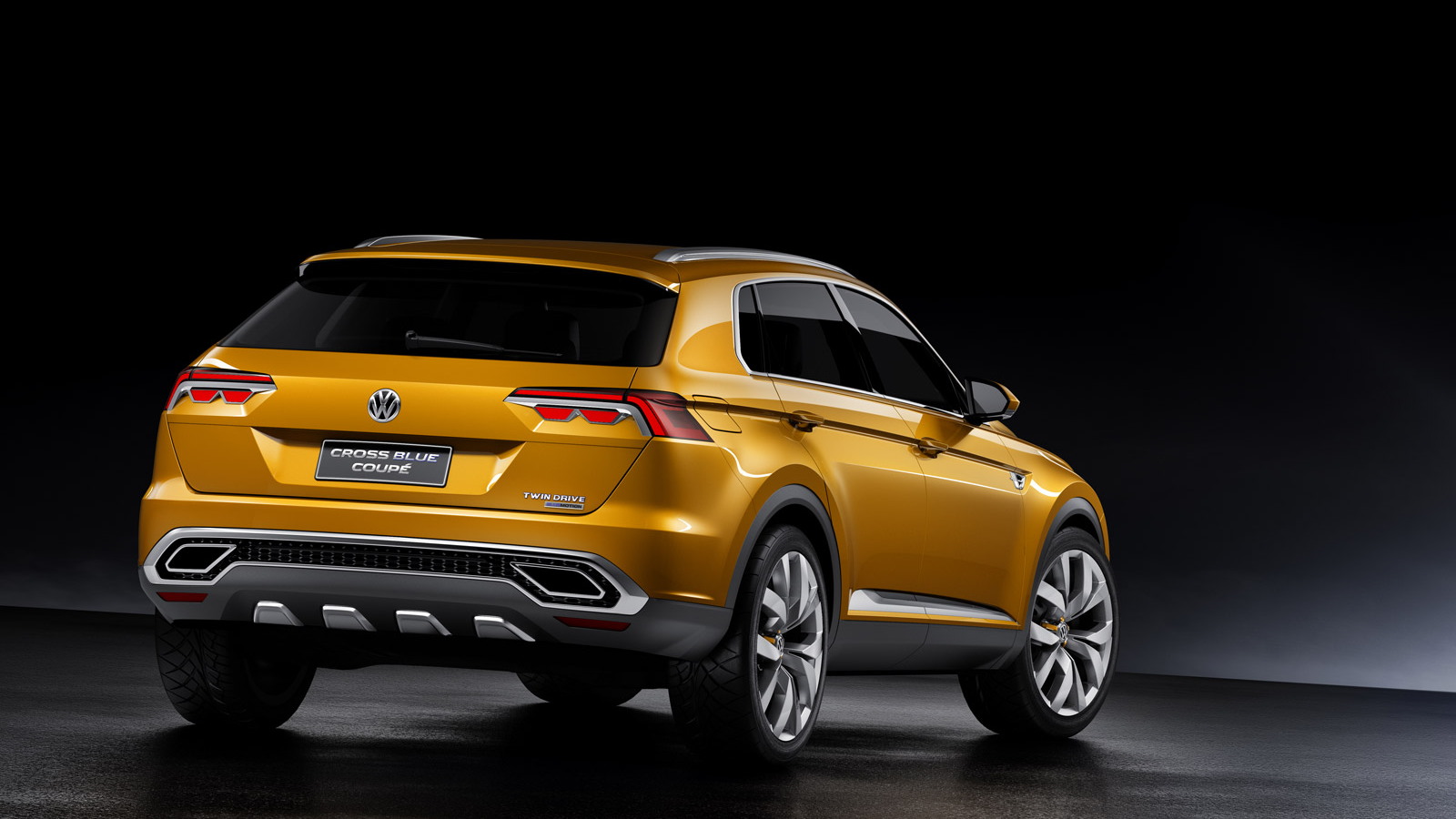 9
photos
Volkswagen has hinted at the direction of its future SUVs--and their powertrains--by unveiling the CrossBlue Coupe Concept at the Shanghai Auto Show.

As is increasingly common these days, the CrossBlue is Coupe in spirit more than it is in construction, the five-door liftback body distinctly more SUV than coupe.

It's also recognizably a Volkswagen, with deft use of clean surfaces and sharp creases taking the place of the odd angles and curves which otherwise dominate most modern vehicles.

The front lights are the CrossBlue's most unique aspect, the lower portion of the aluminum grille curving around to form a shape around the two light units at each side, housing the signature (and obligatory) daytime running lights.

The rear lights are equally striking, appearing to emerge from the tailgate like structural elements. That, and the low roofline aside, there's little here that we'd not expect from Volkswagen. Some will love it, others will quickly tire of it, preferring instead to study the dessication of a recently-painted surface.

Inside, the CrossBlue is similarly clean-cut and relentlessly German in its layout, with a two-layer dashboard seen across several Volkswagen group products. At the top is a large touchscreen, and below are the heating and drive controls, including a gear selector apparently lifted from the flight deck of an airliner.

Under the Touareg-eclipsing skin is Volkswagen's latest take on a plug-in hybrid system, following the stunning XL1 production car.

This pairs a V-6 turbocharged direct injection gasoline engine of undisclosed capacity, with two electric motors--40 kW at the front, 85 kW at the rear.

Together they produce 305 kW of power (409 horsepower) and 516 pounds-feet of torque, the efforts of which are relayed to the road through a six-speed dual-clutch transmission. Reaching 62 mph is possible in under 6 seconds and top speed an Autobahn-worthy 146 mph.

Despite this punch, VW claims combined economy of 3 liters per 100 km, or 78 mpg in real money. A real-world figure would likely be lower than that, though VW also quotes a (more plausible) battery-depleted hybrid figure of 34 mpg. Theoretical range from the 21-gallon gas tank is 740 miles.

Electric-only range is up to 20 miles, and like other plug-in hybrids the CrossBlue can operate using various combinations of electricity and gasoline depending on driving requirements. Coasting and brake energy regeneration are also present and correct, as is electronic all-wheel drive.

While not touted for production, the concept is based on VW's new MQB platform, which uses modular elements depending on which vehicle it underpins--such as the 2015 Volkswagen Golf and Audi A3.

That means such a vehicle (and its styling, and its engine) is possible when Volkswagen eventually replaces the exisiting Touareg.

Until then, the concept will be on display at this week's Shanghai Auto Show.