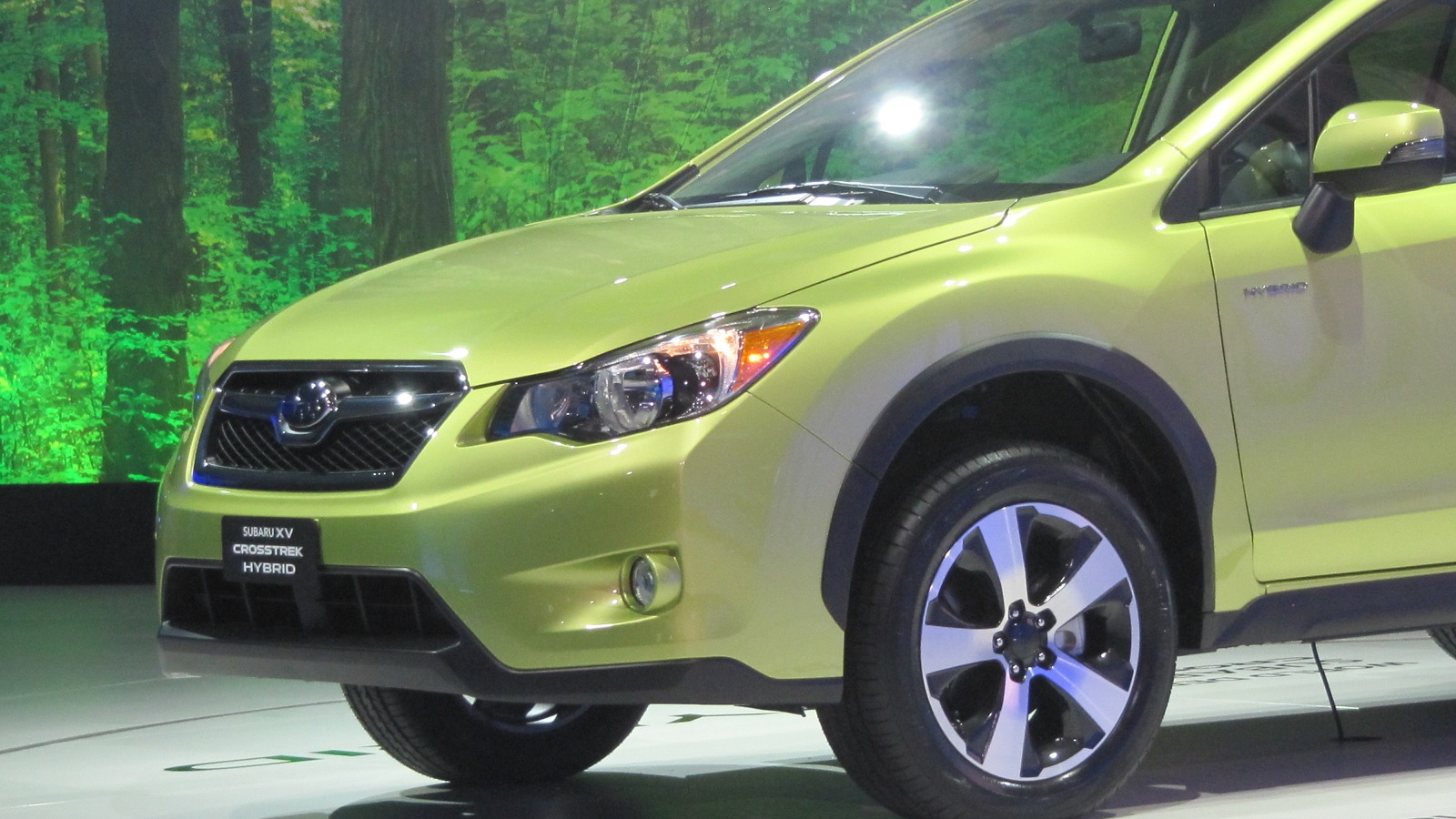 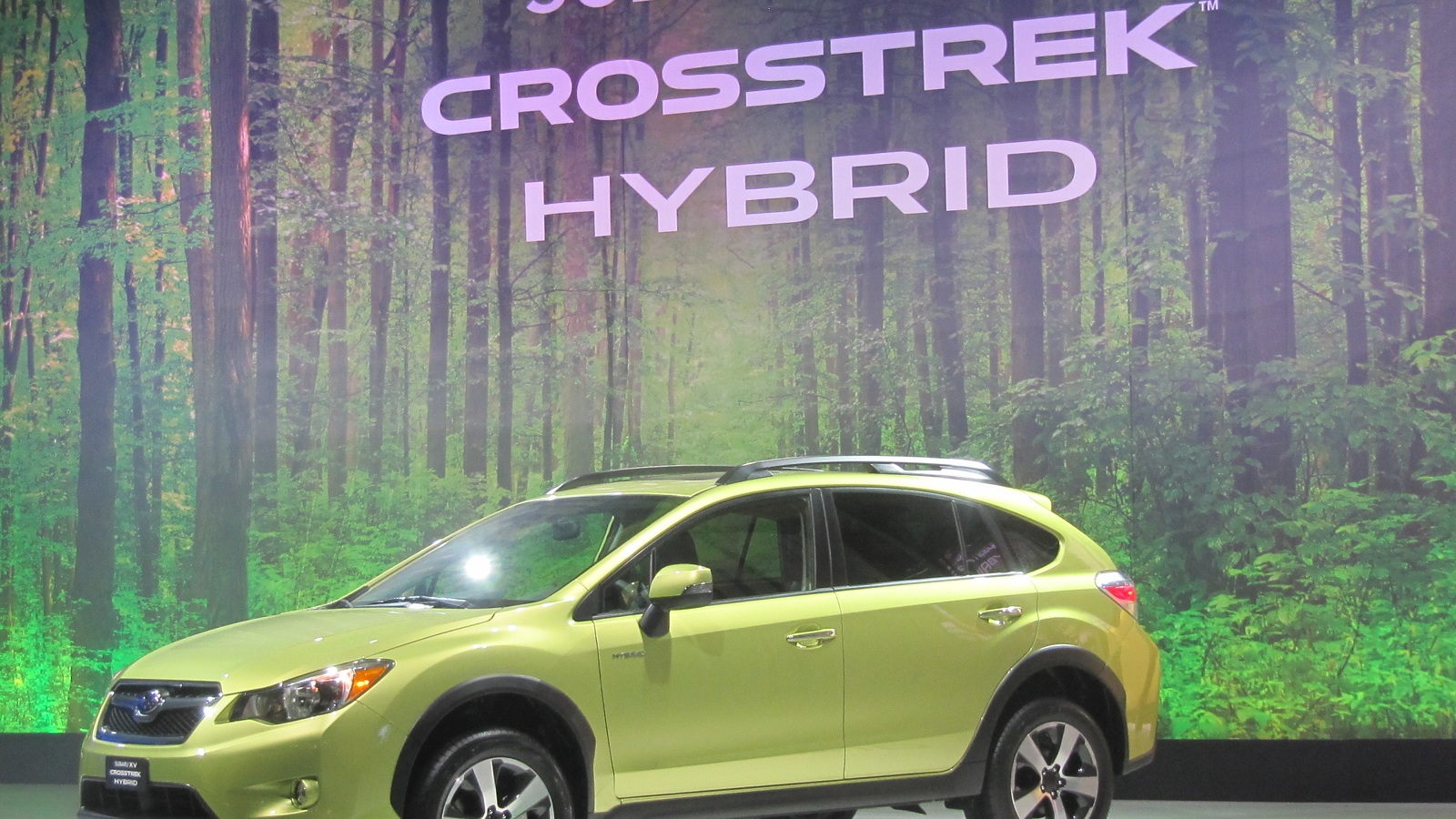 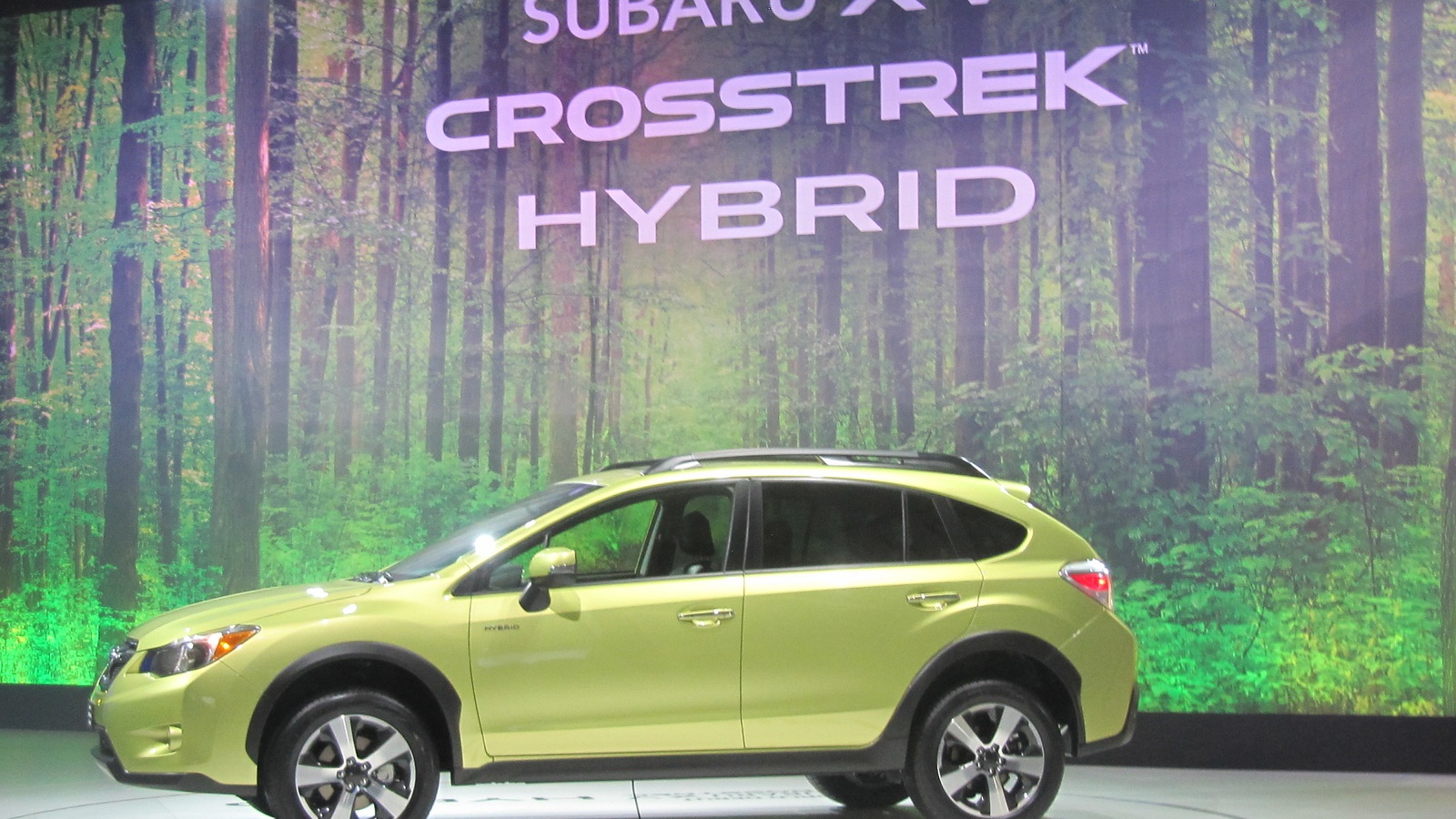 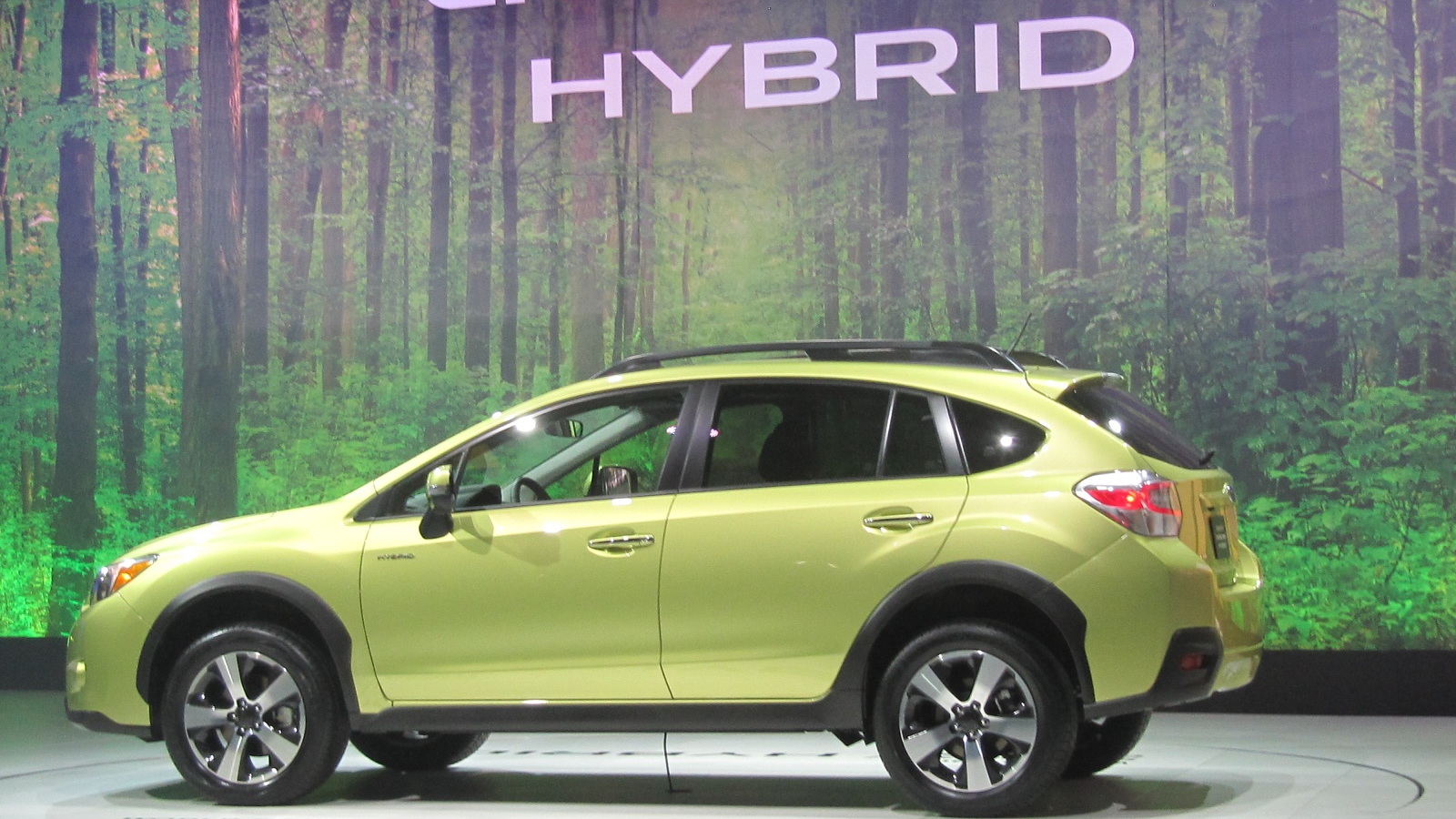 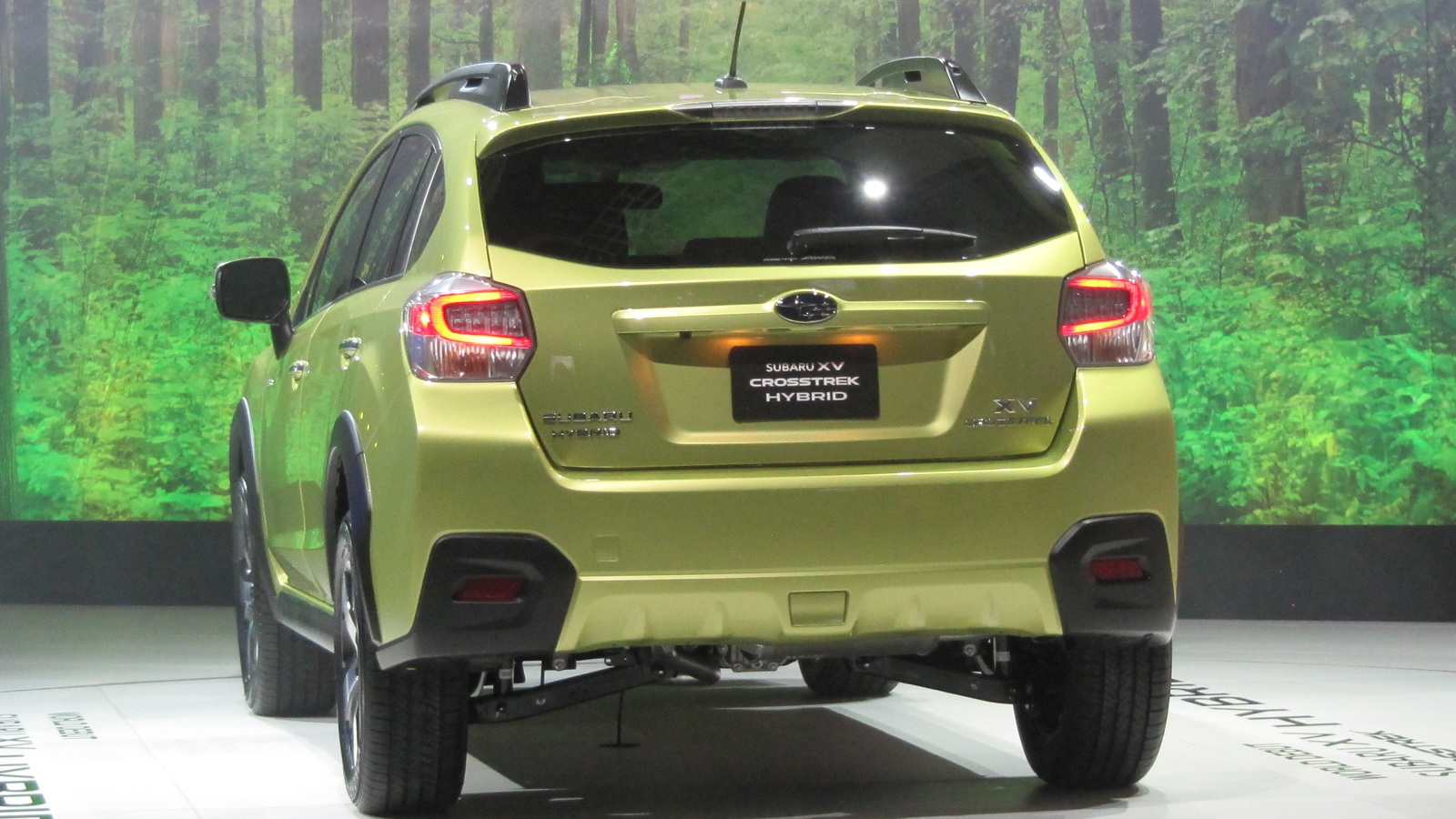 Launched today at the New York Auto Show, the hybrid crossover is set to hit dealerships in the fourth quarter 2013.

Subaru has been careful to maintain the company's reputation for utility as well as improved efficiency with the XV Crosstrek Hybrid, retaining the same symmetrical all-wheel drive system as other Subarus, and keeping the non-hybrid's 8.7 inches of ground clearance for those rougher roads.

At the heart of the XV Crosstrek Hybrid beats a familiar 148-horsepower 2.0-liter boxer gasoline engine. From there tradition deviates, and the unit pairs up with a 13.4-horsepower electric motor, integrated into a continuously-variable transmission as part of a 'mild hybrid' drivetrain. EPA city, highway and combined mileage of 28, 34 and 31 mpg is projected.

Subaru hasn't announced total system power, and as we've come to expect you can't just add the boxer's 148-horsepower output to the 13.4-hp electric motor to get a total, but as with other hybrids, combined urge from motor and engine should provide useful extra punch when required.

The mild hybrid layout means all-electric running for any significant distance isn't on the cards--though the XV does use its electric motor to pull away from rest, before the gasoline engine kicks in. Subaru says an EV mode with operate "in certain low speed situations". A integrated starter-generator handles start-stop duties, allowing the engine to turn off at very low speeds and when stopped, saving gas. The engine has been optimized for reduced internal friction, while brake energy regeneration tops up the batteries as the car slows.

Subaru has chosen a 13.5 kW nickel-metal hydride battery pack rather than the increasingly common lithium-ion, mounted under the rear floor area. This cuts 1.7 cubic feet from the regular XV's seats-down 51.9 cu-ft cargo capacity, and 0.7 cu-ft from its total interior volume. The chassis is optimized for the hybrid drivetrain's extra 300 pounds.

A blue color scheme dominates the cabin, with silver trim and a specially-designed instrument cluster with further hints of blue. A de rigeur multi-function display shows drivers what the hybrid drivetrain is doing at any given moment.

Pricing for the 2014 Subaru XV Crosstrek Hybrid will be announced closer to the vehicle's launch later this year.

Meanwhile, for all our coverage of the New York show, be sure to bookmark our dedicated New York Auto Show page.