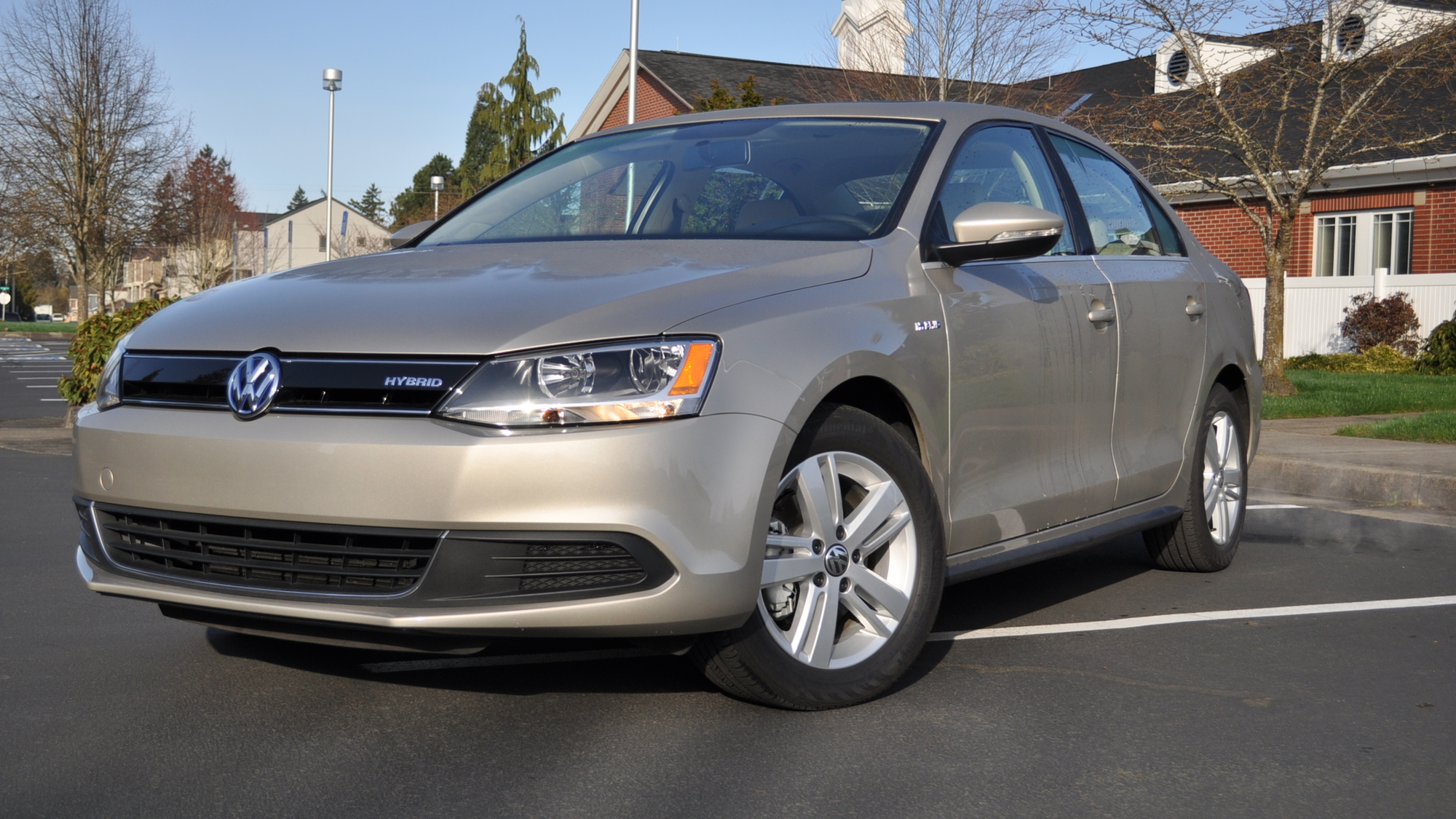 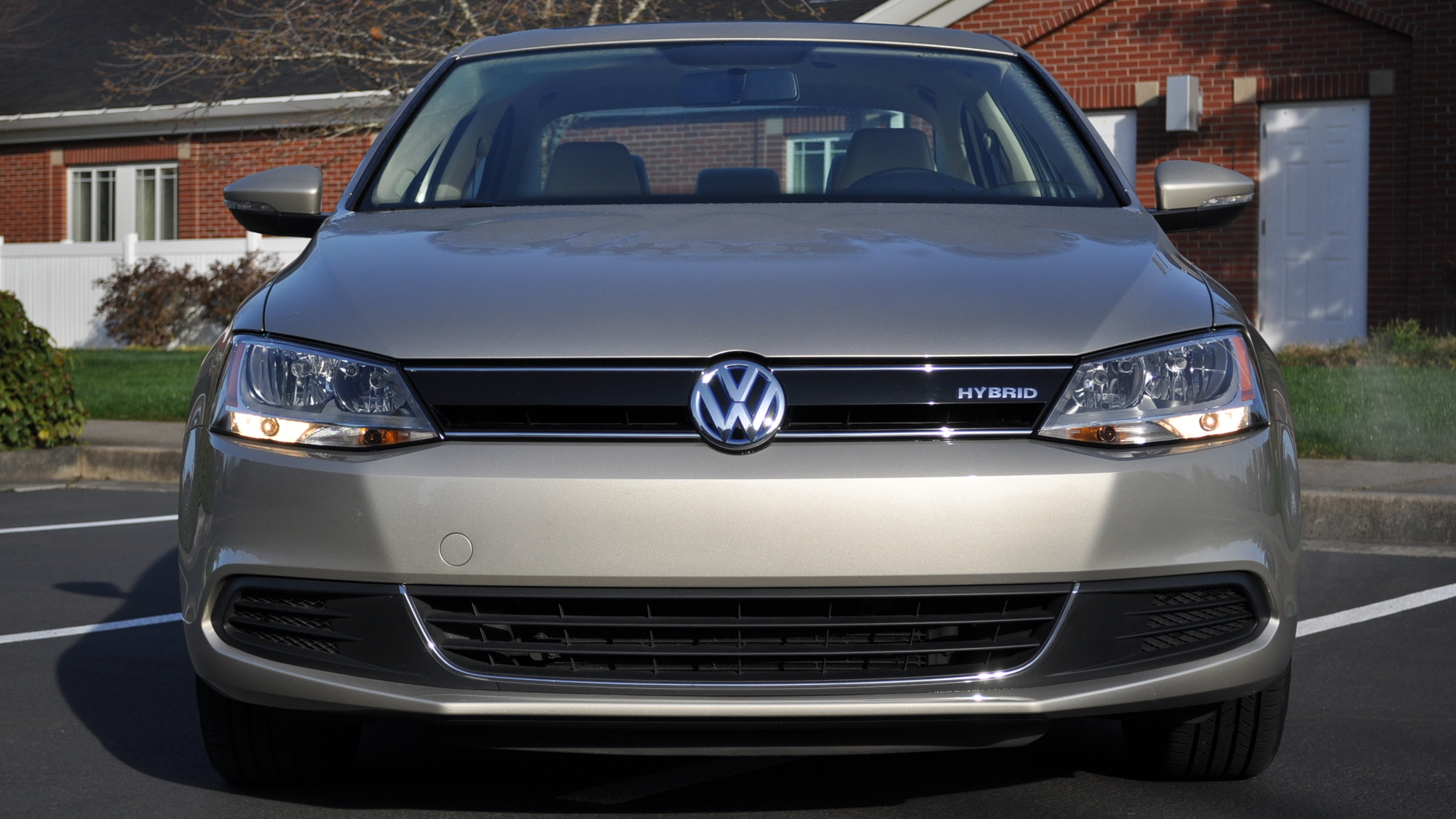 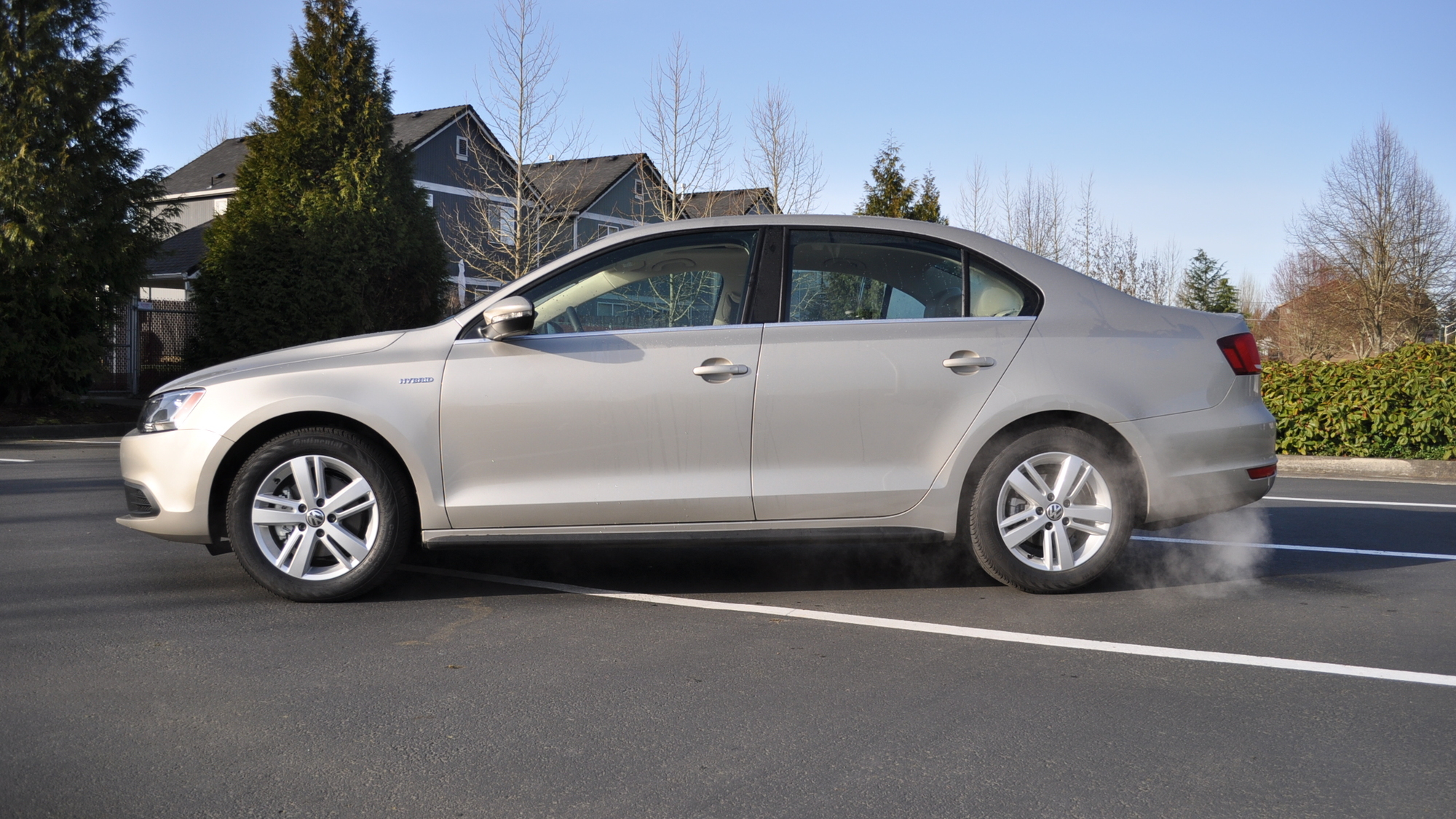 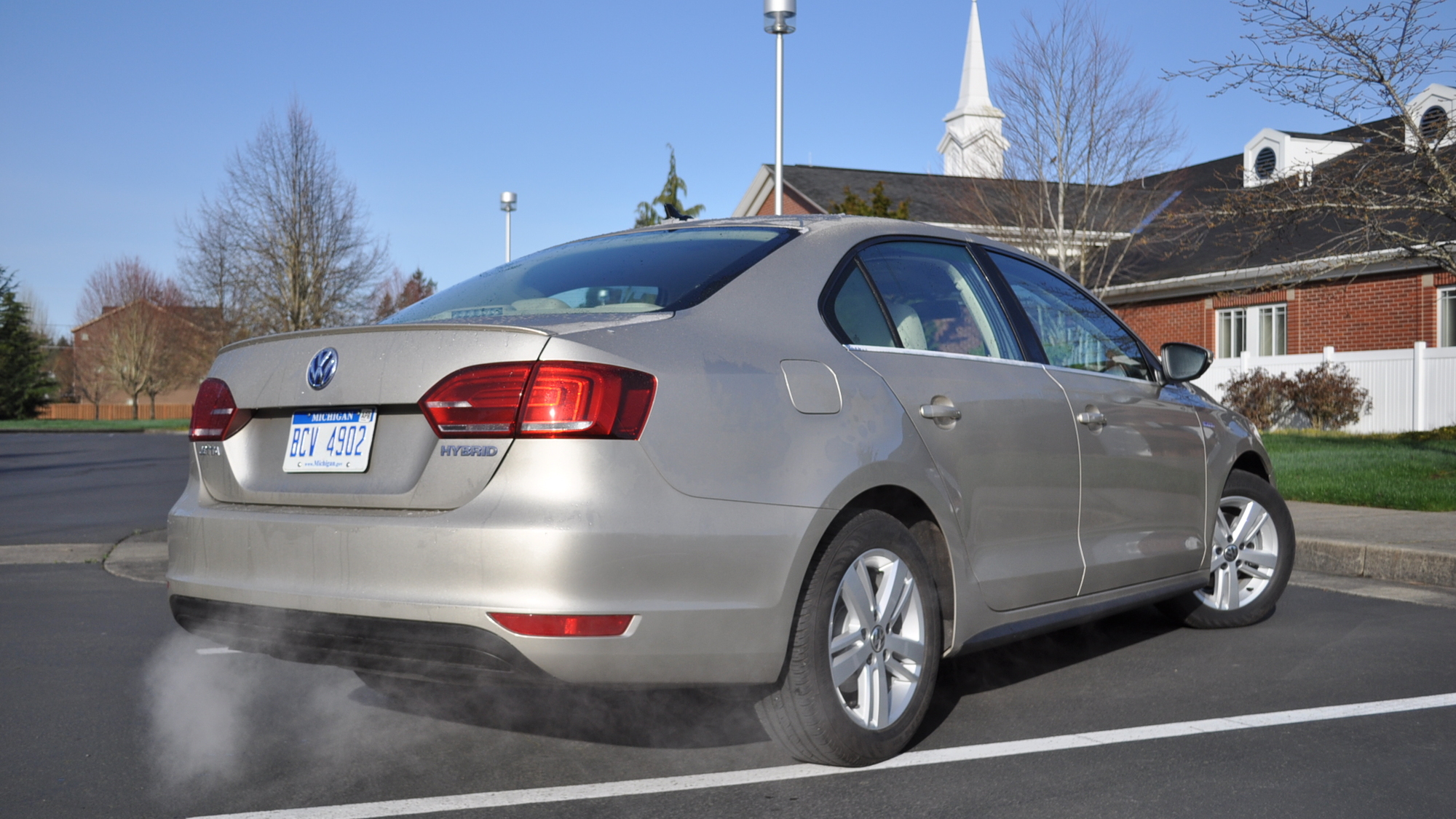 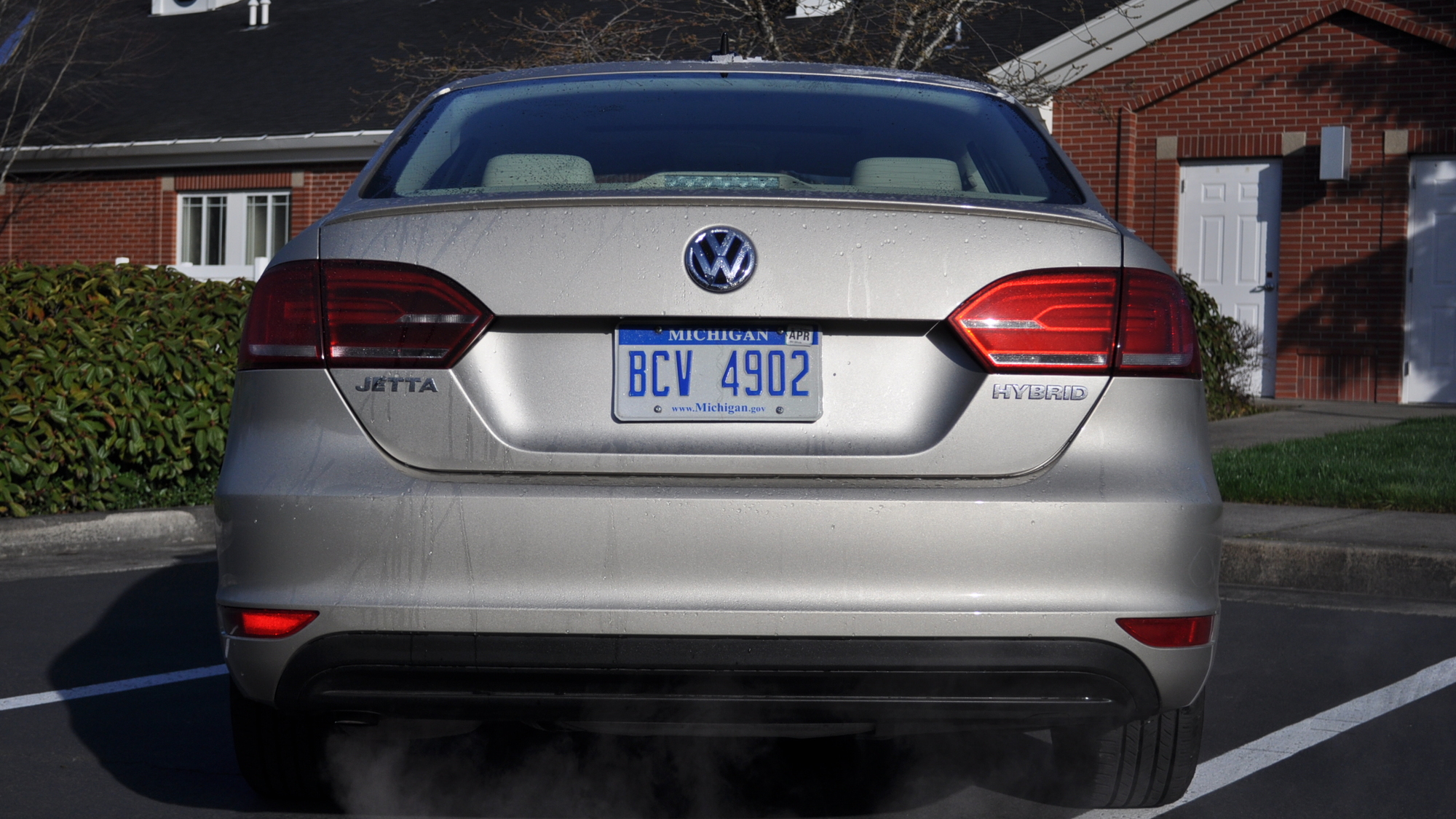 The 2013 Volkswagen Jetta Hybrid is VW's second hybrid model, and the first hybrid sedan we've had in the U.S. market from the German automaker.

It's also interesting because the Jetta is available with a fuel-efficient TDI turbodiesel engine--and VW discovered that hybrid and diesel buyers are very different.

When we went to the launch event for the Jetta Hybrid, we walked away with mostly positive impressions of the new hybrid sedan.

But first impressions are just that, so how does the new hybrid powertrain act in daily life? We spent a week in the Jetta Hybrid and found out.

During the launch event we noted average an fuel economy of over 40 mpg--but noted that we would be reserving judgment until we could test the vehicle in real-world conditions.

During the course of a week, we drove 114 miles at an average speed of 20 mph. Disappointingly, our average fuel economy was 34.8 mpg. In fact, we never once saw an average number anywhere near 40 mpg.

If we were to break out our driving conditions, we'd estimate that about 50 miles of our driving was on the highway, and the remainder was around-town city driving.

But it's still winter

Some might wonder if temperature affected our mileage: Our test was in Portland, Oregon, which isn't exactly warm but hardly gets frigid during the winter.

During the week, we'd wake up to find temperatures in the high 30s to low 40s--and by the middle of the day, it would be nearly 50 degrees.

So while we expected we might not match the EPA ratings due to weather, we expected to be closer than we were. 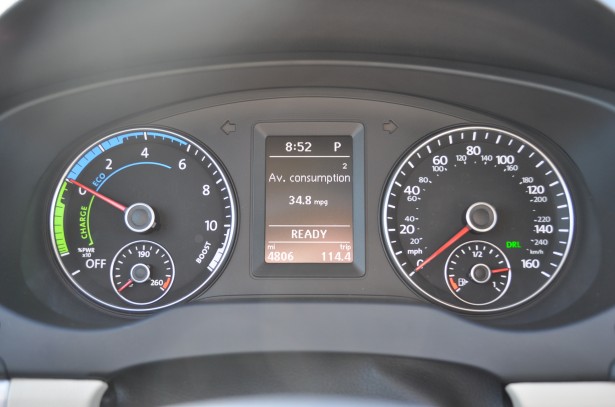 While we were disappointed with the gas-mileage numbers we saw during our week with the Jetta Hybrid, we did enjoy the driving experience.

We look forward to testing the 2013 Volkswagen Jetta Hybrid again when the weather is warmer, to see if we might see better fuel economy results.