Obviously, fuel economy will be an increasingly big deal in years to come.

The gas-mileage ratings of new cars and trucks must double (and then some) between last year and 2025.

But as two recent news events pointed out once again, EPA mileage ratings on the window stickers of new cars may not be what drivers get in real life.

Due to what the companies called errors in testing procedures, Hyundai and Kia overstated gas-mileage ratings on 13 different vehicles from the 2011 and 2012 model years.

The companies agreed to reduce those ratings and pay owners of the cars a lump sum for the extra gas they would buy and any resale-value reduction for the cars.

Ford, meanwhile, faces a combined lawsuit on behalf of owners saying that real-world gas mileage of its new 2013 C-Max Hybrid and 2013 Fusion Hybrid is nowhere near their 47-mpg EPA combined rating.

Our own experience, along with that of numerous owners and commenters, indicates that the C-Max Hybrid delivers average real-world fuel efficiency of 35 to 39 mpg, and the Fusion Hybrid sedan a few mpg higher--but still well short of the 47-mpg number.

All EPA gas-mileage ratings come with disclaimers that boil down to the famous line familiar to anyone who's ever seen an auto ad: "Your mileage may vary."

But while owners generally give carmakers a 10-percent margin of error, the Ford hybrids seem to miss the mark by far more than that.

So, too, did Honda Civic Hybrids in the early part of the last decade--which ultimately led the EPA to revise its "adjustment factors" for hybrid-electric vehicles to bring their window-sticker ratings more in line with owners' real-world efficiency.

Three factors combine to cause confusion about gas-mileage ratings. 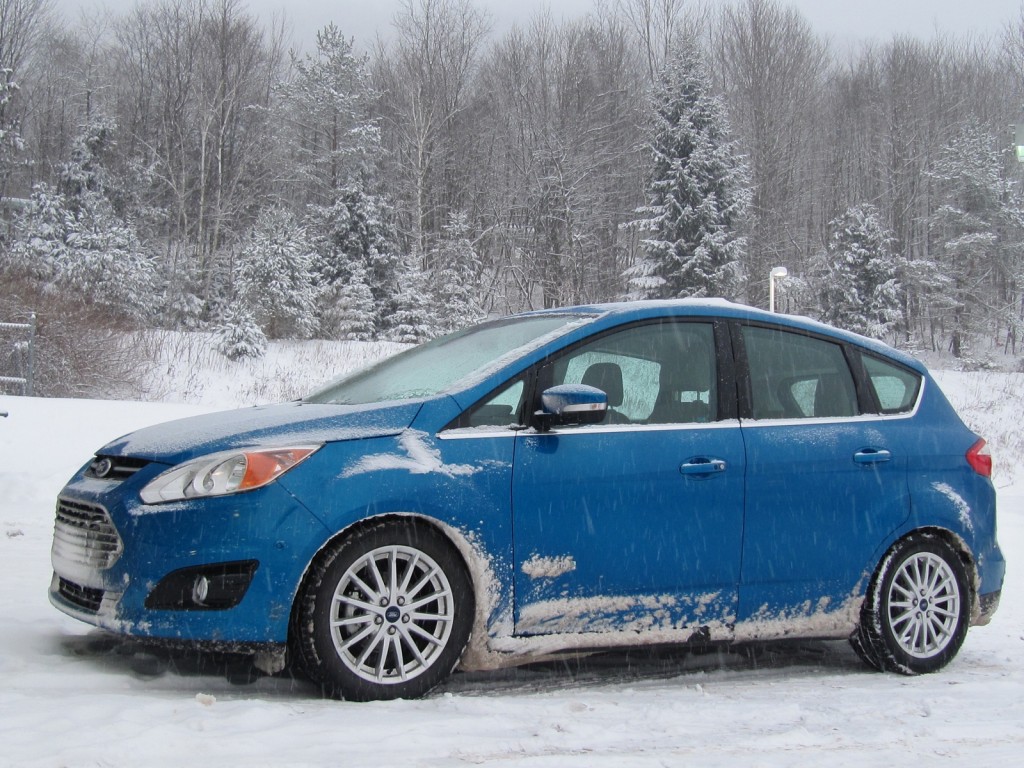 First, in 2009, carmakers were required to adopt a new and tougher "five-cycle" test routine for calculating EPA fuel-efficiency ratings on liquid-fueled cars, which they submit to the EPA for certification.

Contrary to some buyers' expectations, the EPA only tests 10 or 15 percent of all new cars itself. Instead, manufacturers self-certify and in general, the EPA only steps in if there's dispute over whether a car's rating matches real-world results.

That means that despite the new and tougher tests, there's at least theoretical opportunity for automakers to "game the system" and get away with it unless there's a consumer outcry.

Second, the corporate average fuel economy (CAFE) ratings used for compliance with the EPA fuel-economy requirements that will double by 2025 are based on outdated test cycles that haven't changed in three decades.

Those cycles don't reflect modern driving techniques, prevalent air-conditioning use, and today's average highway speeds of up to 80 mph--which can cut efficiency by one-quarter against a 65-mph speed.

So the widely-publicized CAFE average requirement of 54.5 mpg in 2025 actually translates to a window-sticker combined rating of 43.6 mpg--which is, for the record, lower than several of today's Toyota Prius hybrid ratings. 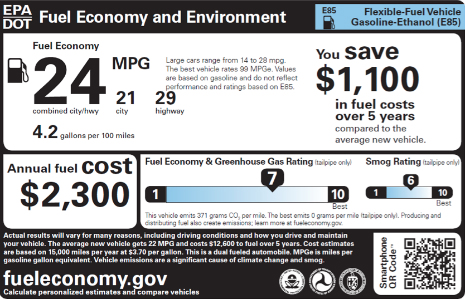 This all adds up to a mess.

The stakes get higher when you realize that the EPA itself says a 2025 car will cost $2,600 more in real dollars than a 2011 model if carmakers choose the most cost-effective routes for boosting gas mileage.

Carmakers we've spoken to scoff at that estimate, saying the real cost might be double that--although crying wolf is a not-unknown tactic among auto engineers who (understandably) tend to dislike new rules in general.

This has all reignited debate over whether the CAFE and EPA window-sticker gas-mileage testing should be modified or updated.

It's always possible; the 2009 switch from "two-cycle" to "five-cycle" testing for gasoline vehicles added three more rigorous tests to the well-known "city" and "highway" ratings.

And such changes are more procedural than public.

President Barack Obama may have joined the head of the EPA to announce the new 2017-2025 CAFE requirements for 54.5 mpg.

But the rules and details of how those numbers are calculated are negotiated by government rule-makers and automotive engineers on the compliance side and rarely make it into the news.

Still, we can't help but be pessimistic that anything meaningful will change. So we can only leave you with the famous words, once again ..

"Your mileage may vary."