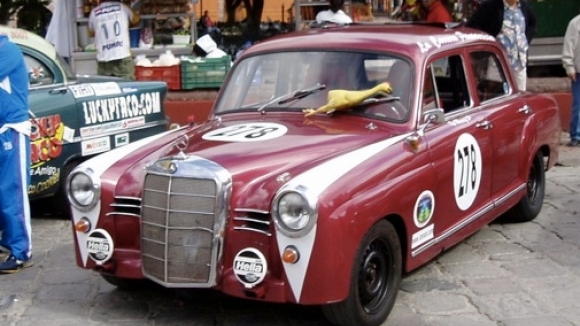 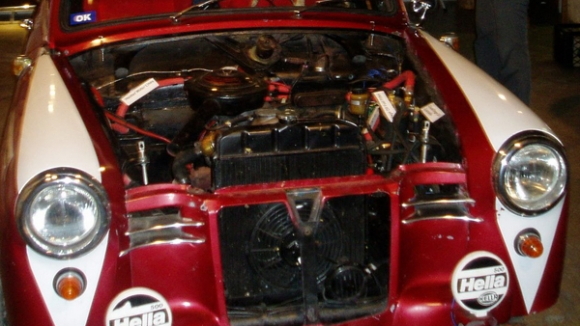 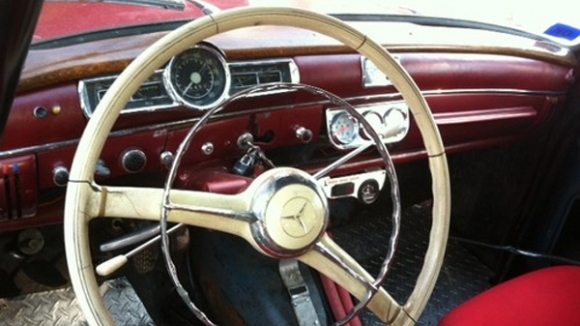 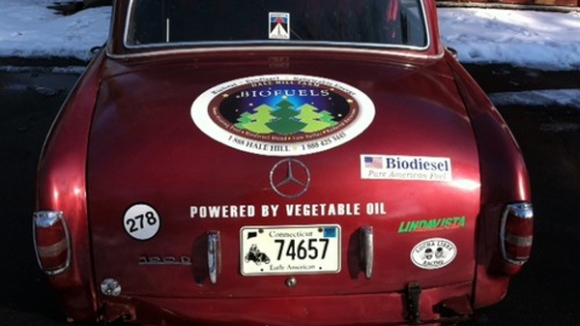 4
photos
Just because a car is old, or because it races, it doesn't mean it can't be green.

Mercedes-Benz has been building diesel cars for what seems like an eternity--indeed, they were one of the first to produce a diesel production car.

One such example is this 1959 Mercedes-Benz 190d that just sold on eBay (via Bring A Trailer). It might be old and it might race, but running on biodiesel it's environmental impact is much lower than you'd expect.

Okay, a 1950s diesel racer may not be the cleanest on tailpipe emissions, but these old Mercedes diesels run a treat on biodiesel--or even neat cooking oil, according to some owners. No fossil fuels here.

This particular racer was built for the 2008 La Carrera Panamericana road race, and ran on waste vegetable oil--the first such car to compete in the race. The waste veg oil kit was included in the sale.

Naturally, as a racer the car has had some upgrades. The brakes and suspension have been enhanced, and the car runs on steel wheels from a later 1970s Mercedes.

The interior runs a pair of racing seats rather than the standard setup, but the dashboard looks original--and it still has the original four-speed column change.

The engine itself is a naturally-aspirated four-cylinder diesel, of a modest 1.9-liters capacity. There are no power figures--we doubt it's lightning quick--but old Mercedes diesel engines have a reputation for out-living their owners with only basic maintenance.

If you drove it sensibly, it might even return pretty good economy numbers. We'd also guarantee you'd look cooler turning up in this than you would a modern Mercedes. With a sale price of little over $6,000, whoever bought it got one heck of an old car.

And it's a good example of how you can keep old cars on the road, while minimizing their environmental impact.