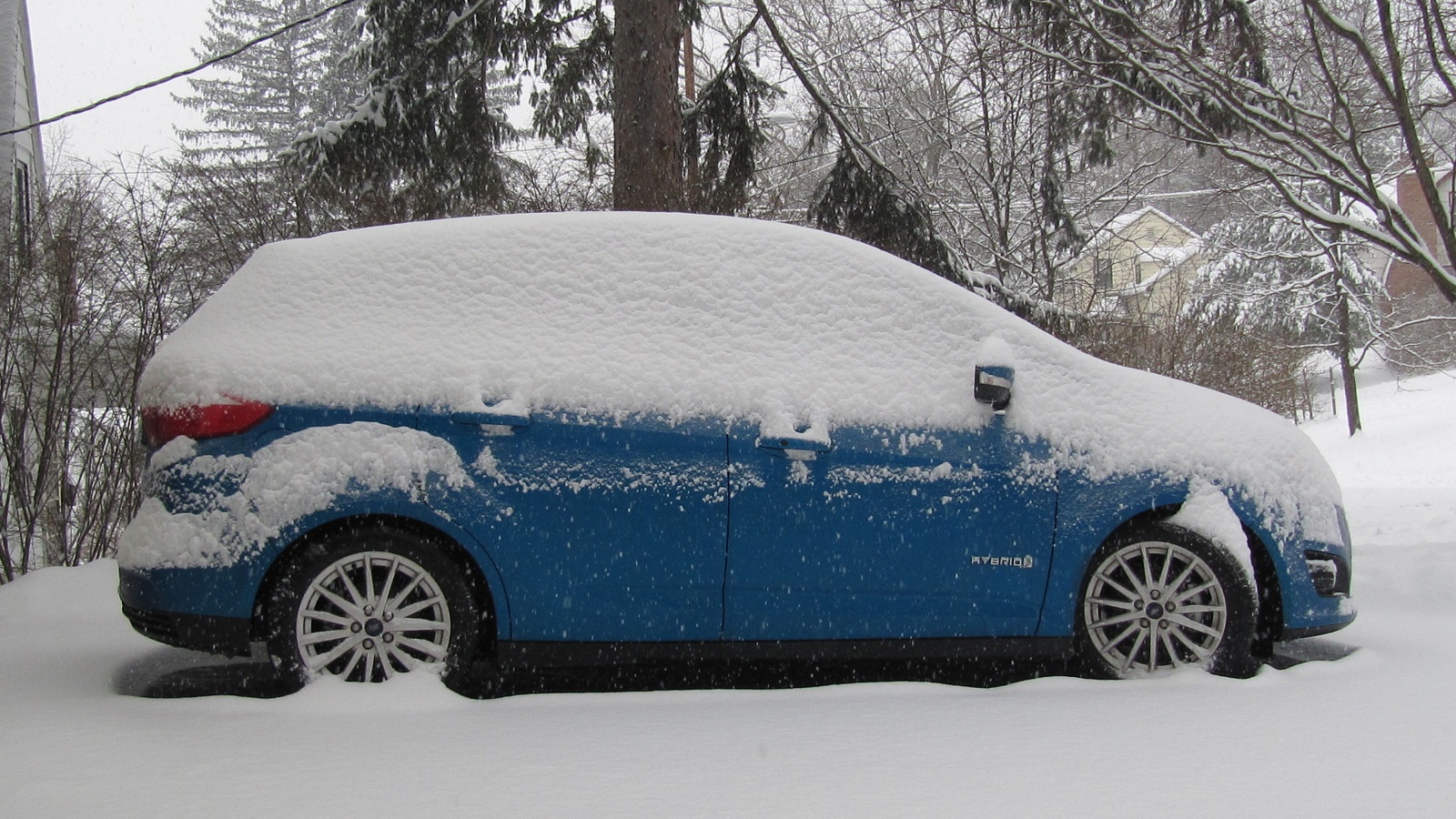 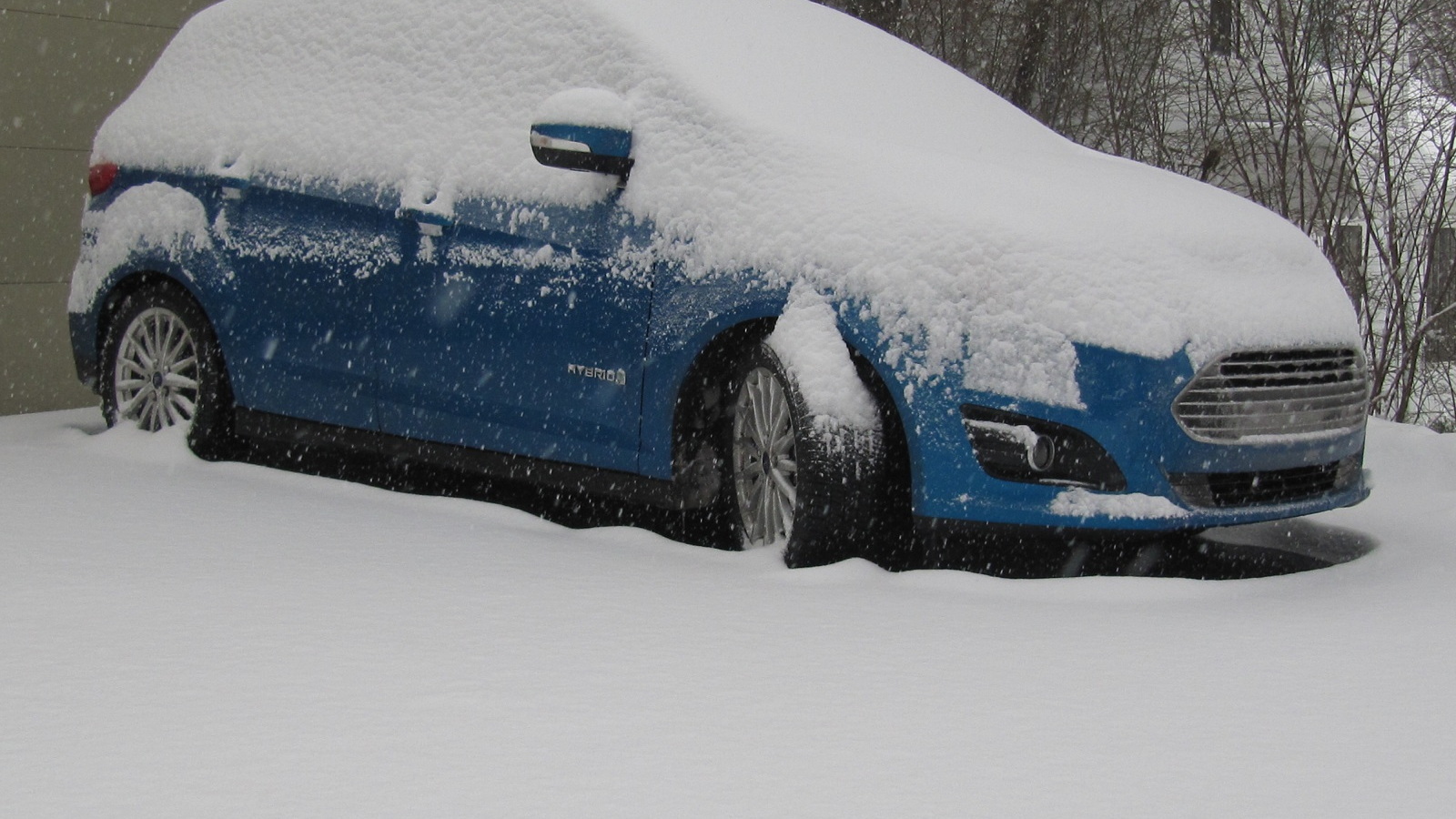 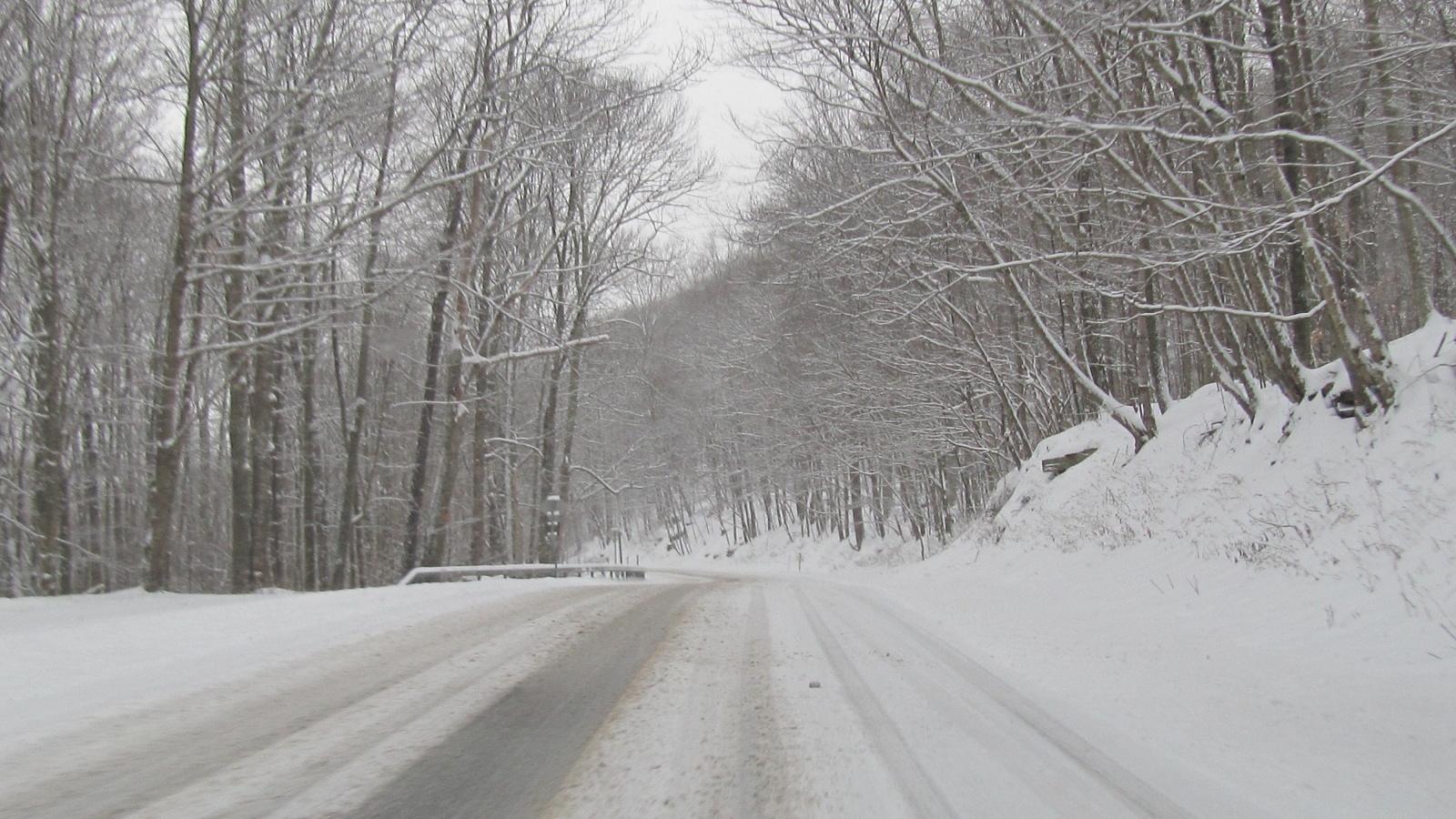 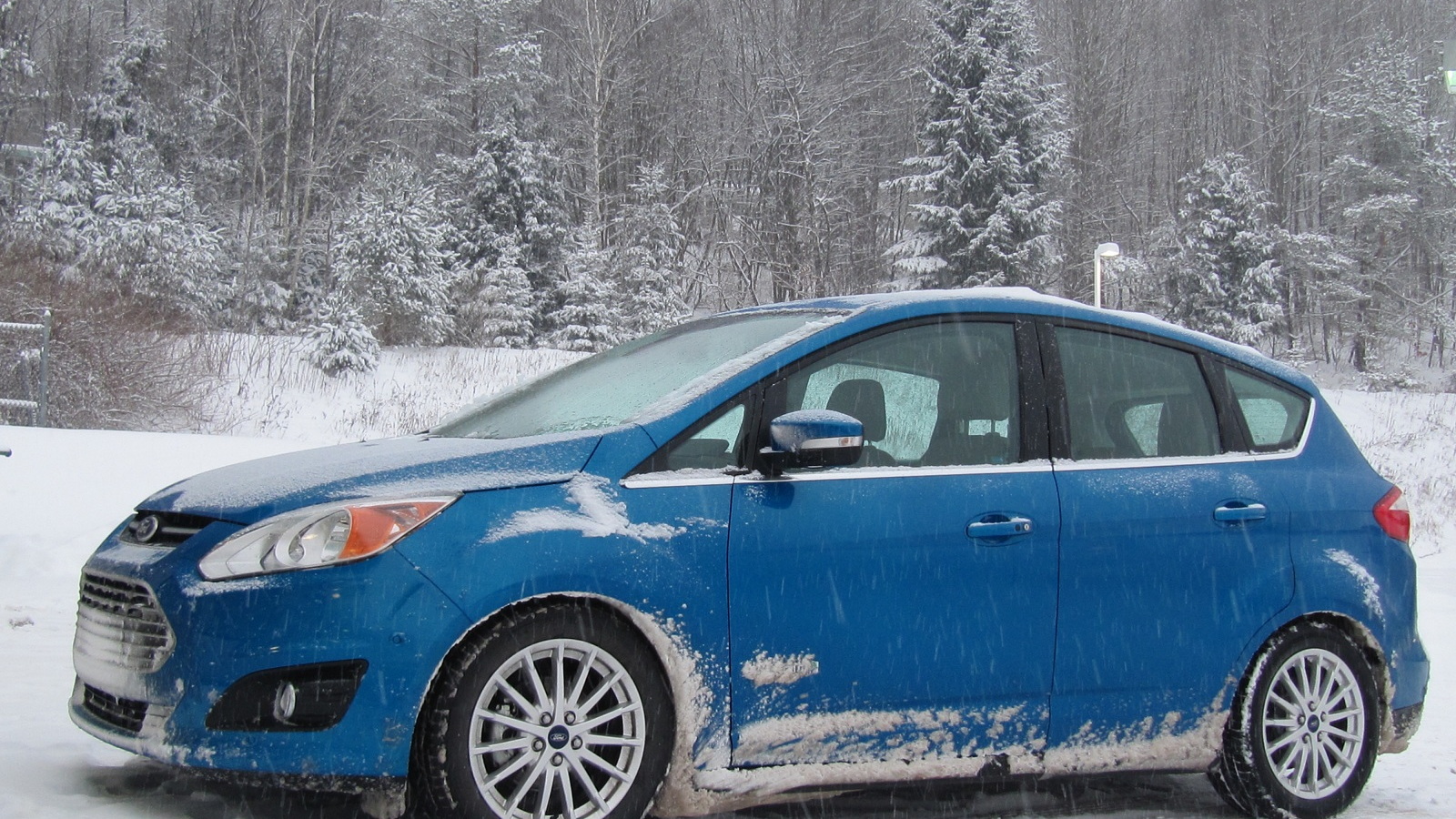 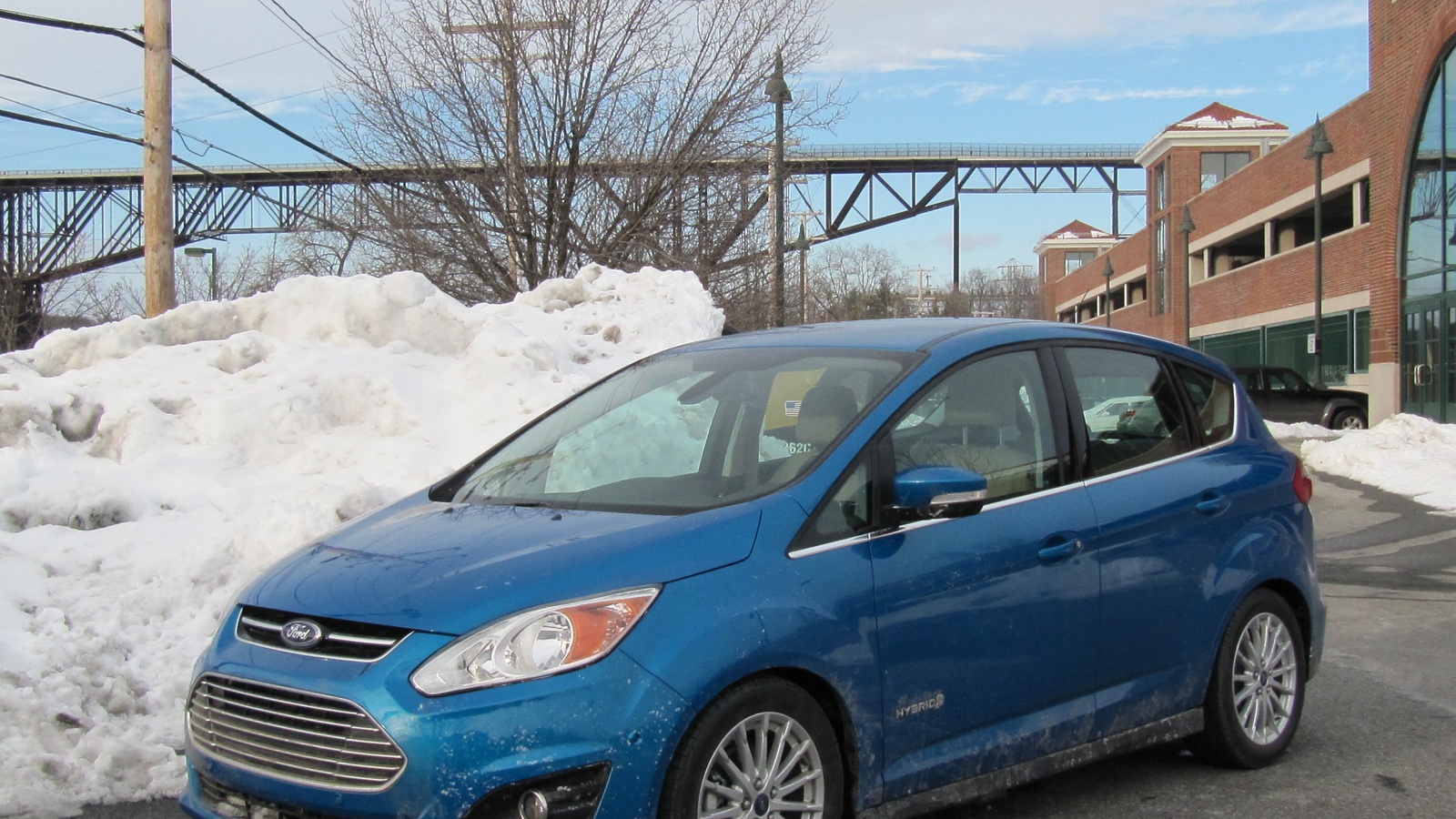 The 2013 Ford C-Max Hybrid is a comfortable, quiet, well appointed five-door compact hybrid hatchback that appears to get 35 to 40 mpg in most real-world usage.

But it is not a 47-mpg car, from the bulk of the evidence available.

The C-Max is selling well--much faster than the original Prius did when it first went on sale, as Ford points out--and in many respects, it's a more pleasant car to live with than the Prius.

The engine is far better insulated, so it doesn't rev nearly as loudly and sound so desperate under heavy acceleration.

There's quite a lot more power from the combined hybrid-electric powertrain--188 hp versus 134 hp for the Prius--so it feels somewhat stronger under many traffic conditions.

And the interior is more conventional in its design, and considerably richer in materials than that of the Prius.

But in our experience, the Prius gets real-world fuel efficiency of 44 to 50 mpg in most circumstances. (Not all, but most.) It's rated at 50 mpg combined by the EPA.

And in those same circumstances, the C-Max appears to get 35 to 40 mpg.

That's a high number for a compact car, especially one as capacious as this, and would be admirable--except that the C-Max Hybrid is EPA-rated at 47 mpg combined.

It appears that few owners are able to get anywhere close to the EPA rating, as Consumer Reports and other outlets learned.

The usual caveats apply: Temperature matters, and driving style matters a lot, as do average speed, trip length, and a host of other factors.

You would expect a heavier, more powerful, and less aerodynamic vehicle (the C-Max) to get rather lower fuel economy than the Prius.

And it appears that's what happens in the real world.

The we got a C-Max to test over a quick weekend route that was meant to be a full road test, but had to be cut short for unrelated reasons. That time, we got 40 mpg over 240 miles, mostly at freeway speeds.

To spend several days of varied use with a C-Max, we borrowed one over the end-of-year holidays--the same one, as it turned out, we'd borrowed last fall.

And we blended freeway driving, snowy weather low-speed driving, running around town, and everything else into a six-day test that covered 650 miles.

The results? Over that distance, we achieved 34.5 miles per gallon. That mapped closely to its lifetime gas mileage, which--according to the end-of-trip readout--was 35.5 mpg.

By that time, the C-Max had 5,600 miles on it, hardly a new car, so we assumed it was fully broken in. Of that distance, 1,574 miles (28 percent) had been covered solely on electric power.

Hybrids get notably lower mileage in the winter, due to reduced battery performance and greater use of power-sapping heating.

So we'd expect the same route at the same speeds to produce fuel efficiency readings more like 38 to 40 mpg in temperate spring or fall weather.

On the other hand, a lot of our winter driving was on slippery or icy roads where 30 to 50 mph was the maximum safe speed. In the summer, we could have covered the same ground far faster--cutting fuel efficiency.

Don't get us wrong: We like the C-Max, and we think it's an excellent and competitive addition to the ranks of green cars from Ford.

We just think that its EPA ratings are far less representative of what most owners will get in real-world use than are the ratings for almost any other car--including the Prius lineup.

And we worry that will become a problem for Ford in selling this important new model.

The EPA said last month it will study the issue of C-Max Hybrid gas mileage, as well as that of the new 2013 Ford Fusion Hybrid that shares its powertrain.