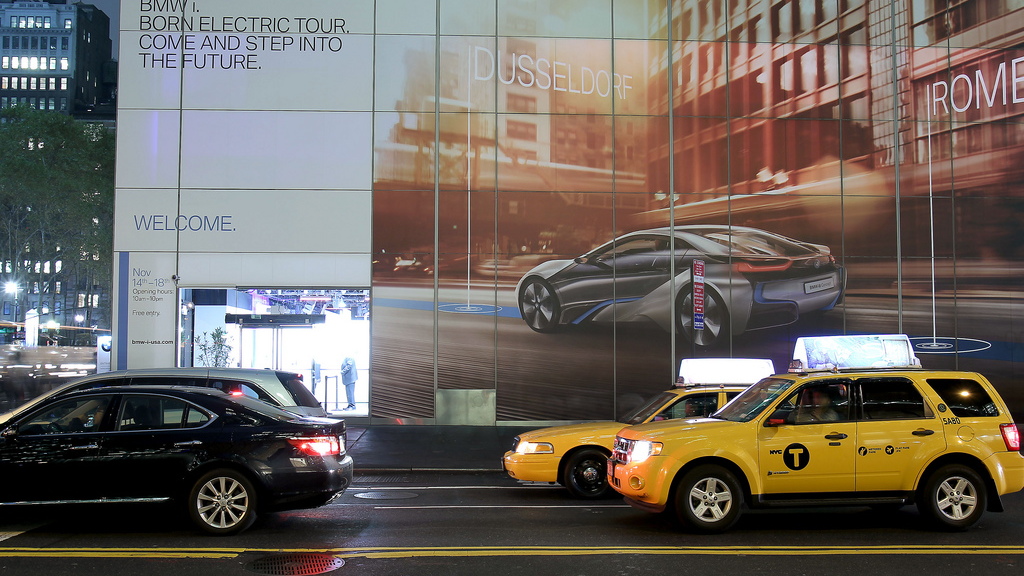 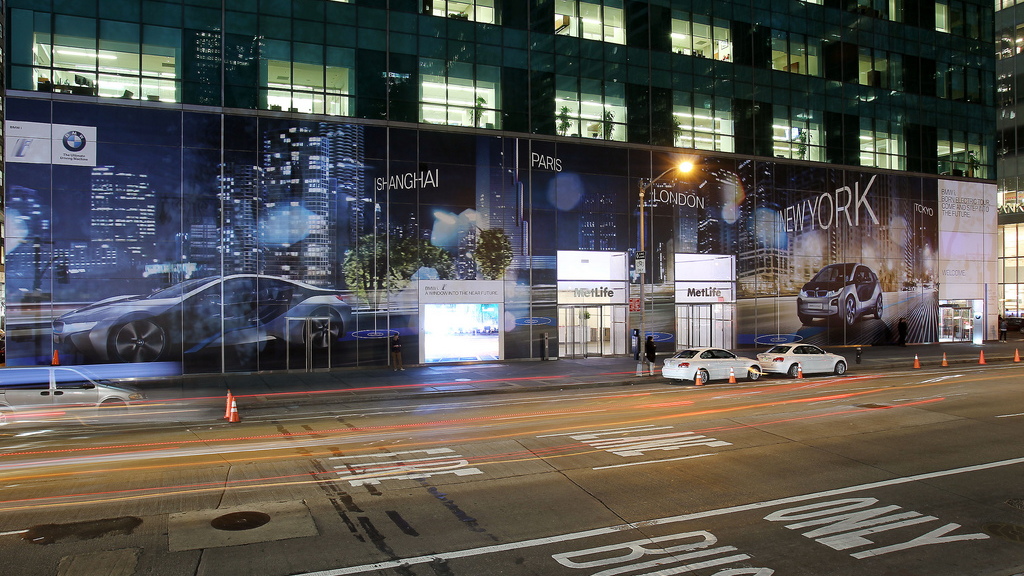 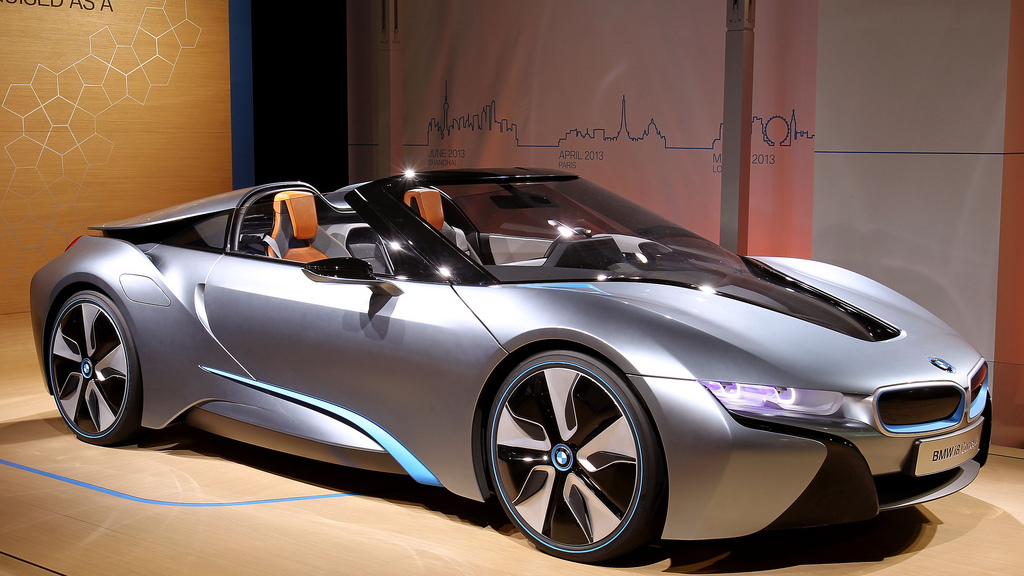 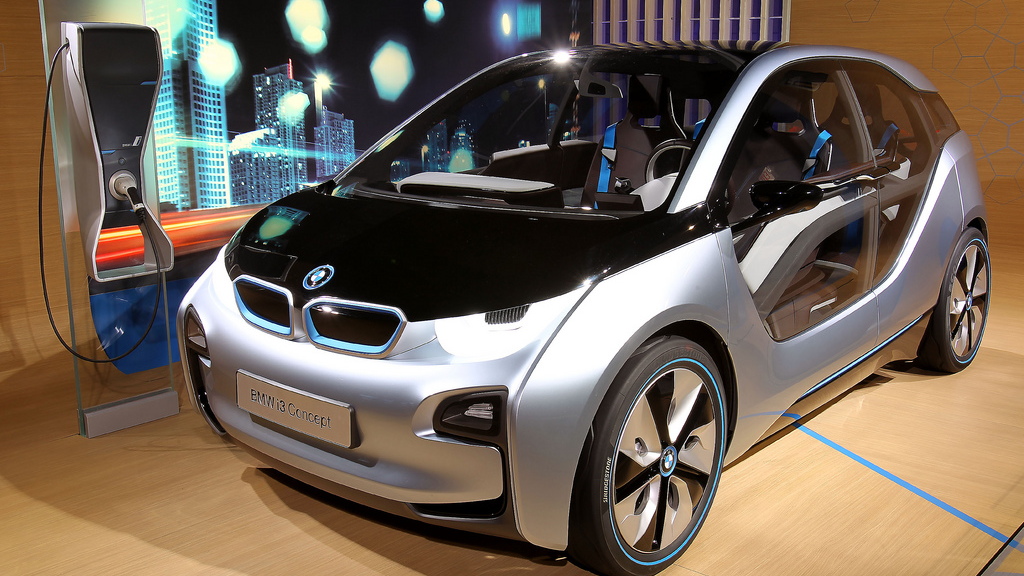 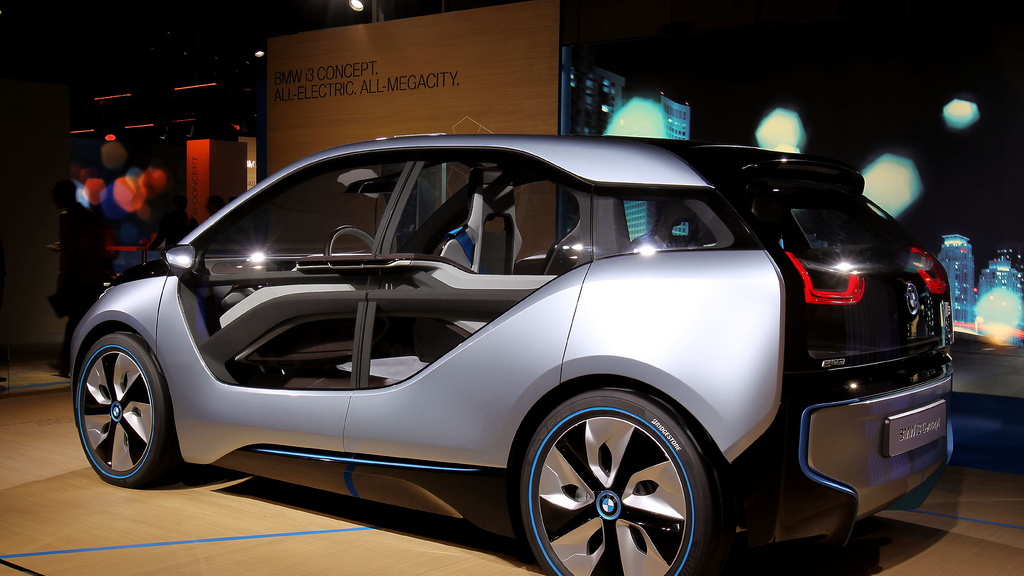 8
photos
Not only is BMW talking about its commitment in its plug-in car plans, it's putting that confidence on display, too.

The BMW i 'Born Electric' world tour has just kicked off in New York City, putting the company's electric and plug-in products on display for all to see.

Running for a week in Manhattan, the tour showcases not only BMW's upcoming plug-in vehicles, but aims to explore the issues of future mobility too.

Speaking recently in a teleconference, BMW's Norbert Reithofer explained that BMW's mission is about far more than electric propulsion alone, and BMW is looking at materials, the way cars are used, and sustainability right through the value chain.

The event in New York marks the first appearance of the BMW i3 electric urban compact and i8 Concept Roadster, a plug-in hybrid sports car, in North America.

The i3 is an electric compact car designed primarily for use in cities, and has been specially developed as an electric vehicle.

Using lessons learned from the MINI E and BMW ActiveE projects, the i3 mixes performance with efficiency, combining an 80 to 100-mile range with a 170-horsepower electric motor.

The i3's chassis is made from a carbon-fiber reinforced plastic composite, for both strength and lightness, and BMW is also expected to release a range-extended version for those who venture further afield.

A great deal more sporty, the i8 Concept Spyder is BMW's proof that cars can be green and exciting at the same time.

Due in 2015, the Spyder features a 1.5-liter, 3-cylinder turbocharged engine producing 220 horsepower. It sends power to the rear wheels, while the front wheels get an extra 129 horsepower from an electric motor. Claimed top speed is 155 mph, with 0-60 mph in 5 seconds.

Even better, the car could reach as high as 80 mpg, with an all-electric range of around 19 miles.

BMW's research has been carried out in conjunction with New York University, and highlights that changing economic and demographic conditions mean future urban transport could look very different from today.

The study predicts future urban residents will move further away from car ownership, but still place value in smaller, more efficient, 'networked' vehicles to move around.

It also raises the issue of a good transport mix, barely a few weeks after New York's own wide selection of public transport options helped the city get back on its feet after Hurricane Sandy.

The Born Electric tour explores all these future possibilities, while also showcasing the cars themselves. BMW is also continuing to develop its DriveNow car-sharing service--which electric cars will play an ever-greater part in.

The event is already open to the public, and runs until 10 pm on Sunday, November 18.

You can read more about BMW's Born Electric tour in our previous coverage.