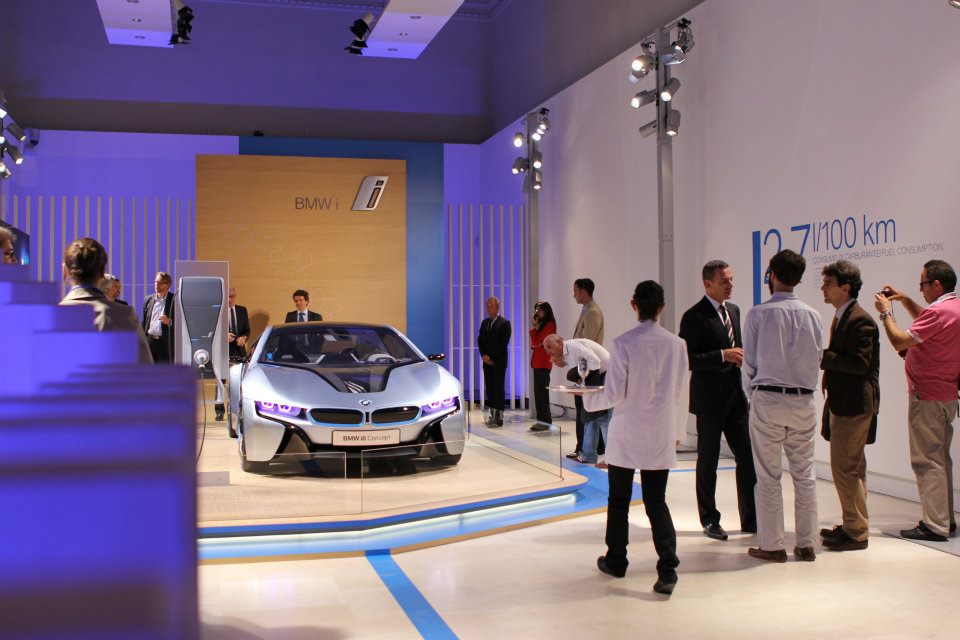 Before the 2014 BMW i3 is officially launched as a production model, the innovative all-electric minicar is going on a whirlwind world tour--chaperoned by its more powerful, sexy, and sleek i8 plug-in hybrid sports coupe sibling.

The pair of concept cars just completed the first of seven stops they will make over the next year for what the maker calls the "BMW i Born Electric World Tour."

After spending a few days in Rome two weeks ago, the tour heads to Düsseldorf in September, followed by Tokyo (October), New York (November), London (January), Paris (March), and then Shanghai (June).

The first two vehicles in the BMW i range will be the i3 and the i8. The i3 is a four-seat, five-door subcompact hatchback with a 22-kilowatt-hour lithium-ion battery pack and a projected range of 80 to 100 miles.

There will be an optional two-cylinder gasoline range extender that can be ordered for the i3 if desired, but standard model will be pure electric.

The BMW i8 is a plug-in hybrid 2+2 sports coupe that offers up to 22 miles of electric-only driving. Its electric propulsion comes from the same 170-horsepower electric motor found in the i3, driving the front wheels of the i8 (the i3's electric motor powers the rear wheels).

The i8's gasoline engine is a 220-hp, 1.5-liter three-cylinder that powers its rear wheels. BMW says the i8 will accelerate from 0 to 60 mph less than 5 seconds.

Both concept cars will be the main attraction on the tour, but "each country will develop unique programming," according to BMW's Stacy Morris.

The November visit to New York City, for example, will include a series of workshops, discussions, and exhibits centered around sustainability.

Topics will include the use of carbon fiber in BMW i cars, sustainable manufacturing, battery charging (both home and public), and such new types of mobility services as car sharing. 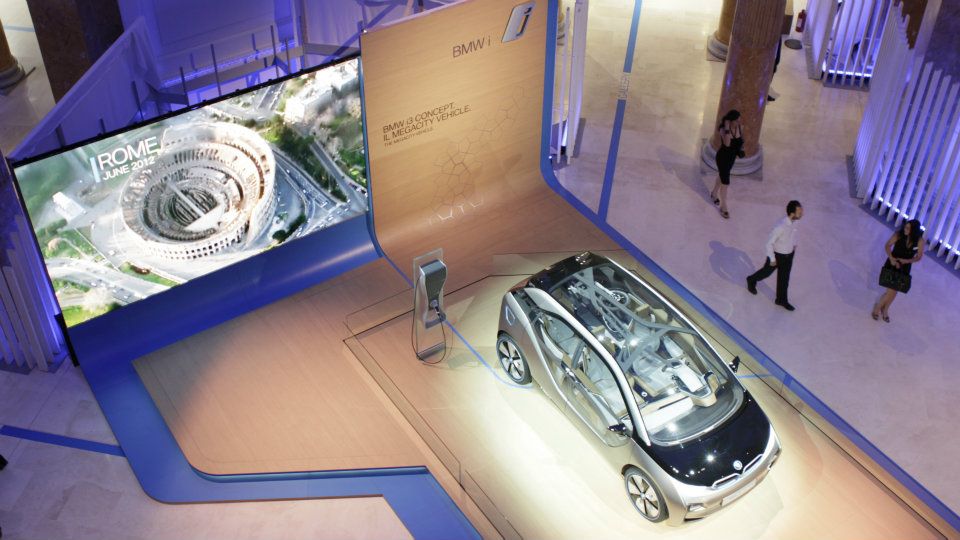 The next stop will be Düsseldorf in September. It's the only stop in BMW's home country, so it will no doubt be a grand presentation--perhaps offering some new information on the cars.

The i3 will still be about a year away from its rumored launch in September 2013, so I wouldn't expect too much information just yet. BMW rarely offers much on new models until close to launch.

However, given that this is a year-long tour, I can't help but think that BMW will offer a few nuggets of news along the way to keep it interesting and to keep the media focused on its unusual new cars.